Cookiee Kawaii speaks on her creative process, mixing activism and art, and her fascination with Japanese culture.

TikTok is rapidly proving itself to be the new frontier of stardom and music discovery. The app allows people to rediscover old tracks, or redefine what new music needs in order to connect with listeners. Spoiler: Huge hits must be either meme-able or danceable.

Cookiee Kawaii has personally experienced the catalysing power of TikTok with her song “Vibe”. It is a soft-house, dreamy track with a great snapping beat that has quickly become a social media sensation. Even though the track was out for over a year already, it was the use of “Vibe” in over two million TikToks and subsequent support of celebrities like Doja Cat that pushed the song to the top of Spotify’s Viral Charts earlier this year.

With the track’s newfound fame, a lot of doors are set to open for the genre to which it belongs – Jersey Club. While the name might be unfamiliar, artists like Drake and Ciara have certainly been inspired by the electronic club music. The genre sets itself apart by its staccato, high-tempo songs that are heavy on the sampling and the dance breakbeats.

As a native Jersey girl, Cookiee Kawaii was pretty much born into the genre and has been active in the scene for over a decade. With her vocals that switch effortlessly between a smooth sultry tone and rapid-flow, as well as her exuberant personality, it was only a matter of time before Cookiee Kawaii would make it big. To have her breakthrough take place during a lockdown, however, is not exactly ideal.

Determined to mark the song’s success as a starting point of her career, rather than a one-time highlight, Cookiee Kawaii spoke to Notion about her creative process, mixing activism and art, and her fascination with Japanese culture. Most importantly – she tells all on what to expect next in a post-“Vibe” era. 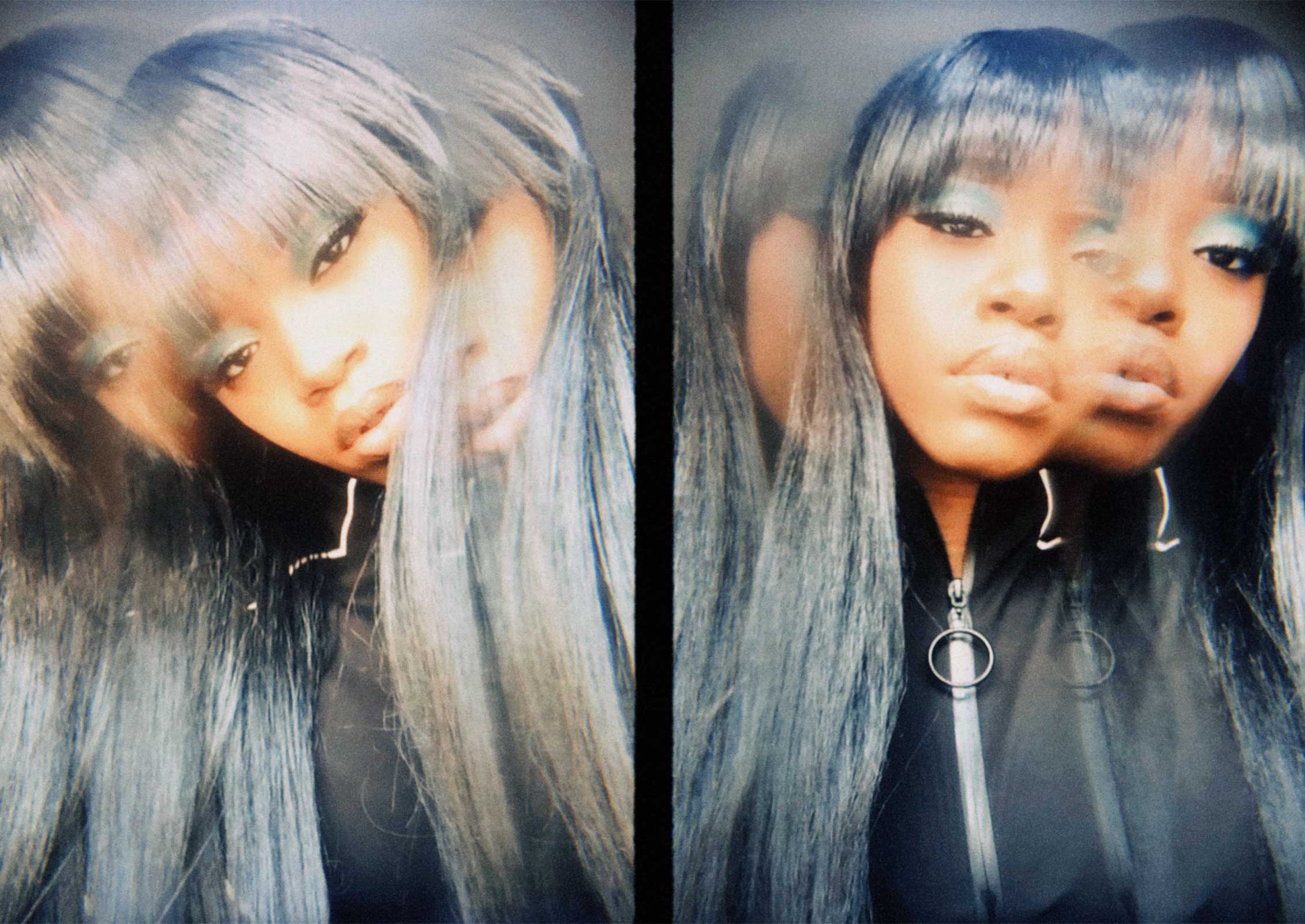 Congratulations on the huge success with “Vibe”! Its success is partly due to the track going viral on TikTok – were you an avid TikToker yourself prior to the song becoming big on there? Or did you join after the song was getting traction?

When the song went viral, I didn’t even have a TikTok account. My friend, she’s a dancer, her name is Legacy – she actually contacted me, DM’d me on Instagram and told me that the song was doing pretty well on TikTok. So after that, I made an account and just instantly jumped into the promo!

Do you remember the moment when you first realized that this song was going to become this big? I can see how that must’ve been slightly surreal, especially since the song had already been out for quite a while. Did it give you a newfound appreciation for the track?

The song “Vibe” is based in Jersey Club. What does the Jersey Club genre mean to you, and how did you get into it yourself? You grew up in a musical household so that must have helped.

Both my parents are DJ’s and they basically played a lot of house music around me so just growing up with that kind of sound – it’s definitely been something that I’ve always had around, but Jersey Club is everything to me. I literally grew up with the sound – being in Jersey. My goal is really to make Jersey Club mainstream – put the world onto it and the culture, the dance culture, the musical culture. There’s just so much that Jersey Club has to offer. It means everything and that’s why I’m really just pushing it and my next project is going to be all Jersey Club, too.

You’ve been making music for over a decade; how has your style changed over time? Is “Vibe” a good first representation of your music overall?

My style has changed mainly just with my delivery and even still, I’m still working on it. I feel like I always had a different approach to making music but ultimately, I keep getting better whether it’s with singing or just my delivery or cadence when I rap. I think I’m always forever evolving and as far as “Vibe” being a representation of my music, I think it’s definitely a piece of what you can expect when it comes down to Jersey Club music from me but it’s definitely not all I have to offer. I have other songs that I feel like if you listen to, you’ll understand me as an artist more than just you know, throwing it back!

What do you normally like to write about and what’s your creative process like? You just came out with a track you created during an IG live as well.

I write a lot of love songs. Love songs, dance songs; but mainly Love songs. My creative process is listening to instrumentals and while doing that I come up with lyrics and it just kind of goes from there – I structure the songs. My song “Quarantine and Chill” I made on live – I was freestyling to a completely different beat on the live but ironically my producer sent me another beat the next day and it just meshed and “boom” – “Quarantine and Chill”.

“Vibe” is a very upbeat, fun song. I can imagine, though, that events like the BLM movement and the continued importance of Pride also impact your creative process immensely. Would you see yourself mix activism into your art in the future?

Of course, anywhere where you can use music or your voice or just anything to represent or just make people more aware of what’s going on, is always a positive. I definitely want to incorporate plenty of things from Black Lives Matter to the LGBTQ community – just adding a lot of these topics into my music but also into my visuals so we can just spread awareness. That’s so important. 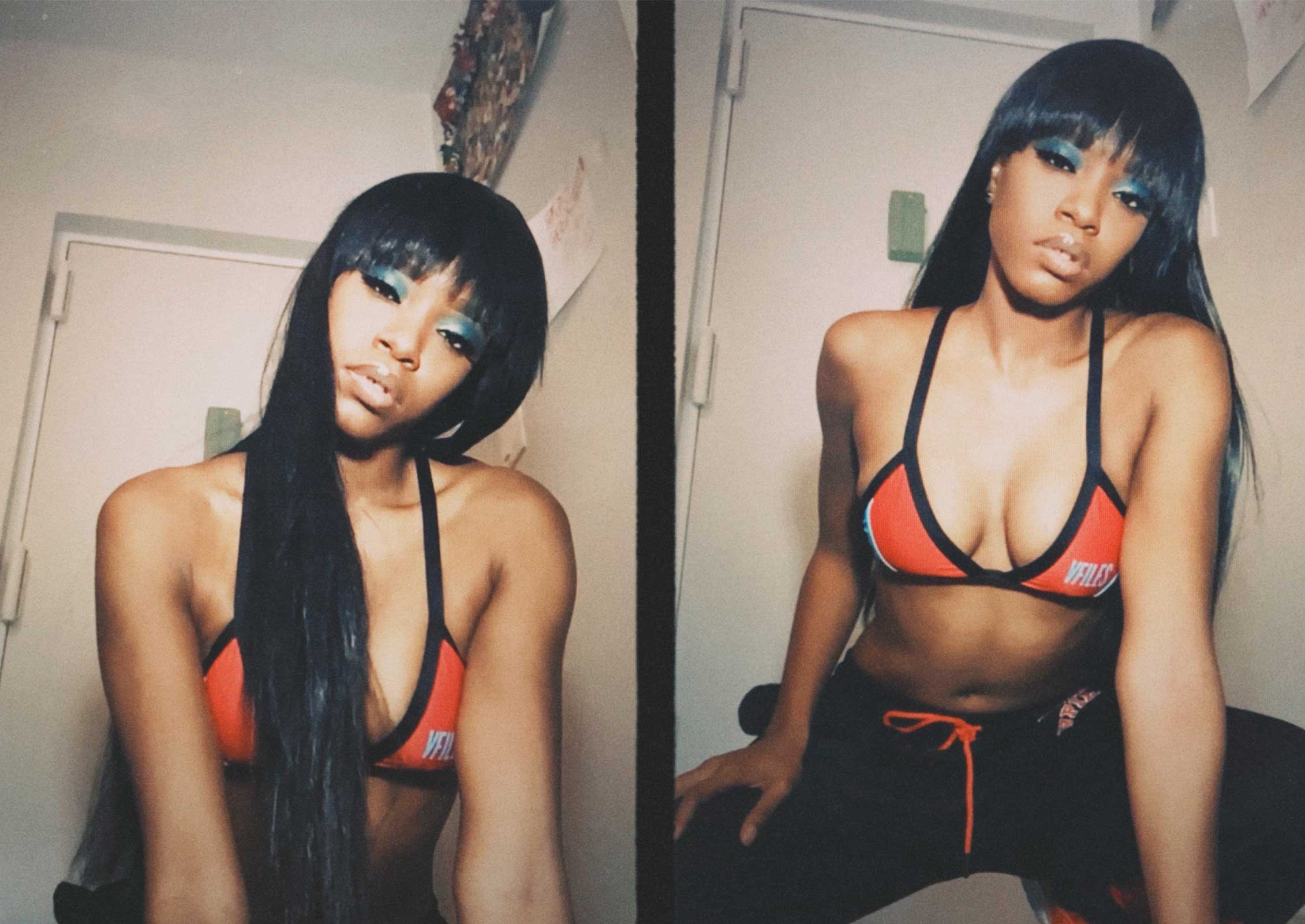 What with Jersey Club having a real breakout moment as a genre right now, who are your current main musical inspirations?

Generally – right now I listen to tons of different stuff. I couldn’t even pinpoint anything specifically but ultimately I’ve been listening to a lot of Jersey Club to be honest. A lot of the younger producers from MC Verd of B Goody or Steeze The Producer. I’ve been listening to a just a lot of club music to really keep me grounded – because like I said, that’s what I really want to put out – club music.

“Vibe Part 2” and 3 are definitely continuations of Vibe – they relate because they’re technically the same songs just different parts; but ultimately if you listen to them all back to back it’s really an experience – like they sound the same but they’re not the same – it’s dope.

Your artist name is a tribute to both your favourite snack and your love for Japan and anime. What sparked your interest in Japanese culture?

As a kid my mum used to watch a lot of Kung Fu movies so that made me just love martial arts and just the style of movies and how they do things but it was also watching cartoon network late at night or Tsunami I got into animé – Lupin The Third, Dragon Ball Z, I watch a lot of stuff. I’m sure there’s a ton I haven’t watched because there’s a lot of categories but a lot of animé as a kid just sparked my interest in it and it still does. I love animé and I love manga as well.

I love the style of the animated music video, how did it come together? There were some fun references to the people involved in the TikTok trends!

For the video I basically reached out to the animator Chaz Straws he’s really dope and we just discussed what we wanted to incorporate into the video from some of the dancers from Tik Tok and Jersey Club dancing – just my whole concept and he really made it come to life. It was just dope, I love it and I hope it leads to me having my own cartoon or something, video game, whatever – that’s why the whole animation approach is always good!

Being in lockdown whilst your song is exploding must have been a very strange experience. However, it has also given you the opportunity to seize the opportunity to really connect with new fans. I love that you do so many lives and actively involve your followers! Is that something you will continue to do in the future?

Yes, I was actually live at 3-5am in the morning talking about the same thing and I said that I always want to connect with my fans and I don’t think it’s something I wouldn’t keep doing. I really love the raw experience. I used to go live and just talk to people before all of this, so doing it now even when I haven’t met my fans – and yes they love my music but they don’t really know me – so these lives are these moments where you can connect. If I’m going live that often then you can really get a more raw experience. It’s not like it’s a YouTube video and I’ve vlogging – this is raw uncut me. So I’m definitely going to keep doing that in the future.

Aside from an official video for “Vibe”, what else can we expect from you in the future?