Digital Cover: Nella Rose is Living in the Moment 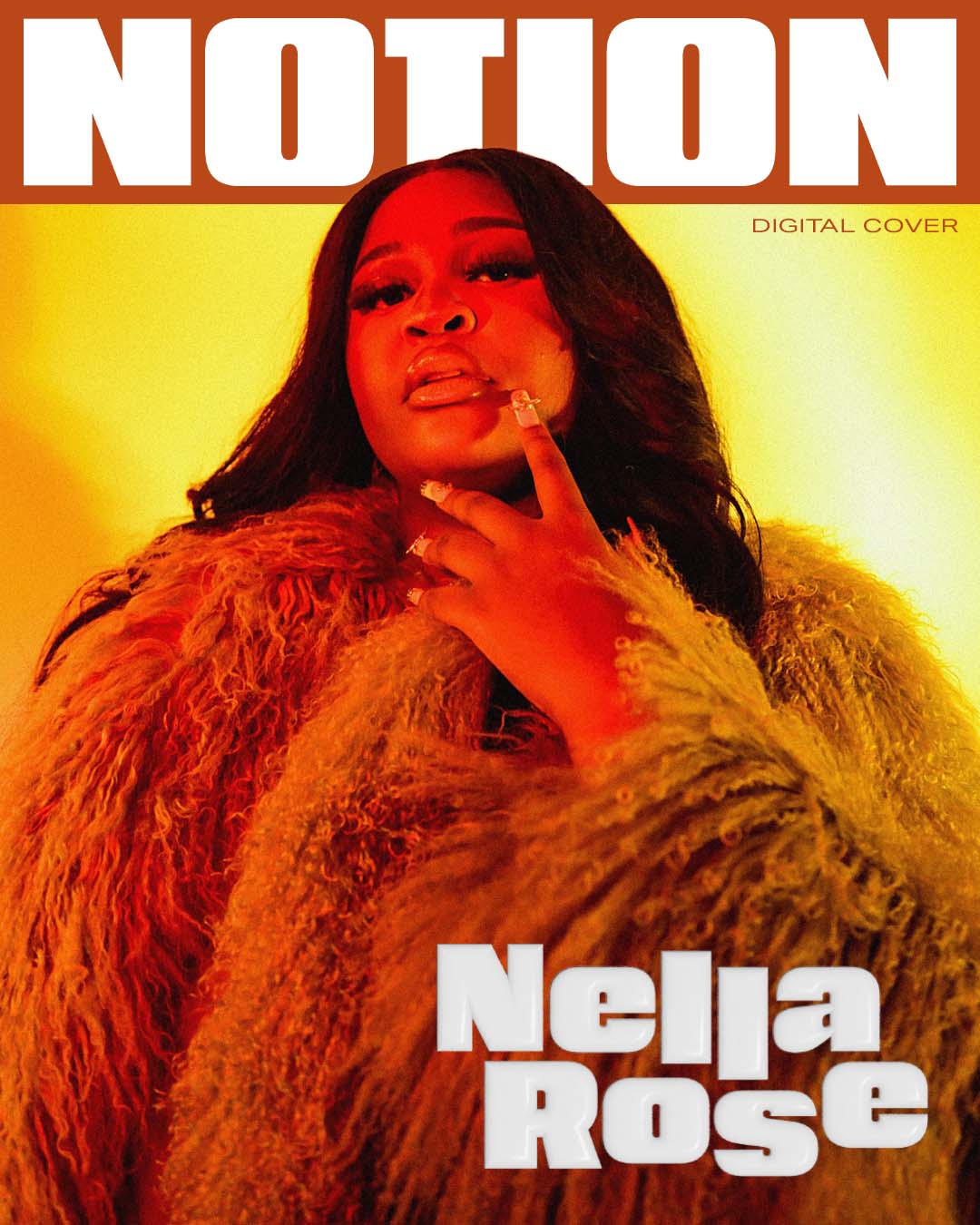 Although most of us will never be in a room with Nella Rose, her infectious laughter, no-filter ad-libs and feel-good aura create the sense that when you’re watching her onscreen, you’re connecting with a long-lost friend. Gracing the phones and laptops of her 600,000 Instagram followers daily, over the last six years of content creation Nella has cultivated a career as a successful influencer, entrepreneur, online personality, and interviewer. Working and mastering various platforms, while accumulating a huge following on almost all, Nella’s inimitable warmth is the real secret to her success.

Growing a YouTube community of now over 750,000, with a combined 81 million views, it’s Nella’s comedic abilities that have also struck a chord. Whether doing a makeup tutorial, or playing a game with frequent collaborators Chunkz and Yung Filly, she’s built a name as one of the most loveable and down-to-earth public personalities out there.

This year has seen Nella return to MTV’s hit-show Catfish UK for another gripping season alongside co-presenter Oobah Butler. Helping those in online relationships desperate to meet their other halves, the newest set of episodes offers fans plenty of the heart-wrenching storylines and jaw-dropping betrayals they’ve come to expect. It’s fair to say viewers won’t be disappointed.

We caught up with Nella to find out her biggest career milestone so far, what to expect from the new series of Catfish, and that time she ran a restaurant in Ibiza. Dive in and watch Catfish UK Season 3 every Wednesday at 10pm on MTV! 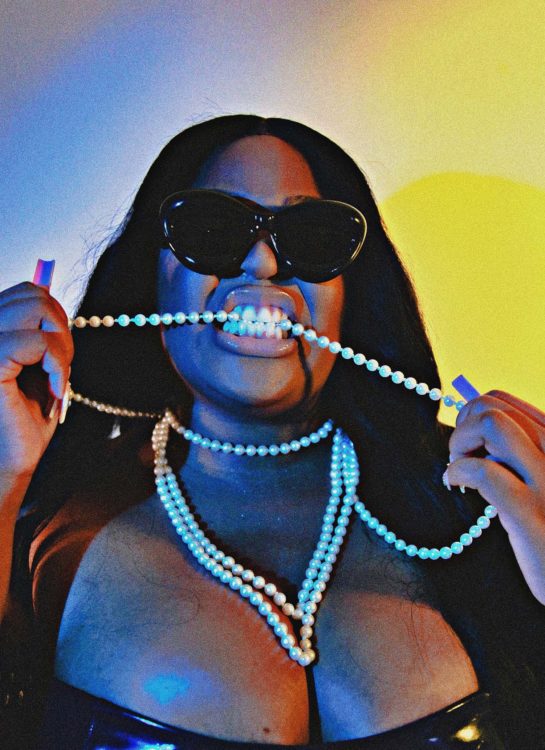 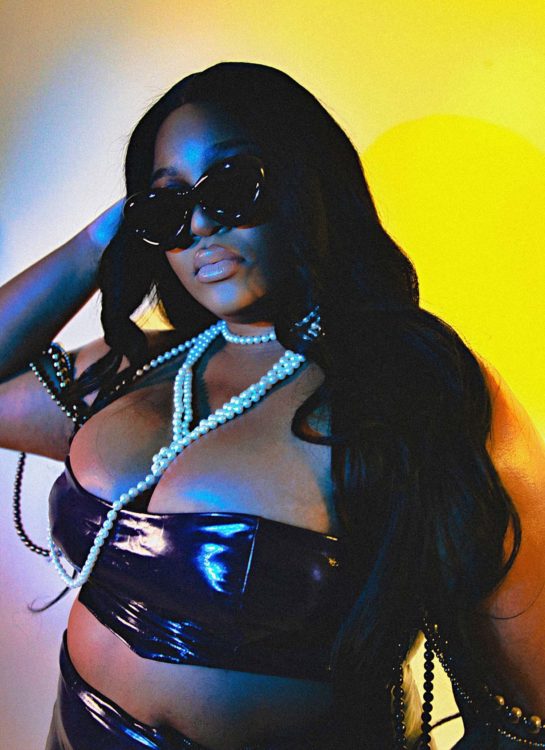 You’ve been building the ‘Nella Rose’ brand for a few years now, and been massively successful – with 750 thousand subscribers and over 81 million views on YouTube alone. I wanted to start by asking how you reflect on the last few years of your career?

It’s been an amazing ‘onward and upwards’ journey of bigger things, and bigger opportunities. Sometimes I have pinch-me moments and think: ‘Oh my God, this is my life’. But then I remember that I always dreamed of this and so I should just enjoy the moment. Looking back through the years, I’m pretty proud of myself and how far I’ve come. I don’t think I say that enough.

What energy do you feel like you’ve been putting out that’s striking such a chord with your viewers and fans?

It’s the escapism of it all. I think people gravitate towards my content because it makes them laugh, to escape from the harsh realities of life. That’s what I do with my favourite YouTubers.

Who are some of your favourite YouTubers?

Would you say visual media is important to you?

100%, I’d rather watch all of my favourite podcasts. I like 90s Baby Show, my watch time on there must be ridiculous. I watch it every single day, even when I’m doing my makeup, it’s just to feel like I have my friends in the room with me.

YouTube, because I like the creative aspects of it. When I put my videos on YouTube, I’ve sat down, thought of the idea, how I’m going to edit the idea, and how the video is going to come across. Then when you post it and so many people watch it and give you lovely comments, it’s really rewarding. The thing about TikTok, is people only see it for a couple of seconds before they scroll. They don’t really take in all the effort of the editing and the creativity. 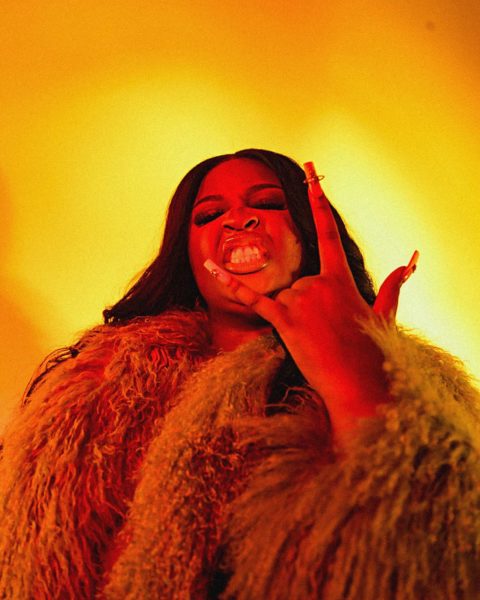 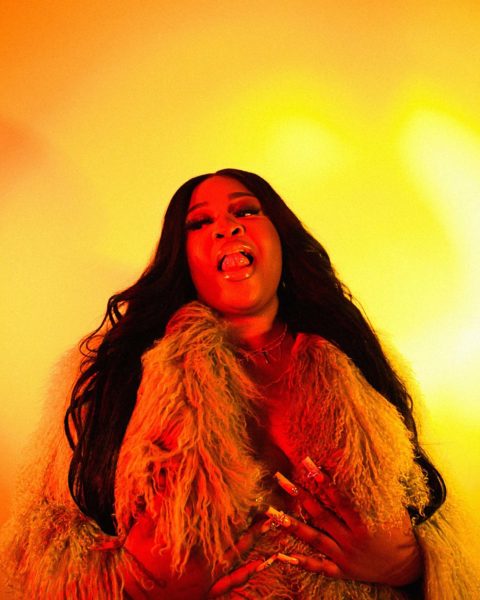 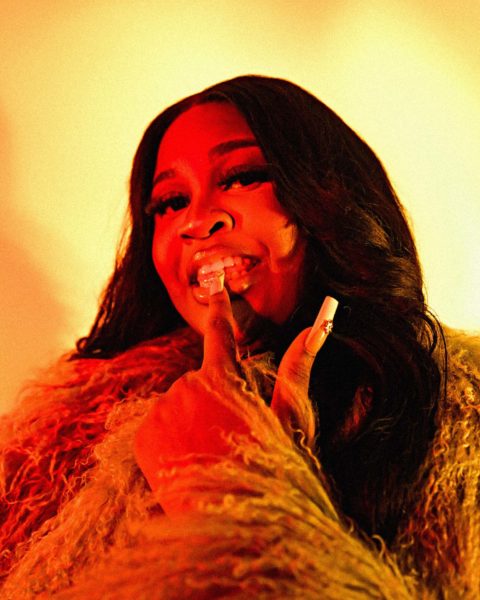 Avoid Instagram. I feel like Instagram is just a platform for people to show the best sides of their lives. It’s just not real, it makes people insecure, and it makes people want to look like a certain aesthetic when you should just want to look like yourself. I loved the old Instagram when people would post real content, now it’s just Facetune – it’s too perfectionist. Marry: TikTok because it shows people’s real lives and it’s such a funny app, I can be on there for hours. I would snog Twitter. The reason I said snog is because, honestly, I use this app like it’s the news.

Let’s talk about some of your ongoing projects. Have there been any episodes that were really funny to make on Footasylum’s YouTube channel? What can we expect on there this year?

I think the funniest Footasylum episode was when we were in Ibiza and were running a restaurant. None of us have ever ran a restaurant before, so it was hilarious because none of us knew what we were doing. There were real customers, we were handling real money, and making food (and the bartender was sexy as well). We were just under so much pressure, I remember thinking, is this a prank?

We have to talk about ‘Catfish’. Were you a fan of the show before?

Oh, please, since I was 14. I was there for all the transitions, from Max Joseph to Kamie Crawford, I’ve been a total stan.

What are you most excited about the new series that’s coming out?

I’m so excited about people actually seeing it, because bear in mind we were shooting this before last summer and it’s almost been a year now. The one thing I can say about this new season is there’s a lot of tears.

Have there been any situations in your dating life where you wish you’d had the Catfish team there to investigate?

Also, ‘catfishes’ are getting smarter, I can FaceTime you using a video of someone else. You can send somebody a live location of a location that you’re not even at, these are things that we’re all discovering on the show. 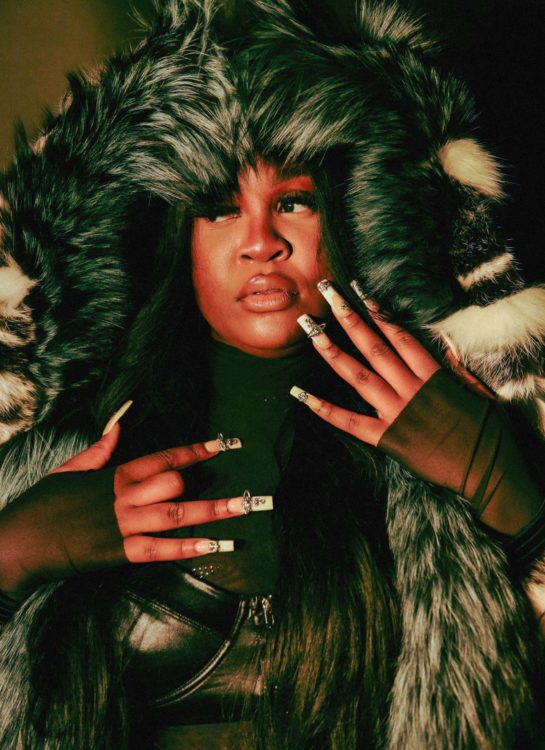 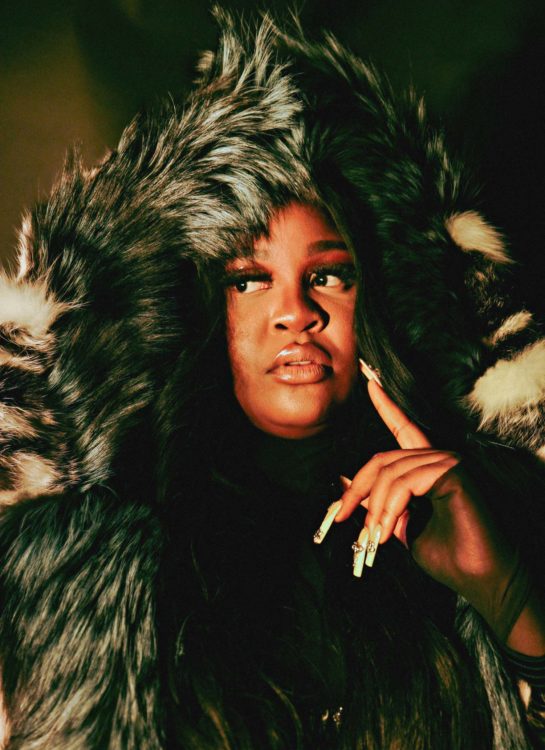 Have there been any pinch-me moments in your career so far? Anything a young Nella would be really impressed by?

Being at the BET Awards for two years in a row. I was in a room with a bunch of American celebrities that I could have only wished to be in rooms with. The BET was definitely a pinch-me moment.

What do you feel is the most rewarding part of your job?

Being able to look after my family, especially after we struggled for so long. You know how much of a sacrifice it is for your parents to come here at a young age, with no money. Looking after my family, my siblings brings me a lot of happiness, because we don’t have to struggle anymore.

For someone constantly in the public eye, what do you do to relax and shut off from the world?

I’m never on my phone. I don’t even need my phone for work unless I’m posting something. Because social media is my job, I don’t like being on there for too long. I like to live in the moment. Our parents went to some of the best concerts of their lives and all they have is one picture, and from that one picture, they can tell you everything that happened that day. 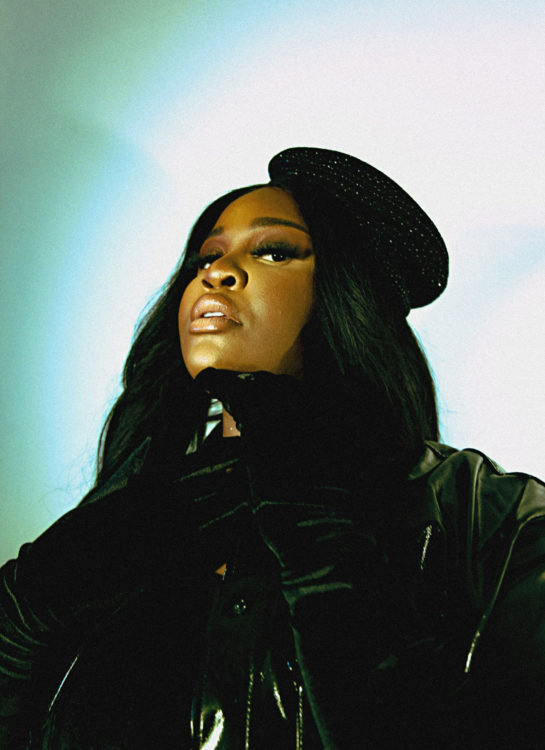 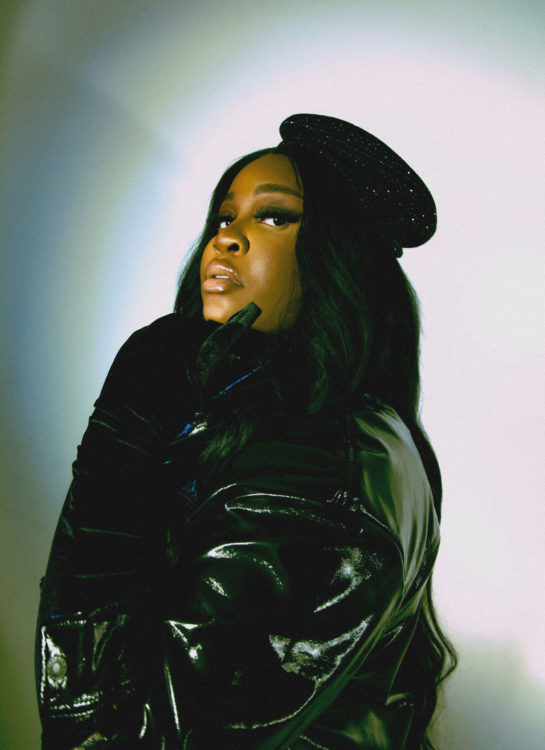 If you could channel the success of any celebrity or public figure – who would it be and why?

Megan Thee Stallion, we have too much in common. She’s lost her mom and her dad, and yet she’s just thriving and is so successful. She’s also a tall girl. Sometimes when I’m figuring out what to wear, as another tall babe I’ll look at her Instagram. I think she’s a very strong human being.

Lastly, is there anything you want to achieve in your career looking forward to? Anything on the bucket list?

I want Catfish to win an award. With everything that Oobah and I  go through with filming and editing it, it would be really sick to win an award for the show.

A third and newest series of Catfish UK is airing now on MTV.

Yas! @Oobahs and @nellarose are back with more huge revelations, special guests and new levels of deception 😬👀 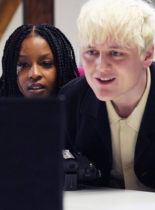 MTV has announced that a new Catfish series will be coming to the UK next month, hosted by Oobah Butler and Julie Adenuga.