With the cities’ underground queer culture blazing with increased interest of the vivid dance known as Voguing, the dance genre is making a strong comeback. DJ, Host and activist Jay Jay Revlon is showing no signs of stopping when it comes to making history as a figurehead of all-inclusive communities in the London Ballroom Scene. The London-born dancer is always on the prowl for the most unique and extravagant locations to hold his expressive voguing dance classes and to find dancers who share the same ethos as him. Using Vogue as a method to create diverse events and as a medium of social activism, which was shown through his performance paying tributes to the victims of the Orlando shooting last year. Becoming a major force in the London Dance and LGBTQ+ scene, Jay Jay has become an name elegantly credited to the rise of London’s voguing scene.

Starring in BBC Radio 4’s new show hosted by Clara Amfo “The Return of Voguing” airing on Tuesday 16th April at 11:30am Jay Jay doesn’t just flaunt his moves on the glittered dance-floor but also informs us about the deep importance of the culture of vogue for the LGBTQ+ community. Starring other household names, Jay Jay teaches Clara the joy of the pandemic dance move where they then attend the ultimate final, London’s Ballroom Scene.

So bring your heels, lay in the glitter, get your groove on and prepare to strut your stuff. 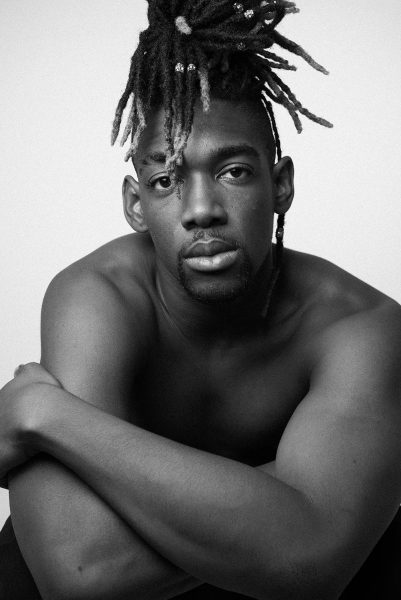 The Ha Dance by Masters At Work

"This song I first heard like 3 ish years ago and took me like 2 years to find it, ever since it’s been in my DJ sets"

Doors To Manual by Fiedel

"Just a beat period, it fits my techno love and a lil ballroom sample."

"A classic vibe and also a core feature in my DJ sets, forever an amazing tune."

"Get in to this tune the vocals are bad ass and it puts me at easy all the time if I’m stress or something, need vibes I listen to this."

"Get in to this tune the vocals are bad ass and it puts me at easy all the time if I’m stress or something, need vibes I listen to this"

"This is my upbringing. Reggae and dancehall vibes every Easter, Christmas and birthdays."

"This is my mum’s all-time favourite, always gives me memories of when I took her to see him in concert and she screamed down ?, And then nearly passed out due to the strong smell of weed."

Turn Around by Phats & Small