You may or may not be familiar with Lord David Puttnam, but you’ll certainly be familiar with his films. The esteemed producer was responsible for all the faves on your watch-list, including Bugsy Malone, Midnight Express and Chariots of Fire. Collectively, his films have brought home 10 Academy Awards, 25 BAFTAs and a Palme d’Or at Cannes. There’s no denying that his prowess in the film industry is pretty much unrivalled, and he’s hopeful that his latest endeavour will be equally as successful.

Recognising a cultural and societal shift within the industry, the 77-year-old has teamed up with the Mohamed S. Farsi Foundation to develop a new scholarship which champions Arab women with an interest in film, offering them the opportunity to go through one of the prestigious film courses at UCLA.  The aim is to give these a platform to develop and showcase their talent, and a place for their voices to be heard.

We grabbed a moment with Lord Puttnam to speak about the evolution of women in film and discuss the importance of the new scholarship.

Do you want to tell me a little bit about your background and how you got involved in the film industry?

More by luck than judgement – I stumbled into it and didn’t make enough of a fool of myself that I was able to survive as a film producer. I had no idea what I was doing when I started, not a clue. No one had ever known less about the film industry when I started.

What was the first films that you worked on?

I worked in an ad agency that had some very good people in it; Ridley Scott, Alan Parker. With Alan, the first script wasn’t great but the second script was pretty good. Much more with luck than judgement, I managed to raise the money for it. It was called Melody, the music was called a young group called The Bee Gees and it starred the two boys who had been in Oliver. The film got made and it wasn’t that successful other than in Japan, where it was a colossal hit. I have never understood why, if you ever find out I’d be truly grateful. And in the not-very-good film after that I learned a lot. It’s interesting, you learn very little when things go right, you learn a lot when things go wrong.

So basically, having mishaps leads you on to greater things in life?

You could say that! I teach a lot and the thing I teach more than anything is resilience. The nature of the creative industries is disappointment, it’s built in. You’re not going to have a 20-year career in the creative industries without being bitterly disappointed at some point. It’s the way that we deal with it that is going to definite whether you’re ultimately successful or just a one hit wonder.

Tell me a little bit about one particular film that you’ve worked on that changed your life.

I think the first movie I ever produced was a rock’n’roll film called That’ll Be the Day, and there was no money around at the time. But there was money in the record industry. What I managed to do, quite inventively in hindsight, was use record industry money and distribution finance to actually get the film funded. People used to think you got money to produce the film, but I got an amount of money to promote the movie. Then I went to the film industry and said ‘Look at all this advertising money I’ve got, why don’t you make this movie because the advertising money I’ve got is almost twice as much as you want to make the movie’. In those days, if you made a movie for £300,000, your advertising budget was automatically £30,000, what I did was make a movie for £200,000 with an advertising budget of £400,000 – surprise, surprise, it went through the roof.

In what ways do you think it changed your life?

Well, from then on I was a film producer. No one was questioning that I knew what I was doing. What I’d actually done had invented a totally new way of financing films. I then immediately did a sequel to that which was even more successful called Stardust and that established me. On the back of that I was able to raise the money for Bugsy Malone, I was able to raise the money for Ridley Scott’s first film The Duellists. And then eventually we did Midnight Express which was a huge hit everywhere. 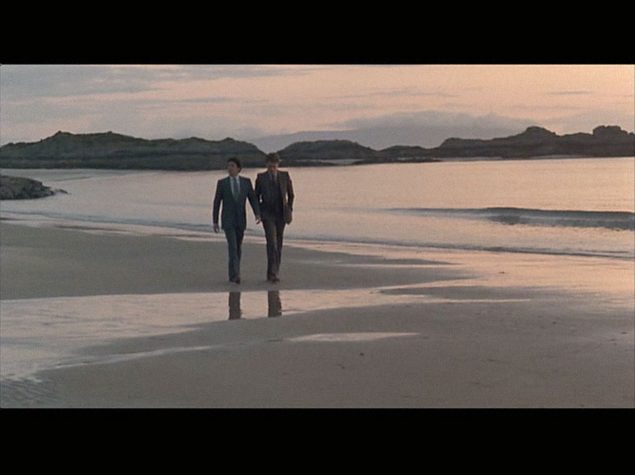 Speaking of Bugsy, tell me a bit about your favourite movie soundtrack or film score?

Local Hero, because it was Mark Knofler’s first score, he hadn’t done anything like it before, no one had even asked him before, and I think it really works. It’s extraordinary. You can’t imagine that movie without that score.

Why now more than ever, do you think there’s a greater need for women in the industry?

Very simple, I think the world is in such a shit state that the need for women’s voices is incredibly important. I spent 7 years at UNICEF which was an incredibly important part of my life. For any charity, the greatest investment you can make is in the education of women. If you can create a group of educated women in any country in the world, you create permanent change.

Tell me about your work with the MSFF.

I joined the board very early on. Year 1 for matter of fact, Hani Farsi, the founder, is a philanthropist and a film producer so we have a lot in common. We did relatively modest things in Cambodia but we wanted to put the stake in the ground for something bigger. We found that a lot of women filmmakers didn’t have voices, and how do we change that? We come up with a scheme where we’re funding a group of women and putting them through UCLA, and it’s been a fantastic success.

What would you say are the key goals for the scholarship? What are you hoping they achieve?

Three Oscars. I’m serious! One of those girls holding an Oscar explaining why their film has changed attitudes to women in the Arab world.

Obviously this particular scholarship is looking at opportunities for Arab women, tell me a little bit about how you’re planning to branch it out.

We are a relatively small foundation, but I think it’s the most ambitious. What we always intended to do was treat this as an exemplar project, if we can do this with three good Arab women filmmakers, surely there’s someone in India who can do the same thing in India, surely there’s someone in China who can do the same thing in China or South America. So what we’ve tried to do is show that this works. It’s up to people in other countries to dig deep and do the same thing, and we’re hoping that is what will happen. We’ve set the bar very high and we hope people will copy it.

Finally, what one piece of advice would you give to young filmmakers?

You have to understand that this is a tough business, and have you have to know that going in. Develop the type of resilience that you need – make sure you’ve got a plan B so as and when the obstacles appear, you’ve got an idea of how to get around them.