Abby Simone: “It’s About Doing What’s Best for Yourself”

Abby Simone talks to us about her brand-new release “Walking Away”, early times in a band, and getting kicked out of youth group for singing Britney Spears.

Rebellion is something Abby Simone is rather familiar with. Growing up in a Tamil household, the sounds of Christian hymns often surrounded her, but Abby always had an itch for something more. Currently on a path to establishing herself as an emerging singer-songwriter and producer to watch, Abby’s work is a cosmic fusion of lo-fi acoustics and R&B sonics. The artist speaks to us about the meaning behind her brand-new single “Walking Away”, her previous band project, and what made her take the leap into music.

In 2022 the artist shared her debut release “Same Sunrise” which is a track of significant importance to Abby’s musical identity. Appearing on a variety of ‘New Music Friday’ playlists, “Same Sunrise” was a strong introduction to the artist’s solo career and was the first moment Abby’s mother was able to see the true depth of her craft.

Now onto her sophomore release, “Walking Away” further positions Abby as a credible face to add to today’s scene. In just two releases the artist has proved that her work is a product of her rawest, most introspective thoughts. Her story is completely unique and it’s through her music that fans are able to see Abby in her truest and strongest form.

We spoke with Abby about adapting her producing skills, her parent’s journey to supporting her work and the first pop artist she listened to in secret. 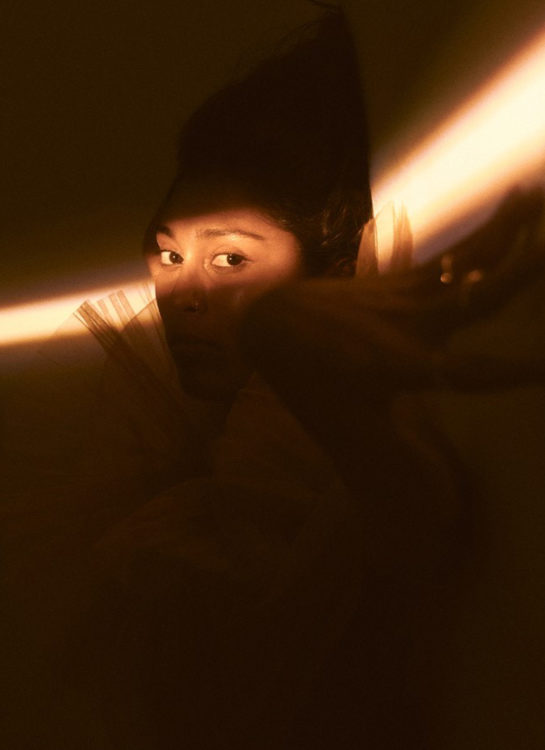 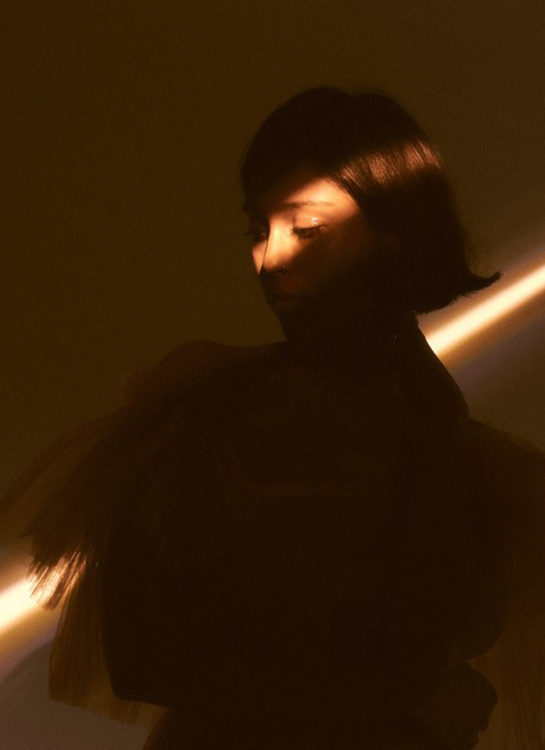 Hey, how are you?

Thanks for asking. I’m doing okay (winter is hard).

You’ve described your latest release “Walking Away”, as about saying goodbye to people you love – can you tell me more about this idea? Are your introspective experiences often a source for music-making?

It’s about saying goodbye to people who you once loved and it wasn’t right for you. It’s about doing what’s best for yourself. Some of the hardest decisions I made came from selfishness, but I had to be because being selfless doesn’t always mean you’re being kind to yourself. Some of my songs were once a tough conversation I had to have with myself.

The production has an R&B element and there are some jazz-inspired vocals in there – are these conscious references? Do they speak for the music you listened to when you were shaping your own musical identity?

Not consciously but we realised it after. I wrote in a manner where I based it on how I actually felt. The transition from the first half to the second half was about how sometimes we need time to process what’s just happened, before the realisation hits and we break down uncontrollably. But the question was; how to translate that musically? I wrote this song on a guitar but I knew this had to be bigger. I was lucky to have met producer Cuurley who helped bring my idea to a greater height. This was before I learnt Logic Pro, so in order to understand each other better we started pulling out references. We realised we were listening to a lot of R&B and jazz in that period (Tracy Chapman, Nina Simone, Armando Young, emawk). It was a timely application.

You’re a singer-songwriter, guitarist and producer – I know a friend gave you a crash course in Logic Pro, how have you developed the way you make music since then? Are there steps you always follow within your musical process?

My two friends, thank you. I am so grateful for the independence I have now to record my ideas. I always found it so hard to explain what I’m thinking. When it comes down to the arrangement you have to get technical and sometimes I’m just not the best at pulling out references. With Logic Pro I can record my ideas down instantly (I sound like an advertisement), but honestly, it’s just super convenient and I save so much time.

But, it’s not always the same. Sometimes I work around a riff, e.g. “Walking Away”, or I start with a poem e.g. “Same Sunrise”. Other times the whole song comes together (upcoming singles). Some days no matter how hard I try, I have nothing – during those days I switch it off and take a break.

Growing up in a strict household and listening to Christian music, can you remember the first pop artist/band that you listened to secretly?

I’ve read that you were raised in a Tamil household in Singapore, and that music formed an element of rebellion during your upbringing. Can you tell me about this?

Every time someone asks me this question I giggle at how not-so-serious the rebellion was but in comparison to everyone around me, it was quite bad. To be more specific, mine was a Tamil Christian house which meant there was not only a certain custom and culture to follow but there was also a faith I was disobeying. It all started with me composing songs for the annual Children’s Day in church and then shortly after getting kicked out of the youth group because I started singing Britney Spears.

Of course, I got upset so I took the church cassettes and recorded some of my favourite songs over them. We weren’t allowed to wear heavy make-up but listening to Avril Lavigne obviously didn’t help with that. I then moved on to miniskirts and dyed my hair. I’m starting to see that my parents had a point…

You were initially part of a band, what were you called? How has Abby Simone evolved since this early project?

MMLD was a band that was created out of passion and friendship. Through them I learnt how to front a band, to respect each instrument, and make sure each live performance was better than the last one. I am now more confident to voice my opinions during writing sessions, I know the difference between someone sincerely questioning my intentions for the song and when I should trust my instincts to just go with it.

What made you realise you wanted to pursue a career in music?

After performing live for the first time, I wrote an original song for a friend’s birthday. After that, I didn’t want to stop writing. Every week I started posting a 30-second original tune on Instagram. I’d read comments like: ‘I needed to hear this’ or ‘thank you for this’. I was never always the brightest one in the room but I knew it was a gift to be able to use my voice like this.

The video with your mum hearing “Same Sunrise” for the first time is really touching – do you feel like it reflects your parents journey to being supportive of your decision to pursue music?

It’s just something about South East Asian parents, wishing for their kids to follow a template; finish school, get a good job (preferably in the govt sector), find a nice boy, buy a house, get married, and have kids all before the age of 35 because any second older people are going to talk. This is one of the reasons why I had to leave Singapore, I spent the past three years building on the communication between my mom and I before explaining to her why I wanted to do this. So, hearing her say that was all I ever wanted to hear. She still doesn’t get too involved with my music matters, but hey, at least she isn’t nagging anymore.

The next step is to bring her to one of my gigs so she can watch me perform live for the first time – I’m so nervous just thinking about this.

Stream “Walking Away” below: