All My Friends Records is a new kind of label. Combining an independent ethos with the resources of a major, they strive to bring the underground into the light. They may only have two artists on their roster at the minute, but they’ve already racked up a BBC Sound of 2016 nomination (thanks to one of those two, Loyle Carner) and it’s clear they value quality over quantity. We spoke to founders and best friends Connie Meade & Mike Ajayi to find out more. 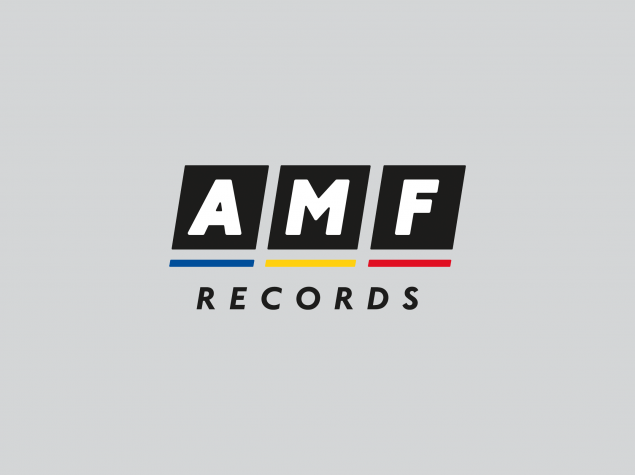 Is the name AMF (All My Friends) something you both came up with? What’s the story behind it? I’m interested in both your background and how the opportunity arose. You’re two best friends who set up an indie label within a major record company. How did this come to pass?

Names! We can now sympathise with artists as to how agonising this process can be…it took us a while coming to a name that we could both agree on! Many a night at the pub or texting back and forth went on before could even get close to one. We went through many different incarnations initially, ranging from names like ‘Loose Records’ to ‘After Hours’ to the more ridiculous ‘Dead Elvis’ (Mike’s choice after a drunken 3 am epiphany). Ultimately, we came to All My Friends because we felt it embodied the culture we were trying to create. I think sometimes labels whether big or small can convey an air of mystery and exclusivity, but for us, it’s always been about inclusivity and getting as many people along for the ride as possible. We want to work with people we like and try and have a good time along the way of creating many, many hits.

We first started working together at an independent label called Infectious Music. Founded in 1993 by industry legends Korda Marshall and Pat Carr, it was home to a handful of the indie greats such as Ash, Garbage, Cable, Muse and Funeral for Friend but to name a few. For us, these were all bands that growing up really helped shape our formative musical educations. Connie had been there from the start of the label’s second incarnation in 2009, but I joined in 2011, and I guess that was where it all started for us. The main ethos of our time there was a family vibe and ensuring artistic freedom was paramount to everything the label did and achieved. During our time at Infectious, we worked with a broad range of insanely creative artists from Local Natives to Drenge, These New Puritans to Alt-J and I guess it was these experiences that led us to set up All My Friends at the end of 2014.

From the outset we wanted to create a similar hands-on and family style culture between us, our artists, managers and wider people involved; and although we are still quite early on in our existence as a label, we feel it’s something we’re creating with Loyle Carner and Gilligan Moss. As sentimental as it may sound, we wouldn’t be where we were without those said ‘friends’, so although our opening line is that we’re a label started by two best friends, we’ve always seen it as being more than that. 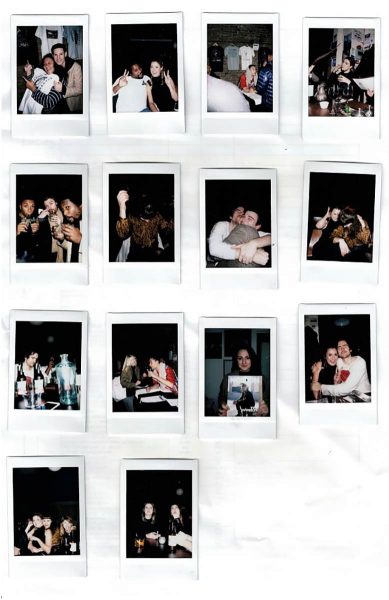 What are the main differences you face from working inside of a major?

I think some young artists can find the concept of signing to a major label quite scary, the main fear being the rate of artist turnover with labels tending to sign loads of artists and not being able to give them the right level of development and due care. No one wants to end up in the situation of being signed and dropped without fanfare. Although you do still hear the odd horror story, it does feel that there is less of a land grab policy going on at majors. The music industry as a whole is having to think more carefully about what they’re signing and put as much effort into an artist when it’s doing badly and not falling at the first hurdle. That certainly is the culture we’ve found at Virgin EMI.

I suppose we were both nervous moving over from our indie nest, Connie more so having never worked within the major label system, but we instantly found a group of really dedicated, intelligent, creative people who are great to bounce off. The main difference is the support network regarding assistants etc. and the number of acts is definitely higher, so you need to be able to think quickly on your feet!

I think the fallacy about majors v. indies is slowly falling away to an extent, with it ultimately coming down to finding the right people and environment you feel most comfortable in as an artist, regardless of the company’s size. I also think more and more labels are looking to favour a preferred middle ground where artistry and commerce can exist with one another.

When you look back at the history of the Virgin label, from the 70s with the Sex Pistols and Human League to the 80s-00s with acts like Iggy Pop, Neneh Cherry, Spice Girls, D’Angelo, N.E.R.D, to name a few. Even to the present day with Kanye West, Massive Attack, The Libertines, Taylor Swift, Jamie T and Laura Marling, what’s abundantly clear is over the years it’s been a label that has maintained a strong balance between artistically-minded and culturally relevant artists, as well as commercial acts. So when we came in everything felt pretty seamless.

It’s interesting explaining the label concept to artists as it seems like the happy place between signing to an indie or a major. We offer the dedicated attention and time to nurture that you might get from an indie with the financial welly to kick things into first gear if something is reacting due to being supported by a major label. We have always urged complete artist creative control (if they want it!) with us serving to bring those ideas to life through producers, designers, directors but we always work best with artists who have a keen idea of what their visual stamp is of the world.

Although by no means are we reinventing the wheel with our label, we do feel, along with many other indie labels and imprints, that we’re offering a third way to equally young, creative and ambitious artists who prefer to take elements from both sides of the music world. And we try to have just a little bit of fun along the way…

Loyle Carner has grown up in South London suffering from ADHD; he’s said ‘from an early age he’s found unparalleled peace when making music & cooking.’ How has this been reflected in his music? How did the collaboration with GOMA COLLECTIVE come about?

Loyle Carner is a 21-year-old rapper from South London who’s grown up with ADHD and feels this has been as much a blessing as it has a hindrance in his early life. This, for the most part, is down to him being able to channel his high level of energy and creativity through a number of outlets. The most obvious being his music and the most important being his cooking.

From an early age, Loyle Carner found unparalleled peace when cooking and claimed it’s one of the few things with which he can wholeheartedly relax. He believes it can hold the same value to others, who are in a similar situation to his younger self.

Over the next few months Loyle Carner will be working with Goma, a collective of young creatives, to set up his cooking school for students aged 14 to 16 who are currently growing up with ADHD. Starting in April, we’ll have two months to prepare our team of eight young chefs to run their own pop-up restaurant in London.

To fund this project, he will also be creating a limited run of products. Together he will produce 40 T-shirts, 30 skateboards, and one short film, all artistically inspired by Loyle and his current, and childhood, love for kicking. Every product will be produced never to be reproduced, with the least amount of environmental damage we can achieve. 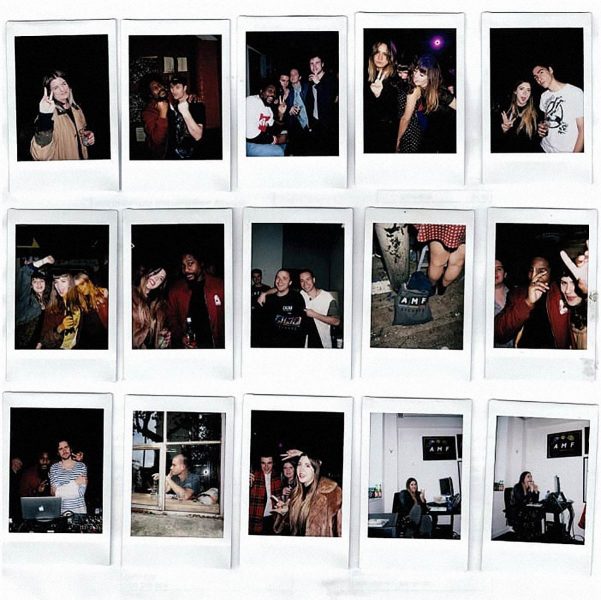 You currently have two artists signed to the label, Loyle Carner & Gilligan Moss while releasing tracks from Bleeding Heart Pigeons & In Heaven. How do you see your roster expanding? What else is in the pipeline? Do you feel you’re able to nurture your signings & spend more time on them over being directly signed to a major? Who are you currently watching?

I’d definitely say it helps to have the support of a bigger company when it comes to making signings, but it ultimately emanates from the two of us. People often ask what we’re looking to sign at AMF and to that our usual response is just ‘good music’. Although that might feel like a cop-out answer, it’s the truth! If it gives you goosebumps and we both look up at the same time grinning from hearing a track for the first time we’re probably in 100%.

At the moment we’re taking things slowly as we want to curate a solid roster while we’re still forming our identity. So everything we’ve taken on so far has been something we both love. We like to live with a track for a week separately, and if we’re both still raving at the end of it then it’s been signed to the roster!

From our current roster of Loyle Carner & Gilligan Moss to one-off singles we’ve put out, the overreaching arc has been that, much like our own tastes, it has to be music that sits on the more artistic and culturally conscious end of the sliding music scale.

2016 for AMF Records is already looking very exciting. We’ll have another Gilligan Moss EP this summer along with a Loyle Carner record before the end of the year. Beyond that, we’re looking forward to announcing some new family members to AMF that will further our efforts to blend a DIY indie mindset with the quantifiable successes that come with being part of a major.