From childhood stars, renowned actresses and acclaimed musicians - Aly and AJ have created a sanctuary for themselves and their fans where hope runs free.

When you start your career as a Disney teen it can be hard to find your own voice as a recording artist after the glitter and child-like TV sheen of the brand fades away. For a little while, it seemed like that might be the case with sisters Aly & AJ who went quiet as musicians after releasing their hit album “Insomniatic”.

Almost a full decade later, the duo returned with shimmering passion with their synth-pop EP appropriately named “Ten Years”. The new music signalled a re-birth for Aly and AJ as independent artists with a mature, fresh sound.

Having pursued acting outside of Disney (Aly in iZombie and AJ in ABC’s Schooled), these ten years allowed the two to step back from the pressure cooker of childhood careers and redefine what it meant to be musicians on their own terms.  Independent from a label, Aly and AJ were able to rediscover their sound and produce music with a creative freedom and candidness they’d never had before. The result? 80s inspired synth-pop gold with tight harmonies and spacious dance beats that is worlds away from the country-tinged pop of their earlier work. 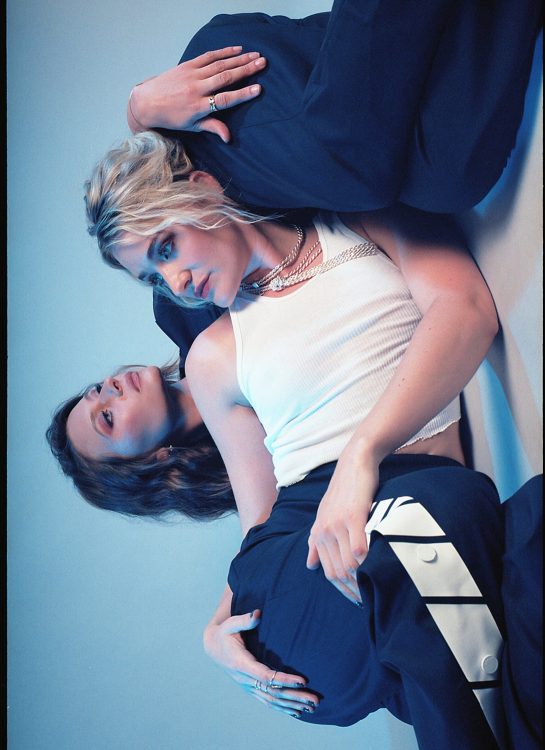 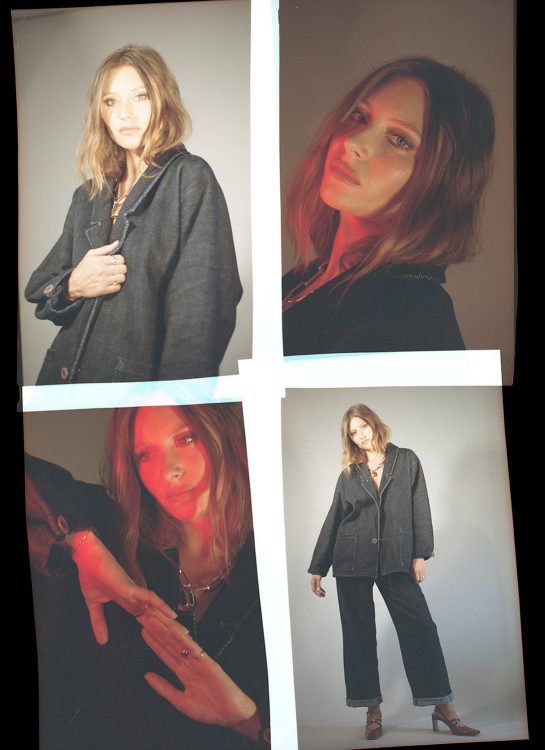 While the sound of “Ten Years” and their new EP “Sanctuary” is a departure from their earlier work, their new music is bringing together fans old and new.

Just off a thirty-five city tour from May to June, Aly and AJ were thrilled to see venues packed with a mix of fans who grew up listening to their music as kids and new faces finding the singers as re-vamped pop stars. Some artists might hesitate at the prospect of creating an entirely new place in the music industry, winning over a new audience, but the two found that throwing themselves fully into their new identity challenged them to be better artists. Hearing hundreds sing their music back to them renewed Aly and AJ’s trust in their talents and showed that they had longevity beyond their beginnings.

Settling into this new chapter of their life, the duo faced yet another challenge, balancing recording and writing new music while also filming their respective TV shows in different cities.

The process stretched the sisters as they had to learn how to fit their music into breaks from their shooting schedules and work separately on their music. It was an exercise in mutual trust and self-confidence that they found surprisingly liberating, leading to the beautifully introspective soundscape of their latest EP “Sanctuary”. The tracks are emotive and empowering, following a shared journey of self re-discovery and redemption.

We sat down with Aly and AJ to talk about “Sanctuary”, going on tour, the inspiration behind their music and their favourite soundtracks. 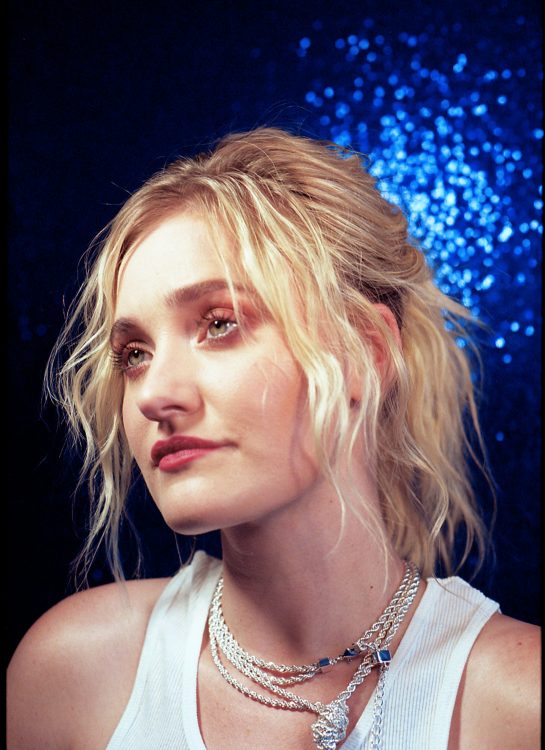 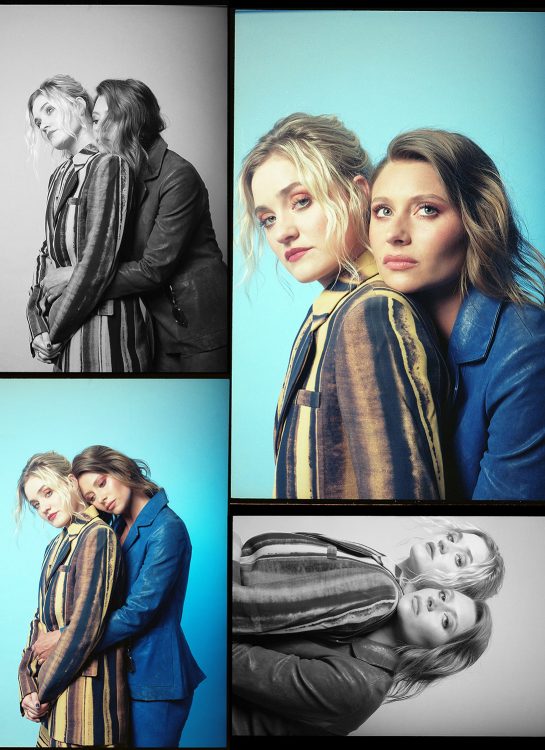 How does it feel to be on the road together again?

It feels like home to us! We have such an amazing band & crew that we’ve been lucky enough to tour with in the past, so everyone feels very comfortable with each other. Touring is like a mixture of camping, a travelling circus & a film set all in one. It’s unbelievably unique in its experience. We’re grateful that we have each other though – we can’t imagine touring as a solo artist.

What are some of the key inspirations behind ‘Sanctuary’?

Redemption, rebirth, depression, forgiveness, admiration & longing are all themes we touch on throughout Sanctuary. We were inspired by past songs of the 80s. Those songs really make you feel something in your bones. The production quality is very unique. Songs back then felt like an experience. That’s how “Sanctuary” should make you feel.

Talk us through how you started doing incredible work with The Trevor Project?

Our dear friend Raymond Braun put us in touch with The Trevor Project. We wanted to create a safe space at our concerts for our fans. The fact that The Trevor Project not only has a 24-hour suicide hotline dedicated to LGBTQ youth but also a petition that they personally started to end conversion therapy across the US was a HUGE factor in our partnership with them. We just want to reach as many people as possible with the message that they should BE loved, FEEL loved and LOVE whoever they chose to without fear or shame. We have a responsibility to take care of our fans & this is one way of doing that. 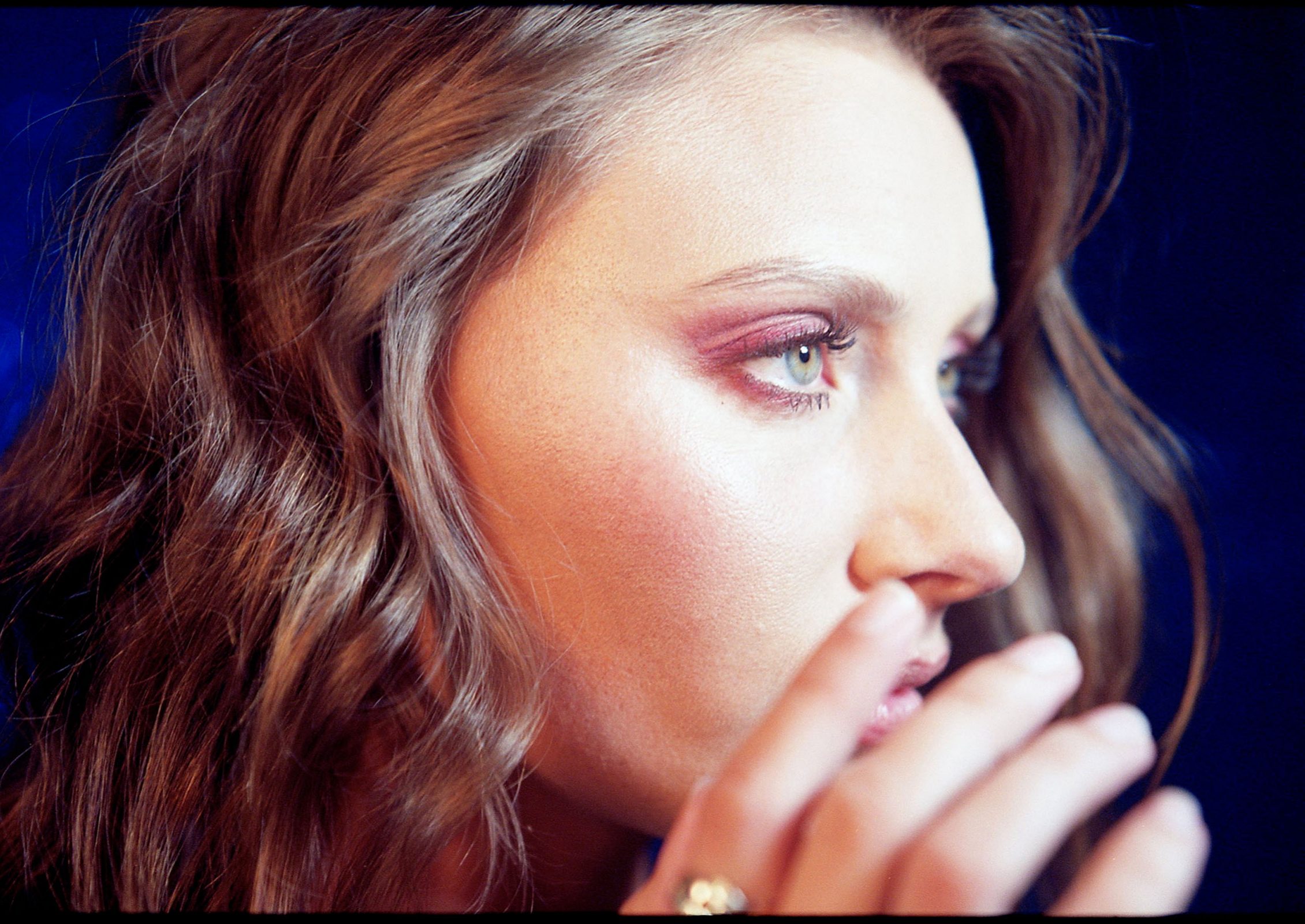 What are some of your favourite memories growing up together?

Role-playing together in our backyard for hours until the sun went down. That’s probably my favourite memory. We were super imaginative children growing up. We could keep ourselves entertained for days between just the two of us. I also miss living together & shooting the film we made “Weepah Way For Now” in the house we rented in Laurel Canyon. It was a really magical time in our lives.

What does it feel like to perform on stage?

Aly: It’s so incredibly thrilling. Some of our most exciting shows this past tour were our shows in Paris & London. The crowds were so passionate! I’ve never witnessed that kind of dedication from fans before.

AJ: Being on stage is truly unique. There’s nothing like it in my opinion. It can be incredibly emotional, being in another part of the world and hearing these fans sing your own lyrics back to you. It’s instantly rewarding but also a collaboration. We receive so much love and joy from our fans. Every time I step on stage, I feel blessed that people took the time to show up.

What is your creative process like when it comes to acting or making music?

Aly: Personally, my most creative process is making music because we are a part of it from the very start to its absolute finish. The hardest part of being an actor in a film or tv series is the lack of control we have as the artist. I’ve been heartbroken so many times with how a project ended up turning out. It’s hard not to take it personally sometimes.

AJ: I have to agree with Aly. As independent artists, we have our hands in everything right now. Imaging, merch, what our live show should look and sound like, how we want to be perceived. Acting is rewarding in its own way but you don’t have the same kind of personal involvement. Those jobs are being done by everyone around you. You take on a role that you love not really knowing what the outcome will be. It’s a big unknown. I do enjoy the collaborative effort of a set though. Seeing all the working parts move fluidly together in order to set up a shot. Both are fascinating but music stole my heart long ago. 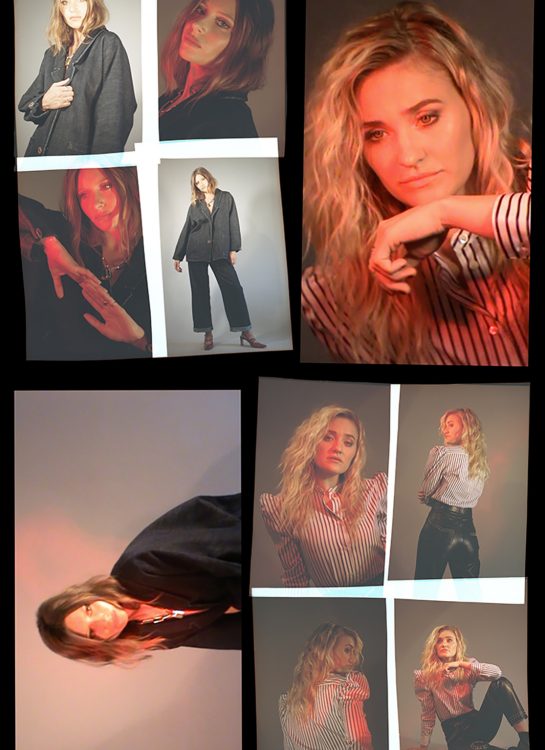 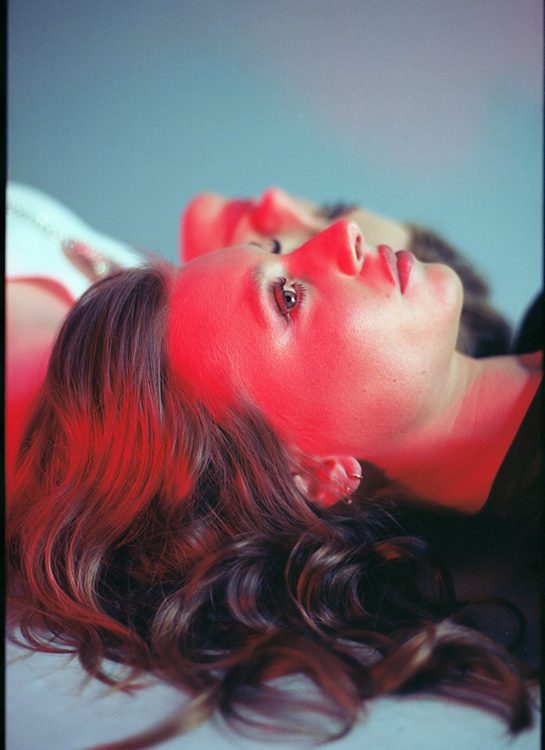 How do you both find your own sanctuary after being on the road or working hard for so long?

Aly: Traveling is a big one for me. Even if it’s a weekend trip to Big Sur with the dogs & my husband. Taking a bath, reading a book, going to the spa are all things I find calming after being on the road. Also, organizing my things & donating items of clothing that I don’t tend to wear anymore gives me a lot of joy! Living out of a suitcase for 3 months puts everything into perspective.

AJ: For me, it’s being outdoors, away from a major city. Our Mom lives in a beautiful area up North and being able to visit her after tour just helps me reset. Especially knowing that I’m about to go right into filming. Being around nature, taking time with my boyfriend, reading a good book, going on a great hike. Those are the things that bring me back to life.

What is one of your dream venues to perform in?

Red Rocks in Denver and The Hollywood Bowl in LA. If we get there we’ll feel like we’ve truly made it. We’ve seen such fantastic shows in both of those venues. To get on those stages would be surreal.

What does it feel like to be in love?

It feels pretty damn good. Aly’s married and in love and I’m dating and in love. So we really can’t ask for more right now. I admire both men and the way they treat women. They’re incredibly kind and hard-working. We both got really lucky.

What is one album that could be the soundtrack to your lives?

Honestly, Beach Boys – “Pet Sounds” is the soundtrack to our lives. The harmonies, the melodies, the transitions. We grew up listening to that record so we immediately associate it with our childhood. I remember hearing that record for the first time. Our Dad put it on in the car and blasted “Wouldn’t It Be Nice”. It’s forever embedded in our hearts.