Singer-songwriter Ambar Lucid speaks on her recent COLORS performance, an artistic alter-ego, the importance of representation and more.

Ambar Lucid is an artist dedicated to being the best version of herself to inspire you to be yours. In the place of biographical information online, the singular sentence often reads: “to realise one’s destiny is a person’s only obligation”. Telling me about using her art for transcendent self-expression, as well as creating a deeper connection with herself, with every release Ambar further realises the certainty of her musical destiny.

Dedicated to being her truest self, there’s a refreshing authenticity and honesty in Ambar’s work. Her dreamy, angelic, and often gentle style create a comforting warmth, as impressive vocals ebb between powerful belts and ethereal melodies. Her most recent single, “Timeless”, reflects on a connection transcendent of time and space and comes from her upcoming sophomore album. Titling the project ‘Estrella’, Ambar repurposes the name of her own alter-ego, another self-created space for open expression.

Drifting in equal part between English and Spanish lyrics, Ambar also speaks with pride of her Mexican/Dominican heritage and creating the representation she lacked as a child. She describes her own upbringing as instilling a sense that following an artistic career was “very unrealistic”. Convinced of her own destiny, Ambar’s visibility hopes to make artistic career choices easier for those coming after her. Starting out uploading covers to YouTube, and then her original songs to SoundCloud, it was after discovering psychedelic rock that “changed the game” for her, alongside the embarking on a  “conscious spiritual journey”.

Tracks like Ambar’s first official release in 2018, “A letter to my younger self”, have picked up over 25 million streams on Spotify and she premiered new track “Timeless” with a coveted COLORS performance. Also recently completing her first headlining tour inclusive of twenty stops and four sold out shows, it’s clear that Ambar’s work is striking a chord. She is well on her way to a dream of ‘touching as many souls’ as she can.

We caught up with Ambar to discuss her recent COLORS performance, find out more about her alter-ego, the importance of representation and more. 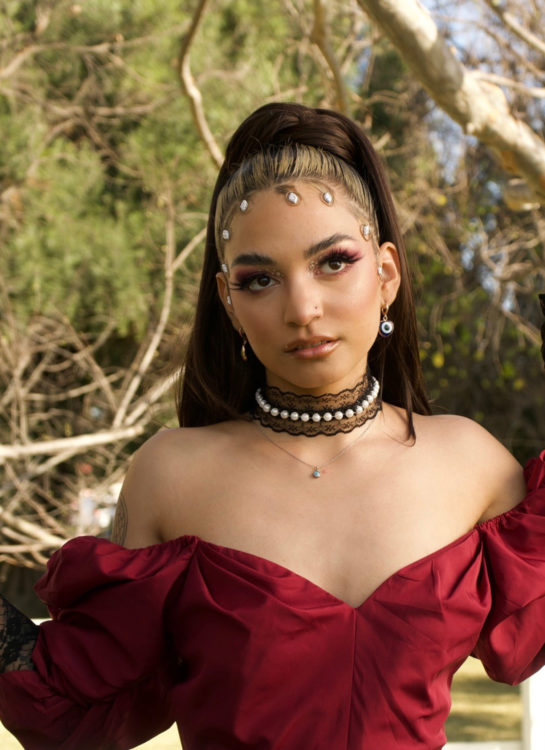 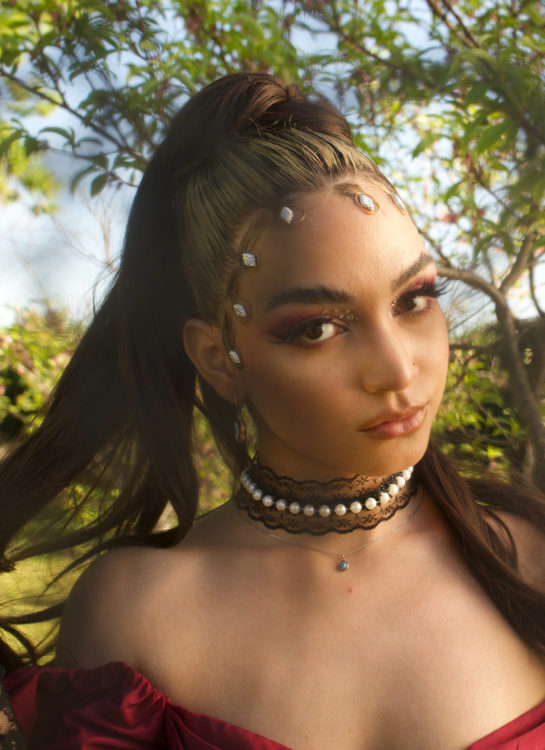 Hey Ambar! How are things?

Things are overall good – going through a lot of personal changes and growth at the moment that’s been really challenging. I’ve also been making some of my favorite music right now, and I’m excited to start sharing that all with the world.

How was your summer? Your 20-stop tour ended about a month ago – what was the highlight?

My summer was so much fun! The highlight of my tour was getting to meet and talk with my fans. Since before the pandemic, I did not have the opportunity to interact with them as much in person until this tour.

Any less glamorous moments of tour-life?

I’m going to be honest – tour life is not very glamorous. I am constantly on the go, barely get any sleep, and don’t really have much time do anything other than travel to the next city.

Congratulations on your latest single, “Timeless” released earlier this summer – I know you’ve described it as exploring that transcendent feeling a relationship can have sometimes. Could you tell me about that?

Thank you! Yes, there are times when meeting someone new feels really special, almost as if you have met in another lifetime. It’s a beautiful feeling when both parties feel connected effortlessly in the beginning, this song was inspired by that magical feeling.

You drew the artwork yourself – does it link to these ideas?

The artwork was inspired more by having a transcendent connection with myself. I had written the song about a year before I created the artwork. When I first wrote “Timeless” I prioritised my romantic relationships more than myself, but I have reached a point in my journey where the deepest relationship I seek to have is with myself because that reflects on how all of my other relationships play out. 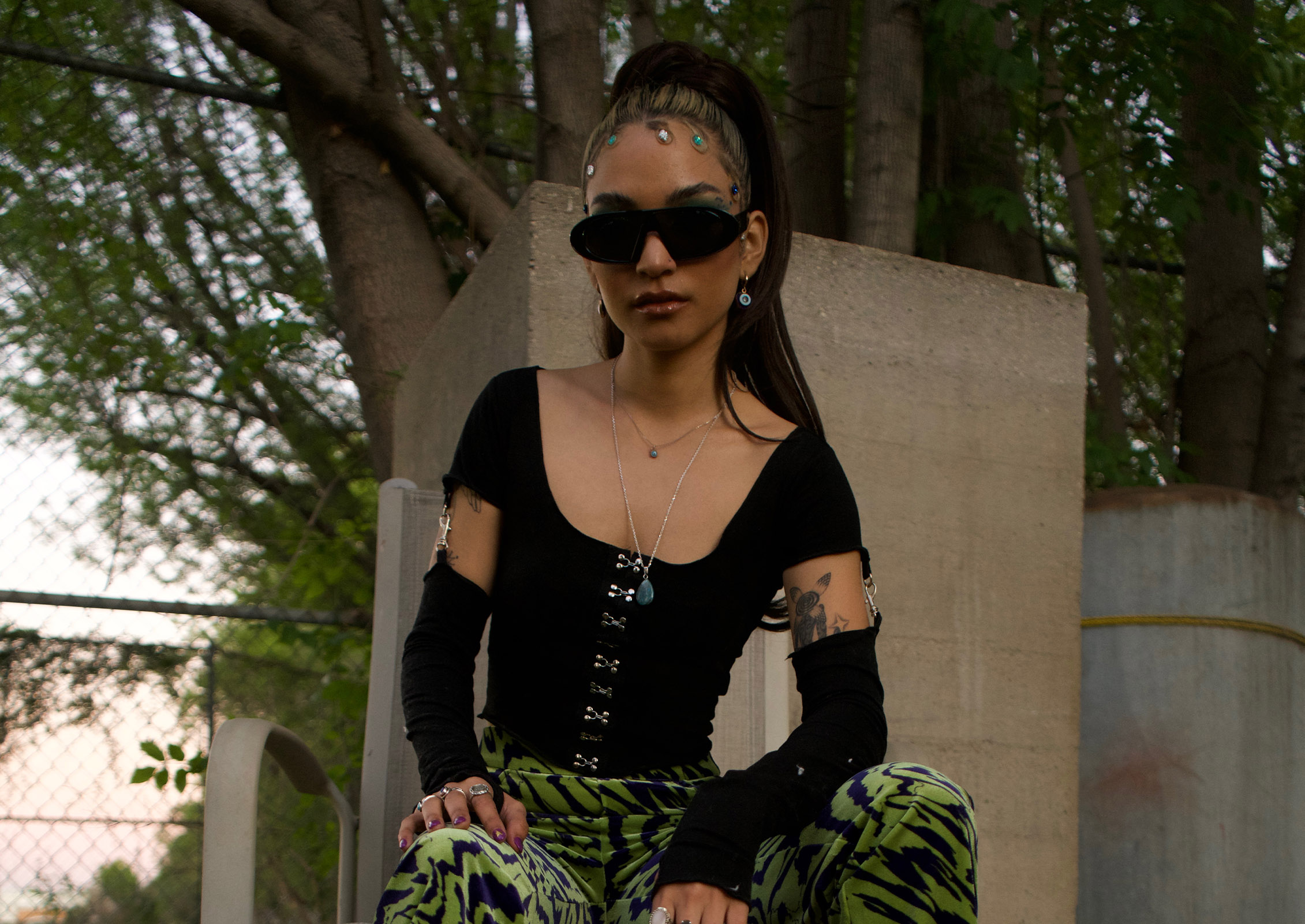 Do you have a favourite part of the creative process? Is it the writing, or the recording, performing or artwork…?

My favorite is living and experiencing life, that’s where all the inspiration comes from.

What do you think art is about?

Art is about self expression tapping into something bigger and greater than what we can perceive. It is a channel to our souls as well as a portal to the collective.

I’ve heard about an alter-ego that’s also set to be the title of an upcoming album, who is she?

Estrella, she’s a character I created to inspire myself to embody the following qualities, inspiring, wise, charismatic, confidence, radiance, and fierceness. I was really shy and insecure for a long time especially as a teenager which is when I first made a name for myself in music, as I grew older, I realized the Ambar people were perceiving no longer reflected who I am today, so I created Estrella to redefine myself as an Artist.

“A letter to my younger self” and “fantasmas” have both picked up massive streaming counts, in the tens of millions. They were released pre and during the pandemic, how do you reflect on those tracks now? Do they feel like a distinct moment in time for you?

I refer to a letter to my younger self as the song that changed my life. That song will always be extremely special to me because I wrote it during a time in my life I felt hopeless, after writing this song I received many blessings.

I saw on your Instagram a lovely celebration of Hispanic heritage month, how is being the representation you were lacking growing up important to you?

Representation is important to me because when I was a kid, I didn’t have the same representation that exists today in American pop culture and that always made me feel insecure about my identity. I want to prevent other kids like me from feeling that same insecurity.

Did you always want to do music? What do you think your younger self would think seeing where you’re headed now?

I always knew that being an artists is what I’m meant to do even as a kid. Child Ambar isn’t surprised but she is very proud and happy that I currently live the life I do.

Who are some of your musical inspirations? I’ve read about your love of Pink Floyd and their influence on “Timeless”…

Pink Floyd has been one of my main musical inspirations since I was a young teen. Rosalia, Billie Eilish, Jessican Pratt, Bad Bunny, Willow, Mon Laferte, Khruangbin, are also other inspirations of mine.

We can’t not mention your recent COLORS, that must’ve felt like a huge moment? Who has been your personal favourite previous COLORS performance?

It was a special moment for me, one of many. Billie Eilish’s COLORS performance is my favorite.

Do you have a mission overall for your music and impact moving forward?

Yes, my main goal is to continue creating art I love and by doing that I wish to inspire others to do what empowers them. My long-term mission is to become a legendary artist by being myself and following my passions.

What’s next for Ambar Lucid?

My mission right now is to continue growing and evolving to be best version of myself I could possibly be both as an artist and as a person in general. There’s also more music coming, as always.