andreas owens chats with Notion about his intimate debut EP 'almost everything i've ever wanted to say', the importance of staying emotionally and creatively authentic, and not boxing himself into any one sound.

andreas owens – SoCal native and frontman to indie-pop and R&B band The Millennial Club – is striking out on his own with his debut EP, ‘almost everything i’ve ever wanted to say’. The EP was written, recorded, and produced within the confines of the four walls of his bedroom. Like the intimate space it was physically created in, the record is a stark and vulnerable exposé into what goes on between the four walls of his headspace. owens takes us on an amble through his thoughts: ‘It’s almost like sitting in on a conversation in my mind.’

On creating the record in his bedroom, owens explains: ‘It’s the only way I’ve found it to feel authentically myself. The safe, familiar space is the catalyst for facilitating something visceral and unapologetically my own. It allows me to release my compulsive “perfectionist mindset” and instead create with the understanding that mistakes are inevitably a unique and beautiful part of the process that makes it my own.’

By adopting this ‘anything goes’ mindset, andreas owens has broken away from any set expectations of what his music should sound like. ‘almost everything i’ve ever wanted to say’ was conceived from this freedom of creativity and refusal to follow any conventional set rules. Its result is an R&B-infused indie-pop record that is dynamic and diverse, each track falling into its own category rather than following an overarching sonic theme.

Following the release of a series of singles: “don’t feel happy”, a song that hovers between ‘both the happy and sad spectrums of a romantic relationship’, “falling & falling”, ‘a commentary on society’s addiction to social media and the Internet’, and “not much (better than before)”, a track that promotes ‘making more thoughtful and meaningful decisions’, andreas owens showcases “bad4you”, a glittering R&B infused bop with an addictive melody, flawlessly blending with owens’ silky vocals, and “speaking with my chest”, which traverses a different direction with its acoustic-led sound.

Taking a deeper dive into the EP, andreas owens chats to Notion about how he has found the past year, his thoughts on ‘bedroom pop’ as a genre, and how he spends a perfect Sunday. 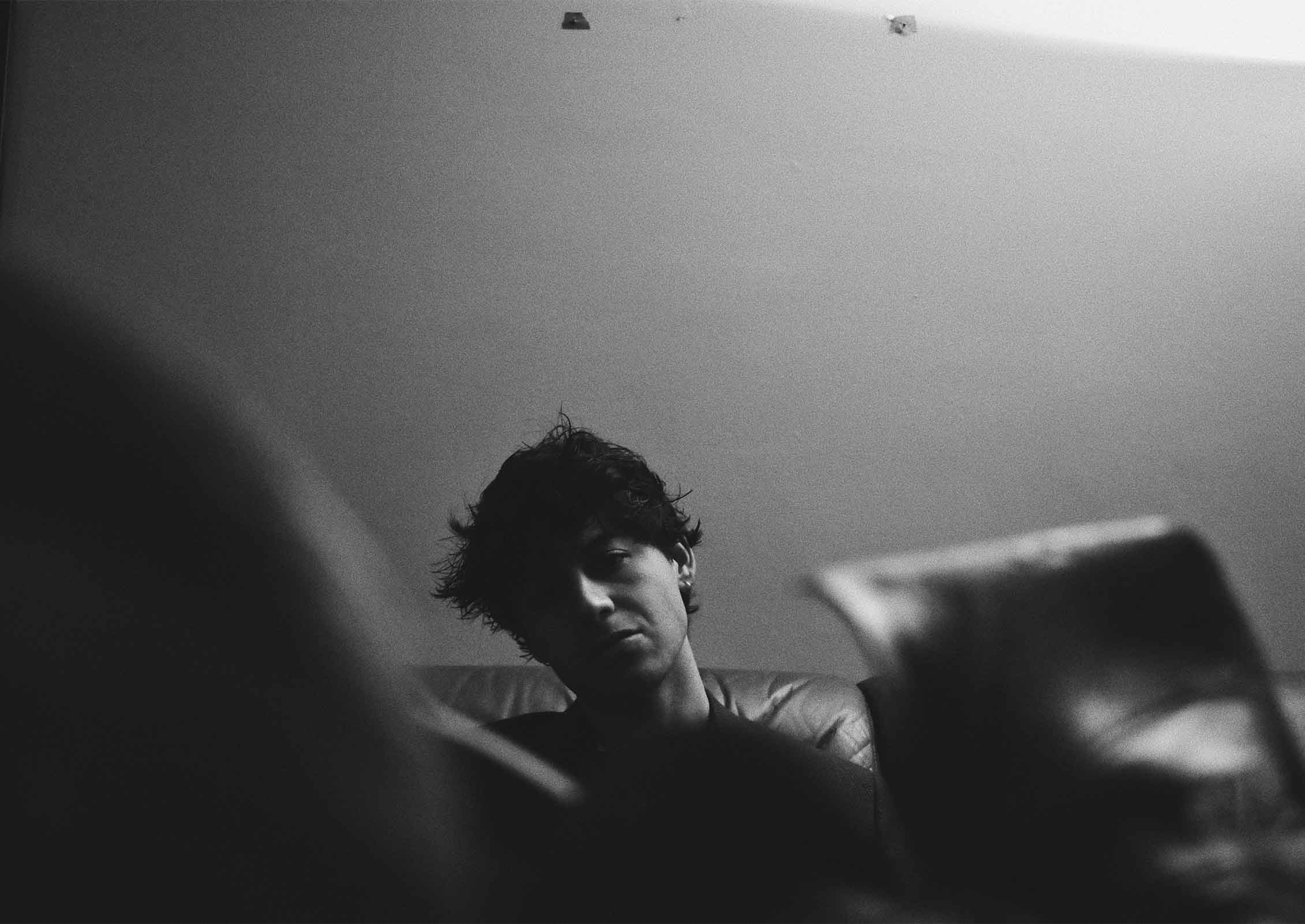 Congratulations on your debut EP, ‘almost everything i’ve ever wanted to say’. You have previously said that this EP’s title does ring true. What themes were most important for you to hit on lyrically, but also sonically?

I think the title says it all in a sense – the idea that everything I’ve ever needed to say is obviously very broad and largely open-ended, which is sort of on purpose. I think the body of work itself is very dynamic, and while there are a few elements that keep it connected, it really is different from track-to-track. I tried to make the record almost like a collection of thoughts, without real direction other than to have a conversation. I think it’s almost like sitting in on a conversation I’m having in my head perhaps. There’s likely more truth in that than even I realize, so I guess the answer to the question is that there isn’t really a theme that’s important for me to hit because it truly was never preconceived or targeted in that way. It’s just my emotions and experiences penned down and recorded. It feels a bit more honest to me that way.

How have you found the past year and a half? How has the pandemic impacted your creative process?

I think I’ve actually grown quite a bit during the pandemic; it’s changed the way I view my situation and basically, motivated me to get after it. Surely the notion of being stuck inside affects my creativity and inspiration, but in a lot of ways, it has also allowed me the time and space to better understand myself. I think in a weird way, I’m a better person now than when COVID started. I try to focus less on stuff that doesn’t matter so much; instead, I try to focus my energy on the things that do.

You wrote, recorded, and produced this EP in your bedroom. As a genre, ‘bedroom pop’ has flourished over the pandemic, probably helped by the fact most people have been stuck inside their own bedrooms for so long! Although your EP is genre-bending, what does ‘bedroom pop’ mean to you? Do you relate to it or are you reluctant to associate with any one genre?

I think the perception of the “bedroom pop” genre has changed quite a bit in recent years. While initially, the term simply referred to literal music made in a bedroom, it has interestingly molded into its own distinct sound – just as “indie pop” and “indie rock” has developed their own sounds. Starting my solo project under andreas owens has been quite liberating because it has allowed me to adapt an “anything goes” mindset, which has only helped facilitate a lack of pressure to fit within a specific genre. Over time, I found myself enjoying the refreshing freedom present in creating without convention. I think there’s something to be said about the unadulterated creative energy that ultimately led to the birth of ‘almost everything i’ve ever wanted to say’. At the end of the day, albeit considered “genre-blending”, I think this EP falls somewhere between indie pop and alternative R&B. 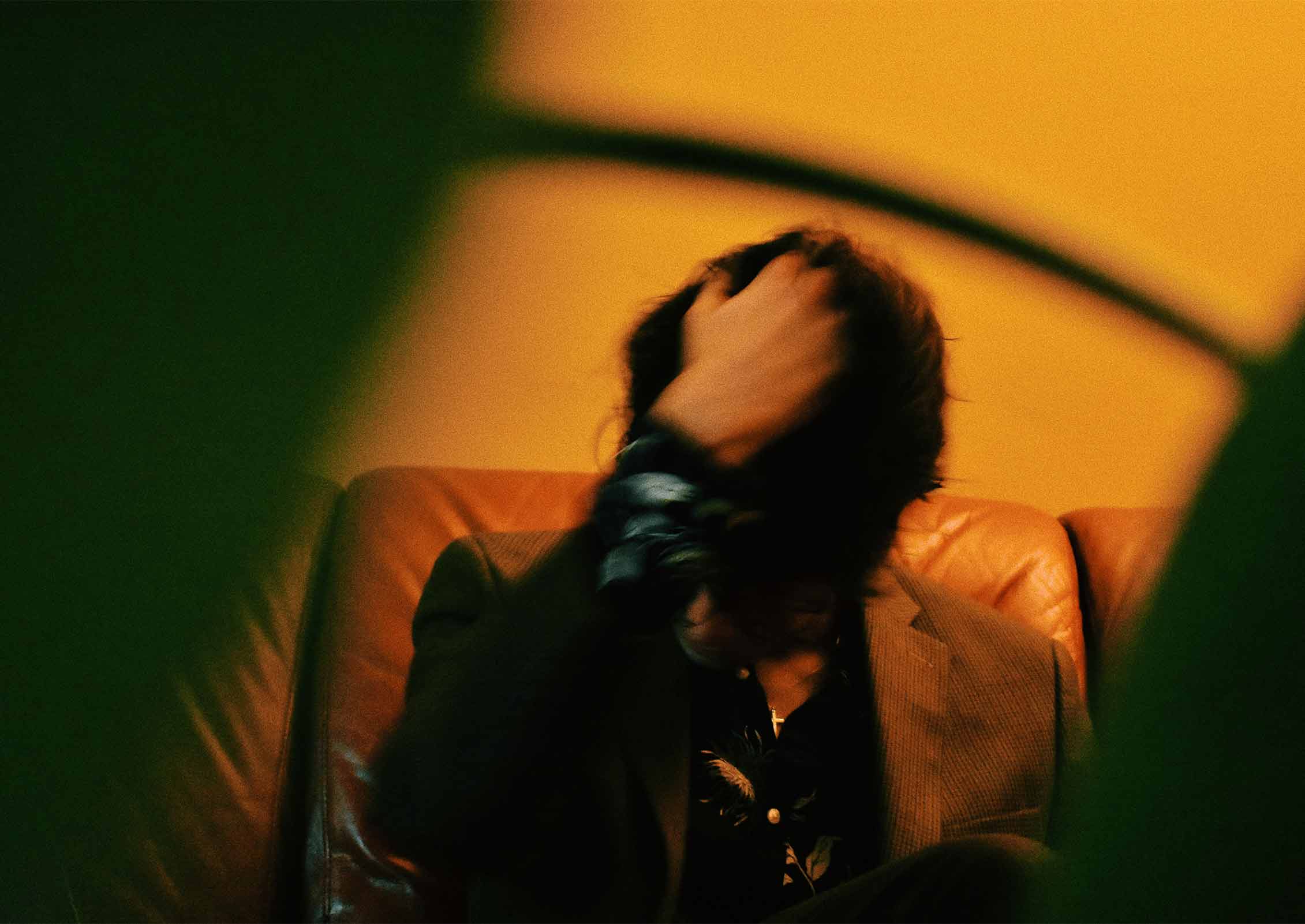 Why do you think this more raw, nostalgic, and vulnerable approach to music has resonated with listeners over this difficult period?

Truthfully, I think everyone just wants to be understood, and I think there’s a very real “holy shit this artist understands me” moment that happens when someone makes something vulnerable and honest. Lots of times, I find that there’s a lack of authenticity behind an artist’s music, and that additional layer of authenticity distinguishes you from other artists. Ultimately, throughout the pandemic, we’ve all been looking for things that look and feel familiar because so much of the world doesn’t right now, and pretending that everything is normal would just be outright wrong.

Your track “falling & falling” is a commentary on society’s addiction to social media. As an artist in 2021, where social media engagement is almost inescapable, how do you navigate this social media and real-life balance?

The concept behind “falling & falling” more or less alludes to our collective (and my own) societal addiction to our phones (and technology in general). I remember having a conversation with my friends about how we all want to be on our phones less, but still sadly just find ourselves “crawling back” to them every single day. I think we’ve all had similar thoughts, wondering, “omfg how is it possible that I’ve been scrolling through TikTok and Instagram for two hours?” Oftentimes, while it’s enjoyable to catch up on friends’ lives and see what they’re up to, these days, I feel like half the time I don’t even like doing that anymore because I’ve created such a negative relationship with social media and the online space. That said, I’ve come to recognize that the Internet is more relevant now than it’s ever been, and honestly, I even forget to post about my new releases on social media sometimes (haha).

Do you think you could pick a favourite track off ‘almost everything i’ve ever wanted to say’? If so, can you explain why? I really enjoyed “not much (better than before)”!

My favorite track off of the record is “speaking with my chest”. I think there’s something about the song that just feels the most unique (and obviously personal). I remember coming home with the idea in mind and recording the song in one take. I listened back and decided I wasn’t going to try and re-record it. Whereas almost all of the other songs that I write have several versions and iterations before I would consider it a “final product”, something about the initial take felt impossible to try and recreate, so I didn’t even try. Needless to say, “speaking with my chest” is very special to me and is in every sense, the only version that’s ever existed. 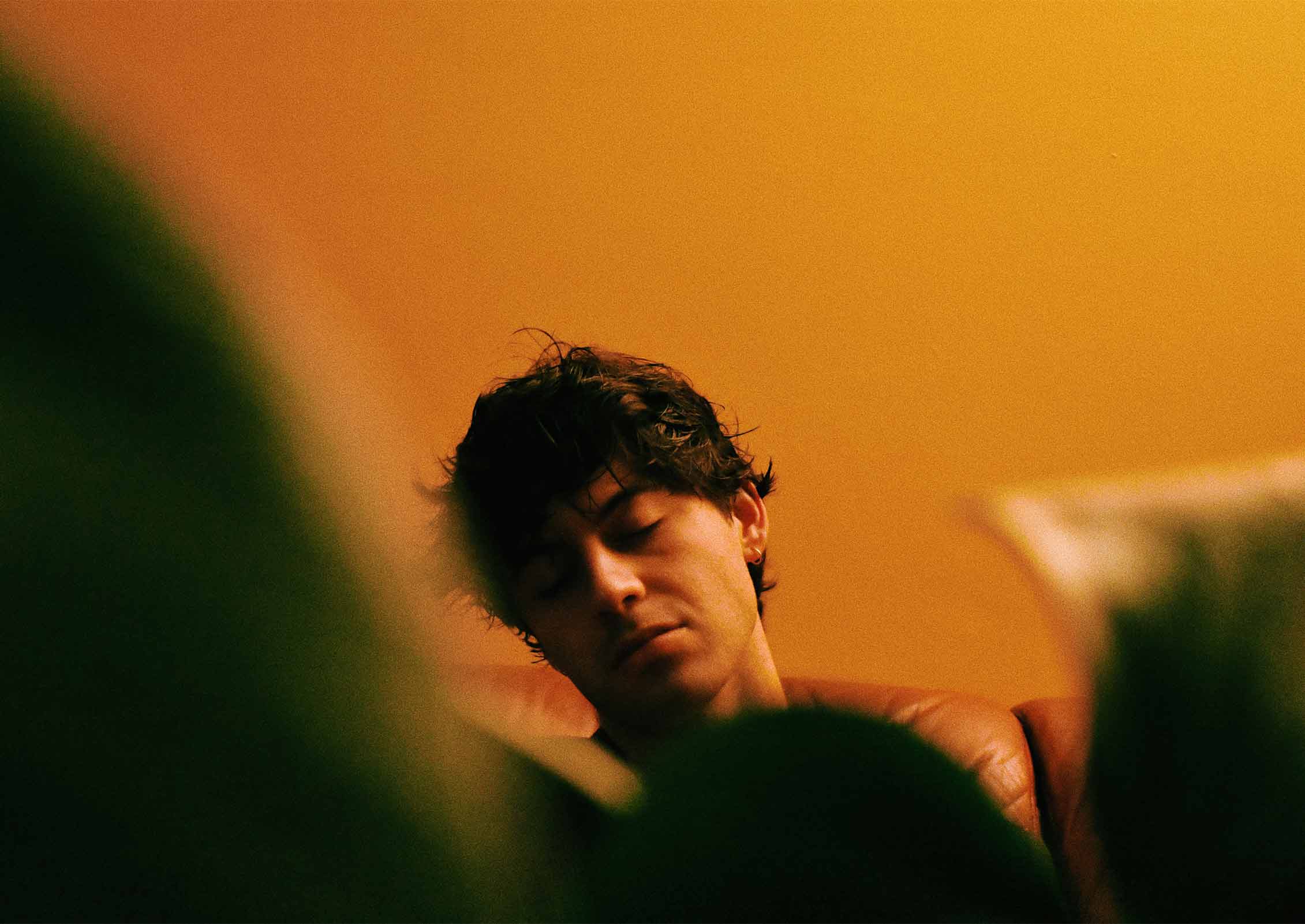 As your first solo venture, how has your approach differed from the andreas owens project compared to being The Millennial Club’s frontman?

The mentality and overall vision behind andreas owens has been pretty different to that of The Millennial Club. Ironically, the biggest distinction between the two projects lies less in the final product, but more so within the creative process itself. Although there’s truth in the sound being different, I think the biggest change comes from being the sole contributor to the sound. Usually, I would start the idea, flesh it out, and then bring the rest of the boys into the process where they can begin tweaking it bit-by-bit. With this project however, there are definitely less cooks in the kitchen and the process moves along a bit quicker. I must admit; there is a newly found sense of joy and freedom in this project.

How do you envision your sound developing going forward?

It’s an interesting thought. I think my process differs from a lot of other artists because I’m not necessarily making music to fit a certain sound. Rather, sometimes ideas for songs just come to me, and I go with the flow. What I will say is that I strive to always make music that is not at all similar to any other song I’ve written or produced. I think it becomes a bit less interesting and monotonous when an artist’s catalogue of songs all sound too similar. It’s one thing to have a cohesive sound, but I think you’re doing your fans a disservice by recycling past sounds and concepts that you’ve already explored. I think originality is what I always try to push myself towards.

With things opening up again, when can we expect an andreas owens gig?

It’s hard to say – shows are definitely on the way, but I’m in no rush to get out there this year until COVID is in a better place. But come 2022? You can definitely expect a show, no doubt.

Finally, what is your favourite way to spend a Sunday?

My perfect Sunday routine: Wake up early (I’m usually up around 6:00AM–6:30AM), get the coffee going, make a list of goals for the day (at least 2-3 concrete ones should do the trick), make a humongous bowl of oatmeal around 10:00AM, then church service (online during the COVID era), and enjoy the morning without my phone (put it in a drawer if I have to). After that, I’d maybe play around in Logic a bit or with my pup, Zion. Lastly, I like to take advantage of living in sunny Southern California, so I usually end the evening with a run through the heights. On rare occasion, a beach day is prime and worth the trek.

Listen to 'almost everything i've ever wanted to say' below: