Putting the ‘Northern’ back, in Northern soul, the quietly calm and confident star has and continues to take the world by storm. Having already kicked off the year with her COLORS performance of ‘Make Me Cry’, which has accumulated over 2 million views, Pip followed this trail of success by releasing, the intricately crafted and honest debut EP ‘Do Well’ earlier this year. With a mesmerisingly magnetic voice, Pip attracted the attention of BBC Radio 1, 1Xtra and even Jorja Smith.

Pip is a storyteller, a master in the art of lyricism, who is fuelled by the inner-workings of her heart. ‘Ava’ is a beautiful example of this.  Throughout the single Pip takes us on a musical journey, where we simultaneously explore mental health – the fear, and weakness that comes with opening up to someone about how you feel, and an unconditional love that ultimately conquers that fear.

With the rising star’s eternally blissful melding of soul and R&B, backed by her outwardly-reflective ability to make moments seem everlasting, Pip can, without doubt, be recognised as an artist that will stand the test of time. 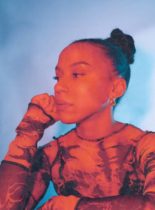 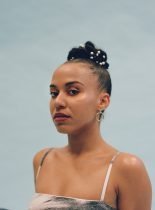