Step into the world of producer-rapper ayrtn, as he creates a playground of future beats and breezy rhymes in latest EP ‘TOO AWESOME’.

There’s an inherent uniqueness that comes with a piece of self-produced music. As the artist assumes full control, they envelop you deeper into their world of sound influences and intimate thoughts, mapping everything from the existential to mundane observations. Listeners are coaxed into their inventive playground of self-expression and it’s this immersive experience that South London producer and rapper ayrtn is widely recognised for.

Starting out as a producer, his pile of instrumentals remained verse-less for some time, before he decided to try his hand as an MC and placed the necessary spotlight on his dual-abilities. His debut dropped in 2018, the left-field Flight07, and since then it’s been a luminescent journey through ayrtn’s psyche where he whisks together playful rhymes with eccentric g-funk melodies. From hip hop and jazz, to grime and everything in between, ayrtn’s style is a kaleidoscope of past and present influences where more layers are revealed the further you travel through his catalogue of music.

The artist’s DIY approach has kept him afloat over the past few years through community-based collaboration and intuitive connections with like-minded creatives. While intently chipping away at his craft behind the scenes, ayrtn has pumped out a number of projects over the years. Latest project ‘TOO AWESOME’ is his most pristine work to date. The 6-track EP is an invitation to experience life through his animated lens, bubbling with off-kilter melodies and spaced-out instrumentation. From straight-talking reminders to stay focused and go after what you want in life, to braggadocious post-breakup remedies, the EP is a dizzying reminder of ayrtn’s contribution to the evolving climate of UK music.

To celebrate the release, we sat with the musician to dissect his creative process, capturing the city through his visuals and the importance of self-validation. 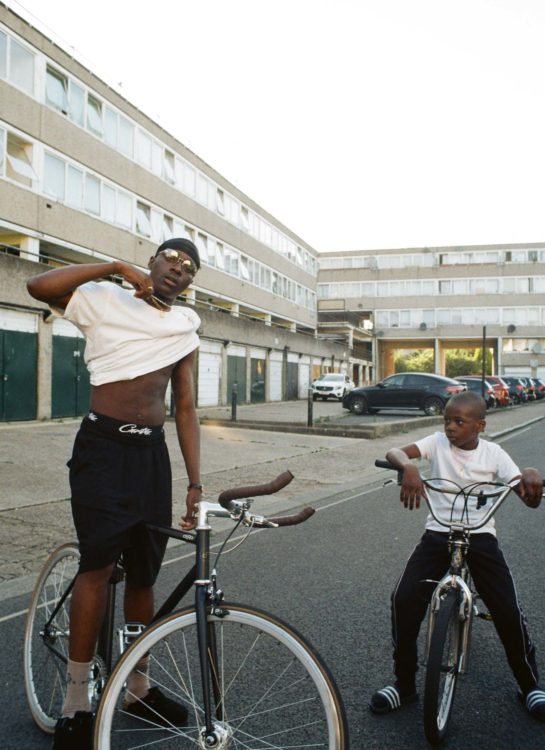 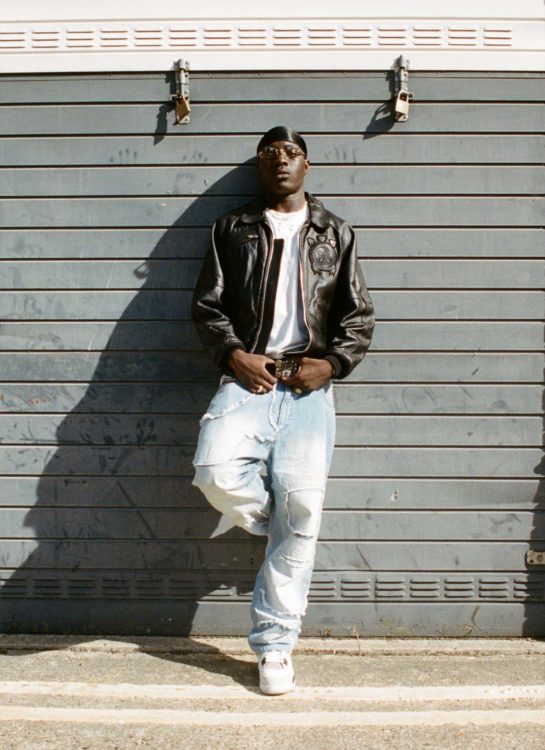 Congrats on releasing the EP ‘TOOAWESOME’! What inspired the title and creation of it?

I’ve always been into skate culture, that’s always been my steez to be honest. I’m just too awesome, do you know what I’m saying? So I just captured my identity and what I was going through and rounded it up in those two words.

What do you want listeners to take away from this?

I hope they just see improvement from my last shit. I just wanna improve and hopefully they like it. I really like it so I’m excited. I don’t want them to pull anything necessarily but just have a fun time with it.

Compared to your debut ‘FLIGHT07’ and 2020’s ‘Ghost…’, what does this new project represent about where you’re at creatively?

I’ve been creative for a while so it represents me noticing new things and getting used to the lifestyle basically. It represents being under pressure, trying to create something big with limited resources and learning the ropes of the business and my creative foundation. It’s interesting for me to see and take it in as I live it.

What did the creative process for this project look like?

Even though it’s just an EP, I’ve been working on this for like two years. I work on music for quite a long time. I add songs, I take away songs, I improve them, come up with new ideas, new flows – just experimenting. This is basically one big pot of energy for me, a lot of time has gone into it, a lot of ideas, we did so much stuff for this drop that I wouldn’t have done in the past, it never used to be as serious as this. We had ups and downs like with any creative process: you meet people, they get involved, that idea doesn’t work, we have to pull this video, make another video etcetera. It’s really detailed, it’s actually a body of work, a whole embodiment of a certain time period for me.

In your latest visuals for ‘CAUTION!’ and ‘The GLO’, you capture parts of the city through warm textures while being surrounded by grand buildings and blocks of flats.  What about your environment are you trying to express visually?

I’m just from the blocks, from here, it’s home. Everything that I’ve done for this project is from home, even right now I’m at home, I’m not in some studio or some office. It’s all coming from my heart, even though it may not sound like it in terms of lyrical content, I’m not really saying something that will connect with people.

You’ll be surprised though, people may connect with your lyrics.

It’s true because I do talk about stuff here and there but I don’t expect it at all. I’m just trying to speak from my heart, visually and in every other way. 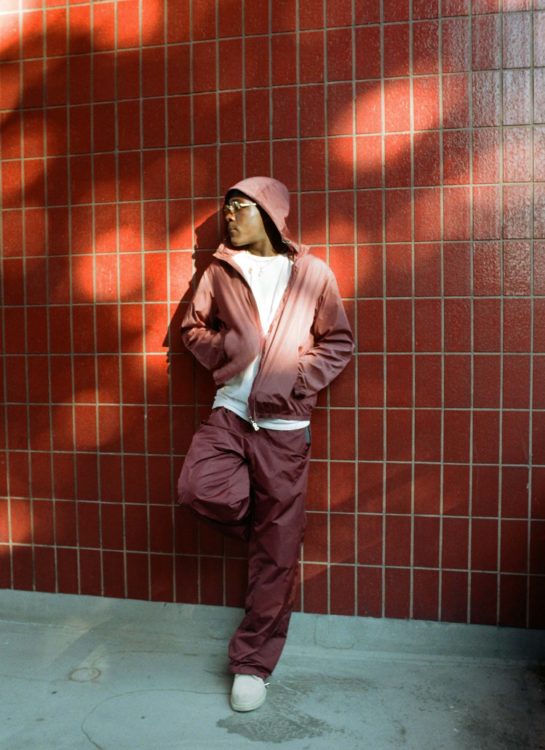 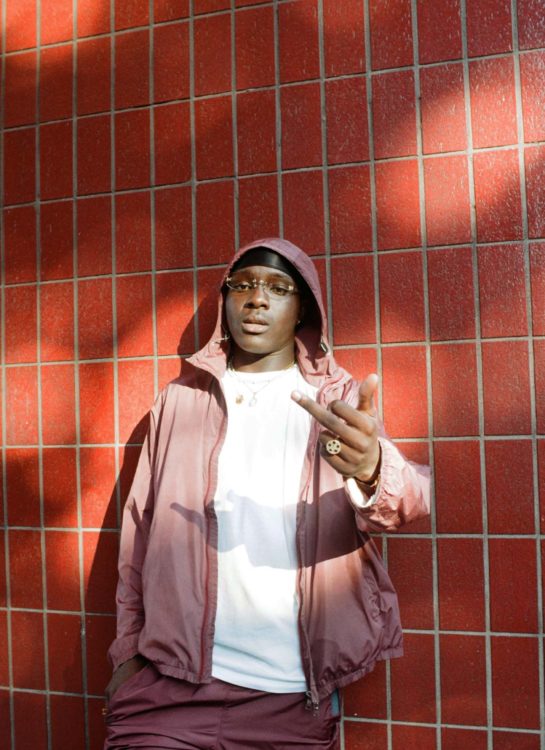 For ‘The GLO’ there were a lot of ideas, it actually took a long time to film even though it doesn’t seem like it, we were trying to get it perfect. I’m literally just home again, I said let’s just go out and shoot in the ends and then we bumped into some kids and we got shots at this restaurant because this is where I normally eat. I was literally just in my area capturing stuff, that’s usually what the treatment looks like. Going forward it will definitely change, more outside the box ideas.

You’ve collaborated with a range of creatives for visuals from graphic design to editing. Has it been easy for you to connect with individuals who understand your vision?

I think I’ve connected with the right people all the time, I feel like everything is happening in perfect timing. Everyone that I’ve met recently, I’m so thankful to them for giving me a helping hand. Sometimes I do struggle and I have to be really explicit about how I tell people what I want but everyone is different so I have to navigate that. It’s been smooth, I thank everyone that I’ve met, I swear down.

You’ve always had a well-defined sound but how do you make sure that it continues to evolve while staying authentic to who you are?

The way I view it is you have a weapon and you just have to keep sharpening it, obviously try new things but when you’re in that creative loop you start to hold onto habits and gravitate towards things that you identify with. For me, I’m going to continue making music, it’s not really hard for me to stay authentic when I just keep doing it because you can’t fake it at a certain point. So just keep creating.

I guess the same goes for your production, which is mainly done by you, so what are some tips you’d like to share about pushing your creativity but still maintaining your artistic identity?

Looking back at how you began, you started rapping on your beats because no one else would. How important has self-validation been in your journey as a producer-artist?

Really important. You feel stuck because sometimes you just don’t have the answers during the creative process. Sometimes I get writer’s block or I can’t make this beat but you always have to pick yourself up. Self validation is one of the most important factors of being a producer-artist, especially the way I do it where I’m so intricate and almost like a perfectionist, you need to really pick yourself up. 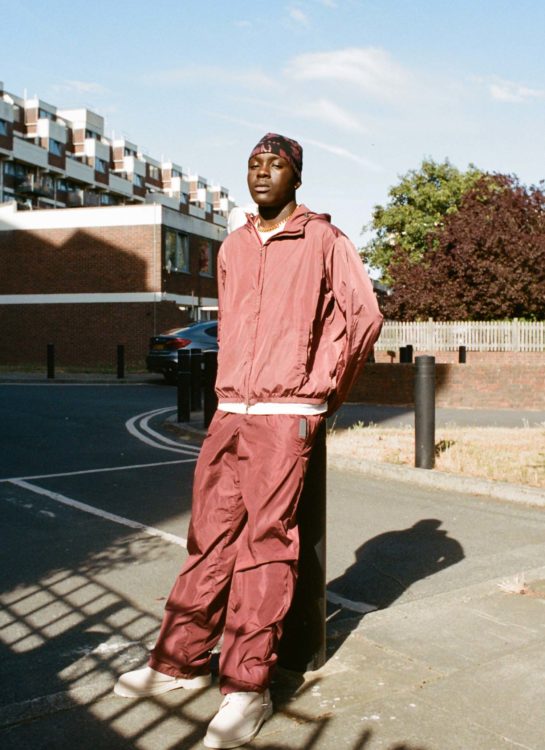 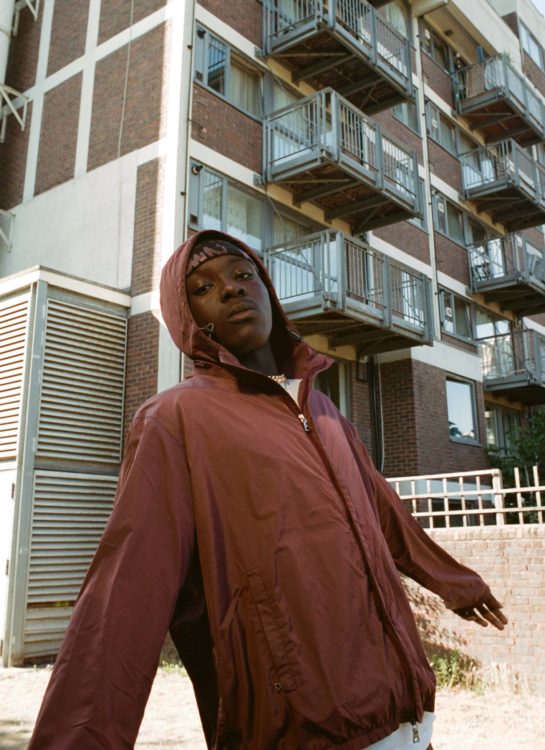 I’ve read a few articles about you and they always mention how electric your live performances are. Do you have any pre-show rituals?

Not really. I’m normally with my friends before a show and we’re just turnt, that’s the pre-game ritual, we just know it’s gonna be a great show and we go in there and rip it up every single time. We love the supporters.

Could you name 3 albums or artists that you’d say have shaped your musical identity?

I love Pharell Williams, I’d say J Dilla and Skepta. That explains my music. I love soulful music like jazz and that’s what I grew up listening to.

Who would you say is currently inspiring you creatively?

Just seeing the scene to be honest. I can’t forget about the scene and seeing who I’m in this big pot of energy with. It’s definitely inspiring to be around.

What’ve you got coming up for the remainder of the year?

I can’t say too much right now but we’re gonna have a listening party for this EP and loads of other stuff. I’ll be dropping singles and more videos coming and definitely more shows, people will see me around the UK and in some other countries. It’s gonna be fun, we’re just gonna party… too awesome.

Stream 'TOO AWESOME' below: