New tracks “Don’t Call Me” and “play w/ me” channel “don’t fuck with me” energy into bold pop beats and the confident vocals of a woman who knows exactly what she’s about.

Growing up around church music, and moving to Nashville when she was 15 to try and find her way as the next Taylor Swift, Bryan’s tracks have a softer side which demonstrates the vulnerability she says is an essential part of her music’s realness.

But the 23-year-old refuses to be taken for a ride. She wrote the single “play w/ me” in 2020 after receiving a text from a guy reading, “You can come over if you want.” Bryan’s response was to pick up a guitar and channel her anger into what is now her biggest hit. Bad bitches expect to be worshipped. 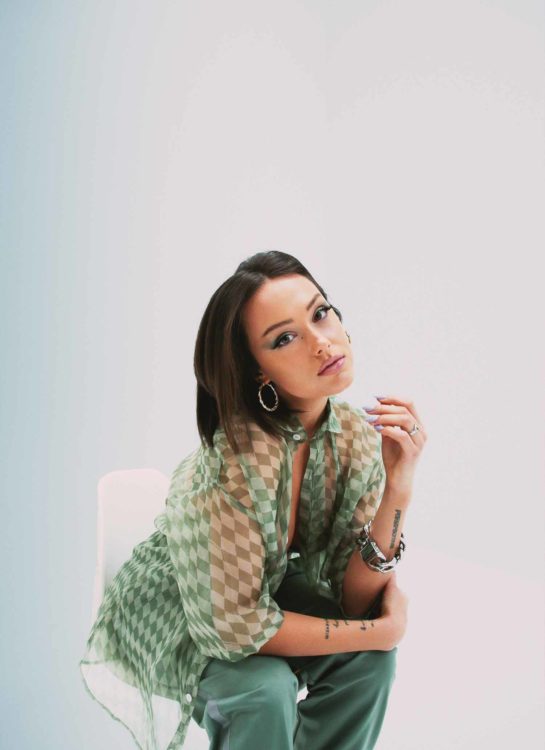 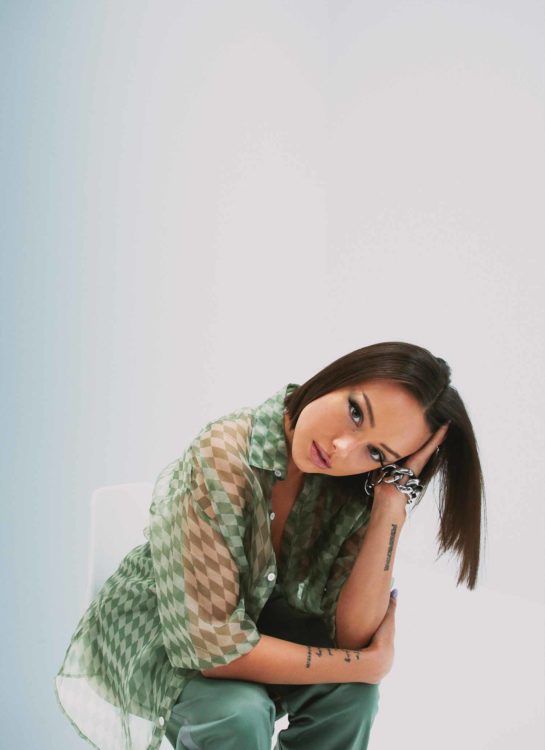 This track established her departure from the country ballads her career had begun with. Bryan says she feels most comfortable in the pop sound her work has evolved into. But she doesn’t discount the journey. Starting out in country music has given her an appreciation for real instruments, and she refuses to make her tracks without them.

“I need a real instrument, even if you can’t tell. That’s the common thread that makes this music me.” She credits her primary influences as Post Malone, Kehlani and Ella Mai, but adheres firmly to the don’t-let-them-see-you-sweat gospel of outfits like TLC and Destiny’s Child.

She speaks with striking confidence for someone so young. She has faith in her work, and is satisfied with the path she’s on. After a huge creative block, she’s now back on track. “I allowed myself the space to feel my feelings. And I’m so happy I get to put these experiences into words. I’m writing about dating around and upholding my own standards. I think you can be a sensitive bad bitch… know your worth, but still admit that your feelings can get hurt.”

Even at this early stage in her career, Bryan has been working with some of music’s biggest names. She’s been in the studio with producers Monsters & Strangerz, the team behind much of Rihanna and Selena Gomez’s work.

Bailey Bryan is one to watch. Hear what she has to say. 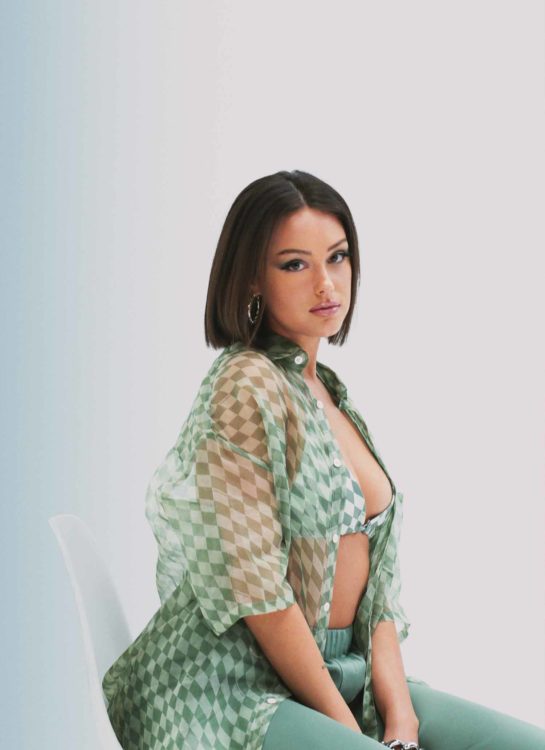 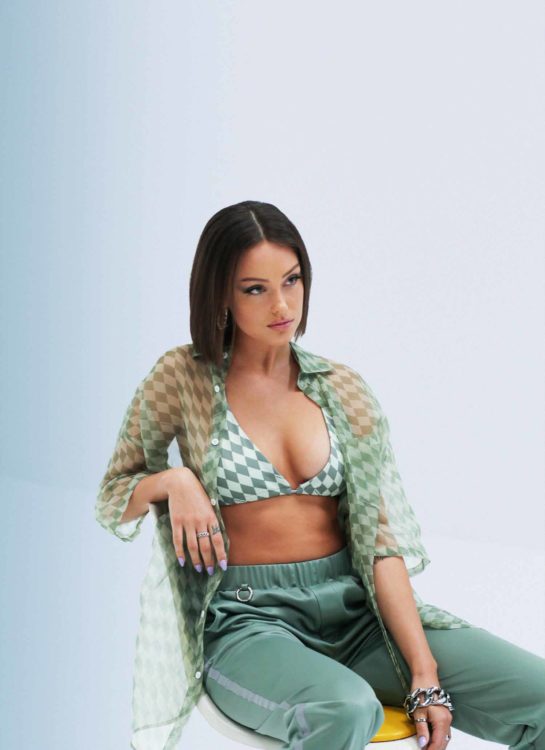 You seem so natural in your pop sound, but you said that you had previously been playing in genres that you thought other people wanted from you. What kinds of sounds have you moved through as you’ve been making music?

Well, I got my start professionally in country music! It’s actually still the genre that I have the most releases in. I started travelling to Nashville to write songs when I was just 15, and at that point like probably a lot of 15-year-old girls, I just wanted to be Taylor Swift. I think a big part of figuring out your sound as an artist is just imitating the stuff that you’re into at the moment and finding the elements that feel like you… Before Nashville, I sang in church growing up which I think shaped the way I sing about love and the way that I view music as healing. I grew up near Seattle which has a really awesome rock and hip hop scene. As I got older and further into my career as a writer I just found myself gravitating toward all of those different influences at different times… I definitely felt pressure to stick with country music for a little bit because it’s where I got my start- but I’m glad I got to start with that at 15 and explore and grow into my sound from there, because now at 23 I couldn’t be more confident in the type of music I’m making.

Stage presence seems to come so naturally to you, what’s going through your mind while you’re performing?

What a compliment!! I don’t know if I would agree but I do love being on stage haha. Everything and nothing is going through my head in those moments. I usually start the show very critical of myself, kind of hyper-aware of my body and my vocals and everything going on around me, but usually after one or two songs I kind of blackout (in a non-scary way) and surrender to the vibes… I’m working on thinking as little as possible when I’m on stage. I think the best shows are the ones where you can tell the performer is fully in the moment.

So you moved to Nashville in 2016, what has moving from Washington – Nashville done to your sound?

Nashville is so full of so many talented artists and writers of all genres, it can be really intimidating sometimes… But I think just jumping into the scene and working with said talented people has helped me to constantly level up and really just figure out who I am as an artist, everybody has something special to offer and I think being in a place like Nashville keeps you on your toes and always improving which I love. 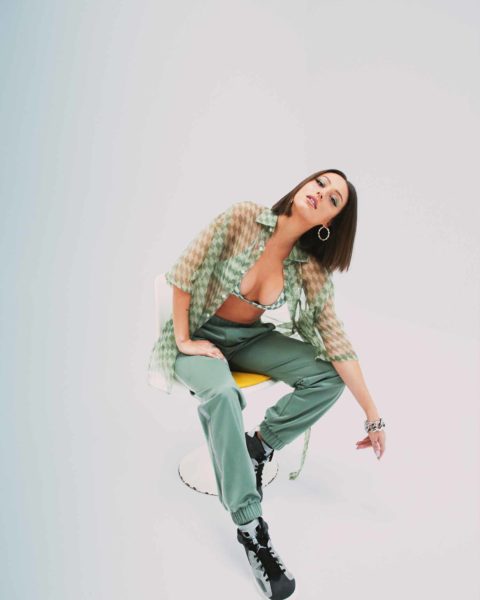 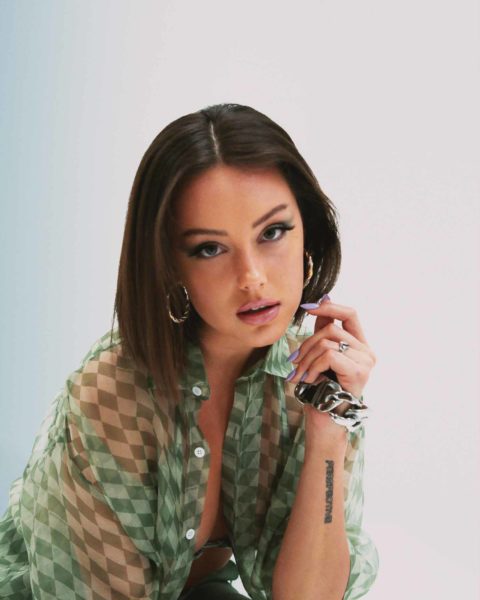 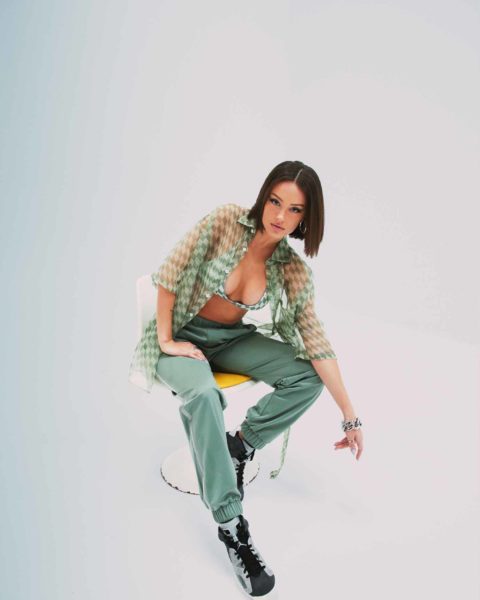 I’ve realized how important it is to know who you are without those typical social in your 20’s things! As much as I miss going out and dancing after a long week (a favourite pre-pandemic hobby of mine)… I’ve found a lot of value in nurturing my introverted side, I didn’t realize how out of touch with it I was until the pandemic hit.

You talk about wanting to fight stereotypes put on women to diminish us, do you have any examples?

I just feel like women especially in entertainment often feel the most pressure to fit into one-dimensional “boxes” to put it simply… You start making music and the next thing that people want to know is how are you going to “brand” yourself… For example- Are you the funny girl? The sexy girl? The sad girl? The angry girl? As women, we contain multitudes, that’s the beautiful thing about us… But I think sometimes society makes it feel like we can only be successful if we dumb our selves down in certain ways. That’s why I call my music “Sensitive Bad Bitch” music… It sounds like an oxymoron, but that’s the point. You can be all the things, that’s what it means to be real.

Having a boy respond “You can come over if you want” is so relatable – have you found that the women in your life are more inspirational than the men?

Hahah well everybody knows that texts like that are a huge pet peeve of mine, hence why receiving one is what inspired me to write my song “Play w/ me”… In that way Would say that the men have been the most inspirational in terms of subject matter! But the women in my life, like my mom, my manager, my best friends from childhood, are definitely the ones who inspire me to have an independent attitude and write songs about these men instead of worrying about them.

What did your production team Monsterz and Strangerz (Selena Gomez, Rihanna) bring to the table when you were in the studio with them?

Monsterz and Strangerz produced my lead single “play w/ me” from the Fresh Start project and working with them was a dream come true! They just know what they’re doing in every sense, so it was an easy process. I also got to work with my two favourite producers in Nashville, Joe Ginsburg and Jon Santana, on the rest of the songs and they really made the project what it is. My journey in the studio the last year has been all about figuring out my sound as a fully-fledged pop artist and having people like them around me who are patient and down to try whatever has been so important. 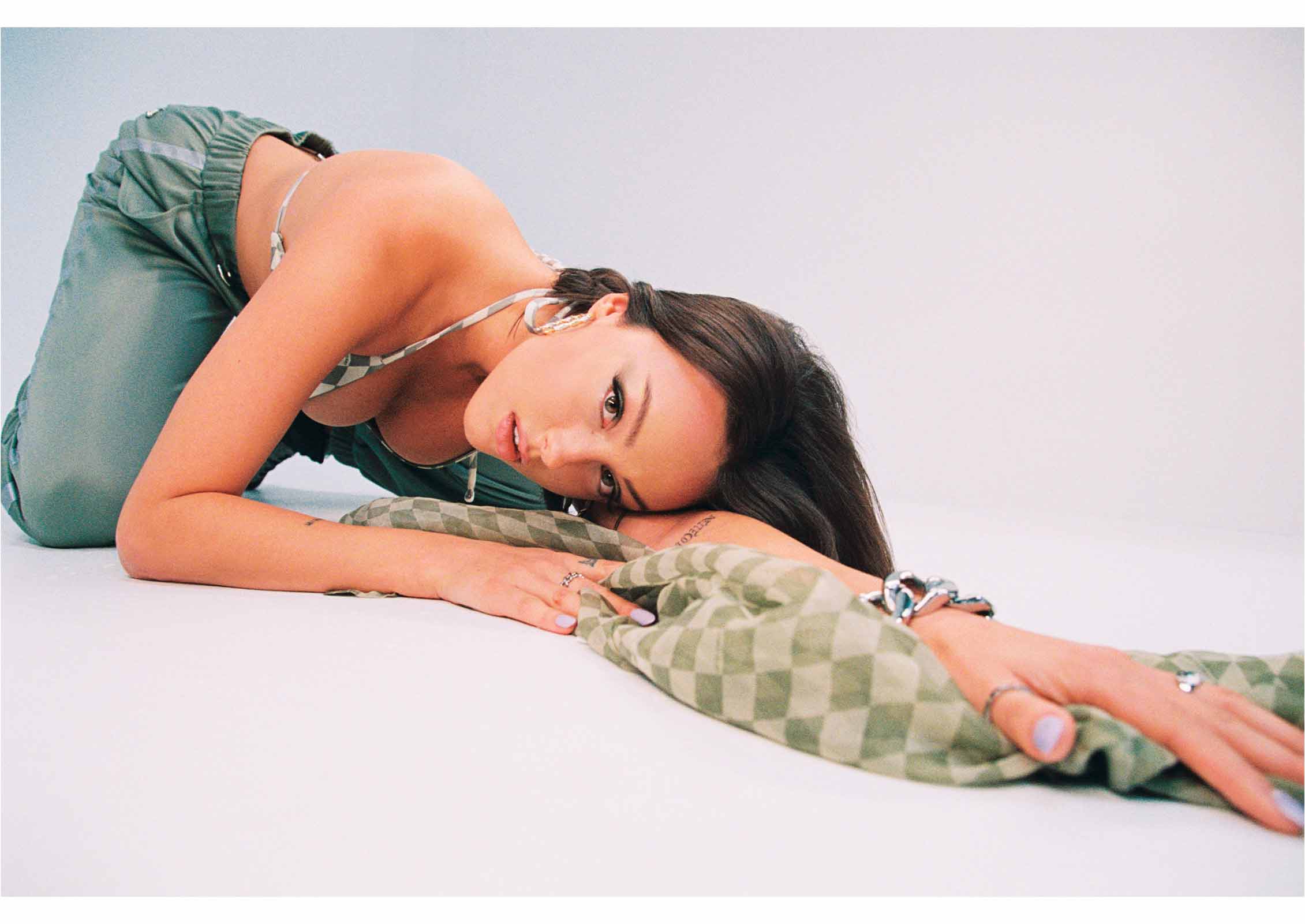 You say that real instruments are the foundation of your music – what does music do for you in the time when you’re not performing and being an artist yourself, but just listening in your bedroom, or going to other peoples gigs/ listening to the radio?

I think music does for me what it does for most people! It heals. The right song makes me feel understood and inspired in my worst moments.

I loved the aesthetic of the “Don’t Call Me” video – what are your top 5 tips for being a girl boss?

Ok disclaimer though, just because I’m giving these tips right now does NOT mean I have mastered them… But these are things I try to remind myself of regularly.

It’s crazy that you’ve done all this at 22. What’s next? And who would you love to collab with?

Everything is next!! Someday I will collab with Drake and I’m claiming that right now!! Haha… My other favourites are SZA and Post Malone, I think we would really vibe in the studio. Jesse Reyez and Fletcher are two artists who I feel would really compliment my sound right now as well… But what I’m most excited for right this second is that my “Fresh Start” project is coming out and I’m so ready because it really represents the place I’ve been at for the last couple of years. We decided not to have any features on the project because it’s just so personal… I hope everyone listens from top to bottom at least once. The message of the whole thing is that you have everything you need within you to have a fresh start at any point in life, and it doesn’t have to be this major thing, and you don’t need anybody else’s permission, it can be every single day if you want… Every song on the project is inspired by a lesson or an experience I had that triggered a fresh start in me. So I hope what’s next is that people listen and feel understood and inspired!

Watch the music video for "Temporary" below: