The brainchild of Melbourne’s own Martha Brown, Banoffee is an artist who resides in that hidden place where innovation and commerciality meet, equally avant-garde and accessible.

First appearing on the radar in 2013, Banoffee became a mainstay in Australia’s underground pop scene, sharing her tales of the human experience through her gloriously left-field artistry. After growing tired of the isolation she felt writing and releasing as a solo artist, Banoffee decided to relocate to LA after the release of her debut EP ‘Do I Make You Nervous?’, a decision that eventually led to working with the likes of Empress Of, CupcakKe, umru and the late great SOPHIE, not to mention touring as a member of Charli XCX’s band on Taylor Swifts’ Reputation Tour.

Banoffee released her debut album ‘Look At Us Now Dad’ in February of last year. Critically acclaimed for its explorative nature, the record sees Banoffee exploring intergenerational trauma and coming of age, its hauntingly beautiful lyrics contrasting the album’s hyper-pop undertones and bleeding electronic textures. The lack of tunnel vision throughout Banoffee’s writing is utterly refreshing, always painting a picture of the multifarious corners of her soul, ripe with existential questioning.

The ever-innovative star is now on the knifes edge of a new and promising chapter. After being forced to return and stay in Melbourne during the pandemic, Banoffee found herself splitting from her partner and being forced to live in the house where it happened, sending her into a deep depression. After embracing the unwelcome feelings she was experiencing, Banoffee decided to use the negative energy for pure catharsis, pouring everything she had into the upcoming project.

Despite being a breakup record, the project cleverly points the mirror inwards. Due for release on the 9th of November ‘Teartracks’ features nine brand new tracks including the previously released “Never Get To F*ck Any1”, “Tapioca Cheeks” and “Idiot”. Intended to “help people process things they might feel alone in”, ‘Teartracks’ is a cultural monument, reinforcing how vulnerability is strength with every balladic melody and hushed tone. Fresh out of her creative cocoon, we spoke to the uber-creative star about the process of creating ‘Teartracks’ and what’s next. 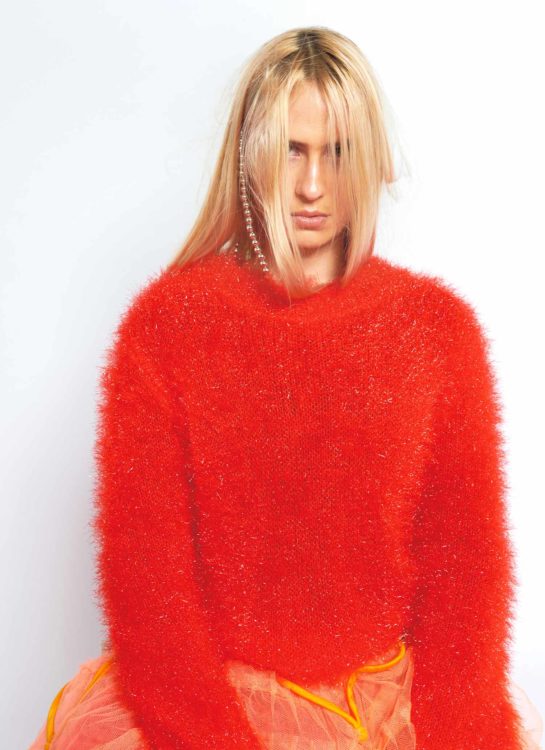 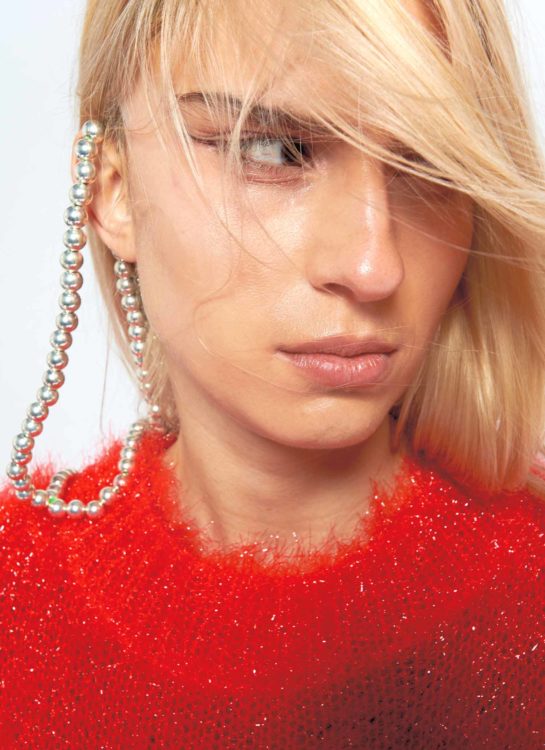 Hey Banoffee, thank you so much for spending some time with us today! How are things with you?

Thank you for having me! I’m good, I’m so excited to begin my album campaign and hopefully get on the road again soon.

Your sophomore album ‘Teartracks’ is excitingly set for release in the US on November 9th. Could you talk us through the inspiration behind the project and the process of its creation?

I wrote ‘Teartracks’ during a really tough time. I was stuck in lockdown, split from my partner and I was falling into a deep depression. Writing this record was like having a friend pull me up out of bed, I feel so lucky to have music.

A lot of the record was written in Fall Back Studios in Melbourne or a little cabin on the great ocean road. In the gaps of the lockdown, I would go down, spend time alone and write. It was important for me as I was stuck in a house that held a lot of pain for me, so writing in new places was a real saviour.

Each song is a snapshot of a stage in my process during 2020 and 2021, two years that have been tough on us all.

I know the pandemic played a massive part in your life course as an artist this year for a whole multitude of reasons. Reflecting, what lessons have you learned from being circumstantially forced into this unique writing environment?

I’ve learned to find joy in the process. After having so much taken away at the beginning of 2020, I’ve learned to enjoy what I have right now instead of projecting into the future. It’s also created an even stronger driver to create. So many people changed career paths during covid, I went through that deliberation too, but all I ever came back to was music. Knowing how certain I am about what I want to do with my life is really nice. I know that I’m in this and that it’s my true love.

Sonically and lyrically, ‘Teartracks’ discovers a seemingly newfound liberation and confidence, openly celebrating vulnerability. Do you feel that through losing control of certain aspects, you’ve realised what’s most important to you as an artist?

I think so, yeah. I think that loss brings about growth and maturity. I feel much more sturdy in myself and my beliefs around my career for sure.

As an artist you seem incredibly visually minded, have you always had that attention to detail with your style and concepts or is that something you’re continually finding through creating new music?

I’ve always loved the visual aspects of my job, whether it’s fashion, video, or art. I do feel that I grow as a visual artist as I grow in music but it’s definitely never been just music for me. Banoffee for me is an art project and a brand. It’s something I can see going in many directions.

The new album is more harmonically driven with a focus on chords and melody and less industrial elements than its predecessor. Did knowing the project was being independently released encourage you to further experiment with your sound, how so?

It did. I have no one to answer to and no real agenda for this record apart from the catharsis it will give me. This record isn’t meant to be a banger it’s meant to be your drive in the dark and I like that. I love writing dance songs and there are more to come, but ‘Teartracks’ is more of a series of moments.

You collaborated with Charles Teiller of Planet 1999, Perto, Trashar and Ceci G on the record. You’ve also worked alongside and toured with Taylor Swift, Charlie XCX, Empress Of, and the tragically late SOPHIE. How did you go about finding collaborators for such a personal record, was there any initial apprehension?

I knew I wanted Ceci and Charles on it. Ceci is one of my dearest friends and writing with her was such an honour. Charles and I made “Tapioca Cheeks” when I did a session with P99 before covid. That session was so easy that I knew we had to make more.

Although this record is personal, I’ve never had an issue being vulnerable with others as long as it’s on my terms. The sides of myself I show in this are all chosen, so it wasn’t difficult working with Charles or Perto or Trashar because I was giving them as much as I felt comfortable with. Now that it’s made the real challenge begins and that’s showing it to like, the whole world lol.

If everyone had to listen to just one track off of the project, which would it be and why?

Probably “Tears”. It’s a song that holds a lot of grief but it’s mature in its approach to loss. It celebrates what I hope I can always celebrate when I have a split – the connection you still have.

It’s so heartbreaking to me that people spend years of their lives together just to end and never see each other again. ‘Tears’ says “this hurts like hell and it’s okay” which I think is important.

Fans have already gotten to hear “Tapioca Cheeks”, “Idiot” and “Never Get To F*ck Any1” – what can they expect from the other tracks on the project and how do you want people to feel after listening to it?

There’s a lot of variation on the record. You can expect some very lonely ballads, some big guitar moments, a song inspired by 10 Things I Hate About You, and more folk influences than you’d expect.

I hope people feel like they’ve gotten to know me a bit better after listening. I hope it brings me closer to my fans and helps people process things they might feel alone in. It says a lot of things people feel sheepish to say out loud, so maybe singing along will feel like a release.

Lastly what can we expect next from you, any future goals you’re itching to meet? Are you planning to go back to LA or does making this album feel like a reintroduction to Melbourne of sorts?

Going back to la for 2022 is my plan, but I now know that I must live in two cities. Having Melbourne catch me so gracefully during such a tough time has reminded me of the magic this city holds. I’ll be touring every chance I get and make sure I come back to Australia as often as Covid allows.