Batavia Collective: “We’re Not Out to Prove Anything”

Trio Batavia Collective talk us through their new track "Propulsion", and why it captures the spirit of Jakarta on a Friday night.

Based in the Indonesian capital of Jakarta, Batavia Collective are a group bringing dazzling production rooted in seasoned musicianship. Consisting of Doni Joesran, Elfa Zulham, and Kenny Gabriel, the trio resist being labelled as singularly a jazz band – the sounds are eclectic, energetic and always colourful.

Their new release “Propulsion”, a follow-up to debut single “Affirmation”, is a fast-paced instrumental, full of intertwining complex melodies and jazz scales. Heavily influenced by the streets and sounds of Jakarta, the group describes how the hot, fast-paced environment has had an audible impact on the variety of their music.

Discussing how the collective was formed, it was playing covers that gave them the idea of starting their own band. Open to a wide variety of influences, from all genres and styles, they describe how they: “create the music through jamming” before voting “on certain compositions together”. For the group, “In the end, the purpose is mainly to have fun.” Available on R&S Records from 10th June 2022, we caught up with band to run down all things “Propulsion”, as well as their musical influences and process. 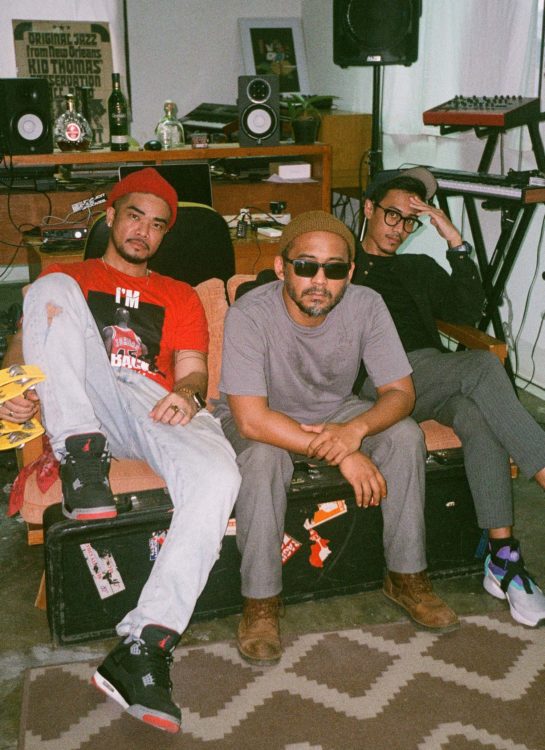 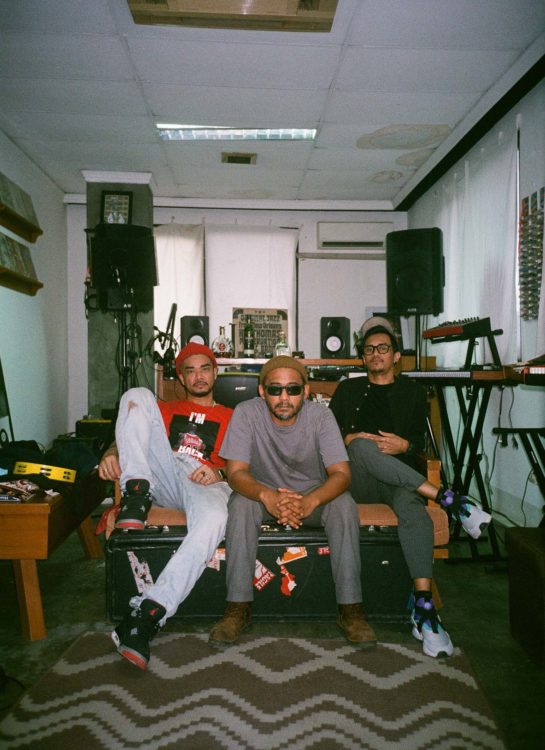 How did you meet and why did you form Batavia Collective?

We’ve actually known each other for a long time, we’re in the same jazz circuit. It was 2018, we were in the studio for another project and when we had some spare time we just jammed together. One day Kamga came along and on the next day we finished our debut single Affirmation. Our manager then picked the name Batavia Collective, and that was that, so to speak.

What do you all bring to the collective? What are your strengths as individuals and how do you mesh well together?

Zulham our drummer is the most good looking, so that’s a plus, great for photo ops. Doni our keyboardist always has a knack for good jokes, it’s always a party when he’s around. Kenny our synth bassist, he’s the youngest but the most reliable and always punctual, we can count on him. Musically, Zulham is the heartbeat. He keeps the body alive. While both Doni and Kenny provide the sonic magic and fiery zeal that makes our sounds stand out.

What do you bring to the music industry that no one else out there is doing?

The way we see it, all musicians have some way of copying each other’s style and adapting to one another. So, we’re not out to prove anything; we’re playing what we like, which usually means lots of jazzy chords with dirty, funky undertones to rave-like parties!

Who are your main influences?

Doni is a big Herbie Hancock guy, but down the line he goes from Kaidi Tatham to Robert Glasper. It doesn’t take much to see that Zulham likes him some Questlove and Art Blakey, also Mark Guiliana and Deantoni Parks. For Kenny, he has this fixation with Louis Cole.

How has the music scene in Jakarta influenced you?

Doni and Zulham basically grew up in the jazz scene, sharing stage with our local legends such as Indra Lesmana, Yance Manusama, and the late Benny Likumahuwa among others. So yeah, that Jazz ethos really seeps in to them. And with Kenny, he was into the club scene, anyone would notice that after listening to his bassline and he’s basically a sponge, he takes from everything and anything around him.

We tried to capture the essence of Jakarta in our sound. It’s rough, its chaotic, its vibrant. I guess we’re trying for a lot of things, keeping our style rooted with what’s around us.

Do you fit within a genre? Do you see yourselves in a jazz space or something different and non-traditional?

In terms of DSP’s play-listing, our previous single went into quite a lot of jazz chart and jazz playlist, but for us personally we think it’s hard to fit it in one genre. 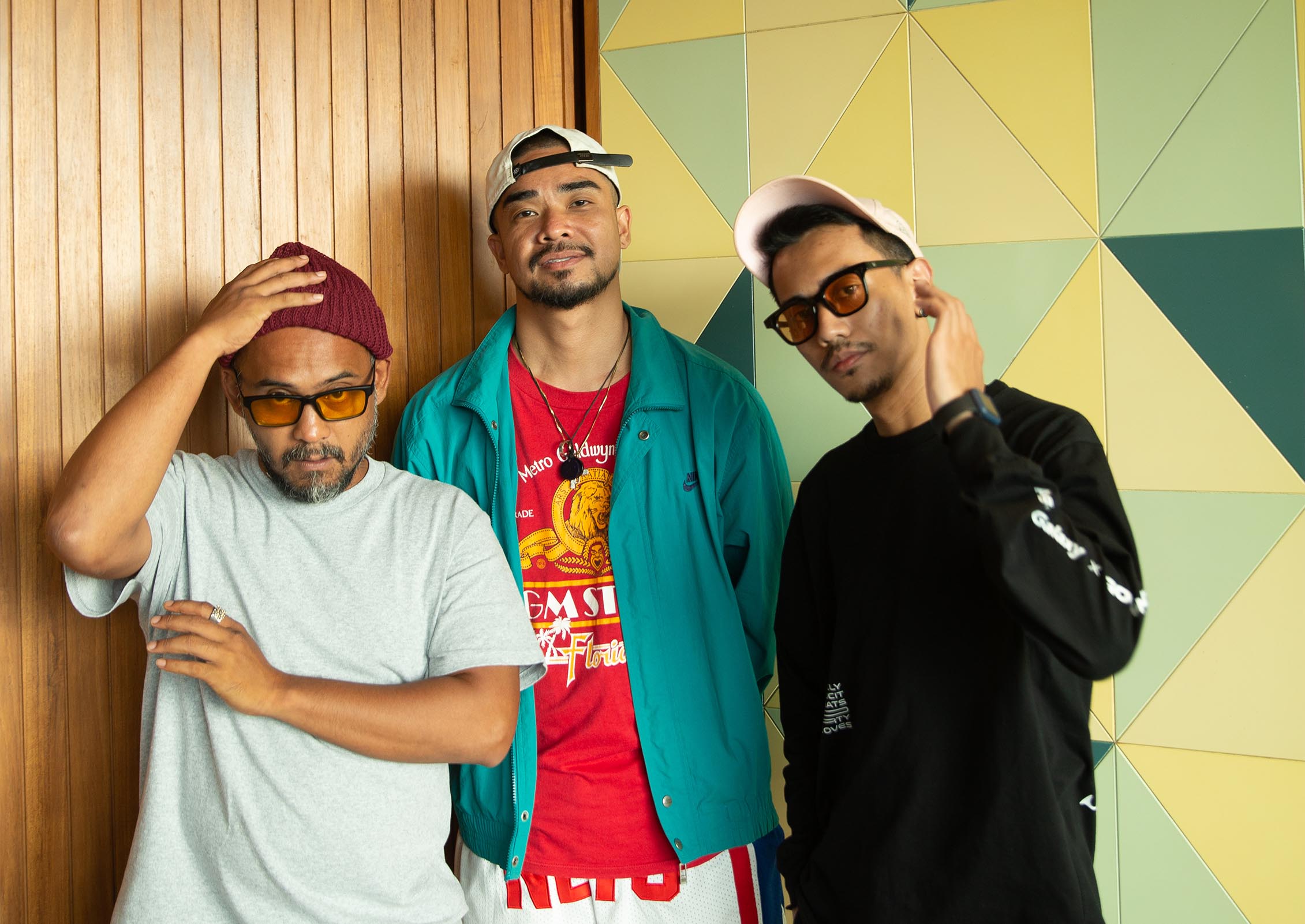 Can you talk us through your process for making a track? You’ve previously mentioned it usually starts with a jam session…

Yeah, we usually g stuff ourselves in a studio and just jam. Afterwards we have a listening session and just dissect the parts that we like and improve the compositions. Sometimes one of us comes with an idea and then build on it together.

What was the process for your new track “Propulsion”? What inspired it?

We made that track in three hours. Just a couple days before our live performance at the Goethe Institut. It was close to Jakarta’s founding day, so we tried to translate the sound and mood of the city itself throughout different parts of the day as a tribute to our city. The track ‘Propulsion’ depicts Jakarta on a Friday night at 9PM.

How would you describe the song in three words?

How do you want people to feel when they listen to it?

We’d want them to feel that they had just emptied a bottle of amer mixed with ice cold beer. That’s a Jakarta classic hood cocktail, if you don’t know.

What else can we look forward to from you this summer?

We’re back in the studio finishing up our EP, hopefully, it will come out late this year. Also, one of our tracks will be included in an upcoming compilation released by an Indonesian label, Lamunai Records.

For anyone discovering your music with this track, what should we know about Batavia Collective?

We are all based in Jakarta, the capital city of Indonesia. Indonesia is not in Bali, it’s the other way around.

Where do you see yourselves in 5 years?

Four EPs and two albums more, with two worldwide tours on our belt.

Watch the visuals for new track "Propulsion" below:

Buy and stream the track via this link.