Emerging Lithuanian musician, Beatrich, has found a global audience through her earworm dance-pop numbers. She speaks with Notion about her journey, new music and moving to London.

Despite her sheltered upbringing – growing up in an idyllic forest in Lithuania – Beatrich has always had unrestrainable ambitions. Aged only 17, the singer broke out of her bubble and moved to Kaunas, where she met fellow songwriters and producers who would encourage her to share her music online. And where do all modern fairytale stories start? Instagram, of course. It wasn’t long before Beatrich was spotted by her future producer and her journey began.

In 2017, Beatrich dropped her debut single, “About”, a country-infused house-tinged medley that marked her out on the scene. By 2018, her track “Superstar” had gained over a billion streams and won her two MAMA Awards, Song of the Year and New Artist of the Year.

Now, the 21-year-old has a global fanbase. She has graced the stage at music festivals in Beijing and Shanghai – even headlining the Sneakercon festival of 2019 – as well as performing in Austria, Germany, and Eurosonic in the Netherlands. Settling down in London for the time being, Beatrich has released her first work since the pandemic, “Same Song”, written in collaboration with Carl Ryden. The track, about being stuck going round in circles, is a real lockdown vibe.

We caught up with Beatrich about starting out in country music, running away from being a doctor, and musical sessions in the big city. 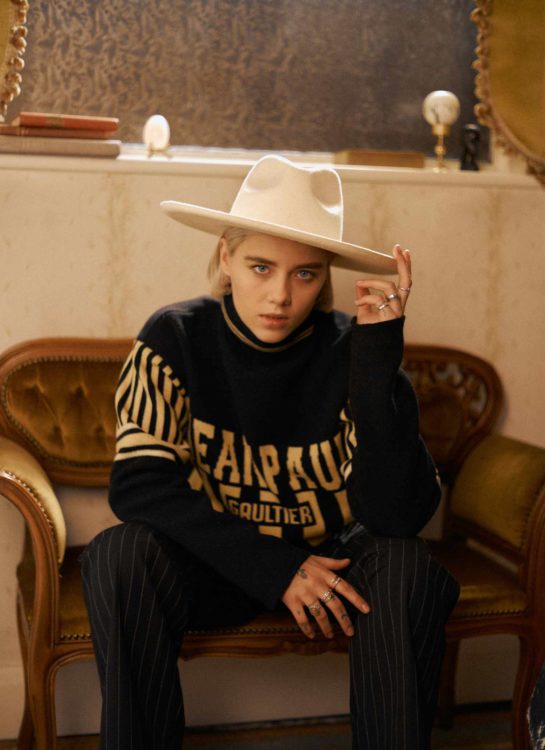 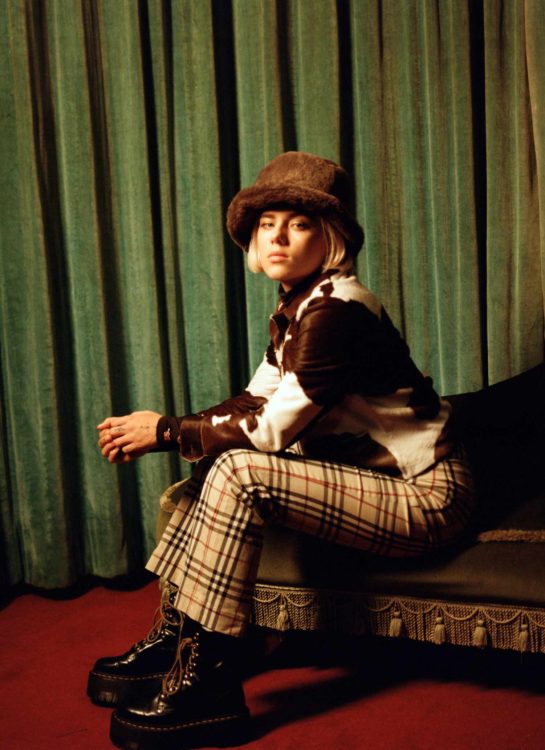 How did you go about writing “Same Song”?

I wrote “Same Song” when I found myself in a situation where I couldn’t stop repeating the same pattern over and over again, knowing the consequences and knowing exactly what the outcome would be. It was like moving in a circle without being able to take a different turn. That’s how I started “singing the same song and doing the same wrongs”. It’s like an addiction, but you are addicted to an emotionally unavailable person.

What was it like to collaborate with Carl Ryden on the track? How did you know he was the right person to work with for this?

Carl Ryden is one of the most talented and nicest people that I have ever met. We connected immediately. He is an amazingly understanding person so he knew exactly what we had to do with this idea. Carl suggested inviting Neve to our writing session, who is also a brilliant writer. It was the best chemistry between us all with all the laughs and tears and this is what we came up with.

You started out as a guitarist and backing singer in country music, and your music has quite a mix of different sounds. Has this genre consciously inspired you? Which other genres and artists have?

I do love country music, but unfortunately, it was never my calling. The reason I got into it when I was younger is because where I grew up, in a little town in Lithuania called Silute, there weren’t many options to do what I love most – music. When I was around 14, my mom found out that there was this band actively looking for a guitarist and backing singer. I just knew that this was my only opportunity to sing, so without any doubt – I joined. I believe this was one of my best decisions as with a lot of touring and getting into the music scene – girls my age wouldn’t normally get into – I gained quite a lot of knowledge about how it all works.

As I was growing up, my favourite artists and their music would change with time, but I am sure that every single song that I have heard made a certain impact on what I consider my music style to be now.

What were the main musical influences on “Same Song”?

While writing this song I didn’t really have any outside influences as I mainly just wanted to act on my feelings and tell the story on my own. As we started building the production, we would choose sounds that would let me transfer my emotions and how I feel inside. I wanted “Same Song” to be as authentic as it can as this is very important to me.

How has your upbringing in Lithuania and living in different cities and locations influenced your music?

For me personally, I don’t believe that being in different locations can influence me to write about different things. When it comes to writing it all goes down to the way I feel one day or another. The reason I started making music is the ability to tell your story to someone who can relate to it and might benefit from it in their own way. I want to be able to send a message to a person far away in a form of music and let them know that they are not alone here and that there is always a way out. Since I always write from my own experience and the things that I’m going through I hope that people could turn around and say: “Hey, if she could do it, I can do it too”.

Moving to London is a brand new start for you. How has this fed into your work?

As much as it is hard to be away from my family and friends, I do love London. I have the best support bubble here that I could ask for and my team is like my family. We are very tight and I could not be happier about it. I have also met loads of talented people that now I can’t imagine my life without. Having loads of sessions with different people really helped me to find myself and I’m so grateful for that.

All of your tracks are in English, but will you make some songs in Lithuanian in the future?

This is very strange but I was never able to write a song in Lithuanian… It just wouldn’t sound how I wanted to sound. Even though English is not my first language, it just gives me a different perspective. And like I said, my main goal is to send a message and I want to reach as many ears as possible. The Lithuanian language and the amount of people that can understand it really limits me and I have never been really good with limits.

Can we expect a debut album from you sometime soon?

I think it’s a bit too early to say yet, but I do have a steady stream of singles coming in the next few months, which is then leading into an EP towards the end of the year. I absolutely can’t wait for people to hear my new music.

What is your advice for similarly young musicians starting out?

The one and only advice that I can give – listen to yourself and your gut feeling!

If you hadn’t become a musician, what would you have done?

Well, that’s funny, because my parents always saw me as a doctor and they were trying really hard to push me into it… I always felt that music is my calling and if I would not be able to do it, I have absolutely no idea what I would do. I never had any plan B and I think with stuff like that you can’t have. It’s either all or nothing. Go hard or go home.

Watch the music video for "Same Song" below: