From their debut 2017 EP ‘Real Stuffed Owls’ to their freshest ‘I Was An Aphid’, Bellatrix has both metamorphosed and stayed true to their eclectic – and charmingly but undeniably chaotic – style.

Bellatrix, who identifies as non-binary, started off their career as the UK’s female beatboxing champion, adding coveted championship awards to their name during their mere teenage years. Bringing Björk-esque vocals and a biting attitude to their music, Bellatrix has been adorned with press praise and radio shout-outs. They are a bassist for R&B artist NAO and have performed alongside Jarvis Cocker, Nadia Rose, Imogen Heap, and The Gyuto Monks of Tibet.

After getting through the tunnel of an abusive relationship and emerging out the other side in 2019, Bellatrix documented their experiences in a 4-track EP, ‘I Was An Aphid’. The new release takes its beasty title from feminist and activist Audre Lorde’s, who said in 1978 that: “women are maintained at a distant/inferior position to be psychically milked, much the same way ants maintain colonies of aphids to provide a life-giving substance to their masters.” The experience has had a profound impact on the London artist’s sound, coinciding with their more recent flirtations with glitch-pop – a relationship that has grown into a serious affair.

Notion caught up with Bellatrix about their experience of writing their newest EP, finding joy in communities and much more. 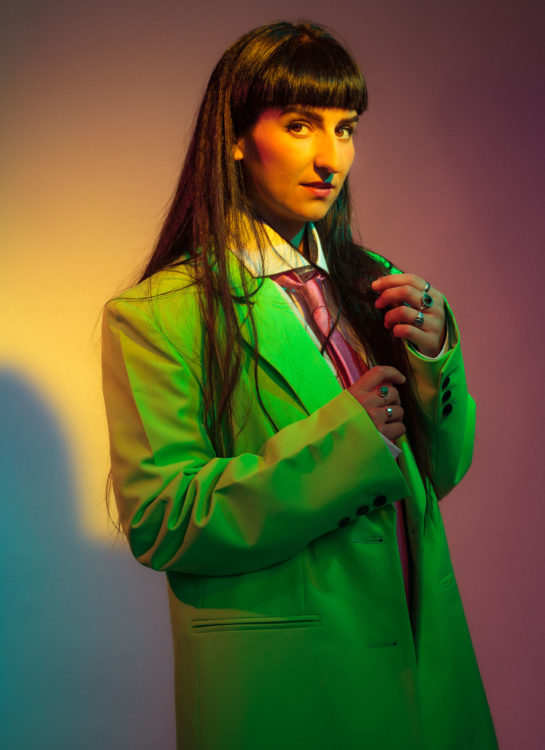 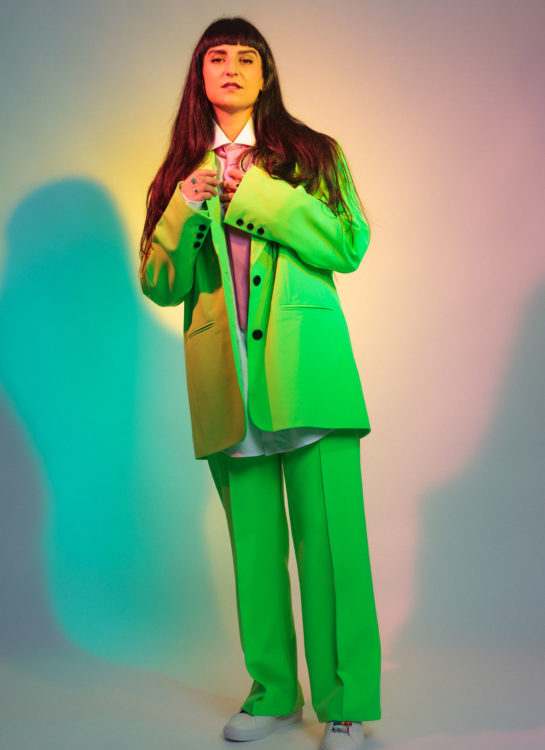 Was the process of writing this EP difficult or cathartic?

I’d say it was a lot of both. Throughout this period of time, I found very little space for myself to be creative, and when I did, it tended to open the top on so much stuff that I was repressing to get through the days. Which was always intense as hell. But I think that forcing myself to look at this stuff ultimately meant that it got processed. Once I’d written “Bad Love” there was no way I could ever pretend to myself that things were okay.

Audre Lorde inspired your title ‘I Was An Aphid’. When did you come across her quote and are you often inspired by literary influences?

Have womxn communities been important to you during your creative process?

It’s funny because when I was younger, I’d say pretty much all of my close friends were guys. I was always drawn to male-dominated spaces, and took pride in being considered “one of the lads”. It’s so different now! I have a few close male friends, but I mostly surround myself with women and other non-binary peeps. I have learned so much from my community, creatively, and in life. Which I guess are the same thing anyway. Honestly, the wealth of wisdom in the people around me has been everything. 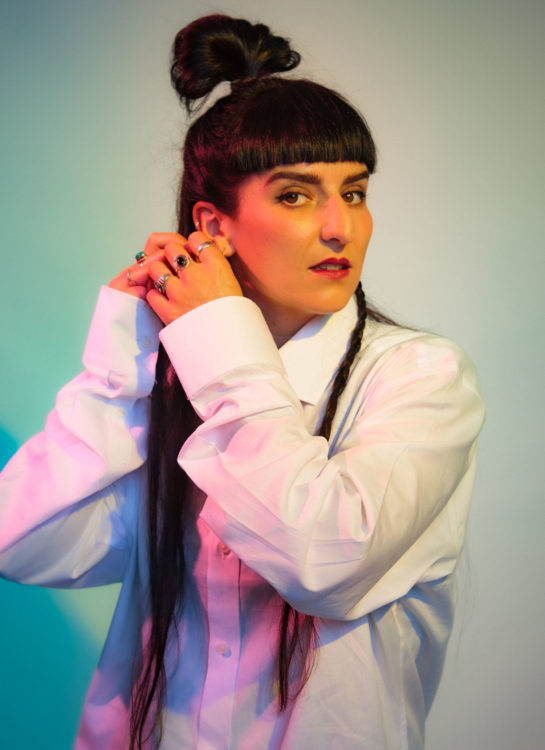 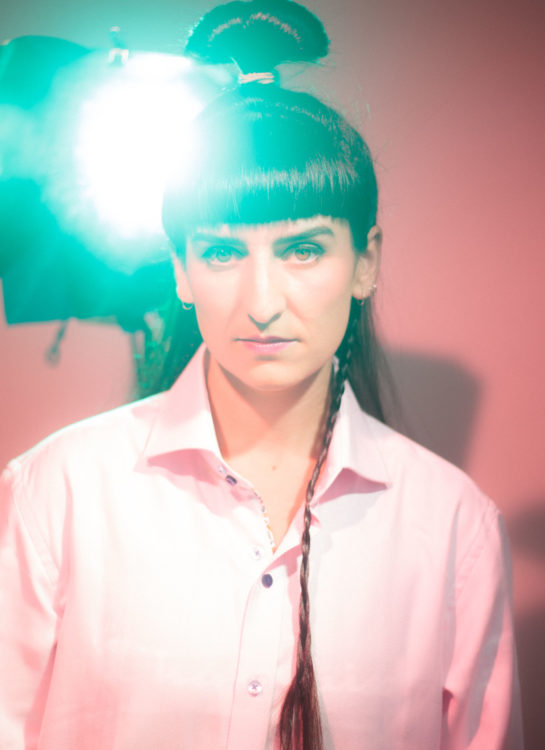 How has your sound changed since you started out and do you feel going through an abusive relationship has changed it?

When I started out, although I was already a professional musician, I had never written my own music or done much singing. So, I think my earlier stuff has a kind of unbound rawness to it. Actually, I’m going through a process of trying to rediscover that rawness at the moment. Like a kind of musical re-wilding. I guess if I were to draw a parallel between the relationship and my creative development, I’d say that as a person I am definitely richer. What I had to learn, what I had to unlearn, the work that I had to and am still doing to process and heal. And so many more things. It all ends up in my music in the end!

You were also a female beatboxing champion. How has this shaped your career?

I was the first professional female beatboxer in the UK, and won various battles over the years including the world beatboxing championships when I was 19. I wanna add in here that I identify as non-binary, but I didn’t have the language around that until more recently.
There’s currency that comes with being a world champion at something, but I was never really a battle beatboxer. I love beatboxing, and the riches of expression that the voice is capable of. I think my career has been more shaped by the type of beatboxer and musician I am rather than my accolades.

How did you first get into glitch pop?

About 5 years ago, my friends asked me to come into the studio and sing on some of their music. My voice was totally unrefined back then as I’d only just started to sing. They were both super affirming and encouraging of everything I did, and in return for singing on their music, they helped me make some tracks of my own. This became my first EP ‘Real Stuffed Owls’, and they were production duo Exmoor Emperor.

Who were the biggest musical influences on this album?

I just had a quick look back to my playlists from that time, I seemed to be listening to a lot of Nai Palm, Tom Waites and Nina Simone and Radiohead. Not sure if that comes across in these ones haha!
I have been influenced a lot by the musicians around me too though. For example, there’s a band called Mesadorm. I’ve been friends with those guys for years, and two of them play in my own band. Their music is very different to mine but I feel forever inspired by their sound, songs and energy. 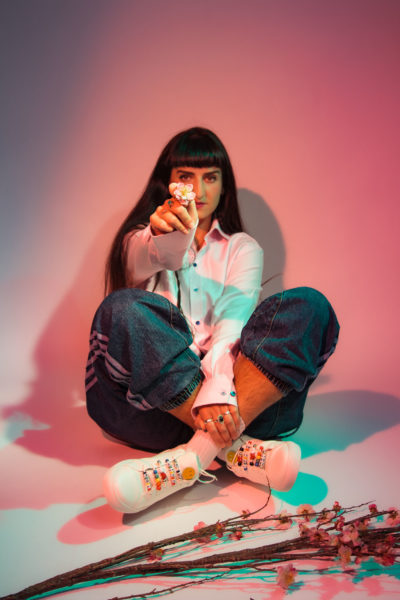 Was your creative process in writing each track on the EP fairly similar or very different?

It was different! Some came really easily and some needed more pointed crafting. The first tune, Golden, I seemed to just vomit up one day. I was renting a studio one day per week in Tottenham, and there was a prophet in there that I had almost no idea how to use. I made the main synth sound with my ears and no knowledge, and the rest was a bunch of logic pre-sets. The melody and lyrics were just there in the air waiting to be plucked out. It was very nearly a complete song by the time I took it to Exmoor Emperor, who helped craft it to the final piece.
Then iPhone, for example, I jammed out on my loop station. I played in the chords on a Microkorg and sped them up, which gave them this messed up kind of sound. I wrote the first verse, and brought that little nugget to Exmoor Emperor as a sketch. Then we made the rest of the tune together.

What’s next after the EP?

As well as being a solo artist I also do lots of other musical things. Over the next month or so I’ll be working on a collaborative project with dancer Emma Houston. We are interrogating dominant narratives around pleasure, happiness and success through a queer lens, and looking at how showing up in wholeness outside of these can be an act of resistance (come see us at The Place in London on 22nd October!).
I’m also playing bass for singer NAO at the moment, and have a few shows with her for her album release. Then I plan to take the whole of November off. I want to take space to return to my own creative process, and refocus myself. I feel like I have so many ideas at the moment, I need some time to just play with them without having a particular aim.

What do you get up to when you’re not making music?

I really like making tables out of wood, climbing up trees, and doing collages.

Listen to 'I Was An Aphid' below:

Bristol’s Bellatrix is an underground pop hero in the making 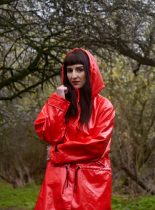 Pioneering bassist and singer, Bellatrix keeps the summer of strange pop rolling with her new single Wish I Could.