Lewisham's very own Benjamin A.D returns with a debut EP that chronicles his life.

Offering honest material with a fusion of styles, Benjamin A.D made a return to music in 2019 after a lengthy hiatus. Benjamin has been sharing snapshots of his life over the past two years, with reflective and introspective singles such as “Backseat Driving” and “Check In”. Despite the obstacles of 2020 Benjamin continued to immerse himself in his art and received praise in May for his latest single “Oxytocin”.

Starting the new year with a bang, Benjamin now returns with five brand new tracks for his debut EP ‘MOOD’. Opener “Thinking Out Loud (No Luck)” considers life’s prewritten narratives; “Trouble” sees Benjamin unlearning toxic masculinity; “F*ck The World” refuses to accept what life has served for him; “Money Me” considers his way out; and “Broke” sees him reflecting on his lifestyle and making a choice.

Speaking on the EP, Benjamin states, “All the feelings and thoughts based on my life experiences at the time, speaking from growth, avoidance, resistance and pressure, to apathy, anxiety and ignorance”.

‘MOOD’ marks the vital next chapter in the journey of one of London’s most thoughtful new lyricists.

Notion caught up with Benjamin to talk about how south London influenced his sound, why it’s important to be pushed out of your comfort zone and how growth plays a role in his music. 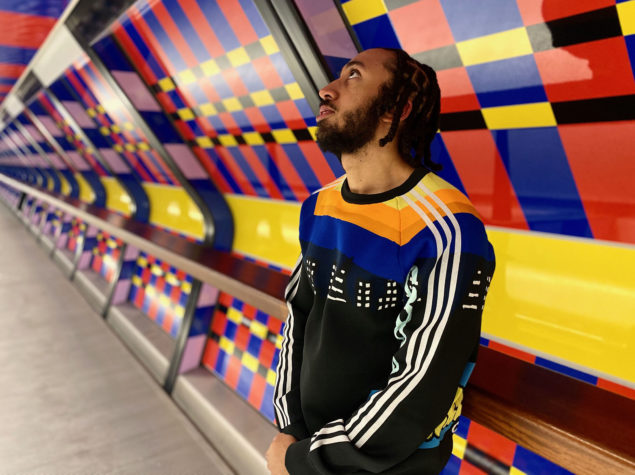 Are there any particular artists who define your childhood?

A lot of different names for different reasons. Stevie Wonder, Erykah Badu, Lauryn Hill, to Styles P, Mobb Deep, Nas, even more that would sound like a really random mix.

What was it like growing up in south London and how did it influence your music?

South London is what it is. I love where I came from, it shaped everything around me. I do think all areas of London have their own distinctions, but at the same time life wouldn’t be massively different from anywhere else in the city. Same dangers, same pleasures. It influenced my music in a sense where my experiences became what I would put into my songs. Beyond that tho, I’ve always felt like I’ve been in my own space making music.

When did you realise music was something you could peruse as a career?

When people started caring about whether I dropped anything or not. I always did it coz I loved it but when you start to see a bit of a demand, it becomes real. I still didn’t really know what I was doing tho. 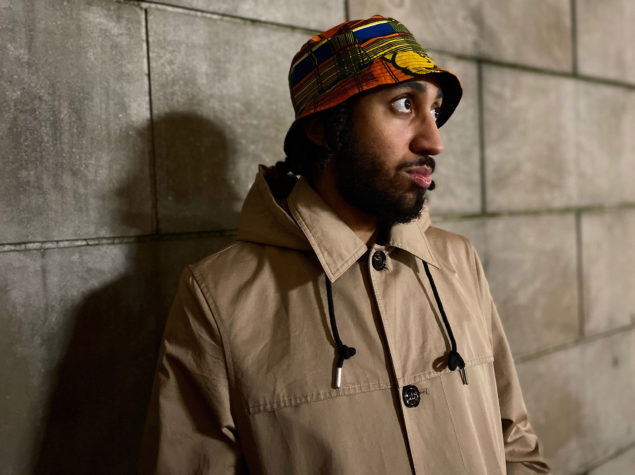 You took some time to study Sound Design at university. Why was this period of learning important for you?

I always continued to create regardless of whether I was releasing anything and it was a perfect time to learn something new. So much time had passed since I felt like I had learned to the point of being pushed out of my comfort zone and it offered me the opportunity to not only learn something aside from music but also principles I could adopt into music.

How have these times changed your music, your approach to the creative process or as an artist as a whole?

I can record from wherever so it didn’t remove the ability to create, but I have wanted to create less since all of this COVID stuff. I remembered how to slow down and decompress again, but there has been struggles like I think everyone would have felt. We’re all in the same boat for the first time.

You’re back with your EP ‘Mood’. What are you hoping to convey to listeners with this project?

I think this EP has so many layers of feelings and thoughts that a lot of people have thought, think or have been through in life. People can connect with it in that sense and also understand me and who I have been through the nature of how these songs are conveyed.

You tackle some personal feelings on the EP such as avoidance, anxiety and ignorance. Does expressing these emotions through music allows you to grow even further? Does the aid of music make growth harder or easier?

I think with life you can still always go backwards regardless of if you know what the right thing is. Realisation doesn’t just push a button and make you behave differently. We all have things we need to unlearn and re-wire ourselves with but acknowledgement is definitely the first step. I think the growth is what inspires the want to share. 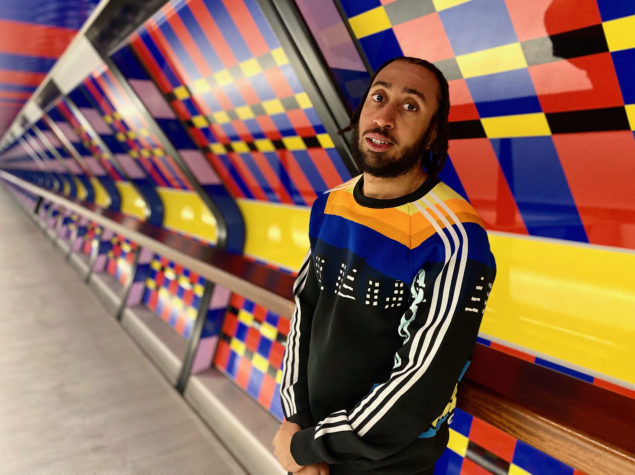 Is there a particular track from the EP you think will resonate most with listeners?

I really think it depends on what kind of person you are. My personal favourites aren’t ever necessarily songs that I would call more successful.

The past few months have put a halt to usual busy schedules. How have you spent time away from music?

My life has been changing aside from the music scene, so I’ve been pre-occupied. In a lot of ways I’ve just gone back to the basics.

When this is all over, what’s the first thing you’ll do?

See all of my people that I haven’t been able to see. There’s a lot of them. 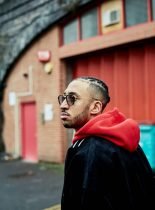 Lewisham's Benjamin A.D takes on the protective cloak of night with his latest track 'Backseat Driving'.