Five years ago, a teenage Benson Boone didn’t know he could sing. Now twenty, some life-changing events later the rising artist’s debut single charted internationally and has reached almost 200 million streams on Spotify alone. This summer saw the release of Benson’s debut EP, ‘Walk Me Home…’, lyrically unfolding the story of his career rollacoaster so far.

Talking to me from his Las Vegas base, Benson tells me he lives alone and doesn’t feel at home surrounded by the big lights and crowds of weekend partygoers that descend on the city. Lucky then, that the singer looks set to spend most of near future on tour, playing to some of the 10 million monthly listeners he’s picked up on Spotify. In fact, this year Benson already successfully achieved what many artists wouldn’t attempt, embarking on a US tour with only three released songs.

Benson’s gratitude for his rapid rise is evident. Having taken part in American Idol before stepping away from the experience, it led to a connection with Imagine Dragons frontman Dan Reynolds. Invited to collaborate by the star, they spent three days together in Vegas, some of the “greatest” of Benson’s life. Benson still cites Dan as a career mentor and the artist is now signed to his Night Street label. Taking a DIY approach fuelled by an unabashed enthusiasm for his newfound calling, Boone played drums, guitar, and piano on the recording of his debut single, “Ghost Town”, as well as designing the artwork for the single.

Releasing new track,”Before You”, another heartfelt ballad out today, Benson Boone is making up for lost time. We chatted to the artist about creating relatable hits, inspiring authenticity, and what’s on the cards for the rest of the year. 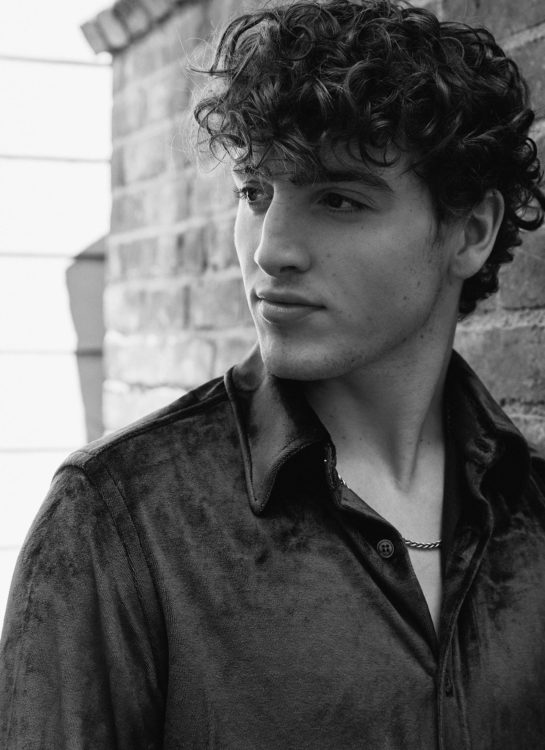 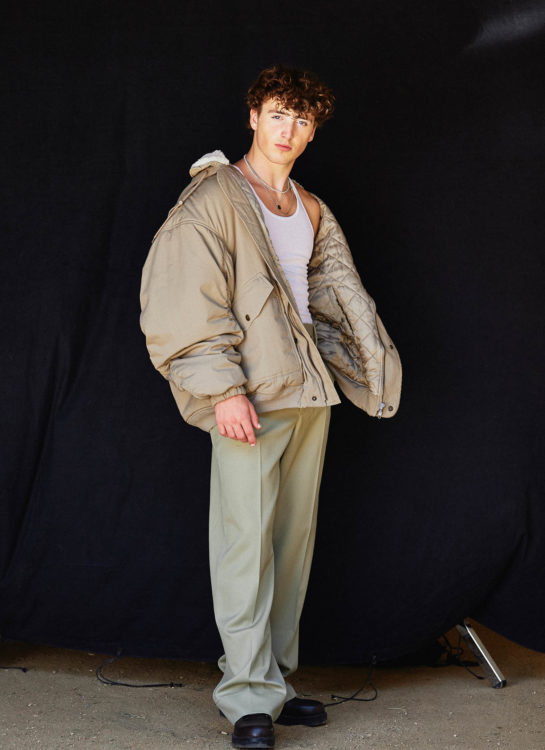 Congratulations on the EP! How do you feel now it’s finally?

So good, I had three songs out for a while. As wonderful as that is, I couldn’t do anything with them except a one or two song performance. Having an EP out, finally I can go on tour, and I have more songs for people to listen to. It’s all very nice for me!

I did want to ask; how did it go down when you were touring with three released songs?

I think one of the best feelings ever is when people sing back lyrics. When I was performing with three sides, I had to perform unreleased stuff and obviously, people don’t know the lyrics. It’s harder to do, but people do like to hear new, unreleased songs.

Talk me through the inspiration for the project… it feels very personable and vulnerable in tracks like “Heart Shaped Box”, “Work of Art”, and “Nights Like These”?

The title of the EP is “Walk Me Home”. I started writing some of these songs over a year ago, and this year has been a bit of an emotional rollercoaster for me, because this is a very different future than what I expected. I never expected to do [music] until a year and a half ago, so it’s all come at me rather fast. At first it was amazing; it was my first time doing everything; there were all these new experiences. I am still getting that, but I’ve had to realise that if this is what I’m doing for the rest of my life, there are certain things I have to do.

That was stressing me out and making me question if this is what I want to do. The songs I was writing became kind of therapy for me. I would go into a session and express all of my feelings through these songs. From my standpoint, these songs are what helped me get through this year, they’re the ones ‘walking me home’, guiding me to a place that I’m comfortable.

Was it scary putting out something so personal?

In your songwriting do you feel like the more honest you are, the more relatable your output might be?

Yeah, I want is for people to be able to hear my songs and automatically relate to something, because a lot of my songs are very personal. It’s a big thing for me.

How did you get into songwriting in the first place?

I know you’ve spoken about the EP being a journey of growth for you, could you tell me a bit about that? It’s an EP with a lot of tracks, do you feel like you evolved during the creative process?

Totally, not even just emotionally but also musically. I feel like after writing the EP I’m still developing. All the songs are from the last year, and they feel like the foundation of my future, because this is again, my first year of writing. These are my first instincts, my first emotions, my first thoughts of this industry, everything. They have developed through the songs, and with the songs, and they will continue to.

You’ve also been travelling a lot recently; do you feel like you’re suited to those rhythms?

I think I am, yeah. I have so much energy that kind of stays inside of me because I sit here and live alone in Vegas. When I get out on the road, and we start performing, I feel like I have a lot of energy to use for that.

It’s the best feeling, performing is magical. There’s nothing that compares that I’ve ever experienced. Nothing compares to the feeling of being cheered on by thousands of people, or even 300 people, I get the same thrill. No matter who it is, if they support you and love you, and show it, it’s automatically the coolest thing ever.

In terms of performances so far, you’ve done Ellen, the Kelly Clarkson show, late night with Seth Meyers – some massive opportunities! Have there been any that you really had to pinch yourself during?

You grow up watching Ellen or James Corden, seeing their faces everywhere. Seeing someone you’re so used to seeing on screen your whole life is always such a crazy thing, and then she comes up to give me a hug. It seemed like she was a hologram, it was so crazy.

We have to talk about TikTok, know you’ve been building a following on there for years now, from before you went on American Idol, what’s your relationship to TikTok now? Has it changed? Must be another great way to connect with your fans?

When I started out, I was definitely not taking it seriously, I was posting entertainment videos and not singing. Then I started singing and people would ask for me to do singing videos all the time. I feel like I got tired of thinking of ideas for funny videos, so I stopped that kind of thing. Now it’s just become a way that I’m able to get people to hear my songs, and it’s quite frustrating. Unless you’re already an A-list artist, you have to break a song on TikTok and that’s the way the music industry is right now. At the same time, it allows for a lot of people to hear your music. 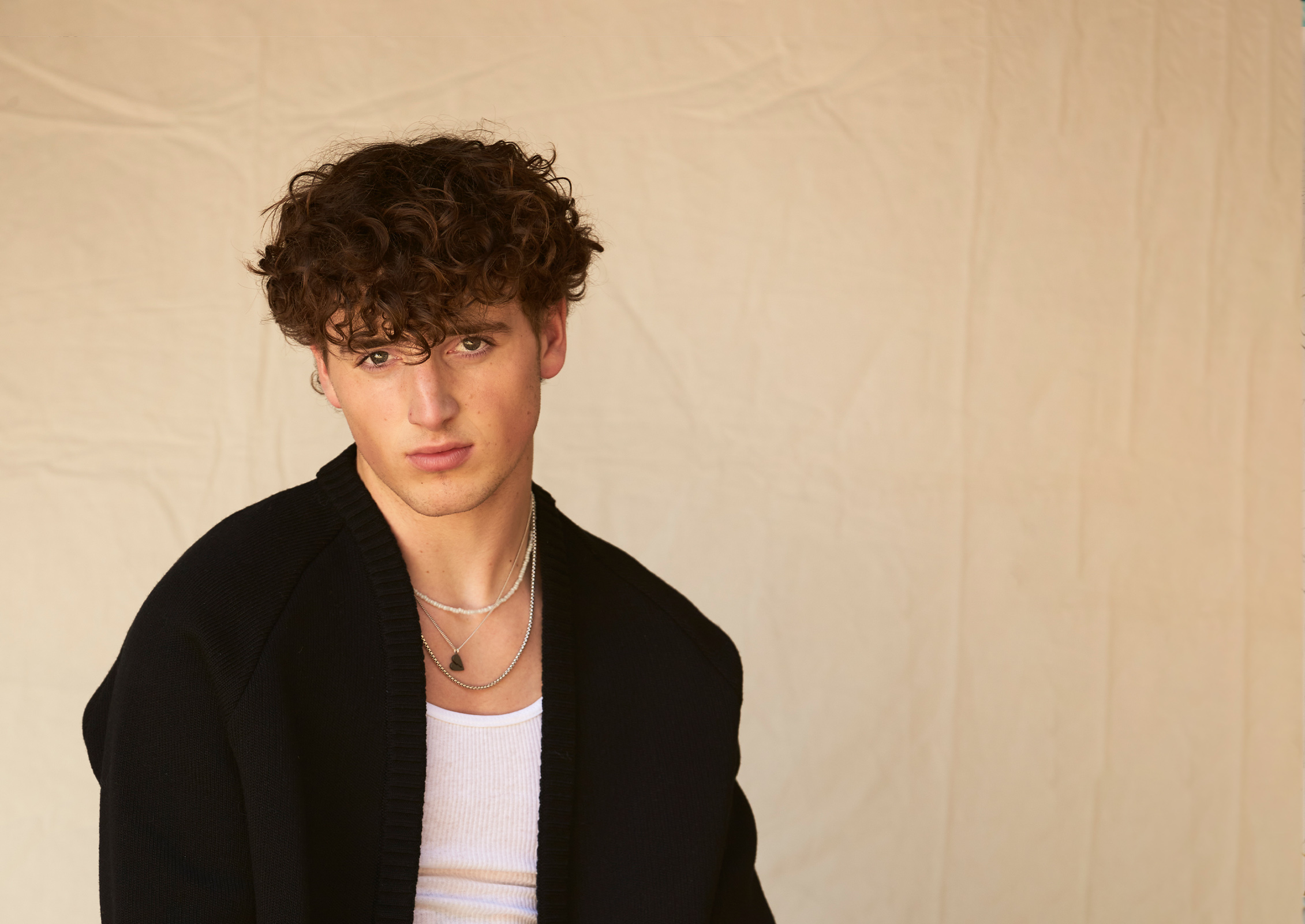 What are you proudest of about the EP in general? Is there a feeling, or something you wanted to get across?

I wrote this EP for me. I wrote it because I love these songs, they are personal to me, and this is my passion. I want people to listen to the song and take a completely different meaning than what I do. I want people to think of experiences they’ve had in their own life, or they just love listening to it. I want to inspire people to be who they want to be.

Judging by social media, it seems like the tracks really have resonated with people…

Even though you’re experienced on social media, do you feel like it is hard to keep a thick skin?

I’ve been very fortunate to not have to deal with a ton of horrible comments. I think that’s something like you can get more used to, seeing those, but it never stops being a horrible feeling. When you get pulled over by a police officer while you’re driving, and your stomach drops, that’s what it feels like to read a negative comment about yourself. You have to remember that most of the time people don’t even mean it, and they don’t really know you.

How do you think your younger self would feel about where you’re at now, and everything you’ve achieved so far?

Five years ago, I did not even know I could sing. My plan was to play a professional sport, or be an architect, or interior designer. So, if my younger self could see me now, they wouldn’t believe it. I would be so confused.

I know you’ve spoken about being on a long journey in your life and career. In an ideal world – where will that journey end? Or are you happy just finding out along the way?

I think I’ll always just be happy experiencing new things. But in the long run, I want to make this a big career. I want to do big world tours and have millions of people hear my music and if I’m coming to a city, I want people in that city to be like, ‘Oh my gosh Benson Boone is coming!’. I want to be inspiring doing my own thing, not like anybody else. I’ll never forget the people that have been an inspiration to me, and I want other people to experience that too.