Another year spent (partly) inside required another year of great TV, and thankfully 2021 stepped up to the plate. Here's Notion's picks for the best of the small screen in 2021...

The latest effort from horror/monologue master Mike Flanagan, Midnight Mass is a patient series that takes its sweet time to reveal its secrets. Once it does, though, it opens up into a brilliantly compelling horror tale about the dangerous price of overzealous faith that shows an impressive empathy for its large cast of characters. Also, blood drinking bat creatures. Think Stephen King if his characters were unbelievably articulate about existential issues, and you’re about there.

Have we reached gritty murder mystery saturation? I thought so, but HBO’s Mare of Easttown made a case that there’s still a Philadelphia cheesesteak’s worth of energy in this genre. Anchored by an excellent lead performance (and accent) from Kate Winslet, Mare is a rare murder mystery that finds just as much interest, if not more, in the surrounding plot and characters, leading to a genuinely poignant conclusion that subtly plays with our expectations of what we want from our crime shows.

With the romcom genre mostly consigned to crummy Netflix movies these days, it’s TV’s job to pick up the slack. A banner effort this year was Starstruck, which takes the normie-meets-celebrity premise of Notting Hill and updates it brilliantly for modern-day Britain. Rose Matafeo, who leads and co-created the show, is a delightful romcom heroine as Jessie, and her chemistry with Nikesh Patel as megafamous actor Tom Kapoor offers enough pleasures for far more than the six slender episodes we’re given. Damn it, British brevity!

We Are Lady Parts

There’s life in British comedy yet. We Are Lady Parts is both a showcase for the comic voice of its lead creative, Nida Manzoor, and an exercise in how to build the perfect cast. Jumping off from the premise of its all-female, all-Muslim punk band, the series quickly builds out a world that feels vivid and hilarious from the get-go. It’s a totally joyous celebration of found family and female solidarity, and there’s a banging punk soundtrack to boot. Blink-182 in episode one, all I’m saying.

Apple’s alt-history space series For All Mankind started slowly in 2019, but its second season saw it really dig into all the promise of its butterfly-effect premise. Yes, it’s very cool that there are gun battles on the Moon, but there’s genuine substance to this evocative story of individuals wrapped in conflict with themselves and the institutions who they serve. The more the series’ long-Cold War tensions heat up, the better it gets, and it all culminated in an incredible finale that had me punching the air and reaching for the tissues. Figuratively. I’m not that expressive.

It might feel a little close to the bone to have a season of television about returning to the office in these omicron times, but we promise that Mythic Quest is more than just the latest in the workplace comedy conveyor belt. The video game-centric series levelled up this season with more experimentation with its storytelling (bottle episode!) and a willingness to follow its intriguing side narratives to their emotional peak. The two-episode dive into the backstory of F. Murray Abraham’s semi-fraudulent sci-fi novelist is one of this year’s best movies, and I will accept no complaints about that.

The cultural power of the sad-com has slightly waned in the last couple of years (hey, we’re sad enough anyway) but Feel Good is an excellent reminder of the emotional power that letting comedy coexist with heartbreak can bring. This second and final season continues on the autobiographical track of the first, which means it’s still a product of Mae Martin’s delightfully unique, deadpan comic sensibilities, and their skill at stirring up emotions in the viewer before you’ve even quite realised what’s happening. It’s in turn warm and devastating, and it’s truly a shame that it’s gone so soon. Still, ending after 12 episodes is a pretty good creative flex.

The biggest show on television these days? It’s pretty close. Expectations were sky-high for this long awaited third season of Succession, and if the show took a little time satisfying them, the wait proved to be entirely worth it by the end. It still contains television’s sharpest writing and a massive array of performances that all feel as if they deserve their own individual show to be showcased, and there’s nothing that can quite shock, and remind you how wrong your assumptions were, like a Succession twist.

This year brought the news that Russell T. Davies is returning to Doctor Who soon. While that’s obviously as exciting as hell, his new miniseries this year was a reminder of all the original content we’ll be missing while he’s piloting the TARDIS. The devastating story of the AIDS crisis in the 80s and 90s is one Davies has clearly been waiting to tell, and that personal investment is evident in every scene of It’s A Sin’s stunningly concise five episodes. It makes you fall in love with its characters and breaks your heart when they hurt – a fitting monument to the lives, and the joy, cruelly taken by the disease.

I Think You Should Leave

We live in ridiculous times, often guided by ridiculous people. Sometimes the only thing you can do is laugh at it – and there’s always plenty to laugh at in Tim Robinson’s sketch show, I Think You Should Leave. Its second season was another masterful exercise in gleefully dumb absurdity, mining comedy from premises like a man’s fixation with dumping water on his stake, an overzealous reality TV experiment and an employee’s poor solution to a delayed work lunch. Its silliness is so refined, so well-constructed, that it’s almost smart. Almost. 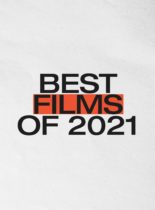 Cinema - actually going to the cinema - was a cherished pastime this year. There's been a ton of great flicks but these are Notion's top picks from 2021. 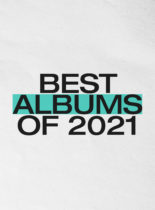 A look back on the best albums 2021 had to offer - from Sam Fender and Joy Crookes to Dave and Little Simz and more. 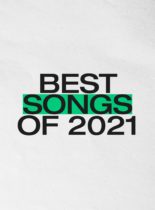 They've been stuck in your head all year...now it's time to look back at the best and biggest tunes for 2021.