From Bianca Saunders To Paul Smith: A British Guide To Paris Fashion Week

With plenty of British influence on this year’s Paris fashion week schedule, we look ahead to some of the event's most anticipated shows.

Renowned for its heritage haute couture ateliers, Paris is the undisputed fashion capital of the world. In the 1920s and 30s, thanks to designers like Coco Chanel and Madeleine Vionnet, the city imbued a regime of style, and subsequently attracted a global yearning for luxury fashion. At this time, photographers were strictly prohibited from attending fashion shows, as couturiers suspected they were spies for others who may wish to copy their pieces. Eventually, due to increasing pressure from the rapidly developing American market, Paris and its illustrious list of designers opened its doors for people to see, if they could afford to.

The first official Paris Fashion Week was in 1973, and nowadays, it’s become more theatrical than ever, with extravagant set designs and novelty moments contributing to a show’s success. When British couturiers John Galliano and Alexander McQueen respectively took over Christian Dior and Givenchy, they heightened the world’s ostentatiousness with controversial collections and prodigal runway shows. The fashion renegades went to Paris and ripped up the rule book, forever changing French runways whilst presenting their intricate pattern cutting and technical flair to the masses.

Ever since, Britain’s had a growing impact on Paris fashion week. Its axis is shifting in favour of the unconventionality coming from places like Central Saint Martins and the Royal College of Art. With a plethora of native designers showcasing their work for menswear FW23 next week, we spotlight some of the event’s most eagerly awaited shows.

Two years on from her Paris fashion week debut, where she explored the origins of dancehall music and its ubiquitous style, Grace Wales Bonner returns to ‘the City of Love’ for AW23. Plenty of fashion insiders are tipping her as Virgil Abloh’s Louis Vuitton successor and, with an innate ability to marry heritage and modern culture, it’s easy to see why. Grace’s early collections analyse the sociohistorical connections between her British and Caribbean descent, resonating with all genders despite being made for the menswear runway. With Louis Vuitton yet to confirm a heritor, AW23 could be a defining moment for Grace and the Wales Bonner brand.

Starting her eponymous label in 2017, Bianca Saunders graced Paris for the first time last year. The south-east London creative references identity through style and subculture, maintaining a keen eye for elegant tailoring and poignant pattern cutting. Collaborations with heritage brands like Farah and Wrangler have elevated Bianca to new heights, invoking her families’ Jamaican roots along the way. As she returns to France for the second time, expect another triumph in minimalistic design.

Receiving support by the British Fashion Council’s NEWGEN scheme, Kiko Kostadinov is one of the most well-regarded designers to have graduated from Central Saint Martins in recent years. The London-based, Bulgarian-Born creative has been lauded by many critics in recent Paris runways for his wearable asymmetric cuts and disproportionate shaping, which nod to futurism and fluidity. With regular, apocalyptic Asics collaborations, fans of the cultish brand will be eagerly watching this show to see what comes next.

Since Paul Smith opened his tiny three x three metre shop in Nottingham 53 years ago, he’s built a tailoring institution that’s showing no signs of slowing down. Earning him a knighthood at the turn of the century, his ability to take inspiration from anything and sew it into the fabric of his designs has attracted a range of fans. Thanks to the suits rise in popularity recently, Paul remains a relevant figure in British fashion, and he’ll be taking to Paris once again for a masterclass in clean tailoring.

Loewe: Jonathan Anderson Celebrates a Decade at the Helm

Established in 1846, Loewe is one of fashion’s oldest luxury brands. The label’s humble beginnings as leather bag specialists created a foundation for it to become an institution that the likes of A$AP Rocky wears. However, Loewe hasn’t always been the cutting-edge house it is today; Jonathan Anderson, better known as the founder of JW Anderson, undeniably revolutionised the brand when he took over in 2013. Nowadays, everyone wants in on the action, and as the Norther-Irish designer celebrates ten years at the helm, this season’s collection is one of his most anticipated to date.

In Paris, the Return of Casual Comfort 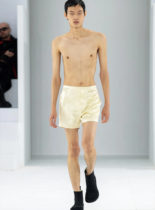 As Paris Fashion Week comes to a close, we look into the latest trend taking luxury by storm; casual comfort season is upon us. 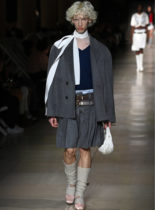