Bils: Taking African Rap To The Next Level

The rapper, singer, songwriter and producer talks about his new EP, making a foray into music, his noteworthy collaboration with Olamide and many more.

Bils is a jack of all trades and most certainly a master of all. As a singer, songwriter, rapper, and producer, the Lagos native has been on a hot streak following the release of his debut project, 2017’s ‘Pay Your Bills: Eviction Notice EP.’ The 9-track effort solidified him as one of Africa’s most promising emerging rappers due to his ability to infuse catchy and melodic singing into rap, all in a bid to produce tunes packed with exhilarating effects.

In 2019, Bils, born Daniel Oshodi-Alagoa, shared Mans On The Move EP, a follow-up project that sonically displayed his growth and character development as an artist honing in on his artistry. BILS has returned with a brand new project, a 6-track record titled ‘BGNLT (BAD GUYS NEED LOVE TOO).’ With features from Simi on the project opener “Breakfast,” Liya on “Undisputed Love,” award-winning and top Nigerian rapper Ice Prince and Californian-based Afrobeats artist Big Klef on “Reconsider,” the project is an ode to his segue into a new version of himself and a more refined sound.

We caught up with Bils to discuss the putting together of ‘BGNLT (BAD GUYS NEED LOVE TOO),’ what he was going for with the project, and how distinct it is in comparison with his previous projects.

BILS is one person carrying the dream of two people. My brother was the one that named me BILS; he was murdered. But BILS means Built In Lagos State.

What type of music were you surrounded by growing up?

So my dad used to hit me with Igbo Music, and the likes. 5 am, that’s what we’re jamming to (laughs). But when I found music, I was listening to hip-hop. Back then, I was listening to the likes of Mystikal and Tupac, and I remember recording these songs whenever they came on the radio. I also grew up on Fela because my mum and dad used to go to his shrine back in the day. Nigeria was heavily influenced by a lot of hip-hop at that time, and even artists like Olu Maintain and eLDee were influenced by hip hop too. These were the sounds I was surrounded by growing up.

How do you think these sounds influence the music you make today?

They have definitely influenced my sound in every way. Music back in the day had this crazy level of confidence, and listening to these sounds helped me because I was a really shy kid growing up. And also, the rap part of my sounds is heavily influenced by what I was listening to growing up.

Tell us a bit about how you started. Was there any particular event or person that encouraged you to settle on music?

I’ve always been a listener when it comes to music, I was always in the audience. I never really thought I would make music even though I was always up-to-date with the latest songs at that time. After I had finished high school and I came to America, I didn’t talk to anybody for like a year. I was so insecure about my accent. I was scared that if I spoke, they would know who I was, and that made me depressed. It was during that period I found music and it became a form of relief. My brother and I had the dream to take our music and creativity to a whole different level, and after he was murdered, I just took it up all by myself. 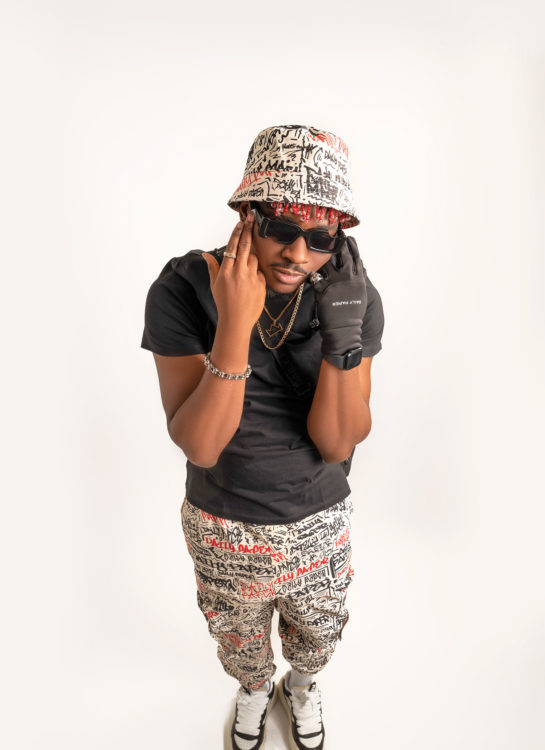 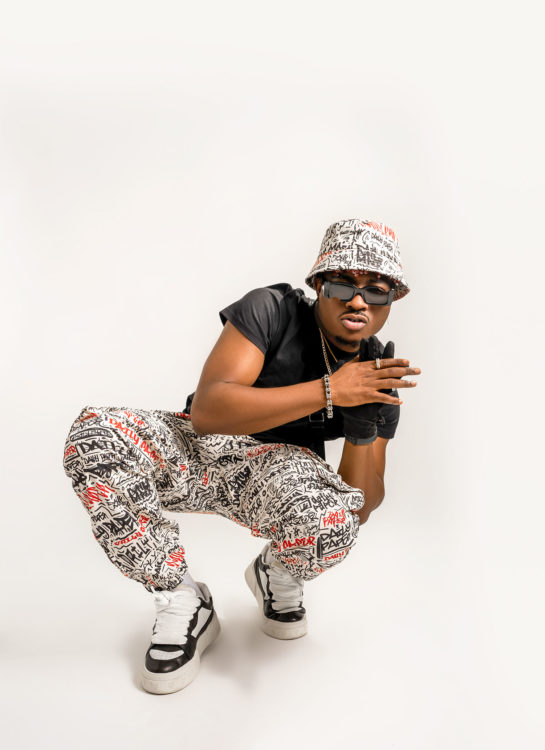 With just a few years since you broke into the scene, you’ve achieved so much. One of which was your collaboration with Olamide on “Standard.” How did this come about?

I was like a late bloomer when I got into music. It seemed like everybody knew more than I did, so I had to learn a lot about music. I had this technique to start singing covers targeted to certain artists. For a week, I would do covers every day and would direct the bass and the instrumentals towards a certain artist and I’ll keep promoting it. The next week, I would pick another and do the same thing. I did a cover of Drake’s “10 Bands” and Olamide posted the video on his Instagram page, tagged me, followed me, and sent me a direct message telling me my stuff was dope. My head was spinning because when I left Nigeria, Mo’ Hits album was just blowing up, and for me, I missed it. It made me feel disconnected. But I knew Olamide was big, and it was really surprising that he followed me. When I first made “Standard,” my friend produced it and the African scene in Houston at that time fell in love with it. So I sent Olamide “Standard” and asked him if he could do a verse on it. In less than three months, I got a verse from Olamide in my email. Then he told me he was coming to America and he’d like us to shoot the video. Honestly, it felt like a scam (laughs). We shot the video, and that was how it all happened.

Tell us about your latest project ‘BGNLT(BAD GUYS NEED LOVE TOO)’. How did this title come about?

I’m always in that bad guy space, even though I’m really not. And I guess it’s just the energy that I have with the way my music is. People become surprised when they realise that I’m actually a chill person. But for most girls that are not really my friends, they take me as one of those boys, and I’ve been one of those boys a couple of times. At the end of the day, everybody needs love, so I guess it’s safe to say that bad guys need love too.

How unique is this project compared to 2019’s ‘Mans On The Move’ EP?

I’m in a different space right now. When I released ‘Mans On The Move,’ I was in a more aggressive and angry space. Like I said earlier music is very therapeutic for me, and ‘Mans On The Move’ was just me on the move. But for ‘BGNLT(BAD GUYS NEED LOVE TOO)’. I was calm, more relaxed, and more calculated with the choice of songs and the message.

How did the features on the project come about?

Starting with the first track “Breakfast,” I’ve always been a huge fan of Simi. Her husband, Adekunle Gold, is my friend. But low-key, I’m more of a Simi fan than Adekunle Gold, and I’ve always wanted to do a song with her l(laughs). She randomly asked if we could do a session and I was shocked. Two days after, she came to my house, then she played me her recently released album. She told me to play her any of my songs, so I played “Breakfast,” and she instantly fell in love with it. That was how that happened. For “Reconsider,” Big Klef was playing a melody of the track on his Instagram story and I liked it. He sent me the instrumentals and I recorded my part. But I knew I needed to put somebody else on it, so I reached out to Ice Prince through a friend, and that was how it happened. And then for “Undiluted Love,” I needed a female touch on the song. By that time, I didn’t even know Liya had messaged me. We eventually worked together on the track, and it was so good. Everything just happened organically.

What were you going for when working on the project?

Who is one artist you would love to make music with in the future?

It has to be Kanye West. He’s like my number one artist. The man fears nobody, and he makes whatever he wants to make. He sets trends and he’s just amazing.

I’m going on tour with Adekunle Gold right now. I’m also going to do my own tour and I’ll also be dropping some singles too and some music videos.

Listen to 'BAD GUYS NEED LOVE TOO' below: