Blacksmith is Working With His Heroes

We caught up with Bristolian artist, producer, radio host and hip hop event director Blacksmith to run down his journey so far, latest collaboration and next steps.

Blacksmith is a name that if you don’t know now, you soon will. One of Bristol’s brightest, the artist, producer, radio host and hip hop event director has recently released a single with UK legend Skinnyman, alongside production from none other than New York’s Statik Selektah.

Already embedded within the UK Hip Hop scene, Blacksmith’s current career achievements read like some people’s bucket lists. From performances at Glastonbury to supporting the likes of Lupe Fiasco, Common and Jurassic 5, the artist has described his continued drive both to evolve as an artist, and for the evolution of hip hop as a movement.

The latest stage in this evolution is new track “The Price of Love”, a “dream into reality moment” for Blacksmith. We caught up with the artist to run down his journey so far, latest collaboration and next steps for the rapper. 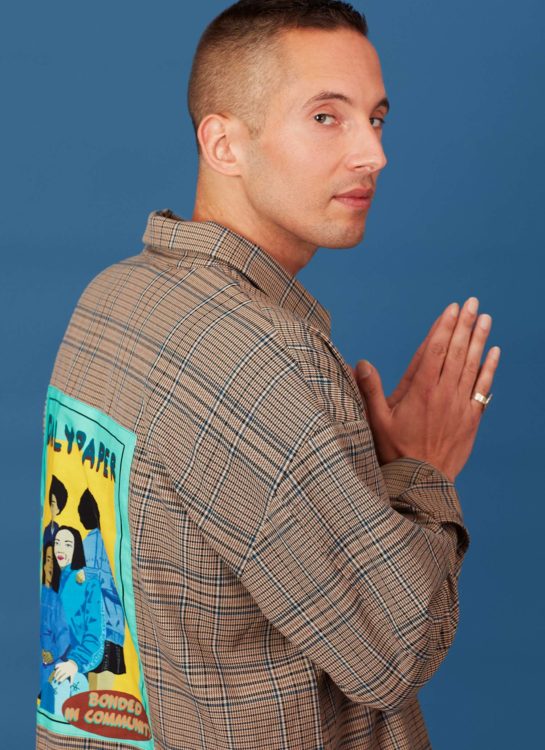 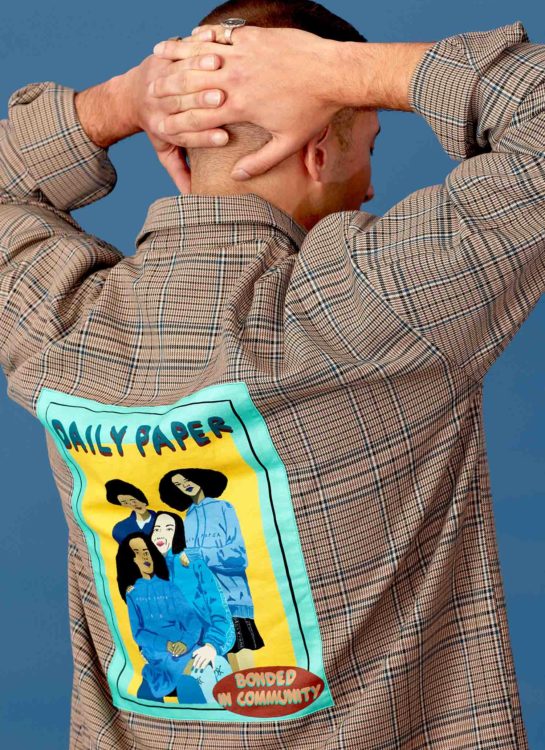 Congratulations on the new track, “Price Of Love”, how’s the reception been since the track dropped?

Yeah, the response has been amazing since we dropped it a few weeks ago. We had MK & Shortee Blitz give it a world premiere on Kiss, as well as Complex and Clash giving it premieres on release which was great. We had a big launch party at AFT Raps in Bristol with myself and Skinnyman the day of release which went off. Statik Selektah has been spinning it over in America on Eminem’s Shade 45 Sirius XM which is dope as well as a lot of DJs nationwide over here. I think a lot of people were excited to see Skinnyman and Statik Selektah appear on a track together and the response has been nothing but great across the board so far.

I know the visuals came out this week featuring the absolute legend that is Skinnyman, what was the experience having support from an artist like that? How did he end up on the track?

It’s a blessing and not something I take lightly. You are right to call him a legend, in my opinion he made one of the most important Hip Hop albums to ever come out of this country with ‘Council Estate Of Mind’ and for him to be involved is an honour. It came about via social media, I had released a single and video called “Through The Melody” which was a song I’d written after losing my Dad and is a pretty heart felt track. Skinnyman had seen it, and although we’d never met, left some amazing comments about it on social media and so I decided to drop him a message thanking him for showing love and just said if there was ever a chance of working together it would be an honour. Sure enough, he said ‘Send me something I’m interested’ and just like that I sent him the beat and we were on our way.

Can you talk me through what “Price of Love” explores lyrically? Is it a personal one for you?

Yeah I mean I think a lot of my music is personal, it’s how I tend to write, but ‘Price Of Love’ lyrically is posing the question and asking what is it you are willing to do or sacrifice to accomplish your hopes and dreams. Whether it’s time, money, relationships, all of these things can suffer in the pursuit of chasing dreams and sometimes we can put so much into something for what may seem like a little reward. That’s the price we pay doing/chasing what we love, with the hope that it will pay off.

The track has nostalgic hip-hop elements, was this conscious? Were there any specific musical inspirations for the production or writing?

I mean the track itself is produced by Statik Selektah, arguably one of the most important Hip Hop producers in New York/America at the moment, and someone I’ve been a huge fan of for years. The song definitely has a nostalgic sound to it thanks to Statik’s production, which also fits in with a similar sound that people are used to hearing from Skinnyman. I wouldn’t necessarily say there were any specific inspirations on the writing side but knowing I had Skinnyman on a beat prod by Statik I knew I had to deliver. Myself and Skinnyman recorded the song together and wrote the third verse together so it has a real flow to it on the recording, the verses weren’t just mailed in. 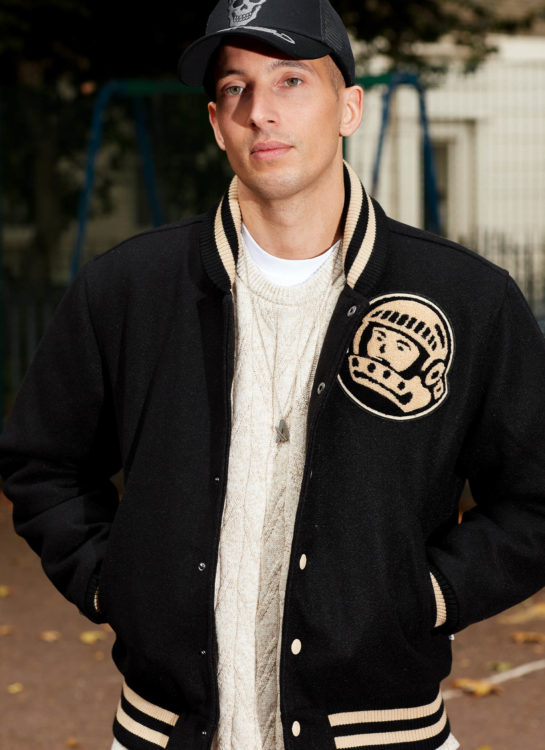 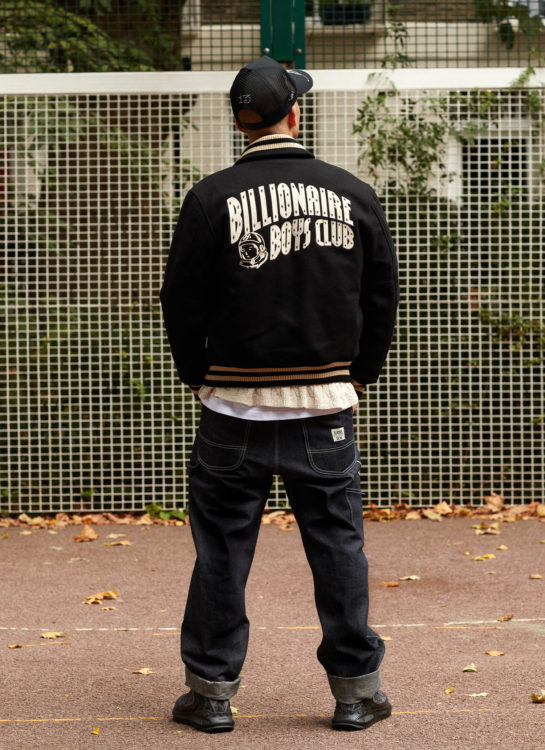 Throwing it back, who were your early musical inspirations? Do you feel like you still carry them with you?

I grew up in a house full of Soul, Motown and Ska music from my parents and soul music will always be one of my first loves, from Ray Charles to Stevie to Sam Cooke so I always like to think although I rap (and can’t really sing, although I might try sometimes) I try and get some soulful emotion into the music I make so that it can connect in similar ways.

Some of my earliest Hip Hop inspirations range from Biggie, Mos Def, Common and Nas to name a few. U.K wise it would be artists like The Streets, Skinnyman, Kano, Doc Brown, Sway, people like that. I’m also a fan of Kanye, when I was at school ‘College Dropout’ blew my mind and is seminal album for me as an MC and producer..I don’t agree with a lot of his actions but his first run of albums blew my mind.

Have there been any pinch-me moments in your career so far? I know you’ve supported some massive names and played the likes of Glastonbury…

There’s been a lot! This single release is one of them for sure, I think going out to L.A to film the music video for a song of mine called “Peace” with Rakaa of Dilated Peoples and Marc 7 of Jurassic 5 (shouts to Carasel & Knytro who also feature) was another, as I grew up listening to those groups. Whilst out there I also got to work with Evidence who I’m a huge fan of. Playing a sold out Jazz Cafe with Evidence was special.

I’ve done a lot of supports over the years. Lupe Fiasco earlier this year was good, as well as supporting I got to introduce him to the stage for his first gig back in the UK in 10 years which was cool. Some of the festivals as well, I mean Glastonbury is always on an artists bucket list so it’s great to have been able to play there a couple of times now. Fusion Festival over in Germany will always be special too alongside Frenic, my DJ, but yeah there’s been a lot and plenty more to come hopefully!

Do you have a dream venue to play, or maybe a dream creative vision you’d like to achieve in a video one day?

I have two dream venues I’d love to play..one would be Brixton Academy..it’s one of my favourite venues and it’s been on my hit list for a while & somewhere I would love to play one day. Another would be the Red Rocks Amphitheater in Denver. If you’ve never seen it before google it! It’s this incredible outdoor amphitheater in the mountains and it just looks like it would be the sickest venue to play ha..I’m fortunate to work with a few really creative videographers, shouts to RXTN and The Candy Farm who manage to execute ideas amazingly but I’d love to get really cinematic with a release and maybe make a short film to go alongside it. That’s a goal for sure

You’re Bristol-based, do you do a lot of collabs with people from the South-West area? Anyone that should be on our radar?

Yeah for sure, I’ve worked with and produced for quite a few. I have a music studio in Bristol and we also run regular Hip Hop events in the city where we try and book anyone doing their thing in the city and give them a platform through our AFT Raps nights and label which is myself, Carasel and Frenic. Definitely check Carasel’s recent album ‘Dreams Of Paradise’ it features a who’s who of Hip Hop & D&B. Go check Frenic for sick instrumental Hip Hop. There’s plenty of dope artists in Bristol doing their thing right now I would say some other artists to look out for if you didn’t already are Wishmaster, Res-One, Sylla, Jay 0117 and someone whos fairly new to the scene but someone I think is dope is Fessor. Bristol has a city full of talent! 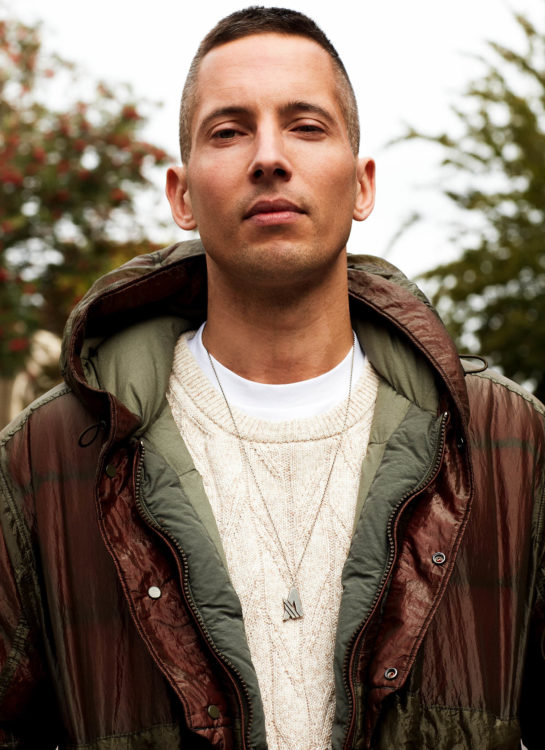 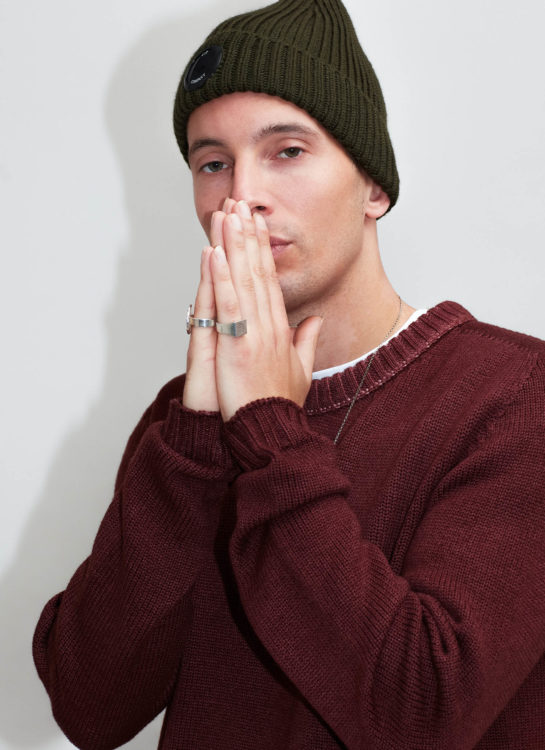 What are you proudest of about the music you’ve been releasing recently?

Well I’m incredibly proud of “Price Of Love”, it’s a dream come true for me to be able to release a single featuring Skinnyman and Produced by Statik Selektah. Even as a fan first I would want to hear Skinnyman on a Staik beat so the fact it’s on my single is kind of crazy to me. On the production side I co-produced a single for Hodgy from Odd Future called ‘Everyday’ earlier this year alongside Jeff Wootton of The Gorillaz. Hearing Zane Lowe give it its premiere on his radio show was special!

But also just the way my music seems to be connecting and resonating with people. I’ve noticed it in particular with recent shows and messages that I receive, and it’s a great feeling as an artist knowing that something that you may have written from a dark place to help you has the ability to help a listener. I’d always been the listener but now as an artist having people tell me that some of my music has helped them is a beautiful thing.

Finally, what’s next for Blacksmith?

More music! More events! I have a lot of music ready to release, I’m still working out exactly how I want to do that but I’m really excited to get it out there. There’s some great features coming that I’ll keep under wraps for now, but if you’re a fan of ‘Price Of Love’ you won’t be disappointed .I  also have a single coming with a producer named Jackie Marua and singer Sydney Bryce, we’ve just wrapped the video so that one is up next! And through our events and label we are looking to grow in Bristol and keep pushing our sound and backing other artists in the city doing their thing. The next 12 months will be exciting!

Stream "Price Of Love" below"