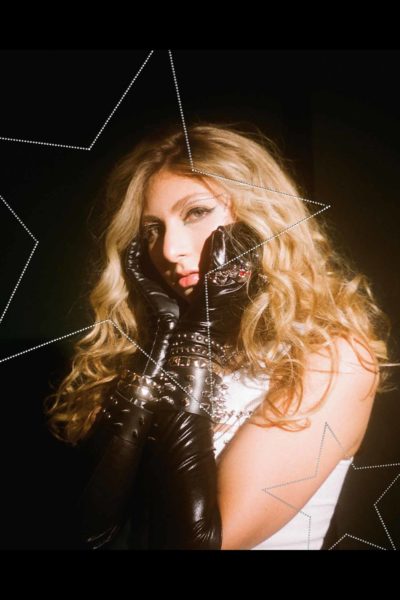 Blu’s laid-back, New York drawl and effortlessly cool demeanour makes her a prime candidate for future rock ‘n’ roll royalty. With long blonde hair that tumbles around her shoulders, the rapidly-rising star looks like she’s just stepped out of a scene from HBO’s Euphoria, or could be found gracing the steps of the Met  with the rest of the edgy Gossip Girl reboot cast. When we catch up over Zoom, however, Blu is currently staying in Los Angeles, “collaborating with new people, doing some photo shoots, you know, the whole thing”. 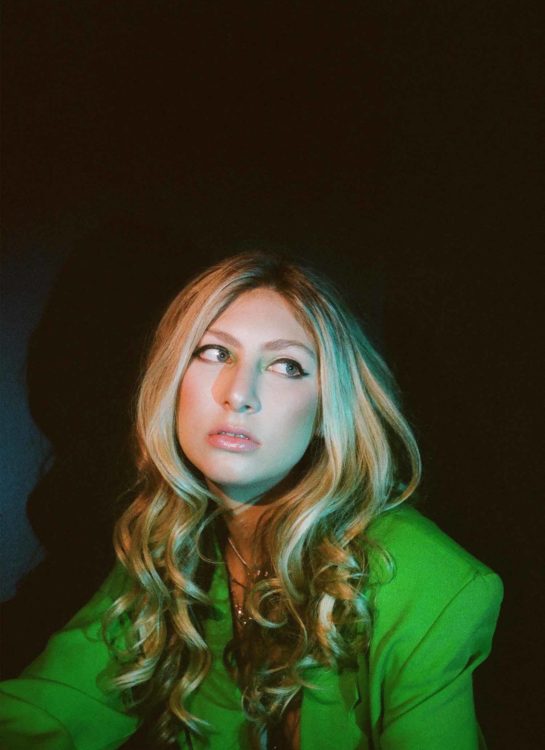 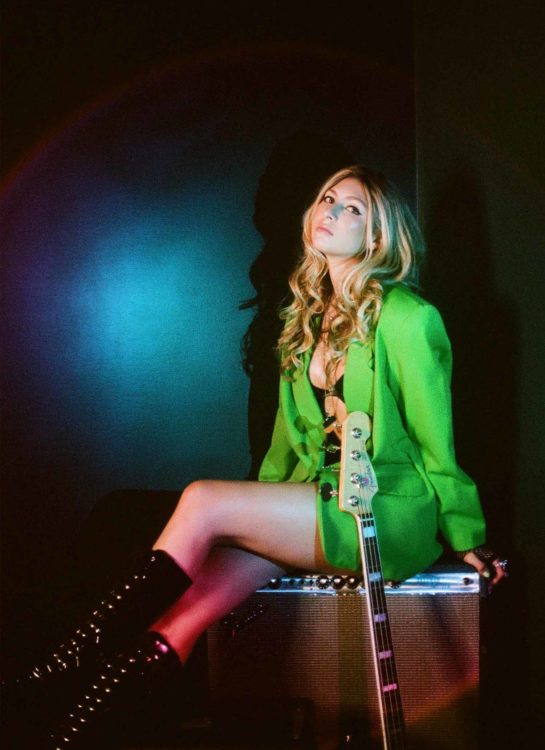 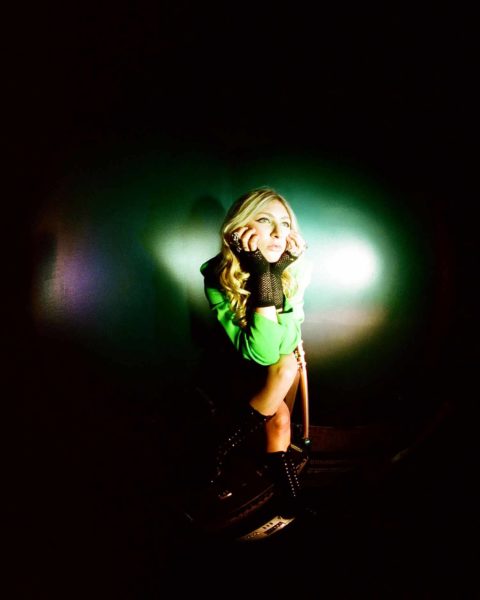 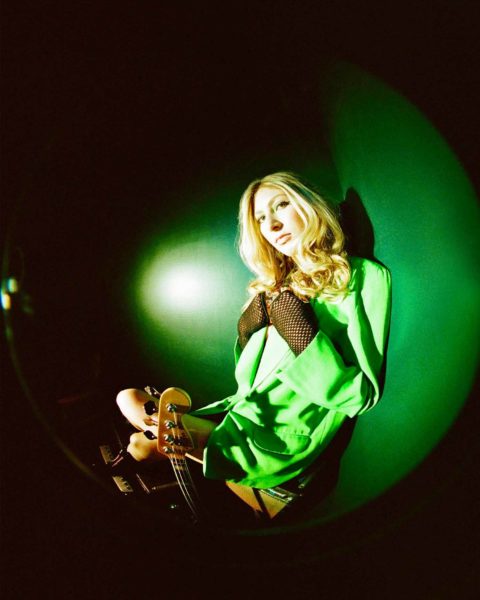 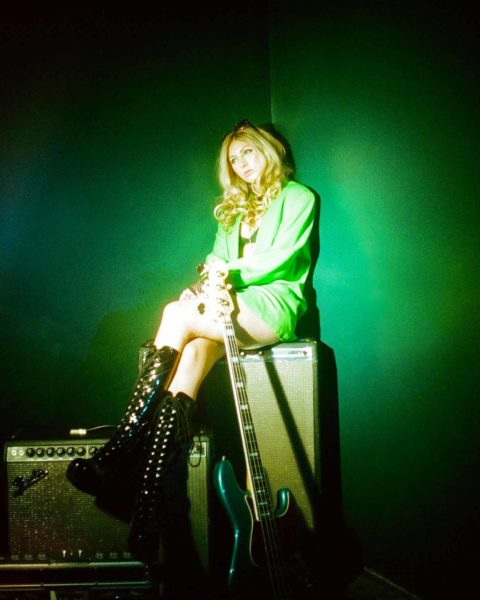 Blu DeTiger has recently been named as one of Fender’s Next Class of 2021, alongside BRIT award-winner, Arlo Parks, Notion 89 cover star, Griff, and Jack Saunders’ co-sign, Holly Humberstone. “It’s so cool that Fender creates a community of next-up people. It’s really cool to be surrounded by other artists that are so amazing as well”, she says. 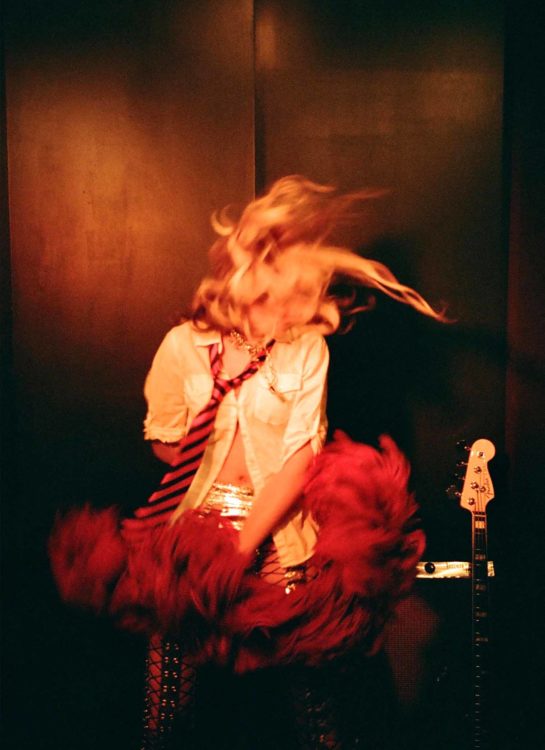 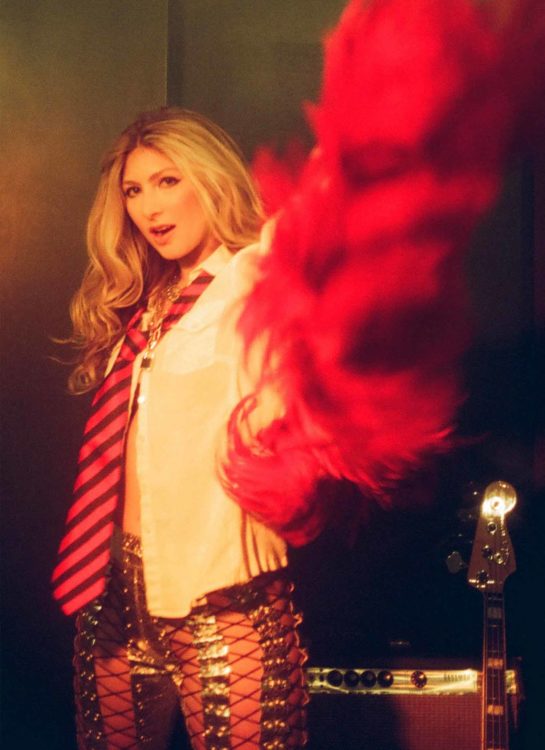 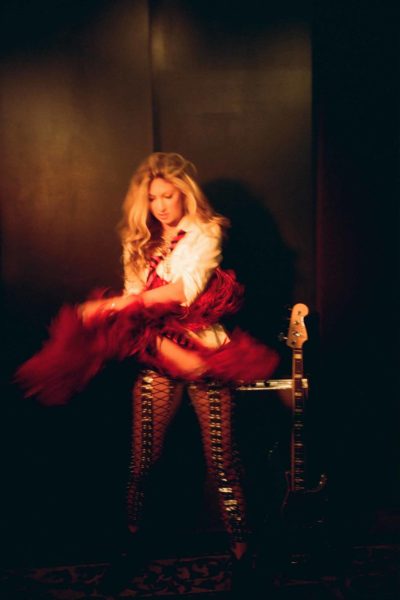 Before her solo career received a rocket blast from TikTok, Blu would play in a number of bands for other artists – including bass for Caroline Polachek and alt-rock band Kitten. Her life would revolve around live music, from touring the world to DJing at club nights around NYC. In a city that famously never sleeps, it seems like Blu wasn’t getting much herself. That was, of course, until the pandemic struck and put the live music industry on pause. Rather than kick back, though, Blu took the time to focus on her own music. “The loss of live music, the loss of everything and the pandemic in general really forced me to focus on the writing and songwriting part and building fans in a different way”, she reflects. “I was so used to going out and meeting people and seeing actual faces, but I think it ended up being a blessing for me to sit at home and find people that way. I tried to turn all that into motivation to find a different way to pivot”. 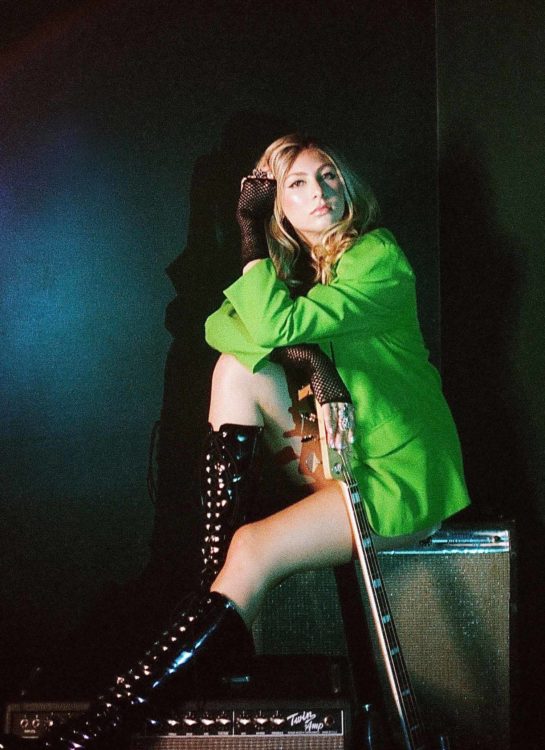 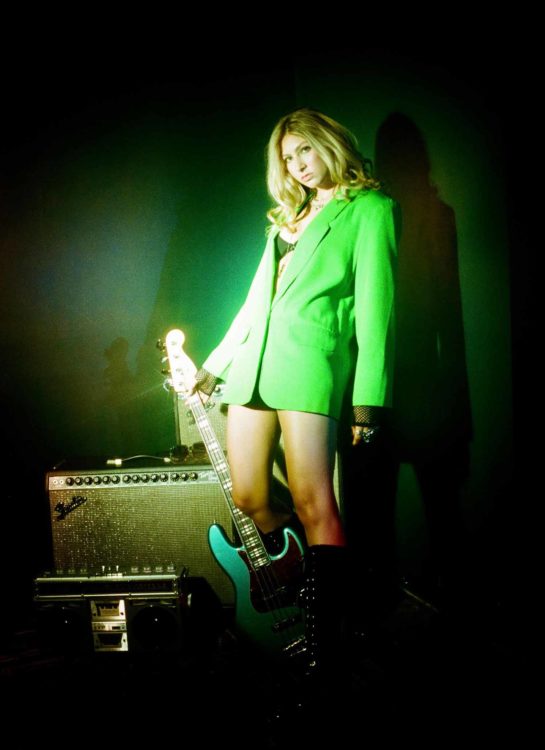 Taking the reins from YouTube, TikTok has, in a way, become the unofficial launchpad for talented hopefuls to build a fanbase and get discovered. But when Blu first started posting, she didn’t have a game plan in mind. “I was kind of just sharing stuff, but it’s funny because a few months before I even posted my first video when I was finding out about TikTok, I was making jokes to my friends like, ‘I’m gonna become TikTok famous. I’m gonna have a viral TikTok song’. I kept joking about it but I think I was actually manifesting it low-key because it actually ended up happening”.

However, without TikTok, Blu is convinced that her career would have eventually followed the same trajectory. “It would just be on a different path, but much slower”, she says. “I think TikTok just accelerated what I was doing and put me in front of more people. Without it, I think I would have kept writing and doing my thing, and then maybe tour with bands when that came back, but it’s hard to say because I feel like TikTok and the pandemic go hand in hand, so it’s hard to separate. I think I would have ended up – or hope that I would have ended up – in the same place”. 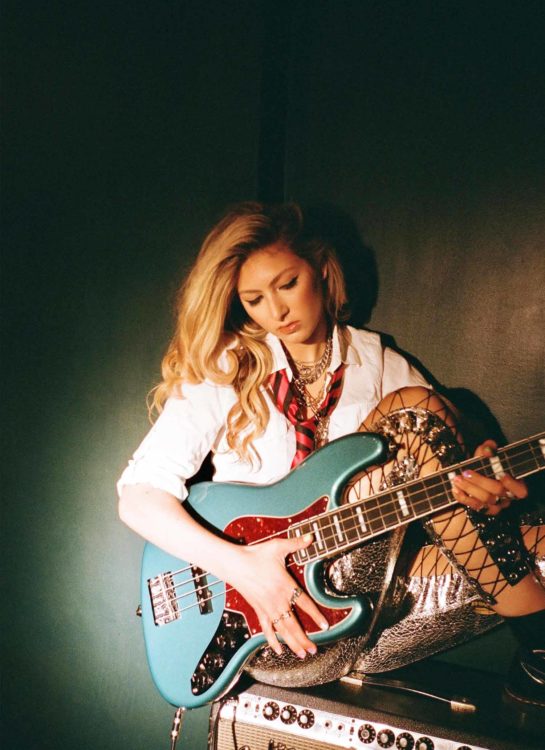 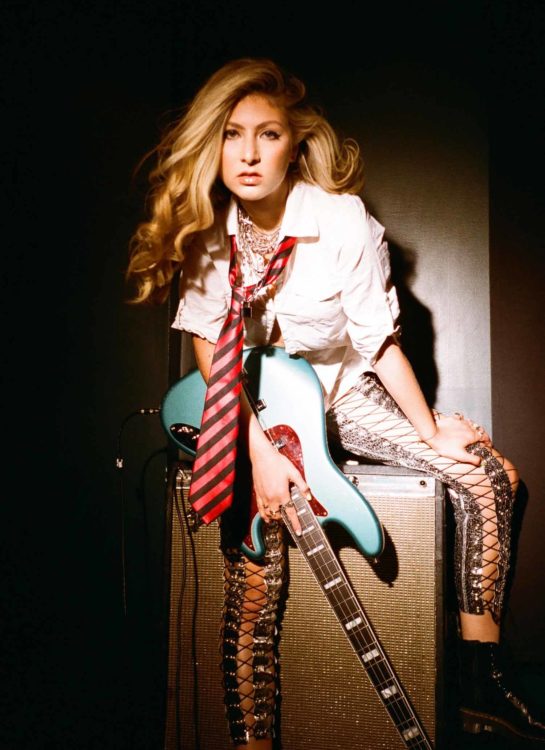 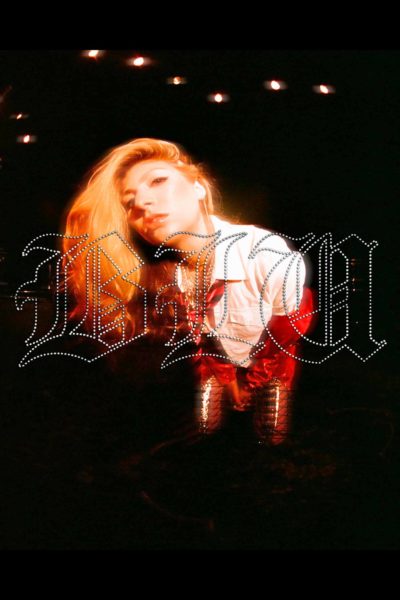 A musical maverick from a young age, Blu picked up bass from the age of seven and then learned to DJ as a teenager. Whilst she was “always singing here and there”, Blu tells me that she didn’t focus on honing her vocals because she simply “wasn’t as into it as bass. I just wasn’t as passionate about it early on”. It was only later on when she felt like she “had something to say” that Blu started to sing. “I think it just took me a little bit longer to find my style and my voice than with an instrument”, she reveals. “Now I’m getting really into it and really passionate about it. It’s really fun to figure out my voice and how I want to sing on stuff”. 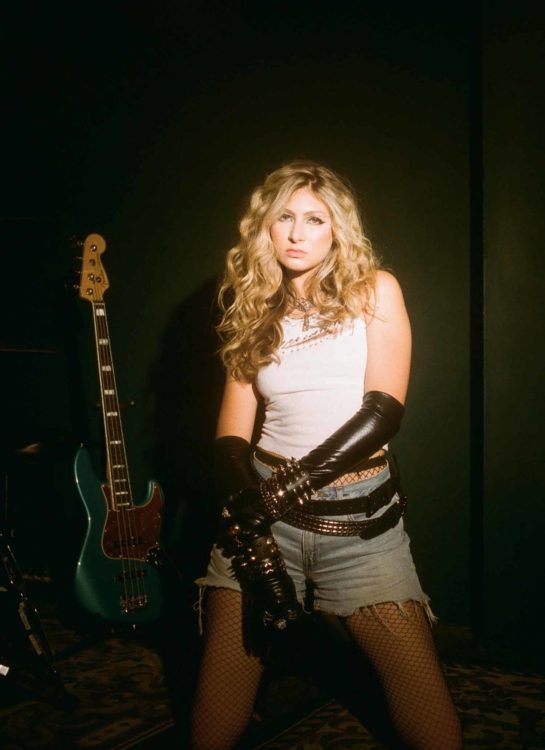 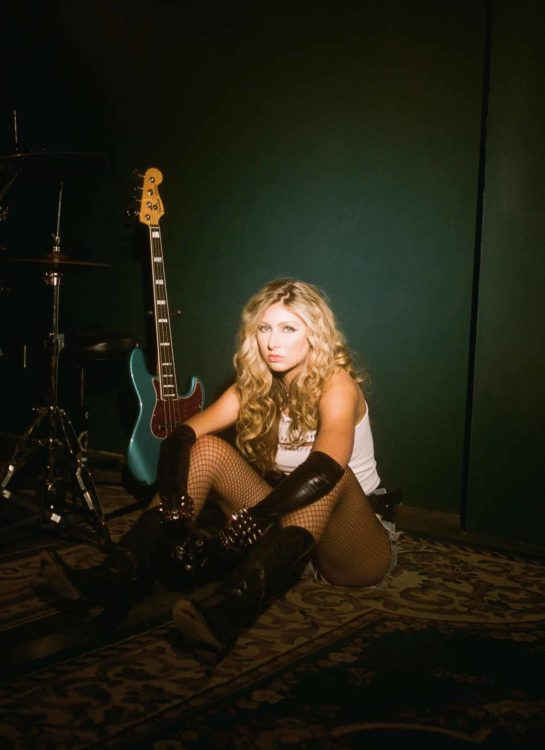 It might have been a long journey, but it’s definitely been worth the wait. On Blu’s debut EP, 2021’s ‘How Did We Get Here?’, the rising star flexes her musical muscles without ever showing off. Bass-led (of course), it’s a funk-a-licious slice of indie-pop that you can come back to time and time again. Overall, the record proves that her skills expand further than snappy covers on TikTok. With lyrics inspired by her personal life experiences and the people in her native New York, Blu’s songwriting stands up on its own and shows that she’s a real talent to watch.

The EP has subsequently racked up tens of millions of streams, but Blu says she’s still getting her head around it. “That’s the hardest part about not having live shows, you only see numbers. It’s really hard to grasp the level of which it’s actually affecting people when you can’t physically see it. You can only see the digital number. So I think when shows come back, it will click for me when I see people in the crowd singing the words. That’s going to be like a really special moment”. 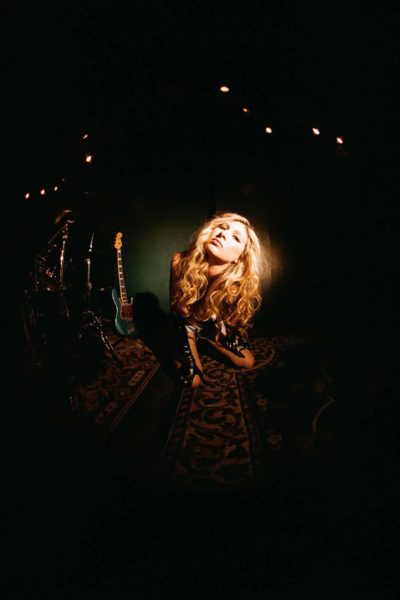 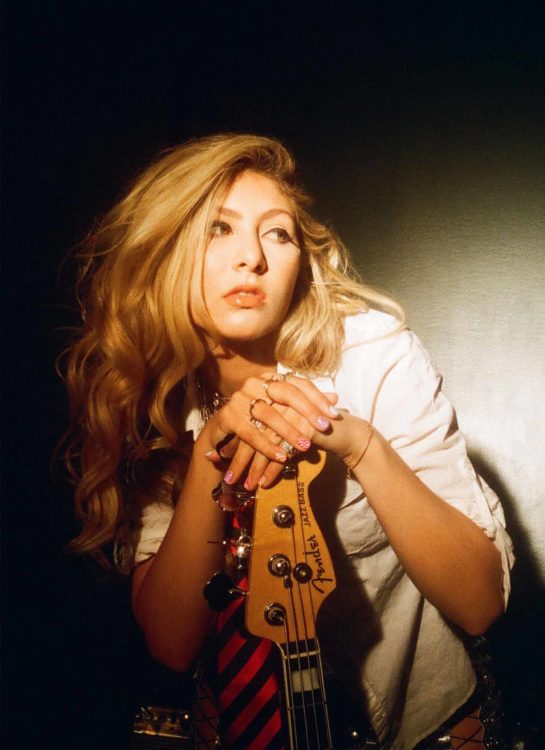 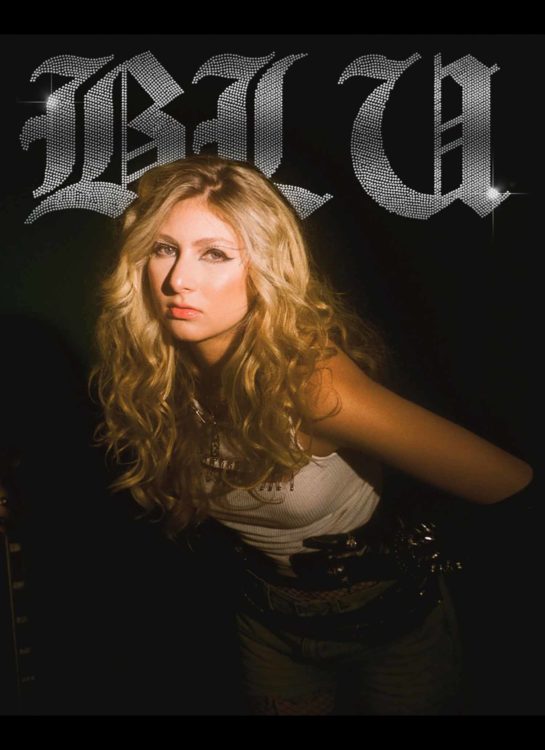 Luckily, Blu won’t have to wait long. With her very own headline tour slated for New York, LA, Austin, and Chicago in September, she’s also set to play a few festivals, including Retrospect in July and Jack Antonoff’s festival, The Shadow of the City. But what can we expect from a Blu DeTiger show? “So much energy. A lot of bass – obviously”, she laughs. “A lot of hair whipping and running around on stage”.

Describing music as her “whole life”, before she released her own music, Blu DeTiger went on quite a journey through the genres. “Everyone – all my friends – knew that music was my thing”, she recalls. Whetting her palette with rock music; AC/DC, Rolling Stones, The Beatles, Blu then fell in love with jazz, leaning into house and techno when she took up DJing, before connecting with disco and funk. “For every kid, that’s just such a self-discovery moment – how you identify yourself”, she explains of her musical forays. The cherry on top, however, was that Blu “could actually learn these songs and play them. You almost feel more connected to music when you do that”, she says. 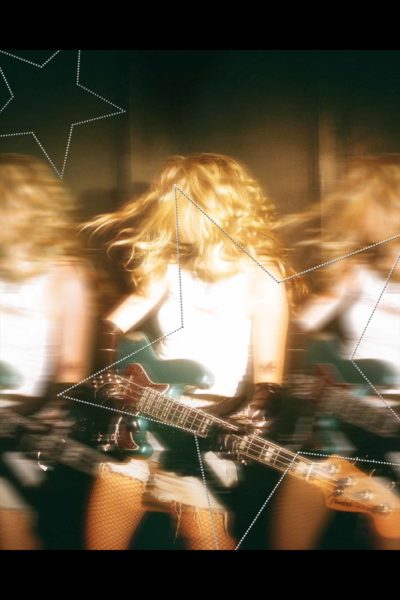 In terms of new music, Blu teases that she’ll be releasing some new songs before the end of the year. Is she feeling the pressure after the success of her EP? “I’m always gonna feel pressure. That’s just how artists are. But I’m trying to not really think about it too much and just do my thing”, she tells me.

In terms of big career goals and amongst her early success, Blu is trying to stay grounded. “Once you get to one point, you always want the next thing, but I like to remember that I’ve already achieved so many of the things that I wanted a few years ago”.

“I want to play Coachella and all the big festivals. I want to play like Madison Square Garden in New York, all those big spots. I also just want to be happy with what I’m doing and be proud of all the work that I create. I think that’s the biggest thing”.

Stream 'How Did We Get Here?' below: