Local talent and international legends are set to play The Blues Kitchen's Concert Hall in Manchester this season.

In February, the cream of Manchester’s soul and jazz talent – Mali Hayes, Pops of Lovescene and Bee Rosebud – will team up to present a tribute to celebrate the 25th anniversary of Erykah Badu’s timeless ‘Baduizm’.

Slum Village return to the Blues Kitchen stage for their second show following a sold out stellar show in 2021. Legendary neo-soul artist, Roy Ayers, is one not to be missed, in addition to new wave Nigerian neo-soul singer-songwriter Wayne Snow, who will be making his debut in the city. Plus, radical pop collective NiNE8 and Hacienda’s original resident, Greg Wilson, will be playing too.

See the full seasonal programme here on Dice. More acts and dates to be revealed over the coming weeks. 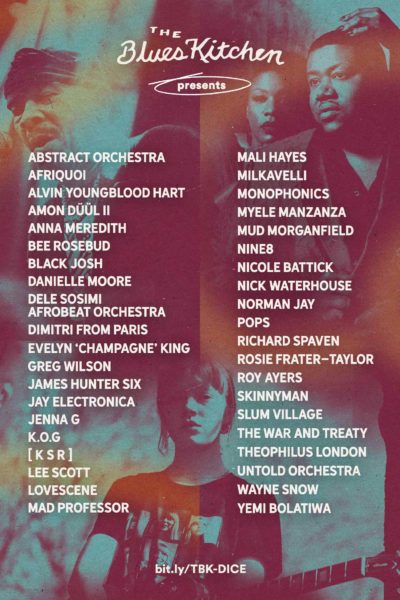