In between having a fully-fledged career as a full-time daydreamer and an excellent emcee, Luton’s newcomer BXKS, formerly known as Beks, made a bold entrance back in 2018 having featured on Mixtape Madness’s ‘Next Up?’ freestyle segment. Following an encouraging reception from the likes of Skepta who praised her online, BXKS decided to take a step back from music after being labelled a ‘Drill rapper’ and has since been working on refining her sound.

From freestyling in her friend’s car to a slew of various instrumentals, BXKS eventually persuaded herself to go to the studio and explore her undeniable talent. Reputable for her impeccable pen game, bouncing flows, and all-around charisma, the emcee is posing as one of the latest exciting and fresh acts to emerge from British Rap. Having made her highly anticipated return last year, the female force has been pushing what she likes to refer to as ‘Alternative Grime’, a fusion of both Grime in with a modern-day twist that adds that extra edge to her slick delivery. 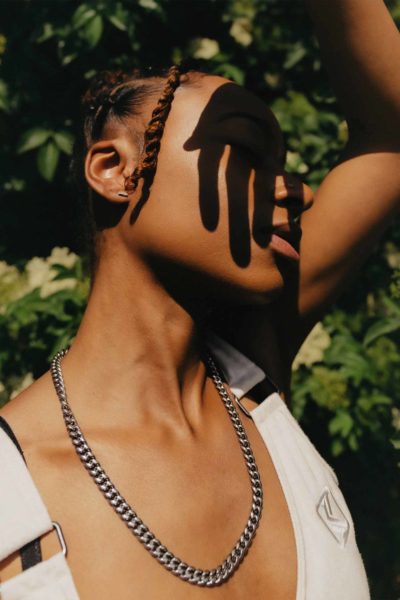 Now, BXKS has released her highly anticipated 8-track debut mixtape named ‘Full Time Daydreamer’ with a guest appearance from Kish. Posing as an introductory sample to her sound going forward, she navigates us through an assortment of upbeat tracks that fit perfectly for summer as we begin to step out of lockdown, fingers crossed.

As we celebrate the release of BXKS’s highly awaited ‘Full Time Daydreamer’ mixtape, Notion got the chance to catch up with the rising force to talk all about the project, her journey thus far and more. Make sure you tap in below to see what BXKS had to say!

Now we’re stepping out of lockdown, how did you find the past year as an artist?

It hasn’t bought many challenges, but it’s helped me realise that anything can happen. I’ve not done this journey without Corona before, so this is normal, if anything, it’s just slowed down the process. It could have been a lot worse!

How have you been finding it creatively?

It hasn’t taken a toll on me at all! I’m used to being at home and going to the studio, it hasn’t affected anything!

For the people who aren’t aware of your journey so far, could you walk us through your introduction to music and how things started lifting off for you?

I started in 2016, I did a ‘[email protected]’ but prior to that I used to do freestyles to instrumentals with my bredrin’s in the car when we were high as f*ck! One of them told me to go to the studio and I was shy at first, but then I thought f*ck it, I didn’t have anything else to do. I started going to the studio and then I did the ‘Next Up?’ freestyle after the ‘[email protected]’ because someone from Mixtape Madness just happened to be there and took my details on the day. It all happened from there!

I know you said previously that you took a break away from music after your ‘Next Up?’ when people started labelling you as a Drill rapper. In that time away, what were you doing in order to further refine your sound?

Truthfully, I wasn’t doing any music at all! I was watching a lot of music documentaries and other people, but I wasn’t making anything; I was writing but I was listening to a lot of different “type” beats on YouTube. Drill wasn’t what I wanted to do, I was still spitting a Grime flow but if you don’t know the difference between the two and you hear them spitting on a drill beat, you automatically think that they are doing drill! I’ve always been doing grime. I was more focused on myself; I even went to the gym – I don’t do that anymore [laughs]. 2019 was a self-reflective year. 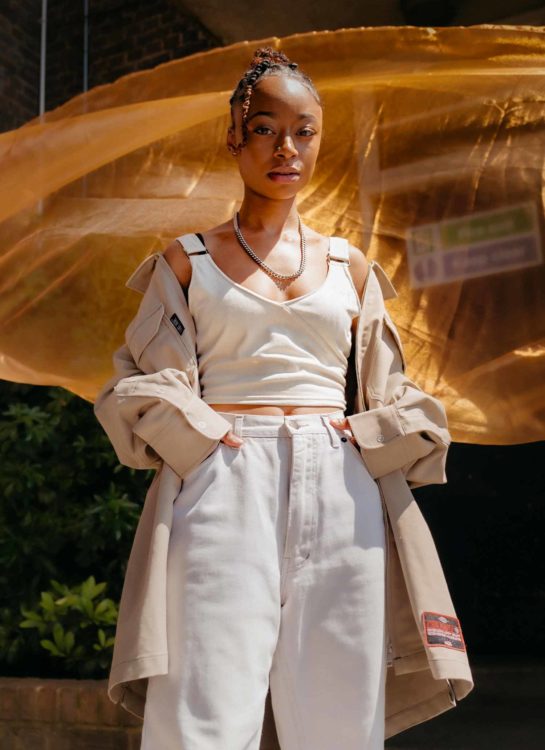 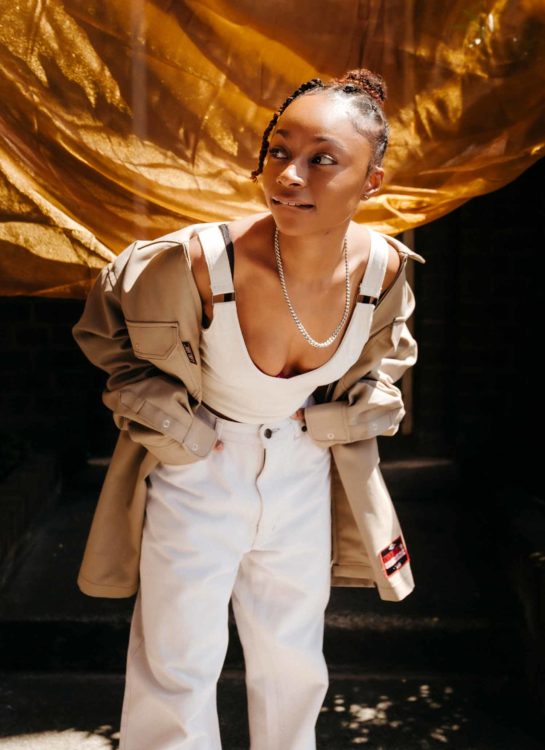 Are there any artists in particular that inspire you or have helped to shape your sound in anyway?

Yes, Skepta! Jay-Z here and there, but it was mainly Skepta. I went to high school around 2007-2013, around that time it was Channel U, he was someone I was hearing a lot. He is a big, big inspiration!

You’re dropping your debut mixtape ‘Full Time Daydreamer’ very soon! Talk to me a bit more about the title behind this project and why you chose it?

The title of the project is called ‘Full Time Daydreamer’ because I am not here most of the time [laughs]! I’m here, but I’m not really here – especially at work [laughs] – I did some research on it and it has a proper name for it. It’s just me trying to escape reality all the time, I don’t want to be at work, so I just daydream for a long time!

Would you class yourself as introverted or extroverted?

It depends! People that know me would say that I have quite a big personality but when I am around people that I don’t know, I don’t speak, I think it’s social anxiety but once I’m comfortable, I’m like an extroverted introvert – if that’s even a thing!

What’s your main aim with this mixtape? Were there any messages you wanted to push or is this to you an introduction to your sound?

This one is definitely just an introduction to me, the fun side of me. I have one song on there that’s not as fun and silly, but I wanted the project to be an introduction to my personality with that one exceptional song that lets people understand that I can make fun and serious songs with actual concepts.

How long did it take to put together?

It didn’t take that long! I had “Packed In” for around a year and I started working on “Work Like” a couple of months after. All together it probably took around 4 months but separately it took around a year which is ridiculous! 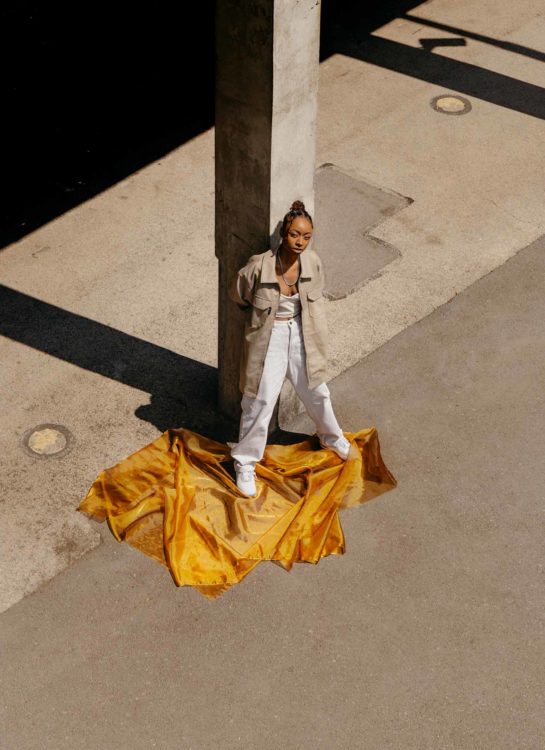 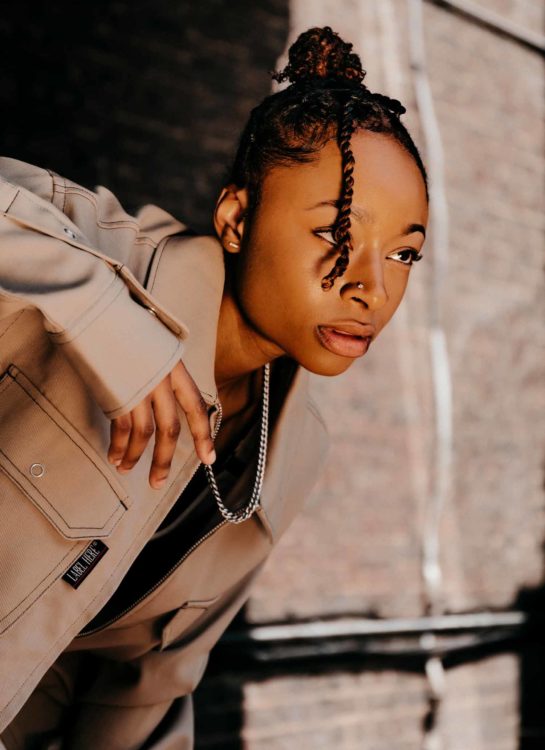 If someone was to ask what your sound is, how would you go about describing it to them?

I would say it’s Alternative Grime because I am still spitting on 140bpm but if you’re someone who is deeply invested in grime you will say “This isn’t grime! She’s not spitting on grime beats!” but, it’s a grime tempo mixed in with alternative music.

Which tracks from the tape do you resonate more with? Do you have any favourites?

What are your current thoughts on the UK scene as it stands?

I think the scene is in a very healthy place but there are different scenes within it! There is the underground / alternative scene and then there are other artists who have gone from GRM to becoming popular stars, they are doing great but the side that I am sitting on, we are still struggling to be seen. With people like Little Simz and Knucks, it’s a struggle for people that make conscious music to get recognised, but it is what it is! Other than that, it seems to be doing really well.

I am actually really boring! I don’t really like to leave my house. For fun? I probably like to see my friends once a month! *laughs* Lockdown has made it worse, before lockdown I was slowly coming out of my shell and going to places and then lockdown came, and I don’t really do much now!

What else can we expect to see from you this coming year?

A lot more features and hopefully a second tape! That’s the plan!

Watch the music video for "Must Feel" below: