BZ is a rapper having a strong 2022. His latest track “2 G’s” was featured in the latest season of Top Boy, since racking up almost 400,000 streams. With a few years since the artist’s first official single, armed with creativity and a drive to grind, he’s been going from strength to strength ever since.

Croydon born-and-bred, BZ is proud of a South London upbringing alongside his Ghanaian heritage. Growing up in the Church listening to the likes of Fred Hammond and Kirk Franklin, it was the discovery of icons like J Cole and Kendrick Lamar that influenced BZ’s fusion style. Also telling me about the importance of his African inspirations, BZ is an artist rooting himself in a rich history, whose Afro-influenced production underscores impactful flows that capture the spirit of an inner-city upbringing.

Speaking to BZ over Zoom about “2 G’s”, I’m half-expecting to be greeted by the hardman persona from the track’s new visuals. Telling me this character is really an exaggeration of aspects of his personality, our conversation is open and jovial, whilst taking a deep dive into exploring his journey so far with earnest reflection. Find out why he feels riding his own wave is the key to career longevity, people are scared when he gets on the aux, and he has deep-rooted love for Kendrick Lamar. 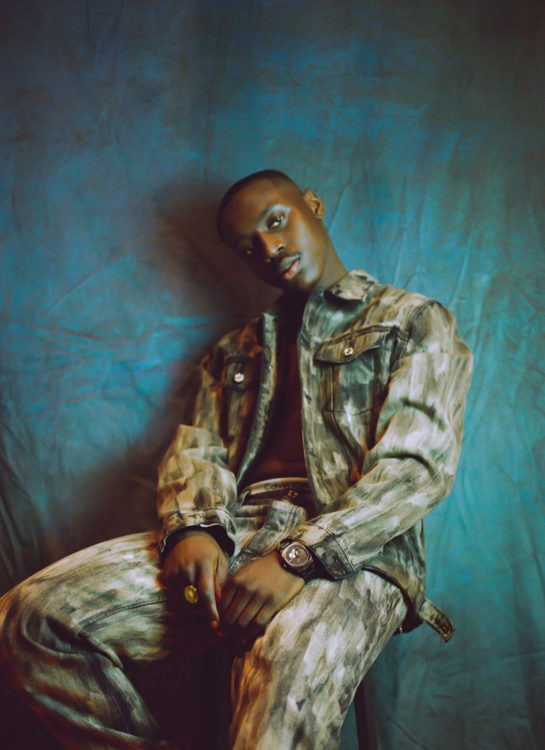 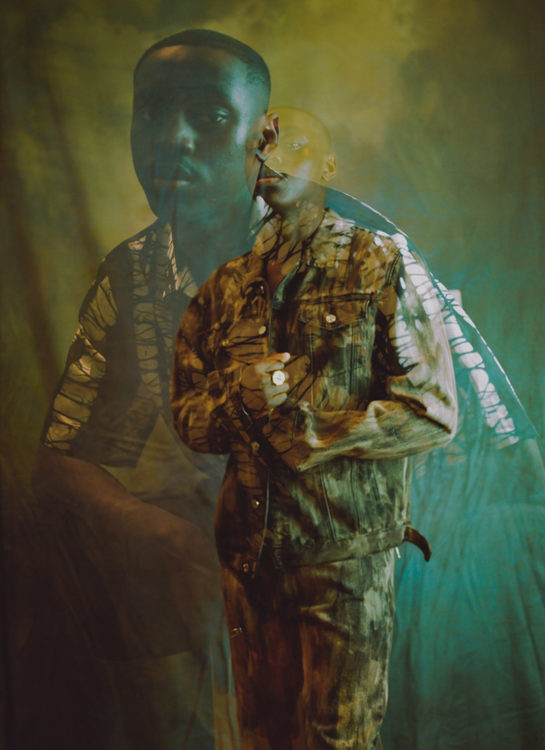 I actually just shouted my one of my friends who runs a studio. I’ve gone down and was seeing all these big names, was just going through the different rooms and was a bit starstruck. Long story short, I take one of my tunes to the producer and kind of hijacked the session. We made like two tunes in 30 minutes. What inspired it was the energy of the beat. It just reminded me a lot about South London and the sounds of South London. Obviously, that kind of fits in well with the Top Boy story, so I guess that’s why they picked it.

[Laughing] I did exactly that, walking in and saying ‘guys, let me play you some of my music’.

Your song being on Top Boy must have been amazing. Have you watched the whole series yet?

Yeah, I finished the whole series. It took me a while. Very, very good series. When I heard my song, I was like, listening to it and thinking, this song actually fits in really well here. The guy who chooses music for the show has done well! I was actually listening to as if it wasn’t my song. A surreal moment.

Would you say that was the high point your music career so far?

I would say it was a very high point, but I wouldn’t say it was the highest point for me. I’d say the highest point for me would be just me discovering and finding my sound. When I dropped my first song, “Under the Sound”, it was fully, 100% this product I’ve created, and it felt like a light bulb. There’s been a lot of moments, I think that’s definitely been my highest so far. 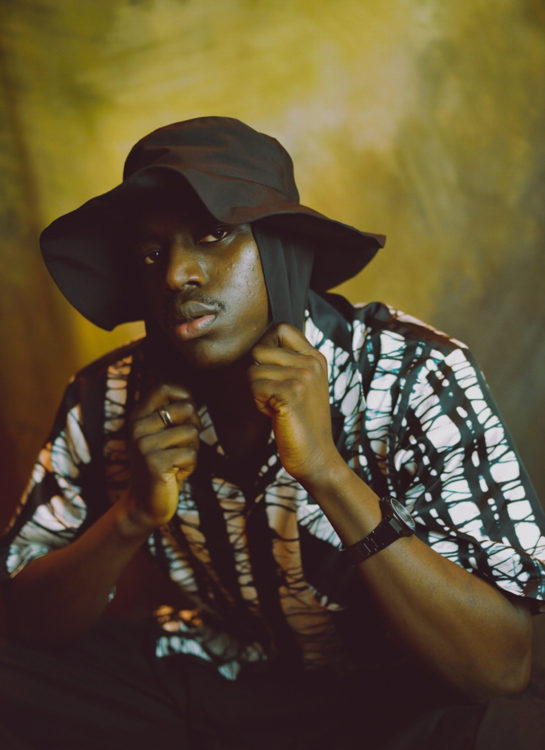 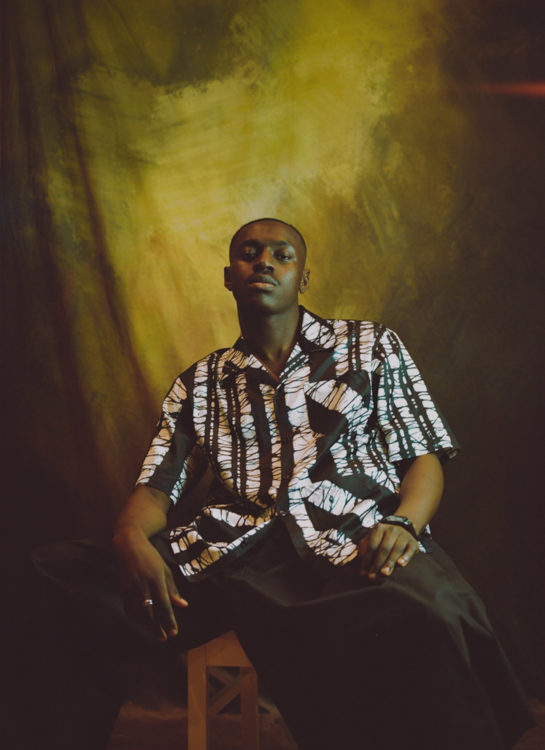 You started out doing spoken word – how did you get into that?

I consider myself pretty lyrical – I’m not necessarily the best communicator within my words – but if it comes to sitting down and writing it down into poetry, I best convey my feelings or my feelings in society through that. So, I started doing poetry and started doing open mics and performances all over. It transferred into music when my friends used to make beats and stuff in the changing rooms of school, and I used to freestyle.

One of the first songs we made was when one of my friends broke his arm and then made a song, [sings] ‘my friend with the broken arm’. If there was a school radio, that was the one that everyone would’ve picked. From then on, one of my friends actually paid for me to go to a studio session.

Who were some of your early musical influences or experiences and have they changed, or do you still carry them with you now?

I carry my early influences still with me now, for different reasons. Kendrick [Lamar], I think is my greatest rapper of all time, and if anyone tells me otherwise, I think we’ll fight because that is my guy, that’s my GOAT. Obviously, he inspires me so much in terms of his delivery on tracks, and the way he can manipulate his voice to convey a certain message – he’s definitely been a big influence.

Then you’ve got the likes of people like Stormzy and J Hus. Stormzy’s from Croydon, where I’m from. We share a lot of like the same characteristics, the same drive, and you’re just seeing somebody who had the drive to actually make it happen. I went to his show at the 02 a couple of weeks ago, and I thought ‘that’s actually going to me one day’. His journey has definitely been an influence. Then there are all the different African artists, I love Rema a lot. There are so many African artists who are so proud to convey their culture through music.

Is conveying your Ghanaian culture important to you?

That’s the most important thing to me, conveying my culture and merging my two cultures. Growing up a black boy in South London, but also not forgetting that I’m originally from Ghana, and actually love my culture and I love Africa. I love travelling to Ghana and learning more about my culture and my roots. I’m trying to convey that in my music, and other artists that do that inspire me.

What do your family think about your music career? Are they supportive?

I grew up in the church, I still go to church and faith is something that’s very important to me and has formed me as a person and helped a lot in my music. So obviously, some of the stuff I say in my songs, my mum’s like “ay, make sure you don’t say that”. But they’re always very supportive. My dad’s like my biggest fan. He’s telling me everyday “You just hit 100k, you just hit that!”. I think it took them a while to get into it, but they’re very supportive and I’m very blessed with the family and the people I grew up with. They’ve been my support network.

Do you have a favourite bar or song that you’ve written? (Obviously apart from your friend with the broken arm…)

I was gonna say that one man! Jokes aside, on a serious note my favourite bar is “You can’t talk no rules with the regulator” from my first official single “Big Oga” and I feel like that says a lot about me. I don’t really give a toss about authority; I want to be the authority. I want to be the one in charge.

If someone didn’t know your music and you wanted to pick one song for them to listen to, what would it be?

Who are some artists on your playlist right now? 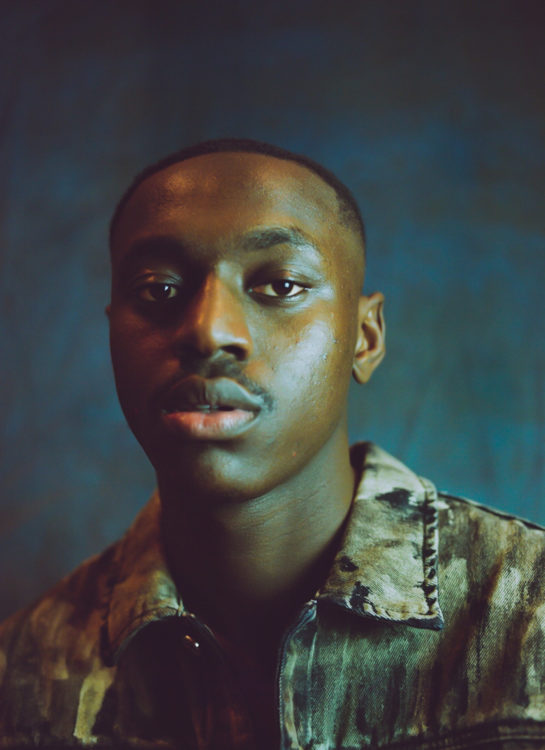 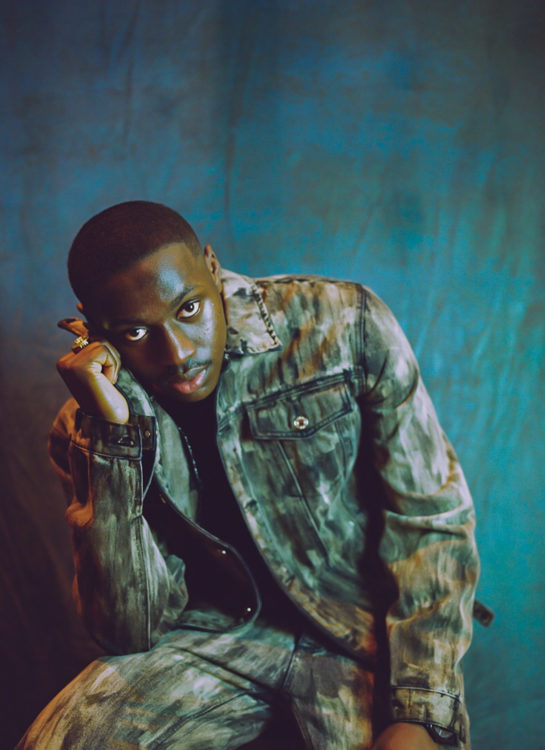 Is there a genre that you listen to or gravitate to?

I listen to a lot of R&B, soul and Afrobeats. I don’t actually really listen to rap, and I feel like I get more inspiration from music that isn’t rap. I feel like rap can be really boring, and what I bring to rap is a bit different and that’s because I listen to different genres. People are always a bit scared when I get on the aux cord!

Thinking about the visual side, is making videos important to you? Do you enjoy it?

I love it. When I make videos, I feel like I’m allowed to act and play a role or character. I feel like I become a character for that specific song, and I love it. I love conveying different feelings through my songs and music. My visuals allow me to step into another place and intensify that feeling.

For “2 G’s”, the character is an energetic, vibrant kind of guy who’s just hungry and wants money, just wants everything. I don’t love money to the extent 2 G’s makes out, but it’s an element of me that’s intensified and made into a larger concept.

Obviously, you’re still young, but for younger people that want to get into music, what do you feel like you would tell them or what have you learned recently?

I don’t feel like I’ve quite got there yet, but I will probably be in that position where I want to be an example. People DM me all the time saying they want to get into music and asking what they should do. I think you just have to find yourself. Once you’ve found yourself and what you represent, and you speak to that, not following trends but really believing in what you do and sticking to it. People will warm to it.

With a lot of up-and-coming new artists, everyone’s trying to jump on the wave instead of creating their own wave. When you create your own wave, you have longevity. For me, that’s one reason why I’m confident in myself. I had nothing, and now I can say that my track has been in Top Boy, was track of the week on the BBC, because I’m sticking to what I do. 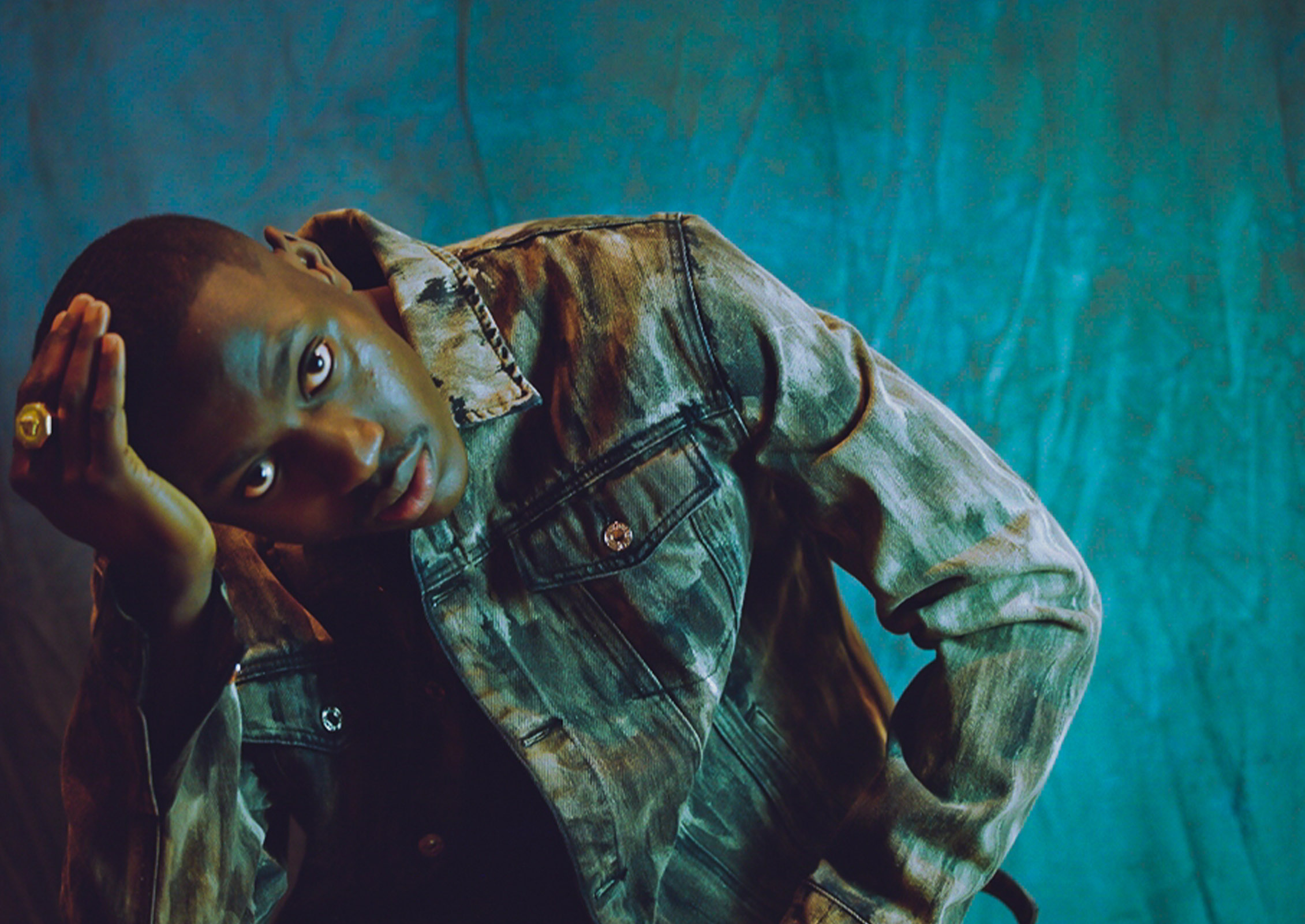 I have a lot of things on my bucket list. I think a lot of people have asked me, where do you see yourself at the end of your career? I’d say there’s no limit. I think you need to enjoy your awards, but you have to always be thinking – what’s next? I’m going to keep going until I retire.

What about this year? Is there anything specific to look forward to?

I really, really want to drop an EP or a project, but I think for me personally, my main focus is just to continue dropping singles until I’m at a point where people will take a body of work. I’m just enjoying dropping singles and just letting people hear more of my catalogue, because I do have a lot of songs that I’m excited to drop.