C Montana Is Never Giving Up

London based rapper, C Montana, chats with Notion about the creation of his brand new mixtape, ‘Never Give Up’, which is set to propel the star to the next level.

Labelled as the ‘voice of the streets’, C Montana is quickly climbing the ranks and cementing his status as one of the greats. After a tumultuous year, the rapper is back with his new eight-track mixtape, ‘Never Give Up‘, chronicling his experiences and adversities with his signature powerful delivery.

The mixtape takes the listener on a journey, shedding light on the ins and outs of the rapper’s lifestyle. From the opener “DXB” which is an instant vibe, showcasing a drill beat laced with a touch of grime, to “Rice and Peas” which is destined to become a club classic with its addictive hook, each song is a hit. With the visuals for his already-respected track “Boss is Back” nearing 1 million views – and with a slew of support in the comment section below – the energetic track displays C Montana at his lyrical best; he is truly a force to be reckoned with and is back with a vengeance.

Careering full steam ahead and giving his listeners exactly what they’ve been waiting for, his mixtape taps into those feelings of isolation that are universal to us all. Notion catches up with the rapper about his creative process, his favourite track off the new mixtape and goals for the future. 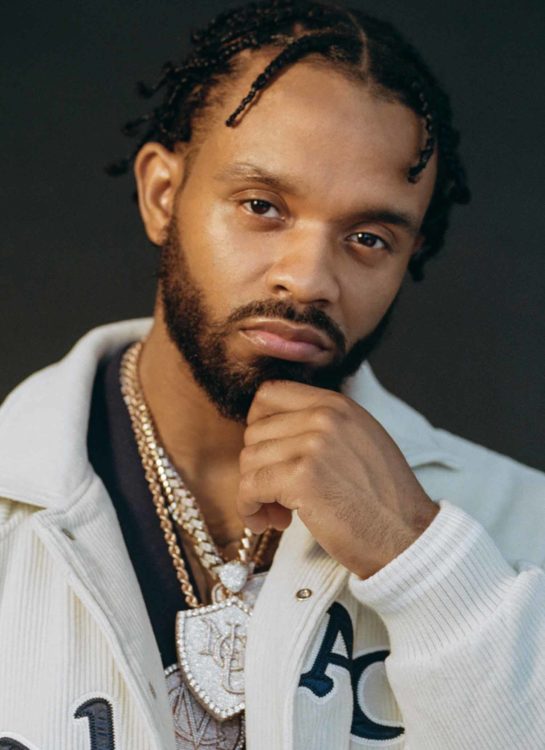 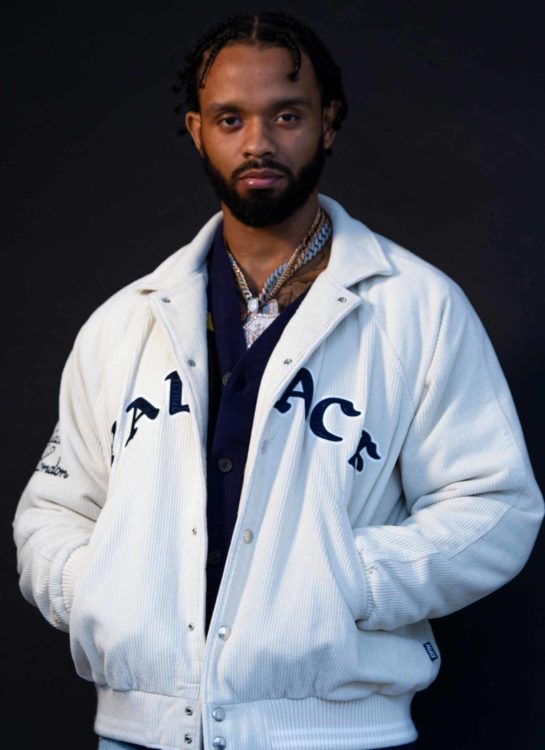 Congratulations on your new mixtape ‘Never Give Up’. Can you tell us more about its creation and how long it has been in the works?

Yeah sure, ‘Never Give Up’ is something that myself and my team live by on a daily. These past few years I’ve been facing some challenges on my journey – I’ve had to stay relentless and keep focused on the goals ahead. I needed to vent those frustrations and talk about that journey, the best way for me to do that was through music and I think the outcome is perfect.

Your year has been very eventful. How have your experiences shaped your approach to music and your creative process?

Myself and the team around me are creators. We have to draw a picture of people’s life through my music, my fans love to hear about storytelling or others experiences, whether it be the pain and hardship or the glory & upside to life, I give them hope and inspiration, which is the most important thing to me.

Likewise, has the pandemic impacted your creative process at all?

COVID actually made me go harder, especially where we was indoors a lot, it allowed me to work closely with my NGU team, what I love doing, which is making music.
We started creating the mixtape prior to lockdown. Before lockdown we had made 5 songs but as soon as lockdown hit, we upped the levels and had 30 songs come Easter, then we filtered through them all and allocated the right songs to separate projects.
In terms of COVID impacting things though, as a collective we believed based on what was happening in the world due to the pandemic, we had to diversify the music we were putting out there to the consumers. 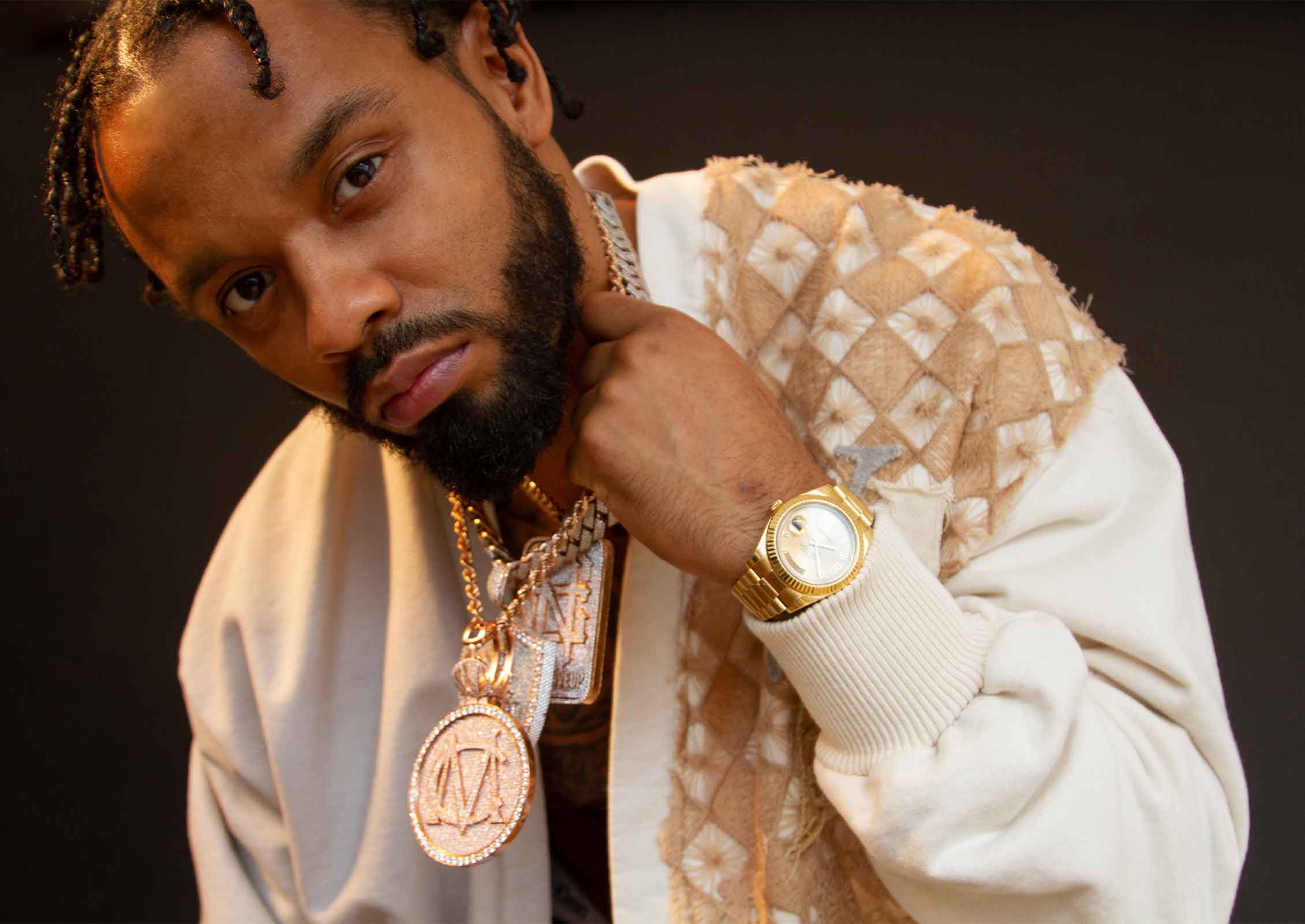 What message do you want to project to your listeners with ‘Never Give Up’? What story are you trying to tell?

The ‘Never Give Up’ mixtape is to let the whole world know, that no matter what you’re going through, rich or poor, NEVER GIVE UP! I’m speaking from 1st hand experience, there’ll be better days, you just got to stay hungry.

Do you think you could name a favourite track from ‘Never Give Up’ and why?

Depending on the mood I’m in my favourite varies, I feel like when I’m looking for some motivation I’ll put on ‘Never Give Up’, cause I feel like that will awaken an internal encouragement, hunger, hustle, and ambitious version of me,
If I’m feeling proud of my accomplishments I’d play DXB, or if I need to gear up for the gym I’ll play Boss is Back, and the team also agreed with me

Your video for “Boss is Back” is approaching 1 million views, what was it like shooting the visuals for the track?

It was my 1st video of the year, I wanted to give them something simple, clean, eye-catching, and electric. The song is energetic and I think the director ETIM smashed it and captured the vibe perfectly. 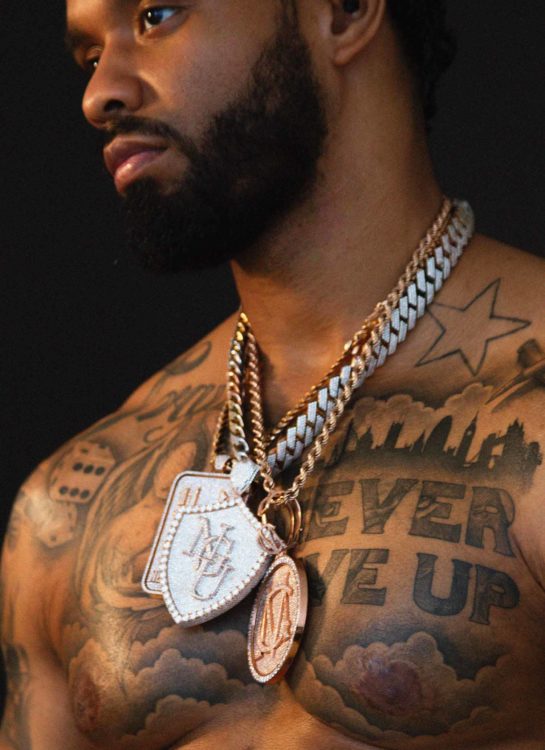 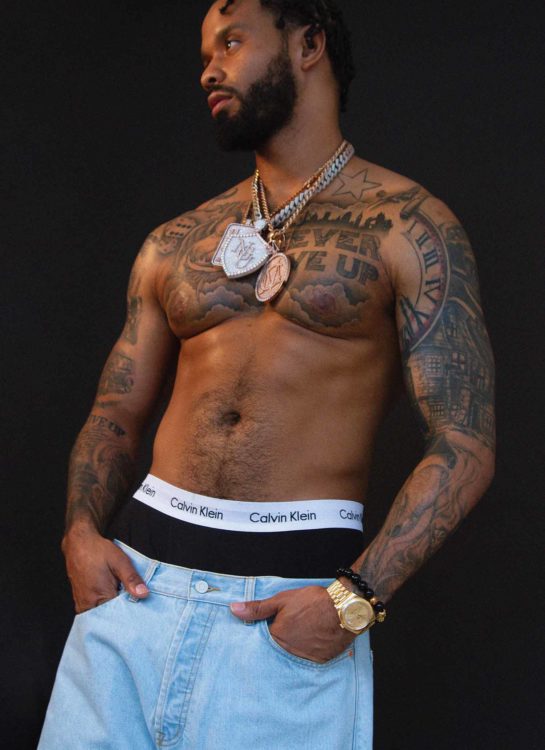 What goals do you have for your future – both musically and personally?

I plan on releasing more music, establishing my core fan base, make my music touch and affect more people in good ways and keep developing as an artist. On a personal level, investing more in crypto! That’s the future!

Who is a dream collaborator for you?

Jay Z, we speak the same language. “It’ll sound like a lot of money” and “he will be educating the less fortunate and the ones who would like to learn about motivation and going out there and chasing their dreams”. 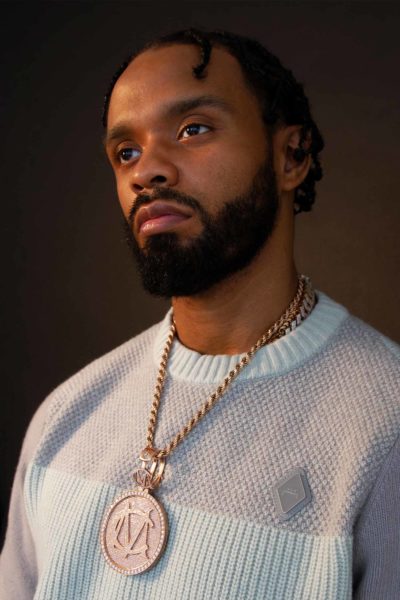 Do you have any live performances coming up? What can we expect from a C Montana show?

At the moment, I don’t, I’m just focusing on studio and getting the music out, but when I get on that stage, I’m giving my fans and whoever came to see me a show they’ll talk about for a long time! Straight raw energy.

Finally, what’s next for C Montana?

More music more videos. This mixtape was just a starter and really taking my music career to another level, so for 2022 I’m looking to take the game by storm and knock down all the doors

Stream 'Never Give Up' below: