When it comes to the campaign video, the visuals scream no expense spared. Recruiting Alasdair McLellan to shoot a film to mark the collaboration, the theme is the label’s home cities of New York and London. Featuring Palace team skaters, more unexpected cameos come from the likes of Willem Dafoe, Dame Joan Collins, The Pet Shop Boys, and Unknown T. It really is worth a watch.

Launching the collection, Palace founder Lev Tanju said: “I feel so lucky to launch our first ever fragrance with Calvin Klein. CK ONE disrupted the Status Quo and to be able to make a new version of it in a Palace way has been a dream. I grew up admiring the iconic Calvin Klein campaigns of the early ’90s for their simplicity and their forward-thinking depiction of fashion that appealed to everyone. It was so visually impactful: the casting, the energy, it really remains unmatched. From the first call with the Calvin team, I knew there was so much we could do. This collaboration has grown organically and I’m proud of everything we’ve created together.”

The Palace x Calvin Klein collection will release on April 8 via Palace’s web store as well as its in-store locations in London, New York and L.A., as well as via the Calvin Klein site. 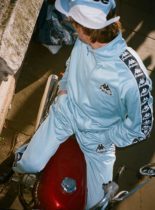 Palace and Kappa mark their first collaboration by releasing a capsule collection full of 90's nostalgia. 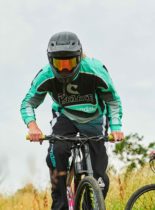 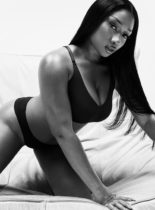