Charlie Collins has already made a splash in her native Australia with her debut “Snowpine”, which saw the artist pick up an AIR Award for Best Independent Country Album. Equipped with streams in the millions, Collins sets her sights on the UK and the rest of the world, introducing her sophomore album ‘Undone’. Working through the kaleidoscope of emotions that come with the end of a relationship, the album covers a lot of ground genre-wise too. Straying further way from her country-focussed sound, Collins experiments with a more indie-folk and alt-pop disposition. ‘Undone’ feels like an authentic expose into Collins’ head and heart. With her soul-baring lyrics and titillating soundscapes, Charlie Collins’ silvery voice carries us into her world.

“Backseat Valentine” (written in just an hour) is the fourth release from the album, following singles “Fuck It”, “Just My Luck” and title track “Undone”. ‘I’ve never written a song like that ever,’ she explains, ‘It’s embracing the real fucking wild side of me, I love to go crazy and do spontaneous things sometimes.’ This feels apt: the video for “Backseat Valentine” sees Collins running riot around London.

Earlier this year, Collins packed her bags and headed to the UK to focus on herself. When Gang of Youths asked her to join them on tour, the moment felt full circle. ‘I extended my trip without any hesitation. I’ve known the boys for over 10 years and my first ever solo show was supporting them so to have the opportunity to do it all again with my dear friends was so special and exciting!’ With plans to move to the UK imminently, we can’t wait to see what Collins does next.

Dive in as Collins lets Notion in on her favourite track off the record, her musical influences and what’s next. 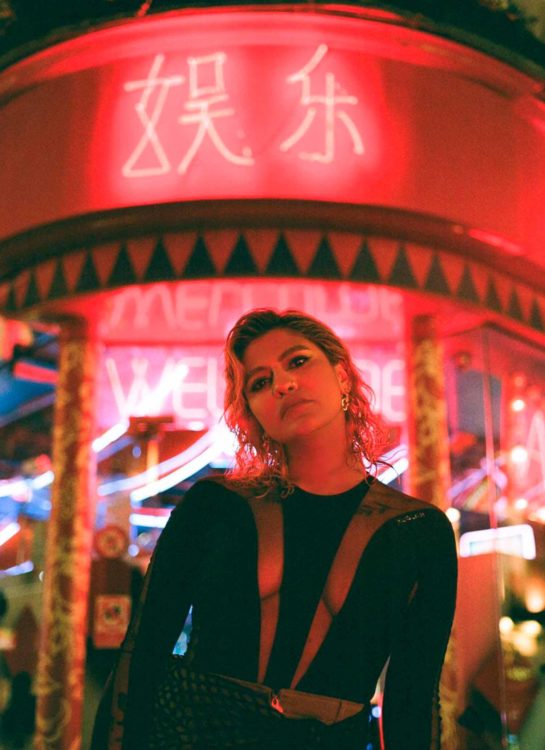 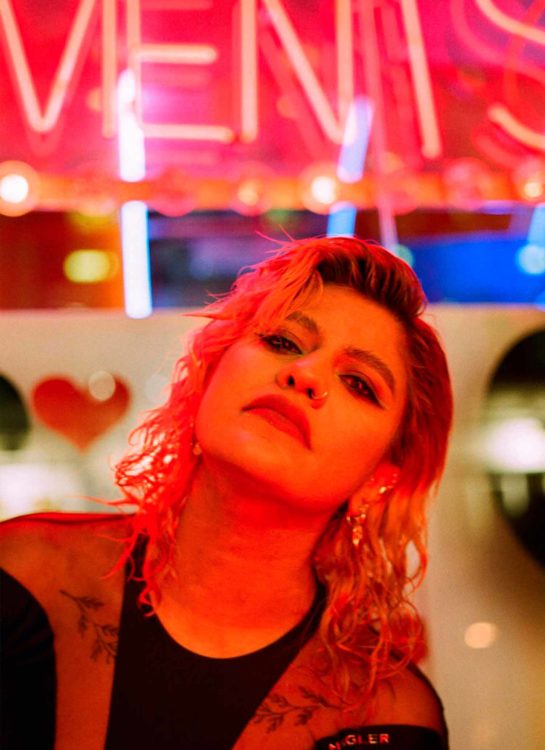 Congratulations on your new album ‘Undone’ – how are you feeling about its release?

I honestly feel like a huge weight has been lifted off my shoulders. I’ve been working on this album for a while now and to release it out into the world is a beautiful/scary feeling, purely because these songs are super honest and raw and I expose a lot of what I’ve been through.

Can you talk us through your creative process of crafting this album? “Backseat Valentine” was written in an hour, did the other songs come to you so easily?

The crafting was easy. I just had a broken heart and verbally vomited out everything I was feeling. Everything just seemed to come out really easy. I guess when you feel strong emotions the only way to deal with them is write about them. It’s a form of therapy for me.

What is the inspiration behind “Backseat Valentine” and how does this translate to the video?

This song is about the wilder side of myself! I never really write about that as it’s always just pure heartache and sadness. The video is pretty much me just running around London being a crazy bitch! Haha

If you had to choose three words to describe your sound, what would they be?

Do you have a favourite track on ‘Undone’? If so, why?

My favourite is “Skyline”. I wrote this song when I was feeling like a puppet on a string and felt like I didn’t have a voice or nobody cared. I also love how this song came out. There’s a real beauty-in-the-sadness kind of feel and every time I listen to it or play it, it just gets me. 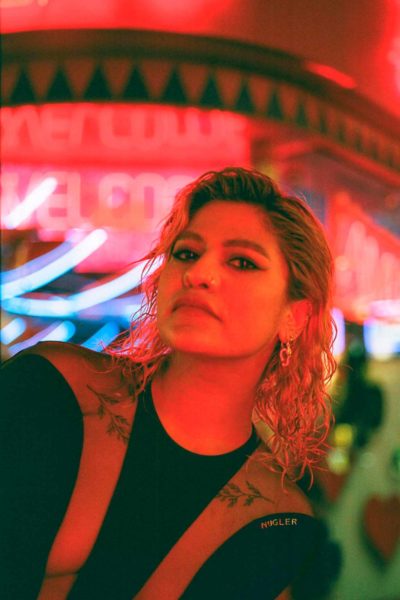 You talk about how heartbreak prompted your move to the UK from Australia – how has it been living in the UK so far? Do you miss home?

I actually was only visiting the UK. The trip was prompted by me not handling everything back home in Australia and I just needed to escape and be on my own. It was only meant to be for a month but I ended up staying for four months because I loved it so much – but I will be making the move over to the UK at the end of the year. Got some festivals etc. back home to play first!

Who were some of your musical influences growing up and do you feel as though they inform your sound today?

My favourite artists are Johnny Cash and Patsy Cline. I love how Johnny tells his truth and stories in such a honest way and it’s something I always carry with me when I’m writing. Patsy almost taught me to sing in a way. I used to listen to her records as a kid and just loved how she sang with such power and emotion.

You recently joined Gang of Youths on their UK tour. What was that experience like?

It was the fucking best! I’ve known those boys those boys for over 10 years now and so it was almost like a beautiful family reunion. It was also a dream to play 02 Brixton! That’s one to tick off my bucket list for sure!

What are some of your goals and aspirations for the year ahead?

To make a third record. I have a feeling this one is going to be a happy one 😉

Tamworth (where I currently am now). It’s a little country town where I grew up and my parents live here on a beautiful, peaceful farm. There ain’t nothing like coming home. 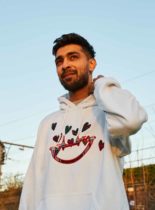 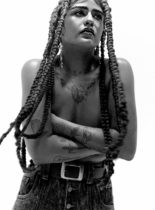