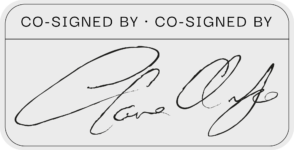 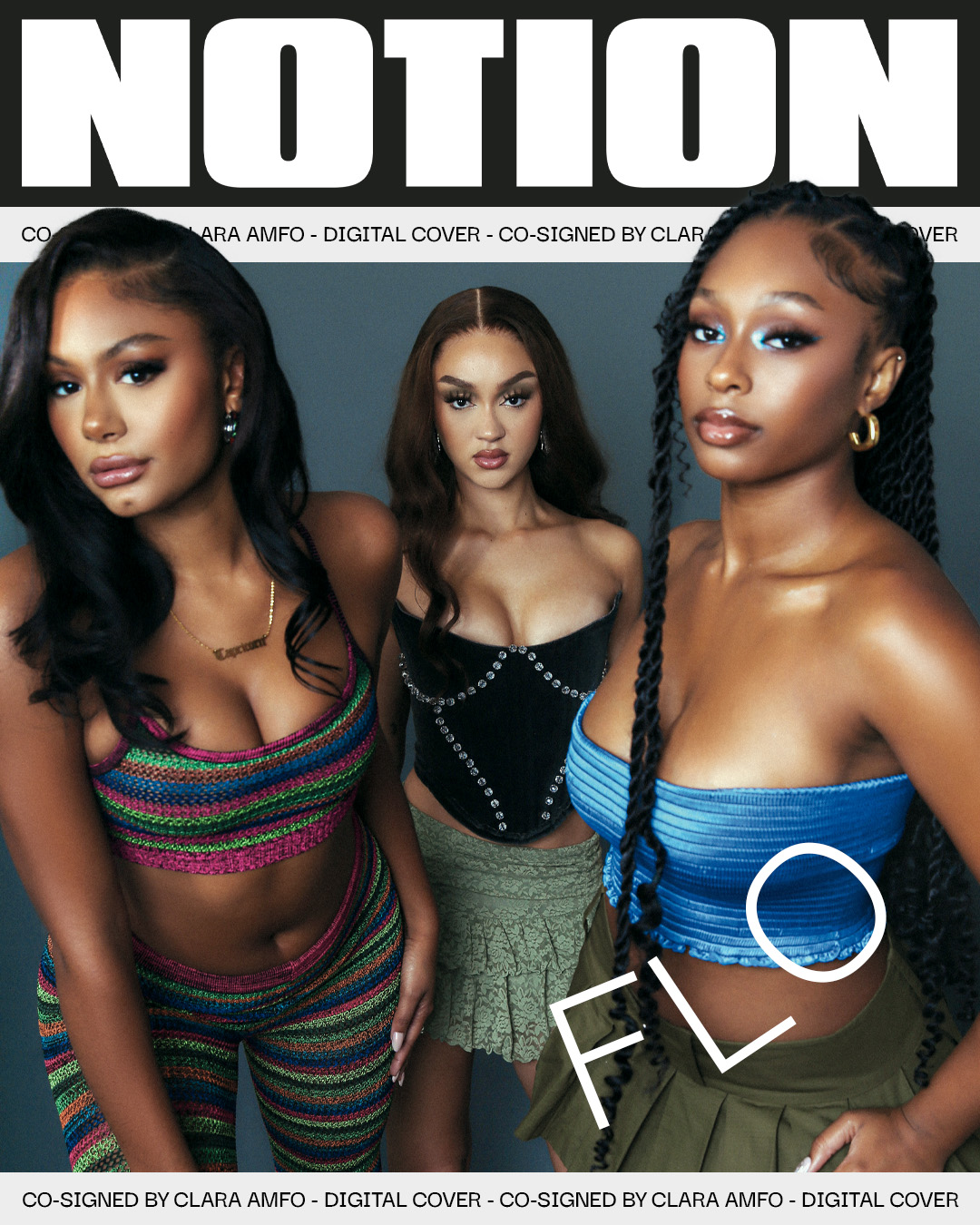 It’s hard to believe that FLO dropped their debut single this year. Having since performed the MNEK-produced track live on Later with Jools Holland and Jimmy Kimmel, as well as the MOBOs and GLAMOUR’s Women of the Year Awards, “Cardboard Box” now sits at over 18 million streams on Spotify alone.

As this year’s winners of the prestigious BRITs Rising Star Award and the first ever group to claim the title — which Clara announced on her BBC Radio 1 Future Sounds show — Jorja Douglas, Stella Quaresma and Renée Downer have earned more than just a buzzy moment. In their words: “We’ve just made history.” 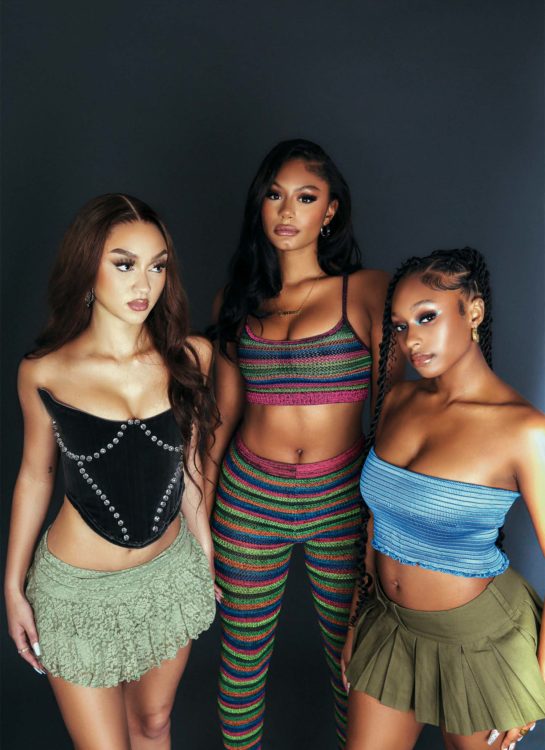 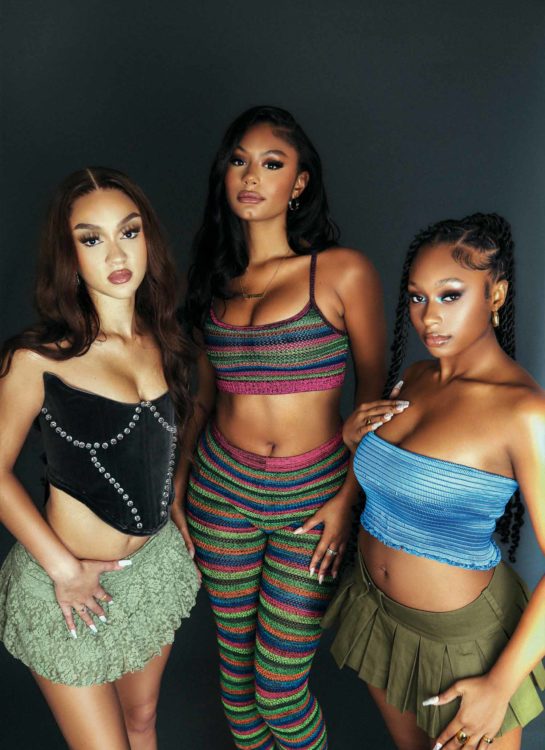 This year we’ve really established ourselves and made some key connections. Next year we intend to introduce everyone to a deeper side to us and explore all of our crazy ideas. We’re incredibly ambitious and we know that this is just the beginning of something great.

The biggest artistic hurdle that we’ve faced within our music so far is definitely coming up with topics when writing songs other than ones like being strong, independent or don’t need a guy. Even though they are great topics for songs, we want to delve deep, explore our minds and talk about real life problems in fresh new ways.

There’s been so many, but winning the BRITs Rising Star Award has definitely got to be the biggest. It was a life goal for all of us to win a BRIT, so to do it this early on in our careers is insane to us.

When you’re at a point in your career when you can do whatever you want. There are no rules, just play.

We love that our fans love 90s/00s R&B and intricate harmonies as much as we do.

Who would you put on our ‘Co-Signed by Clara Amfo’ list if you weren’t on it? 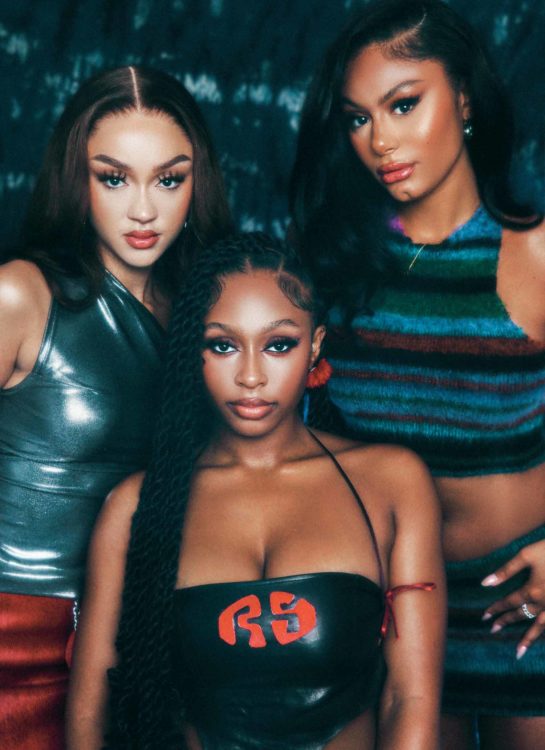 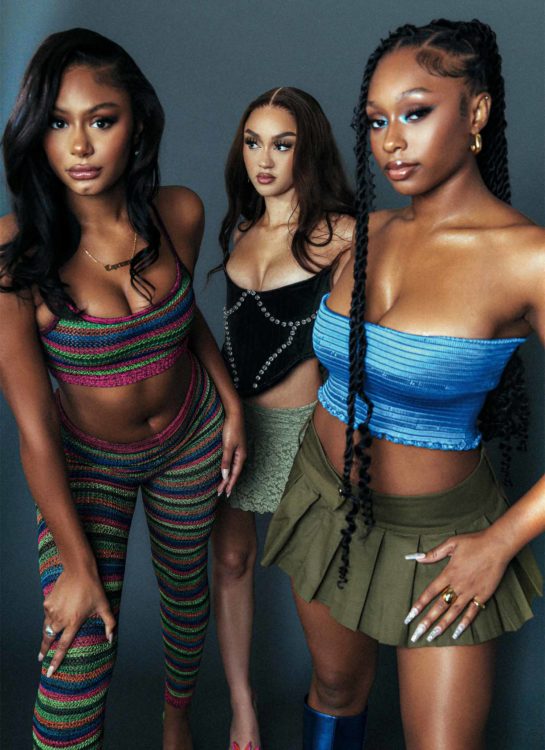 Listen to FLO on the 'Co-Signed by Clara Amfo' playlist below:

Clara Amfo, FLO, Ones To Watch 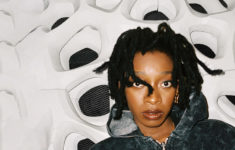 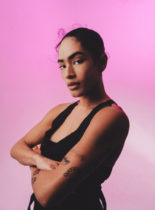 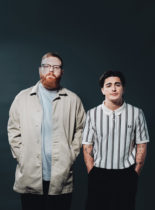