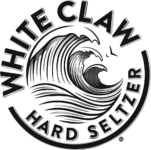 Cybil War oozes an undeniably sparkling energy. Whether the drag queen (he/him) is bossing it on Channel 4’s hit TV show, SAS: Who Dares Wins, running the raucous club night, Cybil’s House, sharing his favourite CrossFit workouts, or serving us incredible makeup looks, Cybil brings his all to everything he does.

Whilst Cybil had accrued a loyal following before his appearance on SAS: Who Dares Wins, the TV show provided the rocket fuel that flew him into the stars. An appearance on ITV’s Good Morning Britain followed – where Cybil towered over Susanna Reid at 7ft tall – and interviews in the press. It wasn’t long before Cybil’s following had grown to almost 16,000, and he’d earned a place in many people’s hearts.

Now, Cybil’s partnered with refreshing hard seltzer, White Claw, to bring a wave of summer early with their new mango flavour. Sparkling water is used as the mixer for a triple distilled alcohol base, delicately enhanced with a hint of natural fruit flavour.

Speaking with Notion, Cybil opens up about challenging perceptions around the drag community, the ‘fever dream’ of reality TV, longing to get back into the gym, his favourite summer moments, and much more. Jump in! 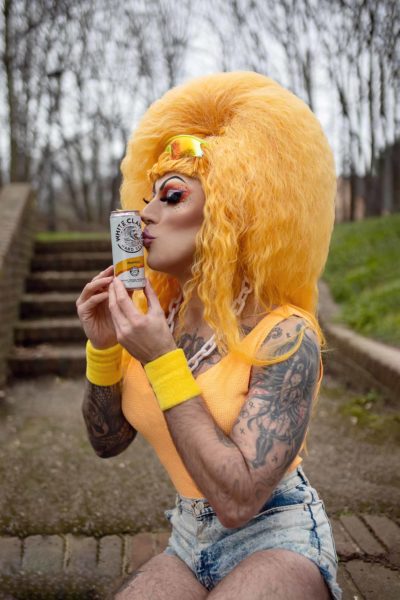 I read that you’d dreamed of competing on Channel 4’s SAS: Who Dares Wins for years, after growing up with an SAS army veteran father. Did the experience live up to your expectations?

The reality of competing on that show blew every expectation I had out of the (freezing cold Hebridean) water. What you see on TV is only a tiny fraction of what they actually put you through and when you’re there you’re so sucked into the experience that when you do eventually leave it’s like waking up from some crazed fever dream. For as awful as some of it was, I got to do some incredible things (abseiling out of a helicopter, jumping out of a moving speedboat) and made some friends for life.

The reality of it being ‘reality tv’ only comes once it starts airing, which is by far the strangest part, and you have to separate the experience you have filming it with what happens after. Would I do it again? In a heartbeat! But then I’ve always been a bit of a glutton for punishment!

Whilst you didn’t set out to smash stereotypes with your appearance on the show, were you hoping that the resulting amplification of Cybil War would open people’s eyes to drag and change perceptions about the drag community?

I hoped that it might wake some people up to the fact that ‘drag’ isn’t any one kind of thing and that the people who do drag aren’t any one specific kind of person. I went on the show for me but if my appearing on it made someone think differently about the drag community and LGBTQ people in general than that’s awesome!

After the show aired I got a message from a young guy who said he had watched the show with his dad and seeing me on it had helped open up a conversation between them about his sexuality. That’s all I could have hoped for really.

You run the successful club night, Cybil’s House, which is brilliantly described as “just like a messy teenage house party but everyone’s queer and you’re legally allowed to drink!” Can you tell us more about how the party came about?

I was lucky enough to start doing drag while living in Brooklyn, NY for work. It was this magical time that had this real underground, DIY energy and approach to queer nightlife and when I moved back to London in late 2015 I couldn’t really find anywhere that had that same sort of energy. Lots of my friends in London had started experimenting with drag while I’d been away and were throwing house parties as an excuse to get dressed up. I thought ‘why don’t we do this, but in an actual club where we can play the music as loud as we want and don’t have to worry about the neighbours?’ And that’s how Cybil’s House was born! 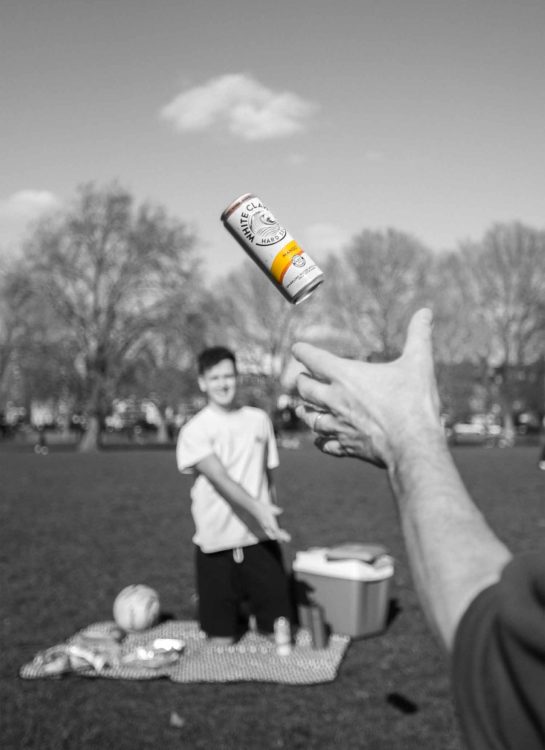 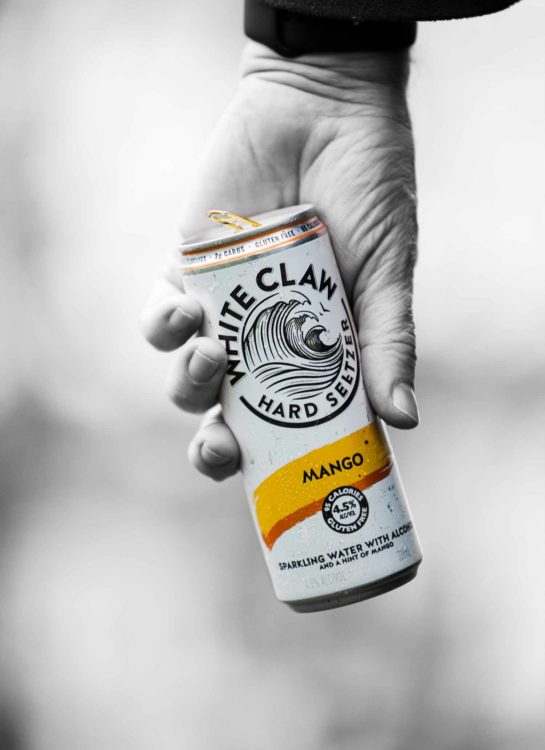 The last posts from Cybil’s House are from 2020 – do you know have any plans for its return?

Oh, I’ll be throwing open the doors to my House again as soon as humanly possible! After three and a half years of monthly parties we took a couple months break and made our big return at the end of February 2020 right before the first lockdown. It was meant to be the first of a series of new, bigger, crazier parties but Miss Rona had other ideas about that! My love for throwing parties comes from creating spaces where people can come together, dance, be free and express themselves without fear of judgement and we have some exciting plans in the works for when we can do that again.

It’s our 5th Birthday in July…. You never know what might happen. *evil smile*

You’ve partnered up with White Claw UK to promote their new mango beverage, which is here to bring a wave of summer early. What never fails to give you that summer feeling?

Watching British people extract every moment of sun worship out of a hot day. There is just something about hot days in the UK that puts everyone in a good mood and knowing that a sunny Saturday in the park is on the cards is just the purest Summer feeling. Descending to the nearest patch of grass with a few drinks, ice and the obligatory hummus and pita that you have zero intention of eating couldn’t be more Summer in my eyes.

What are some of your all-time favourite summer memories, and what are your plans for this summer (pandemic permitting)?

Most of them revolve around music events and festivals, partying on a pirate ship in the middle of the lake at Secret Garden Party, getting lost in the woods at Bestival, reading drag bedtime stories to children at Wilderness – I just love it all!

Pandemic permitting I can’t wait to be surrounded by people again and dancing to all the music we haven’t been able to dance to together over the last year. I’m planning everything I can to create spaces that bring people together safely so we can properly party again! 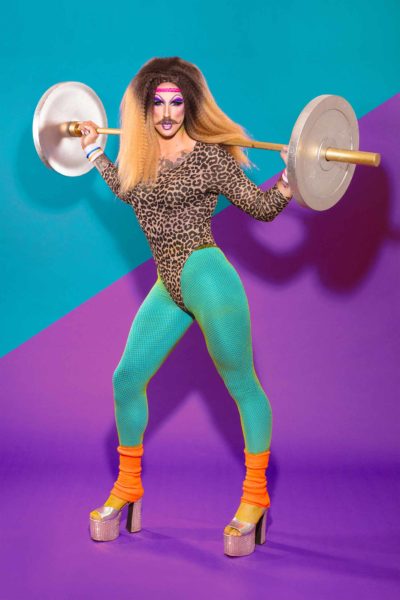 What are you most excited about when ‘normal’ life resumes?

Ergh, it’s going to sound so lame but I cannot wait to be back in my CrossFit gym working out with people again! I can’t begin to describe how much I have loathed “home workouts” – It’s gotten to the point where I’ve actually started to ENJOY RUNNING and I feel like I don’t even know who I am anymore! This interview has really highlighted that a lot of the things I enjoy the most revolve around me getting very sweaty with other people… And I am totally ok with that realisation!

There’s been a lot of rhetoric around whether life should return to ‘normal’ after the pandemic, and what ‘normal life’ even means. What changes will you be implementing in your life, and what changes do you want to see in the world?

Personally, the last year has highlighted how important my queer family and the queer experience is to me. We find safety in nightlife and it’s an industry that was all but wiped out by the pandemic. It still doesn’t have a roadmap to recovery! Whatever the ‘new normal’ ends up being, I’m going to do everything in my power to bring back those spaces so that our community can come together again and reveal in the joys of queerness!

As for the world, I think ‘normal life’ allowed a lot of us to ignore many of the issues that plague our society and the last year has brought many of them into stark relief. We’re having conversations about racism, wealth inequality, gender disparity, climate change and more because of the pandemic and we need those conversations not only to continue but grow.  Our government needs to be held accountable for its handling of the last year and real change needs to be delivered, it feels like something has shifted and I hope it will continue. I’m a sci-fi nerd and every good sci-fi nerd knows that when the world is threatened by something deadly, the world comes together to not only stop it but rebuild in a better way. Maybe I’ve read too much sci-fi but that is what I’m hoping to see.