Dame Dash: How I Made It

Co-founder of Roc-A-Fella Records, Dame Dash, talks about signing Kanye, a musical relationship with Jay-Z and his under-the-radar rock band.

Universally known for co-founding the world-famous Hip-Hop record label Roc-A-Fella back in the 90s, Dame Dash is an esteemed figure with decade-spanning experience across music, fashion, film and art.

Currently working towards his return to the UK after a 14-year break, Dame is gearing up for his, ‘An Evening with Dame Dash Live’ event hosted by award-winning Filmmaker Nicky Slimting Walker and Tricky from ‘For the Culture’ podcast. Held at Indigo at the O2, you can purchase tickets here.

We spoke with the acclaimed artist about signing Kanye, musical disputes with Jay-Z, and his rock band, The Black Guns. 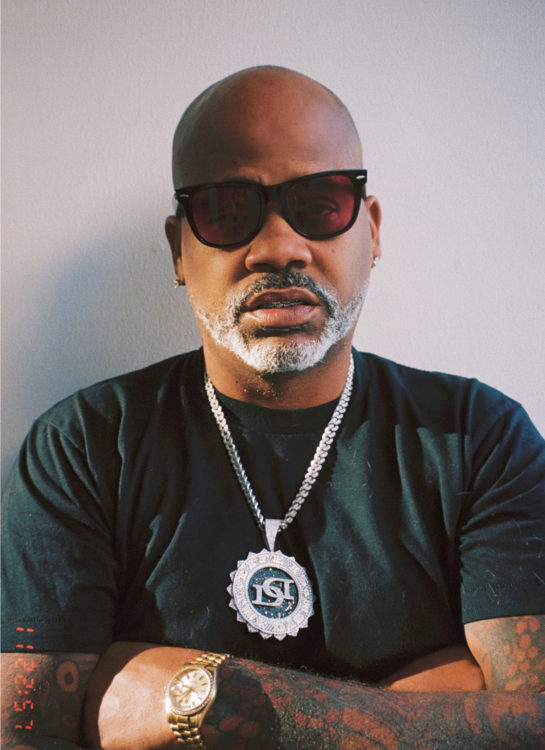 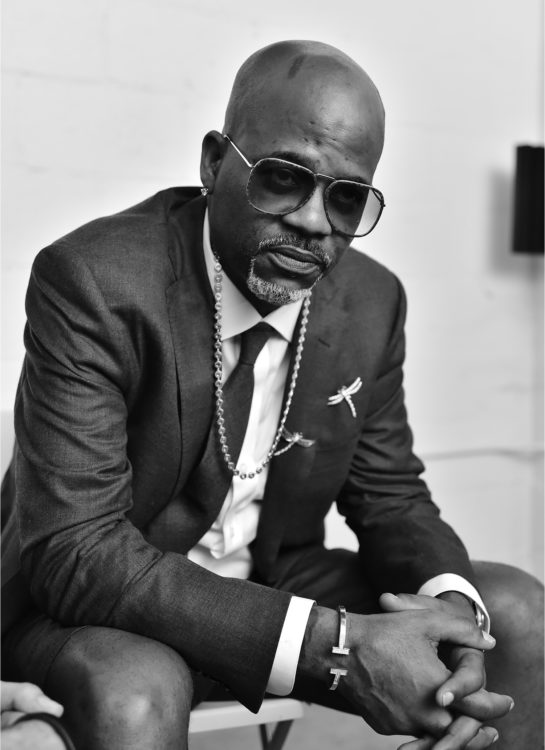 “Unless you take the time to recognise your wins, you’re only going to feel the losses, but the losses aren’t losses if you learn from them”.

You’re known for an array of talents: you’re a record executive, film producer and actor to list a few. Let’s start from the beginning, how did you come about co-founding Roc-A-Fella in ’94?

Well, to be honest, I was trying to find an alternative to selling drugs, because selling drugs was not sustainable. I didn’t see a future in it. So I wanted to find a way to make money, and still be a boss, but I didn’t want it to feel like traditional work where I’m just doing what I’m told and not being creative.

That’s really interesting. Reflecting upon this, how was the hip-hop scene represented back then – do you feel there was a gap or lack of representation for this scene?

All I wanted to do was make money, and at the time I knew I loved music. I knew I had better taste than everybody, and I knew I was cooler than everybody, but I didn’t know that I had a love for art like I do. All I know is that I’m just fair no matter what. But at the time, the industry was almost exploitative, I was just trying to get bread.

In a recent interview, you mention that you want to be known as “a person who fought wars for the ones that he loves” – what do you feel like you’ve fought for in your life?

Everything, I’ve fought for my freedom, my independence, I fight to see my kids, I fight to put out music. The bottom line is, life is nothing but a fight and this vibration is nothing but test after test after test. The real thing is to see how you’re going to react to certain things, and when you’re willing to compromise. We’re currently in a hurricane zone, but I’m going to have fun. We’ve been so productive in this hurricane you know; we’ve been able to do things. There’s a positive to find in every situation, but if you can only see the negative, that’s exactly where you’ll stay – and I will never stay in the negative. As soon as I feel negative, I want to get that out of my brain, so I can spend time creating. I’d rather spend that negative energy fighting for something positive. How are you going to win a war without being strategic about visualising the future? Without thinking there’s going to be a point where you get hit? There is no fight without getting hit, It’s all about being prepared to hit back.

This October sees you return to London for the first time in 14 years as you embark on a live Q&A with Nicky ‘Slimting’ Walker and Tricky – are you looking forward to being back? And the Q&A itself?

Do you know what’s crazy? The last time I went to London my now wife was booking my flights. And this time she’s coming back with me, riding with a baby, right in first class with a whole business and empire. Sometimes I time travel to appreciate things, I might go to the past just to reflect, which means now I can celebrate our evolution. Unless you take the time to recognise your wins, you’re only going to feel the losses, but the losses aren’t losses if you learn from them!

You’ve most recently produced a new film called –  ‘The Prince of Detroit’ via your studios – how did you end up in film production?

Because I wanted to make movies, and I was paid a fool when I worked with the Weinstein’s – it was a terrible experience. After that, I realised I was never going to let no nerds tell me what to do for an experience that I live ever again. Working with them made me see how I had to do this myself as it just wasn’t working for me. I don’t have to hate myself for letting some lame tell me what to do, I know I originally felt that.

In 2019 you launched Dame Dash Studios, as the primary founder and organiser of this platform, I’m intrigued to know, what made you want to create your own personal streaming platform. And where do you see Dame Dash Studios in the future?

Of course, if I’m making movies, I still got to kiss somebody’s ass to get it distributed and I don’t want to deal with that. When you do it yourself, you get the lion’s share of the money. If somebody’s paying you a million, how much do you think they’re making? Usually, 10 times that! If someone pays you, they’re usually making 90% more, unless you have some leverage. You have to be in a position of paying people to know that shit. That’s why you have to be the boss once or twice in your life so you know exactly how much the boss is getting. Even when I am the boss, I make sure everybody gets 50/50, because it’s just not fair otherwise. I’ve always done that. I did that with Jay Z, but it can also become a form of weakness because once you don’t need a middleman or third party no more, you’re eliminated.

Touching back on Roc-A-Fella, I feel that Kanye’s association is one of its biggest legacies, especially with the recent Kanye doc..?

Financially, yes, he’s the biggest thing that ever happened for Roc-A-Fella. People can feel different but you know what they say, numbers don’t lie. By numbers, Kanye is the biggest. He killed us, all of us, he annihilated us. This is called Kanye‘s revenge bro… we did not think he was going to do all that you feel me? We did not think he’d be bigger than any one of us!

How do you reflect on Kanye’s success, considering you essentially pivoted his career by putting him on Roc-A-Fella?

I mean, I gave everybody that opportunity, he just took it and made it happen. He did not have one opportunity that no one else had at Roc-A-Fella. He was not spoiled, matter of fact, he had it a lot rougher. He had a broken jaw; he was in a room full of dudes that looked at him like he wasn’t a gangster. Kanye made it because he had to do everything himself. I still don’t recognise him as a rapper though, I recognise him as a producer because that’s how I knew him. Kanye earnt all his respect, so, I can’t say it was just me. I put him in the position and recognised it, but I put a lot of people in that position, and they didn’t do that.

Growing up in the hood and in private school, can you tell me a bit about how your teenage experience was? Drawn into the music, and film industry so young – how did you find being in that climate?

I used to box at the boy’s club, and they gave me a scholarship to go to boarding school. I went there for summer, but I was so homesick so I ended up going home, where I started hustling. My mom died not long after, and the friends I had around me were starting to go from fighting to killing. So, it was inevitable that I was next. But I knew, my mom did too much for me, to go and flush my life down the toilet by taking lives and going to jail. So, I went back to the boy’s club and said, I need that scholarship. They put me on it, and I stayed there for a year. When I came back in the summer I got caught up, I didn’t go to boarding school anymore so I started to hustle. But I made good friends here, I’ve always gone to private school, which is the reason why I’ve never thought another culture was stronger than me.

What made you realise you wanted to represent rising artists with Roc-A-Fella?

I didn’t want to represent anybody, I wanted to make money off of every single artist. The artists made me realise how much I hated the music industry. I hate the music industry, it’s an industry that doesn’t behove us and that’s why I’m not in it. What you’ve got to remember is, I didn’t want to take that deal with Roc-A-Fella, Jay made us take that deal, I wanted to stay independent.

Across your career, you’ve ventured into film, fashion, galleries and music. Has there been an area in that you’ve felt the most personal success? Or has been your favourite?

I love them all, but I’ve really enjoyed directing recently. I love fashion and enjoy making music, I just hate the business side of it all. I love the creation; monetizing is the part that’s starting to stifle me. I’m going to London to look for new partners, so I can find people I can work with who can handle the distribution and business, whilst allowing me to create.

You stand as one of the biggest pioneers for the Hip-Hop scene in the 90s, do you still listen to old-school tunes? What genre hits your headphones most?

I got this playlist called ‘My Brother’, and it’s all that shit. I never leave a decade or a period of time, I’m stuck in every dimension. I listen to everything; Public Enemy, JUMP, O.C., all the ones that were popular at that time, but didn’t really make it that big. I’m also in a rock band, did you know that? We’re called The Black Guns, we have an album called ‘Therapy’. We have cool visuals and do shows, if you want a good laugh, check it out. I challenge you; I’m going to bring the band out to London next time!

And lastly: what words of wisdom would you give to young Black kids who are looking to venture into working in the music industry?

Why do you want to work in music? My word of advice is; don’t be in the industry because you want to be famous, or you want jewellery because those are the wrong reasons. Think about it, if you want to be in the music industry, do you play an instrument? Do you respect the art of the show? What part of the creative aspect do you really enjoy? Or do you like the concept of just being on a stage and people yelling your name, which essentially just comes down to insecurity? Don’t let rapping make you think it’s going to make you popular, only do it if you love the art of it!

Dame Dash, How I Made It

Yinka Bokinni: How I Made It 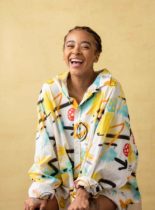 TV and radio presenter Yinka Bokinni talks about her career highs and lows and living her passion every day.

Nael Atweh: How I Made It 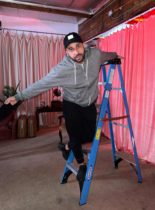 Artist manager and record label co-founder Nael Atweh on his rise in the industry and advice for anyone wanting to follow in his footsteps.