First bursting onto the scene in the early 2000’s, a historically prime time for UK grime and rap music, Dappy was able to create a shift within the scene with a completely different rap style and energy that we hadn’t seen before, instantly enticing people in with his distinctive style and unique delivery of lyrics.

It’s very rare that we see a musician consistently stay on top of the charts and remain relevant to the ever-changing music industry that at times is unpredictable and fickle. He is a timeless talent that is able to adapt to what’s new whilst still remaining true to himself. With his unapologetic demeanour, solidified character and strong sense of self-awareness, the whole world has witnessed the 4x platinum-selling, chart-topping rapper, singer, songwriter and producer from Camden become a household name on an international level.

So how does the rapper still obtain the same level of excitement and stardom he did 10 years ago? He isn’t afraid to takes risks and delivers a level of unexpectedness to the scene that is unmatched. Releasing his debut solo single “No Regrets” as the lead cut from his debut studio album, ‘Bad Intentions’ in 2012, it was no surprise that the song shot straight to number 1 on the UK charts. Continuing with his solo path, Dappy later released another top 10 single, “Rockstar”, featuring the legendary Brian May from Queen. ‘Bad Intentions’ would later become a top 10 album at the time of release. 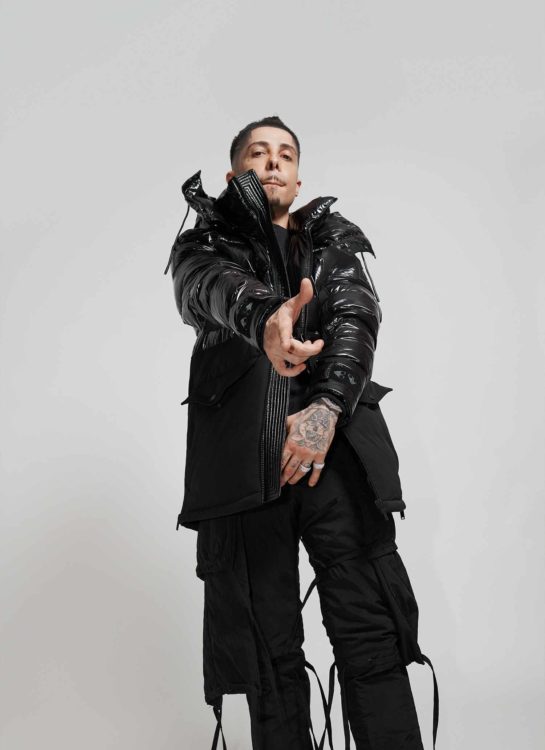 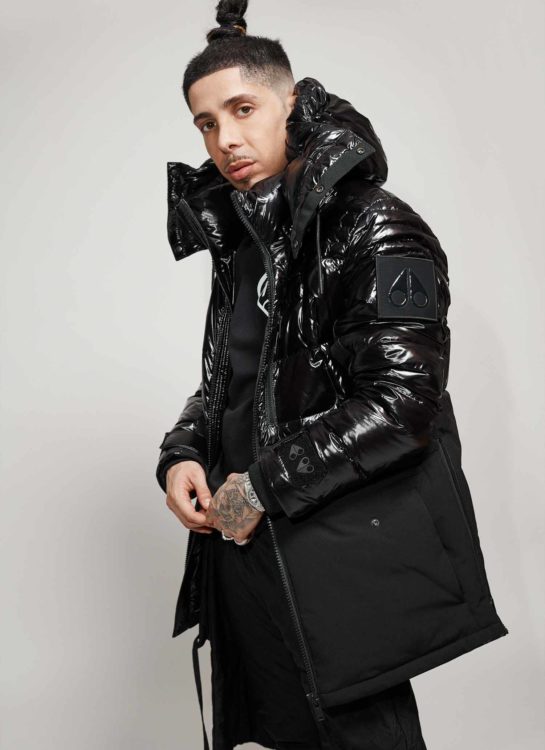 In March 2015, “Beautiful Me” was released and became a top 20 single, which lead to the release of Dappy’s first independent EP, ‘Eros Apollo’. Slowly realising that he could have control over his own success and organically grow without feeling the pressure of a label, in 2016 and 2017, Dappy released a stream of singles alongside the notable acoustic track “Spotlight”, which had an impactful response from his supporters. Proving he was consistent and always one step ahead of the game, he released his platinum selling single “Oh My” featuring fellow British Rapper Ay Em in 2018, followed by “All We Know”.

Now in 2021, building upon his increasingly successful solo career, Dappy has partnered with Abra Cadabra to bring us the song of the summer with “BOLO”. Taken from his upcoming tape, ‘Fortune’, the feature sets a high bar for what we can expect from the project. The new track allows for Dappy to put his signature stamp on the UK scene and showcase his mature influence, presenting a solid flow that you can’t help but nod your head along to. This new track sees Dappy draw distinctions between himself and his competition, flowing back and forth throughout, Abra Cadabra’s rhythmic delivery. A tune that displays two different generations of rap music simultaneously coming together as one, Dappy proves to the world time and time again that no one can take his spot and he means business. As well as “BOLO”, Dappy’s recent tracks include “Not Today” with Tory Lanez, “+44” with Lotto Boys and “Motorola With Da Best Freaks” featuring Swarmz.

Notion caught up with Dappy ahead of his recently announced UK 2021 tour, Duki’s Playground, to discuss “Bolo”, his thoughts on the UK scene currently, and what fans can expect from his long-awaited new project ‘Fortune’. 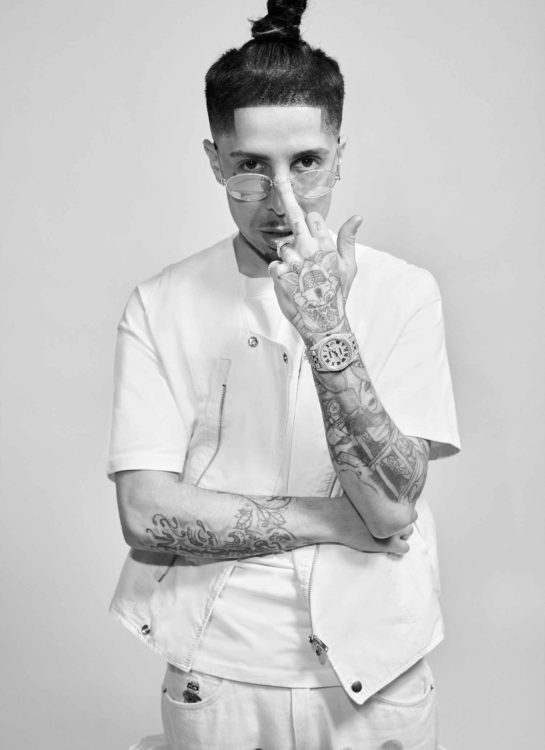 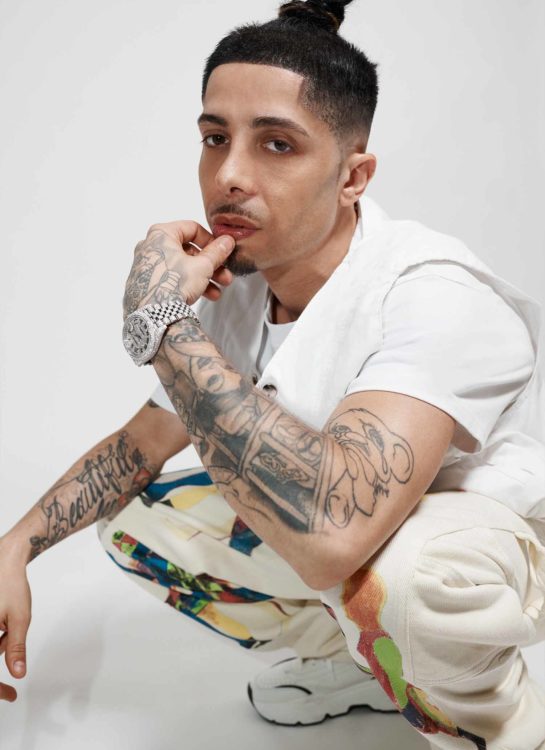 Your track “BOLO” just dropped with Abra Cadabra and it’s an absolute tune. Talk me through the processes of you and Abz linking up for that track, did you guys already have a solid relationship prior to the song’s release?

To be honest, we were both just fans of each other’s music, I think he’s dope & vice versa. We spoke in DMs and set up a session and it was lit! We created two bangers – “Selective Bad Boys” which he put on his tape and “BOLO”.

The track has that distinctive drill percussion and piano melody mash-up, which of course is super popular at the moment and is a sound that’s really dominating the UK rap scene. Do you have to hear the melody of the song before you write the lyrics, or do you have lyrics brewing from before that you want to match with a melody?

More time I hear the beat of the song and choose the best melody/flow to complement it and go from there.

So we’ve got two very iconic, very contrasting sounding musicians on the beat, yourself and Abra, and it just works really well. You’ve been in the industry for over 10 years now and you’ve still remained iconic and relevant, do you think as an artist it’s important to have something distinctive about you in order to survive in the music industry, but also to stand out, would you say you’ve had to adapt?

I think the key to remaining relevant is your willingness to still learn and adapt, you gotta keep up to date. I’m not ignorant to what’s going on around me. When a new sound comes out I’m onto it, I study it and add my personal style to it. Answering your question, yes, I do believe it’s important that you have something distinctive about you in order to survive in the industry, I mean nowadays anyone can go viral and stand out, trends fly in and out but how many of them are gonna last? My distinction is my pen game, I write music like no other, along with my ability to rap and sing extremely well. My music is timeless, I’ll be making music till I’m in my 60s 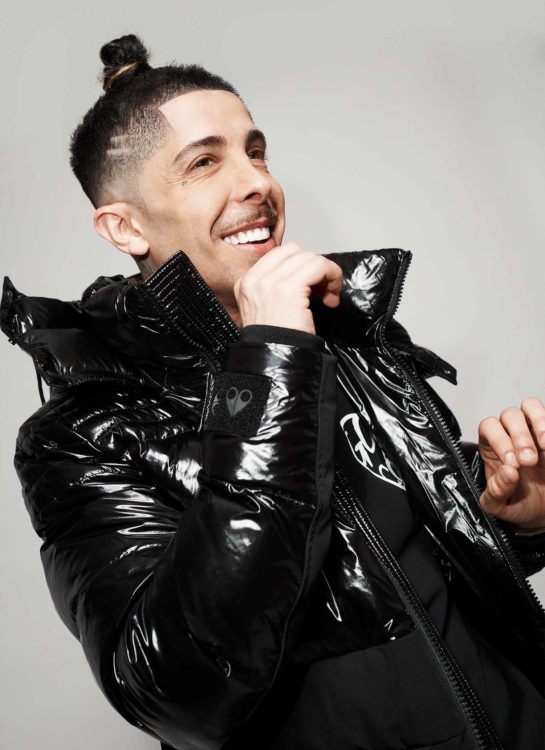 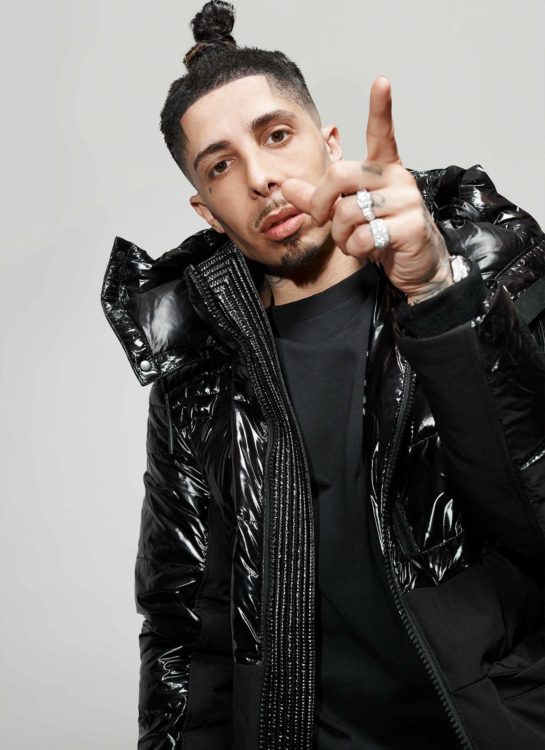 I feel like this is a collaboration fans have been waiting for yet is still unexpected. We’ve got a collab from two different generations of UK rap music, both from North London. You’re an integral part of UK music history. So having been able to see so many different sounds and popularised genres in your time, what do you think of the UK scene at the moment and what genre do you enjoy the most?

I wouldn’t necessarily say I have a favourite genre… I love timeless music. Drill is definitely dominating the UK scene right now.

You’re known for your signature sing-song flow on a song as well as delivering hard flows, which is rare as it’s usually one or the other. Do you feel like you’re a risk-taker in the UK music space?

I don’t take risks, when I go to the studio, I know exactly what I’m doing and why I’m doing it. I know how to choose the best melody or flow for any beat I’m given!

In “BOLO” there are a lot of references to your career, and you draw comparisons between yourself and your peers in the industry. Similar to your previous track, “Wounds”, on both you are very self-aware, more so than ever before. Do you feel like during the pandemic you had a lot of time to reflect and look back on your career and how far you’ve come?

The pandemic definitely made me slow down and reflect, I think it was the same for everyone. I’m used to the fast life, tunnel vision! However, the lockdown deprived me of that fast life and in turn I was able to sit back and become more self-aware.

“BOLO” is definitely well-timed for the summer and sets the tone of your long-awaited tape ‘Fortune’ which is releasing soon. Your last full project was ‘Bad Intentions’ in 2012, so 8 years ago now. I feel like your new project already shows a lot of growth, from the intro and the cover art – What sort of sound can we expect to hear from the new tape, will we see a different side to you?

My tape is very eclectic. It’s the best body of music I’ve made. Yes, I don’t like saying too much I always prefer to let my music do the talking, you’ll see and feel many sides to me when listening to the tape. You understand the person I am when you listen to my music. 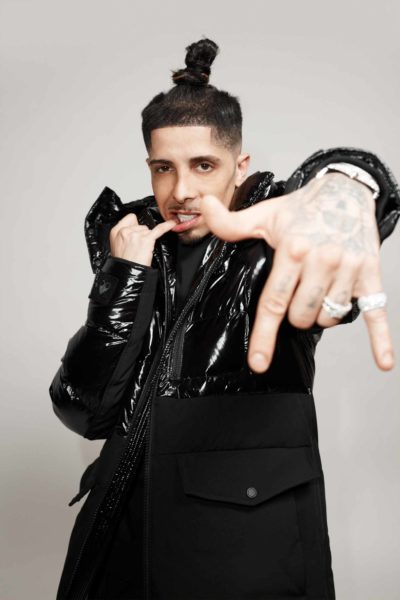 You’ll also be touring in October. I’m sure you’re already planning for that as we speak – I’ve seen the list and you’re going to a lot of places in the UK. Have you missed touring? What can fans expect from this tour, have you got anything special planned?

Duki’s Playground is gonna be a whole experience! I’ve always got something up my sleeve for my supporters, my shows are mad! I love performing, no one can out-perform me lol.

You’re a rapper, singer, songwriter, producer and actor. Being a multifaceted artist yourself, how important do you think it is to be multifaceted as an artist and is it essential to invest and spread your talents in a multitude of mediums nowadays?

The more talent and skill you have, the better. It allows you to have a wider fan base and become more influential. Improving and broadening your skills will only help you in life.

I’m always going to be making music and performing. When I’m 50 maybe I’ll pick up a guitar… I think that right now is the time to drop my tape because respectfully, it’s time to separate the boys from the men.