Day in the Life with emie nathan

emie nathan takes us along for a day in the life of rehearsals for this week's live show at Camden Assembly, playing her new EP "deep down". 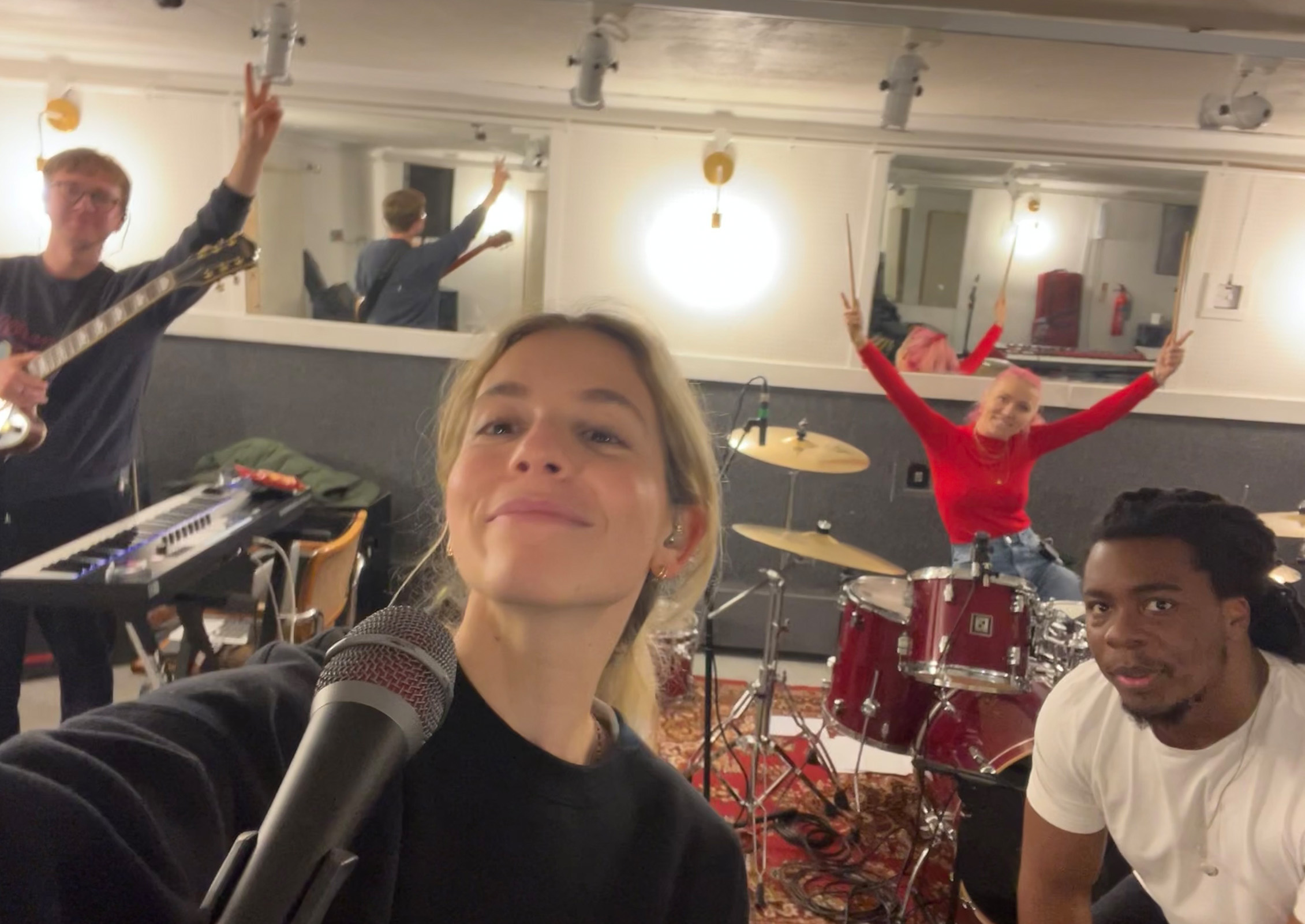 The band is back together! It's been a few months since we were all present for a full set, it was honestly like coming home to this lot. I think we are all pretty excited for the show ahead. 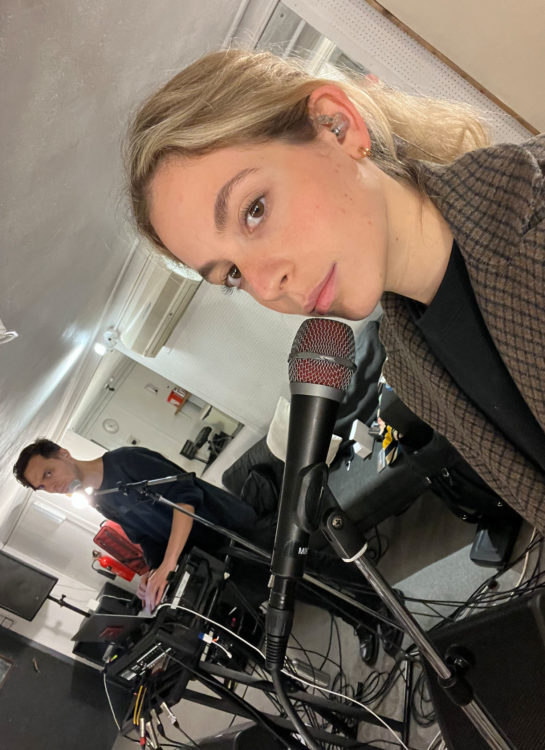 This is Mike, my magical MD. We were recalling the last headline prep we did last year as he had Covid and had to be remote on zoom for the whole thing. It's nice to have him in the room again, though our faces tell another story. 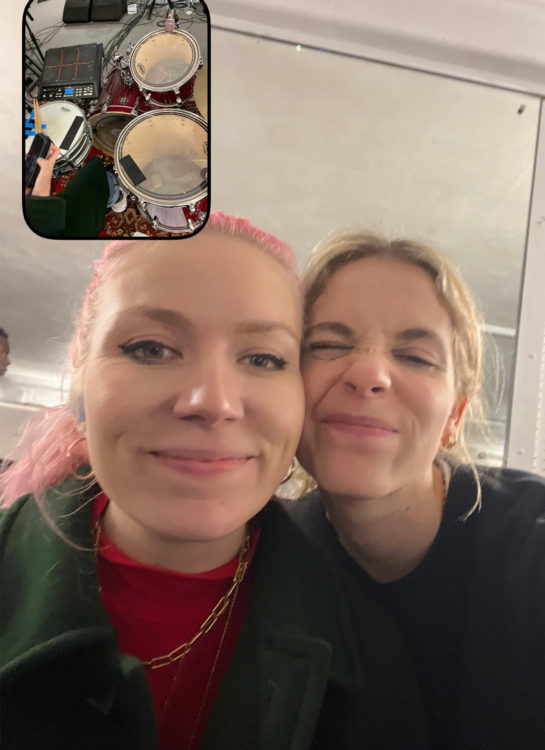 This is Debbie. Debbie is my spirit animal, an absolute beast on the drums and I am grateful for every show I get to play with her. Yes, this is a BeReal. No, I will not share my BeReal. 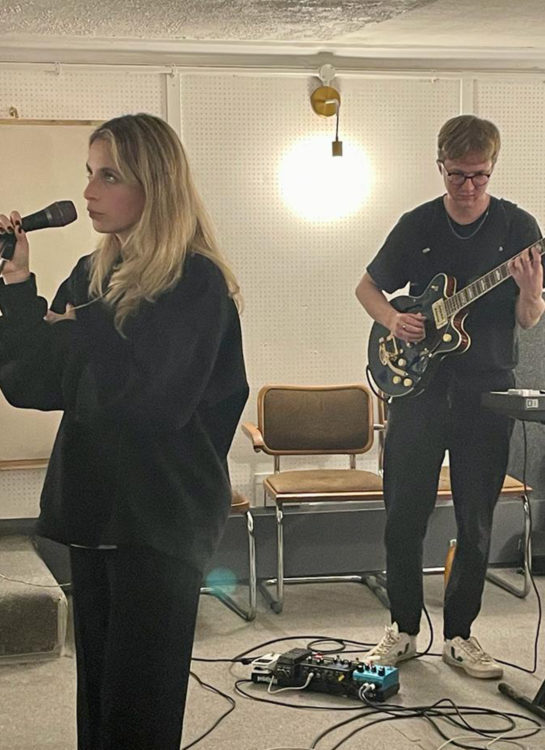 I’d like to say we are both in a bit of a zone here, but I look slightly possessed and Joel looks like he’s just remembered where his keys are. Joel in-fact knows where his keys are so crisis averted. I’ve been playing music with Joel for almost four years. He is officially the first member of this band. 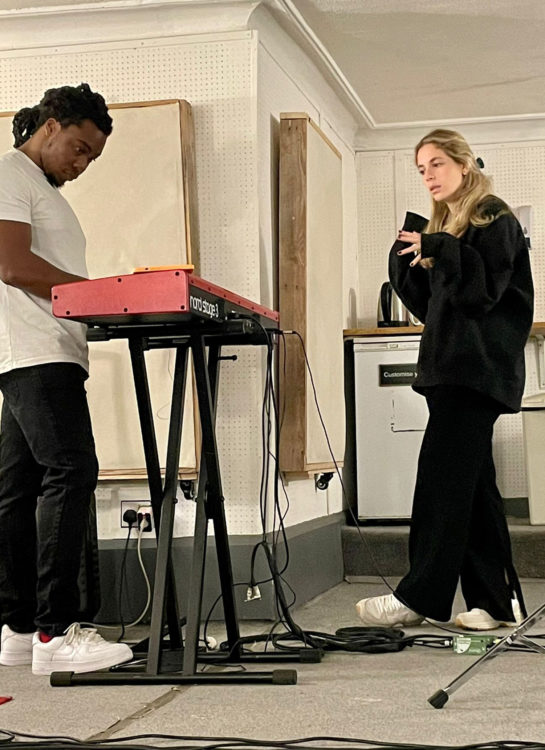 This is Dan, a self-proclaimed secret bass player - but a wizard on the keys to you and me. We are playing a new song I wrote only a few weeks ago called “dissolving” and its just a piano/voice moment. I think we were working that out in this picture. It's going to be gorgeous. 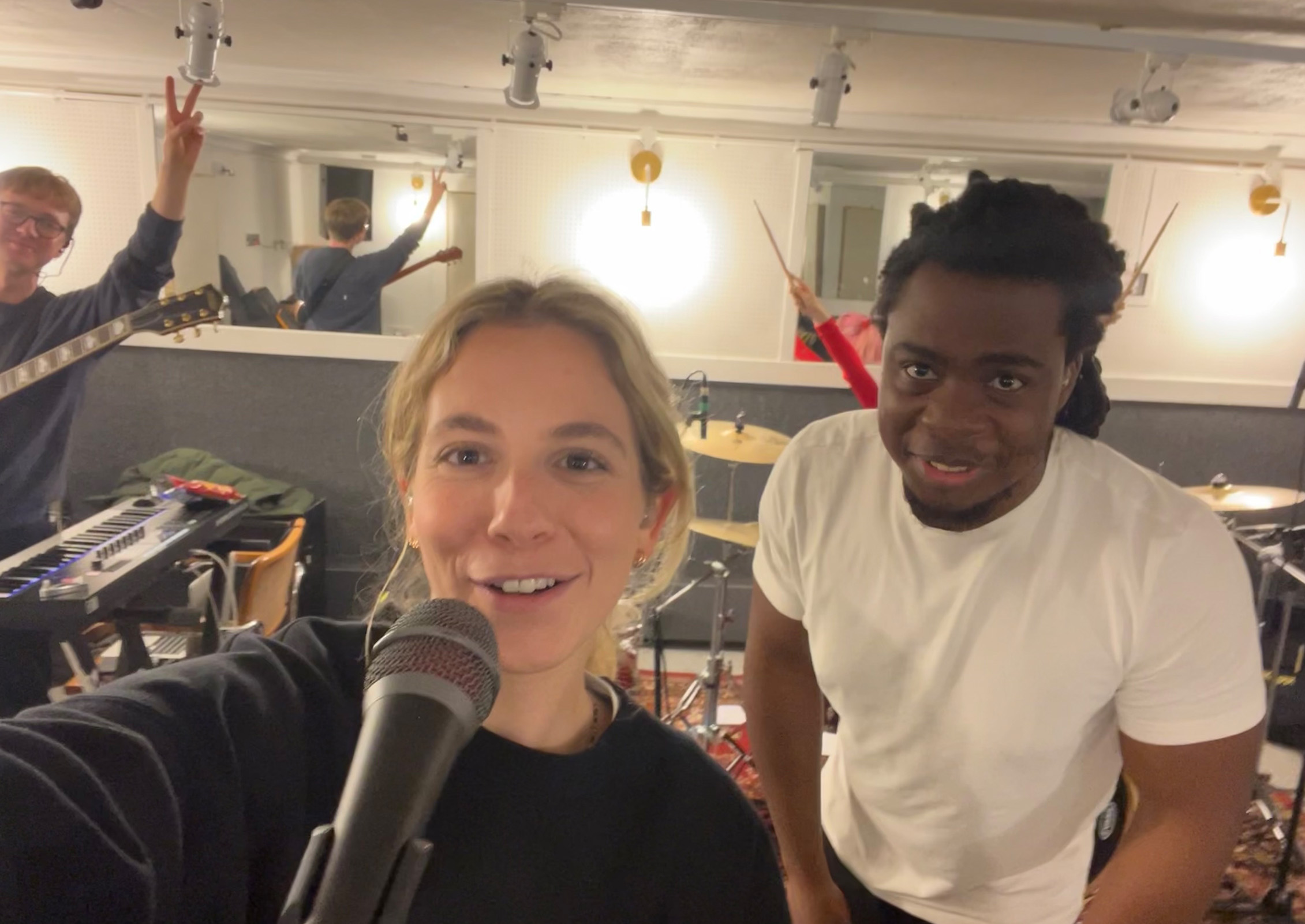 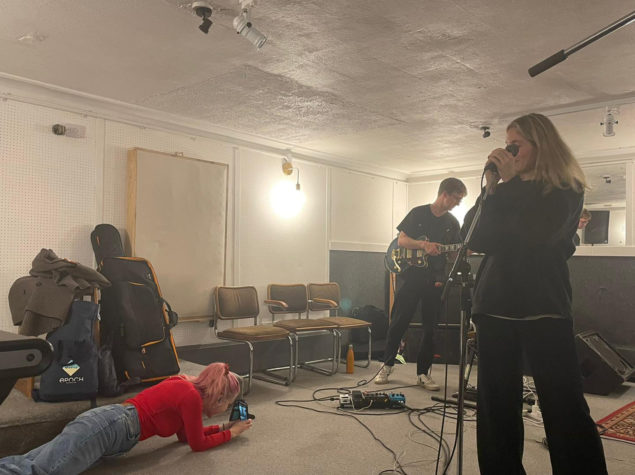 I tasked Debbie with taking a few snaps for this feature and frankly, she took the job seriously. 10/10 commitment to the cause. Also a 10/10 plank position. 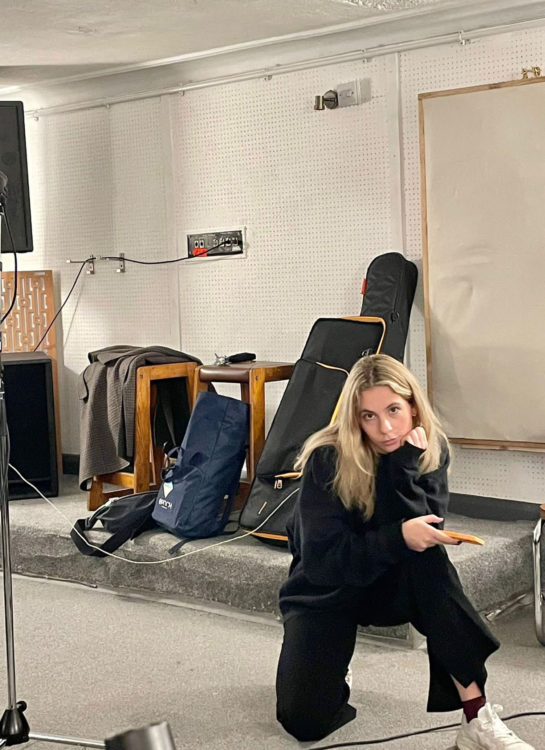 There is a certain point in a rehearsal where everyone starts to get a bit stir crazy. We had to cover a lot of ground and take regular outside breaks since this particular room had no windows. I think this was probably taken around that time. 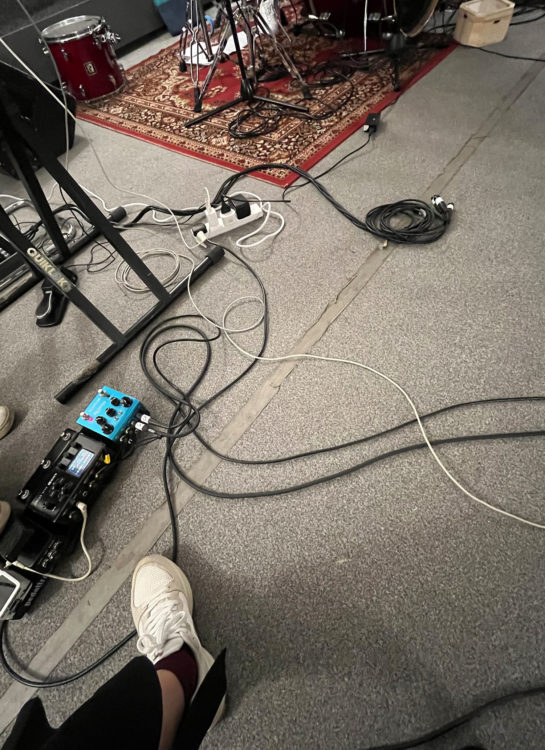 The cutest, most compact guitar pedal board you ever did see. 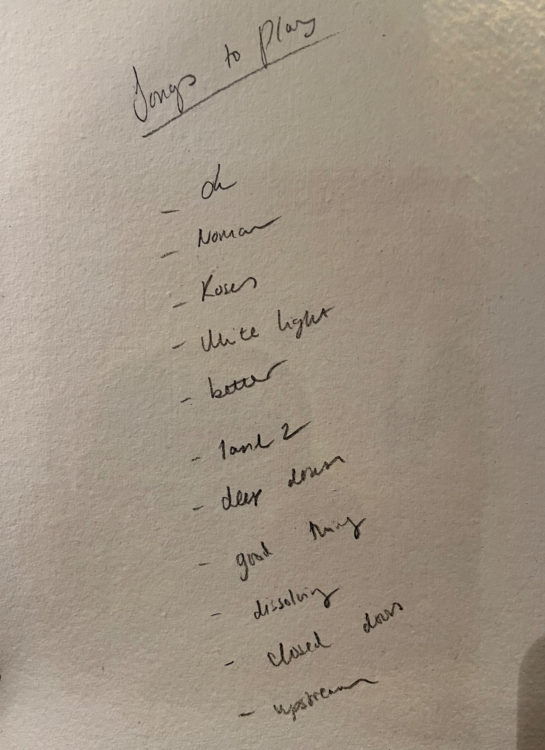 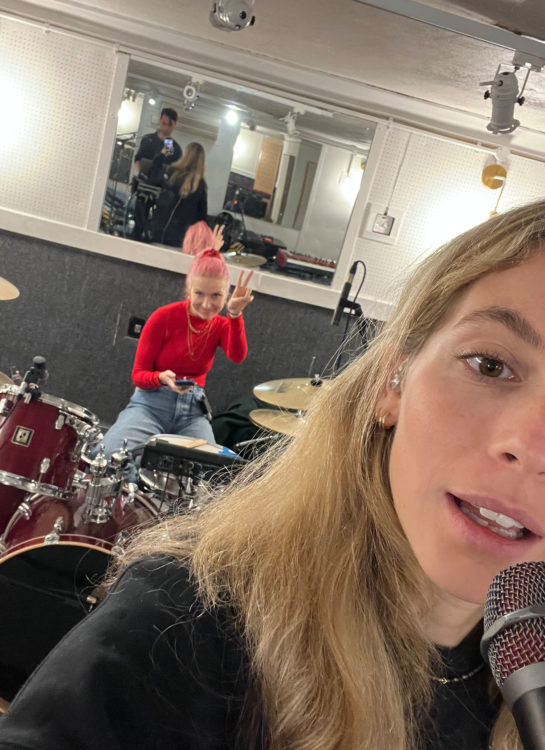 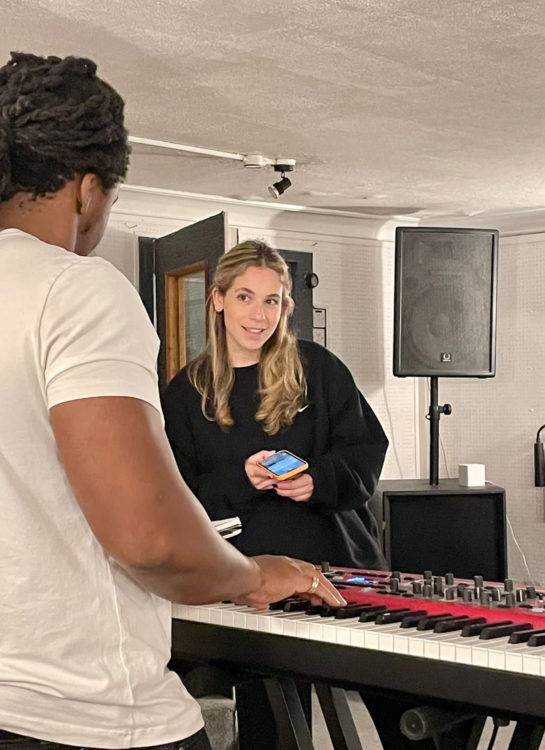 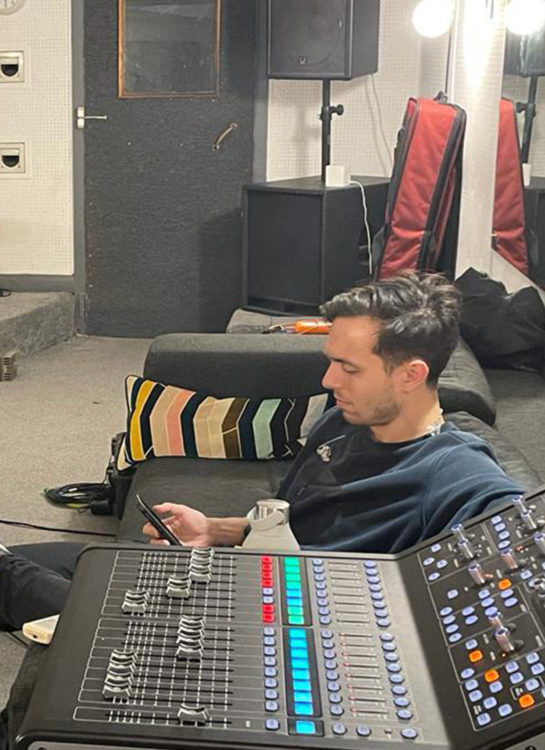 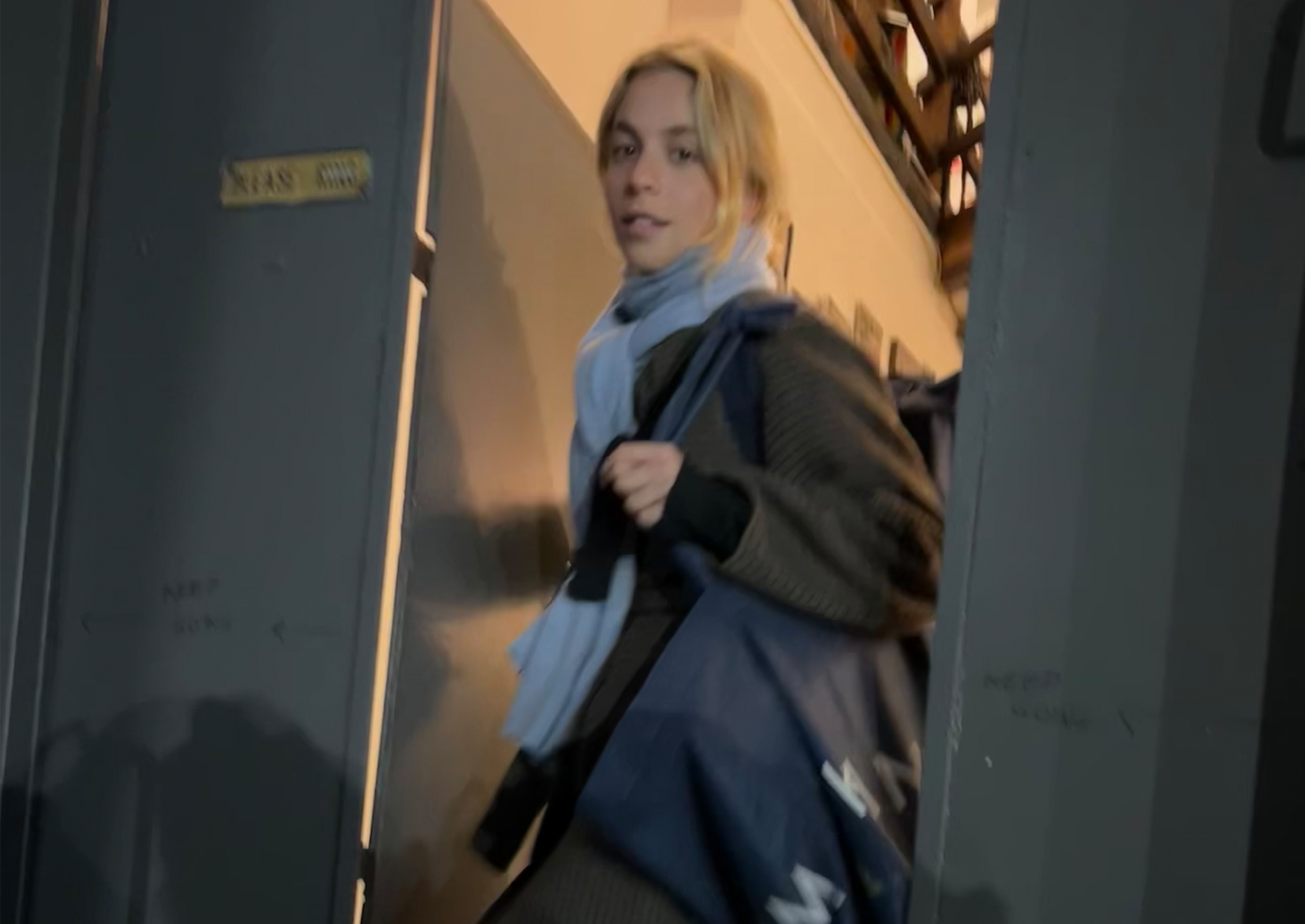 Stepping out at the end of the day and realizing you missed all daylight hours, but it's fine because you are finally outside and you know *all the music*.