Pittsburgh-native and singer-songwriter Daya is no stranger to success. An artist who emerged at only 16, her pop-perfect voice shone in early singles like “Hide Away” and “Sit Still, Look Pretty”, giving some indication of the accolades to follow. It was her feature on Notion 91 cover stars The Chainsmokers’ “Don’t Let Me Down” that really made waves, the track going 9x platinum and earning Daya a Grammy for Best Dance Recording.

Since then, Daya has continued to demonstrate she shows no signs of slowing down. Anchoring herself as part of the LGBTQ+ community, she’s been performing at major Pride events and has teamed up with organisations such as GLAAD and The Trevor Project in the hope of helping others.

Hitting her early twenties, an upcoming EP and new single “Love You When You’re Gone” let listeners in on Daya’s inner life more than ever before. The upbeat track holds raw emotion, exploring the feeling of missing a lost relationship, and the confusion of this experience. Released alongside captivating visuals, the story encapsulates the themes of loneliness and nostalgia that are set to run throughout the artist’s EP.

We caught up with Daya to chat all things “Love You When You’re Gone”, her journey so far, and what’s on the cards for the rest of 2022. Dive in! 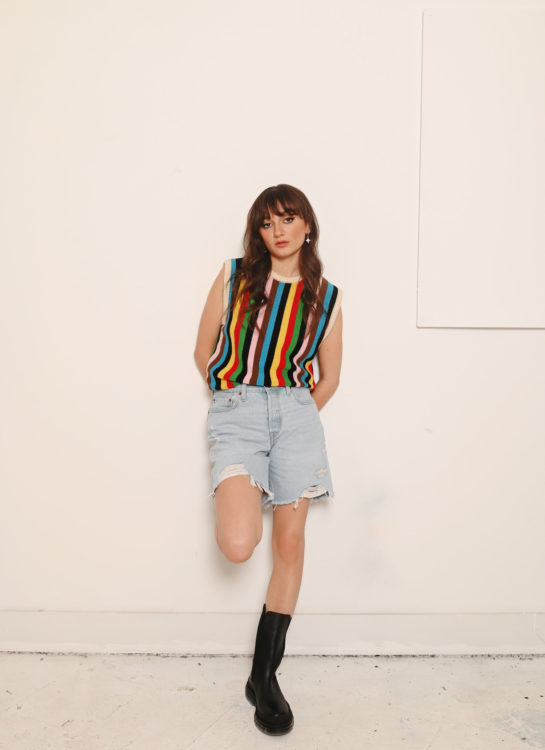 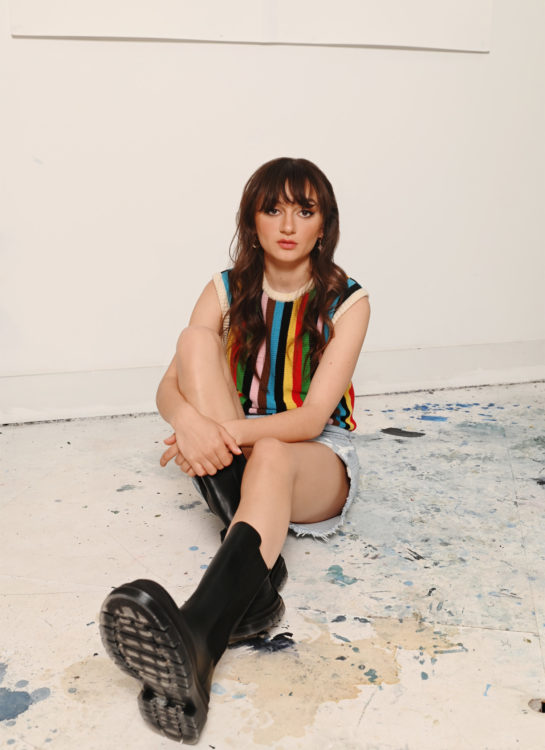 Congratulations on your new single “Love You When You’re Gone”! How was it shooting the music video?

It was amazing. Mitch (the director) and I really wanted to take it in a narrative route, which is something that I haven’t done a ton, so that was exciting. He does a lot of short films so that’s right up his alley. We also wanted to shoot the whole thing on film and somehow he and the team ended up executing it all exactly how I envisioned, from the set ups to the composition and lighting to camerawork. It took a lot of pre-production work and ended up being around a 18 hour day total to shoot, but I could not be happier with how it turned out.

The track grapples with themes of loneliness and nostalgia and deals with the grey area between dreams and reality. Do you find songwriting an effective way of processing difficult emotions and keeping you anchored?

Definitely, yes. I think I’m always going into it with an open mind and a sort of curiosity, which helps me to really dig to get to the root of what I’m feeling. I’m constantly uncovering things and some days I find something substantial enough to expand on as an idea and other days it’s just a tangled mess but I guess that’s what keeps it interesting.

The track is from your upcoming EP coming later this year. Are you excited for its release? Tell us more about your creative process!

I’m so excited. This is a collection of songs I’ve been sitting on for a few months now and they each feel special to me in different ways. Sonically I think they vary a bit but conceptually I wanted all of them to inhabit this insular and dream-like landscape. This past year I’ve been spending a lot of time on my own and in those moments I tend to let my imagination run wild— so a lot of the songs are imagining this world that exists somewhere in between real life and dreams. 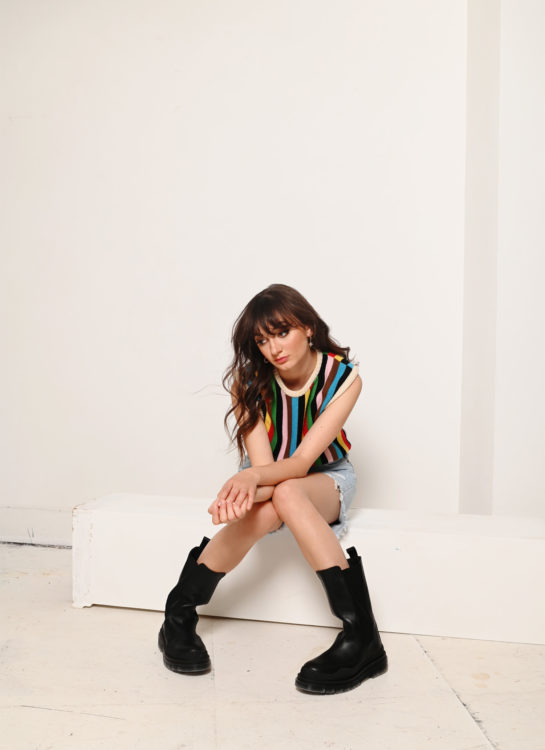 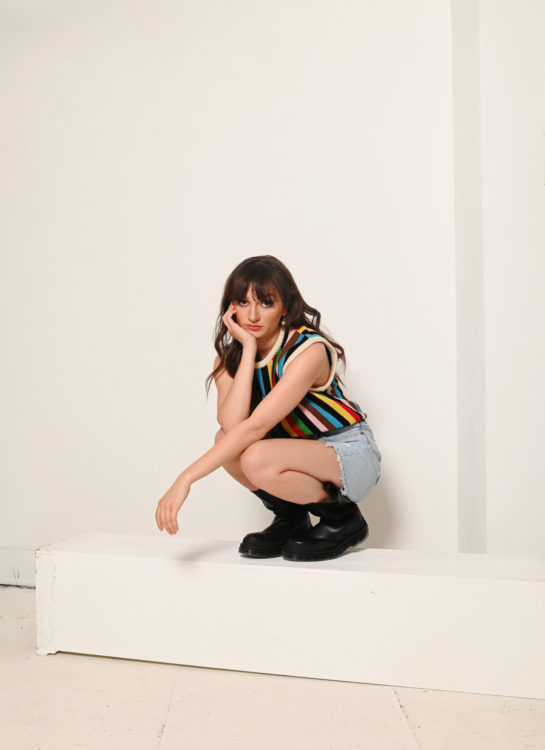 You’ve collaborated with an array of talented producers and writers on this project. What qualities draw you to working with someone?

It’s really important that they’re cool and we share common taste, and I don’t really care about much else beyond that. Sometimes I’ve been placed in the room with the “best writer of our generation” and I’ve had a horrible time. I like people who are down to experiment, and also who are just as invested as I am, because I hate to be the only one excited about something.

Any artists you would love to collab with one day?

I’ve love to do a song with Chris Martin. I was a huge fan when I was a kid and he had a lot to do with how my voice developed stylistically, so I feel like I owe it to my younger self.

How do you feel your sound has evolved from your last EP?

I think it’s always shifting, but this EP in particular has taken on a sort of 80s character with the production. I’m just really loving synths right now and also 80s drums.

If you could describe your music in three words, what would they be?

You started out in the industry at such a young age. Tell us about your musical journey! What was the moment you knew you wanted to pursue music as a career?

Music has been a part of my life from as early as I can remember. I think the first time I experienced playing live, I was 10 years old playing various Green Day and Alanis Morissette covers in this Irish pub down the street from my house, and I remember generally feeling like, “yeah I could do this for the rest of my life.” 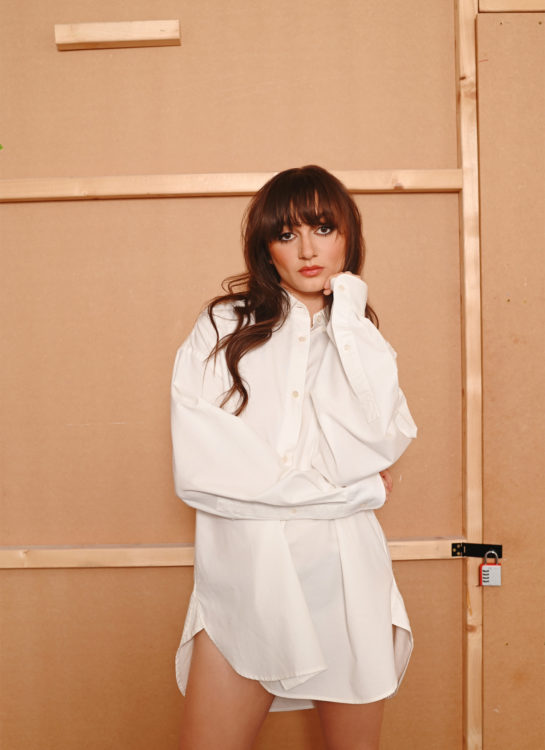 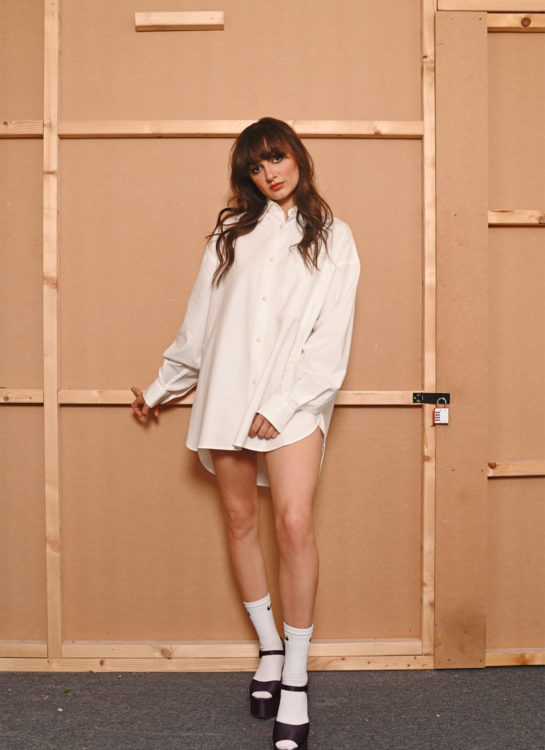 With so many accolades under your belt, what has been the biggest pinch-me-moment of your career so far?

I think probably winning the Grammy for “Don’t Let Me Down.” It’s still nuts to think back on now, almost 5 years later. That was a crazy time in my life.

You’re no stranger to performing live – what can we expect from a Daya show?

You can expect lots of energy. I think that’s the most surprising thing when people see me perform because they think I’m so chill and even-tempered in day to day life. But I guess everything under the surface just unravels itself when I’m on stage and it gets crazy.

Of all the places you have ever performed, can you pick a favourite?

I don’t know of an exact favorite, but I’d have to say anywhere in Southeast Asia— the crowds are just unlike anywhere else there.

What is inspiring you outside of music at the moment?

I’ve been reading a lot recently. I’m a bit late to the game but I really love Sally Rooney, I just finished 2 of her books while on the road. I’ve also been sorting back through some of Joan Didion’s essays; Slouching Towards Bethlehem is a great collection of them. Outside of that I really love watching films when I have the time.

Where do you see yourself this time next year?

I hope to be touring internationally again— that’s one of my favorite parts of doing what I do. I love getting dropped into a place I’ve never been before and finding the places to drink and eat and hang out. And also, meeting fans who don’t speak my same language yet somehow know the words to my songs— that’s a wild thing.

Where do you see yourself ten years from now?

I hope to still be touring and making music that feels relevant to me. I think that’s all I can hope for. I’d love to be living in Tokyo or something. Maybe starting a family? I don’t know.

Perfect way to spend a Sunday?

Reading on my patio, hanging with friends at brunch, or binging movies from my couch. I’m a simple gal what can I say! 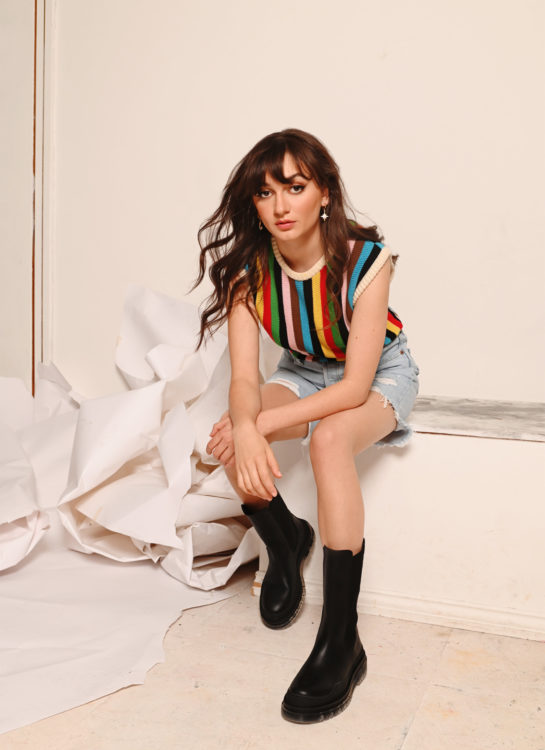 Watch "Love You When You’re Gone” below: