When it comes to music it can be pretty straight forward: you pick a genre and know what to expect. From Nu Metal, Grunge to DnB, Utopian Jungle and Trap, there are no musical moulds that constrain DeijuVHS’ sound.

If you like X, Nirvana, Tyler the Creator, and Gorrilaz, and put them all onto one album, you’re going to love Deijuvhs’ upcoming EP. An amalgamation of sounds that are so unique to him, Deijuvhs is one of the key figures of the London underground scene. His quirky and unapologetic artistry doesn’t shy away from exploring and pushing boundaries within his music. Whether it be dark lyrics, eerie music videos or his latest upbeat Nu-Metal single, “Freakazoid”, his variety is non-comparative and extremely impressive, all the while maintaining authenticity to his underground persona.

A self-proclaimed underground king, Deijuvhs is an artist who prides himself in colouring outside the lines of the oversaturated mainstream market. He soon realised there wasn’t a music space catering to this genre, so created Lamesfest to showcase underground talent. Similar to a rave, the events are hosted off the grid, and the only way to obtain the location is ‘if you know you know’. You can catch Lamesfest in hidden locations, from squats to forests where skate punk bands and MCs are given a platform to perform.

Listening to his upcoming EP, it is as difficult for the listener to pinpoint a genre as it is for Deijuvhs. From the age of 15, he was inspired by Linkin Park, Nirvana and Sonic Youth, fuelling this into his, as he describes it, ‘sounded like shit’, punk band. This became the gateway for his intrigue in skate, Nu Metal and Grunge which has shaped the underground vibe he has today. Not only has Deiju covered an array of genres, but he is still looking to keep exploring his sound further. Truly this is a testament to his talent and eccentric process of collating a variety of sounds in a way that still keeps listeners intrigued by what will come next. 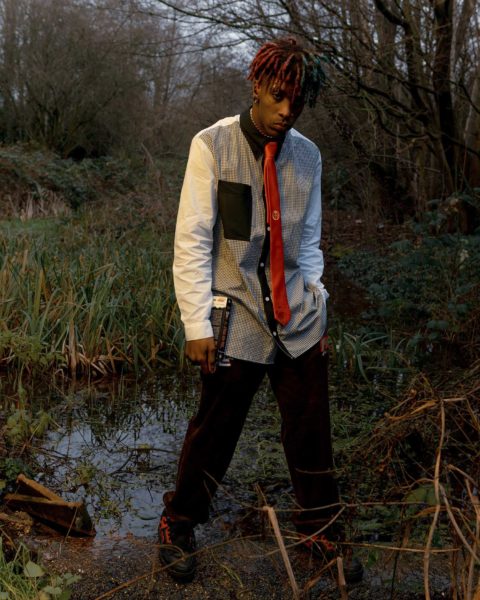 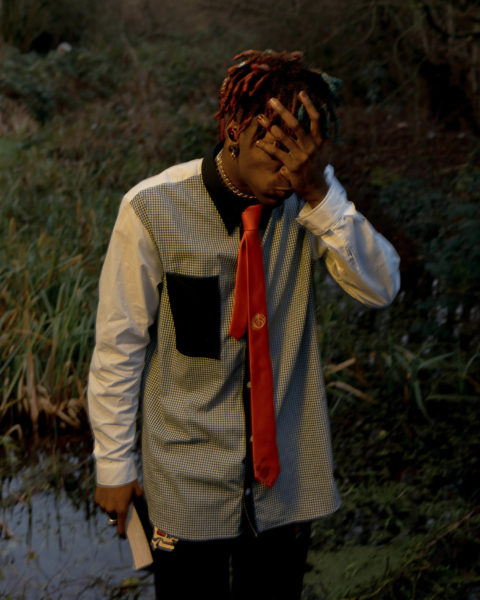 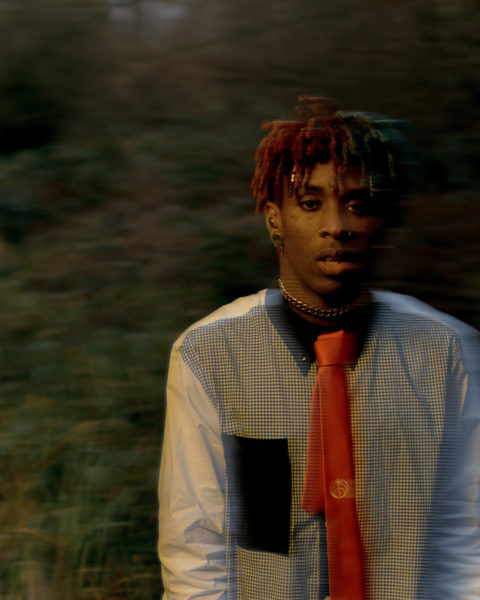 How did you start your musical journey; who were your inspirations?

I started when I was 15 in a punk band called King Pleasure. None of us could play our instruments but we’d practice every day after school. It sounds like ass lol. My inspiration during that period was bands like Nirvana, Sonic Youth, Melvins, Germs. Right now my main inspirations are Nirvana, Michael Jackson, Playboi Carti, Gorillaz, Trippie Redd, Punk, Tyler the Creator, old UK indie bangers, jungle and drum and bass…the list could go on forever to be honest, everything inspires me sonically.

You are a multifaceted artist; is there a genre of music that resonates with you as a musician more than others?

To be honest, Grunge and Nu-Metal hit the spot for me, lets me release a lot of my emotions; sounds corny but it’s true. I literally cry listening to “Stricken” by Disturbed lol.

How do you think skate culture has affected or inspired your music?

Started skating properly when I was 17 and met some of my best friends who are also musicians, so I kinda owe a part of my music to skating. 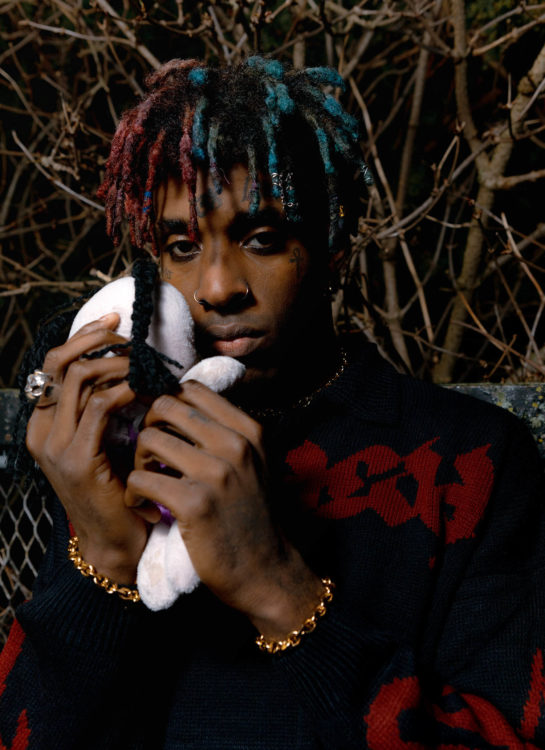 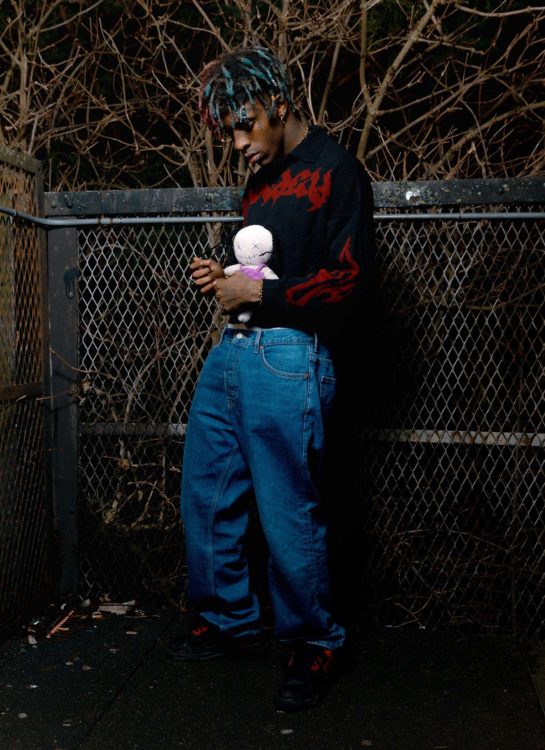 You host a music space called Lamesfest. How did this come about?

Back in like 2016 when I started my solo project I wasn’t getting a lot of shows so me and a mate came up with an idea and was like rah we can just put our own show for our friends and more, that’s how it started. Come 2018 I decided to rebrand and expand instead of just helping my mates out. I thought rah I could help underground artists by giving them a platform to showcase their talent just to inspire them that this music ting can be a career. And through this ‘Lamesfest’ ting a scene evolved that’s open to everybody, I don’t care about how many followers on social media you have, as long as your music is top notch you’re getting a show.

With Covid restrictions, it’s been harder to host events, but as you guys are underground, do you see yourself bouncing back? What should we expect next from Lamesfest?

All I can say is the underground is alive and kicking, nothing can stop this music ting. 100% going to put some wild shows on soon!

What does being underground mean to you?

Being underground for me literally means being an underground artist, I’m not mainstream. Saying that though even when I do go mainstream, I’m still going to have that underground spirit in me. Plus, I’m the self-proclaimed underground king so I need to do my best in keeping the underground pumping cause that’s where all the best talent is.

Most Nu-Metal/Punk Rap started from Soundcloud, especially when we had X, Lil Tracy, Lil Peep, Ski Mask etc who then brought it forward to popular culture. How do you feel about Emo Rap becoming more saturated and mainstream by a new wave of artists who are running with an emo sound?

It’s way oversaturated now and most artists just copy their favourite emo artists which would be cool if they switched it up a bit, but they don’t. I’m bored by it tbh and hardly listen to it not going to lie. Rip X though, literally the Kurt Cobain, Jimi Hendrix etc of our generation. 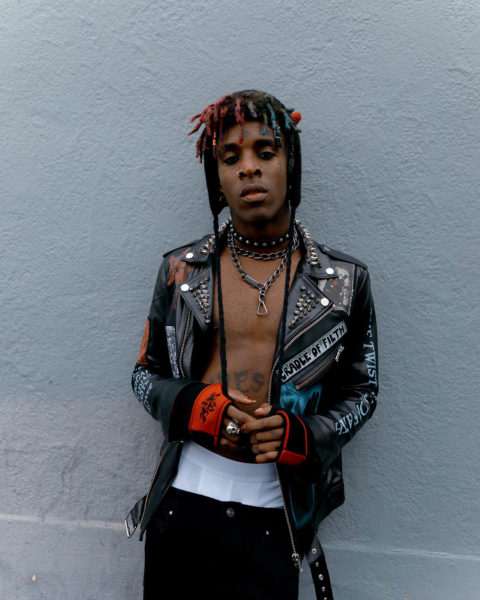 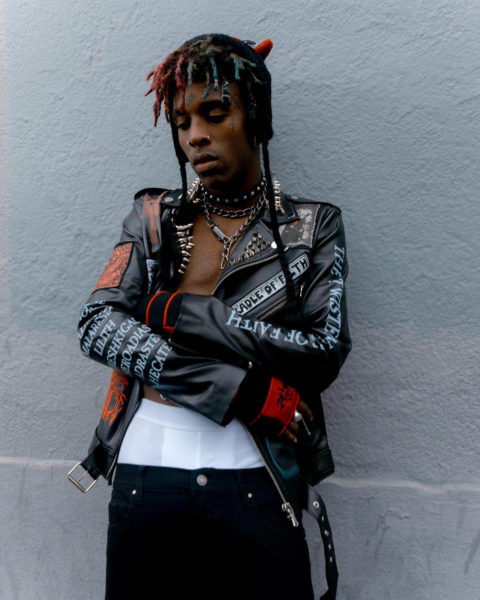 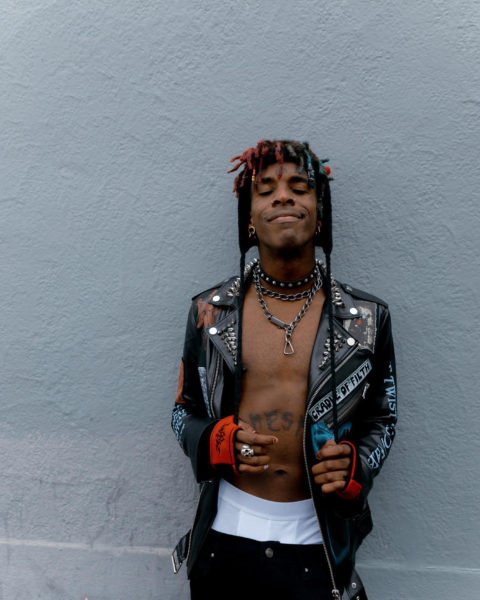 Having listened to the EP, it’s sounding sick. The amount of variety in your upcoming EP as well as your previous album, ‘Forever Hoodpunk’ is insane, not many artists can successfully jump around different sounds and genres like you have. How do you feel about putting out a multi-genre EP and do you think it’ll attract more listeners due to its diversity?

Man, I just love music of any genre so putting out a multi-genre EP is only natural for me. I find it hard to stick to one sound. I think it’ll attract more listeners due to the diversity 100% people don’t want to hear the same boring thing over and over again, my projects will take u places unexpectedly.

You cover a lot of different sounds within your music, from Bloc Party-esque Indie, Utopian Jungle, Grunge, Gutter Trap, DnB and more – is there a genre you haven’t touched on yet and want to explore further?

This is a good question, I want to make a proper commercial house tune, like something you’d hear in the shopping mall loooooool. I also want to make some Frank Sinatra type music, oh and some funk.

“Freakazoid” was one of my favourites off the EP, there’s a great energy to the song, I love the Punk Rap/Nu Metal vibe to it. I’ve noticed your visuals are always really trippy and fun, especially in “Buffting”. What can we expect for the “Freakazoid” video?

A crazy house party vibe with a live band and a sexy goth chick. The video shoot was wild we all got buck (wasted).

Listen to "Freakazoid" below: