The ‘Swedish Music Wonder’s’ debut single release “Crisis” firmly stamped his personality on the music scene with a sweet doorway to escapism. The wistful playfulness present throughout offers a delightful peek behind the curtain. Stylish and retro, the track delves into the isolating nature of loneliness and emotion. Wearing his heart firmly on his sleeve, Ezeh’s inception had been well and truly successful.

Sweeping through a handful of single releases, we come to the point in Ezeh’s discography where we see him release his debut EP ‘Sapphire Alley’. Seven tracks long and oozing with emotive lamentations, the familiarity of his vocalisations activate a sense of nostalgia. The title track boasts an infectious groove injected with flawless ‘60s funk-styling that instantly ameliorates his impressive back catalogue. Rounded off with a hypnotic bluesy outro – ‘Sapphire Alley’ reveals the pinnacle of what Ezeh has to offer.

Sitting down with Notion, Sam Ezeh imparted wisdom on the origin of his musical vein, and what the future holds for the Swedish saviour. 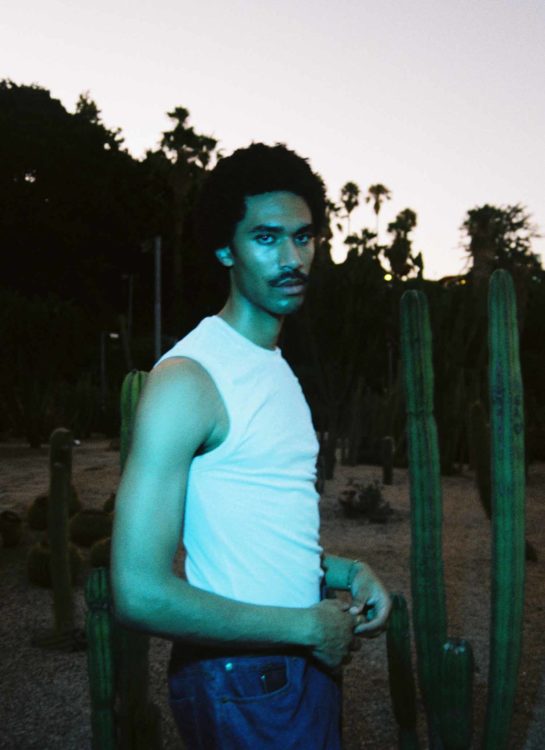 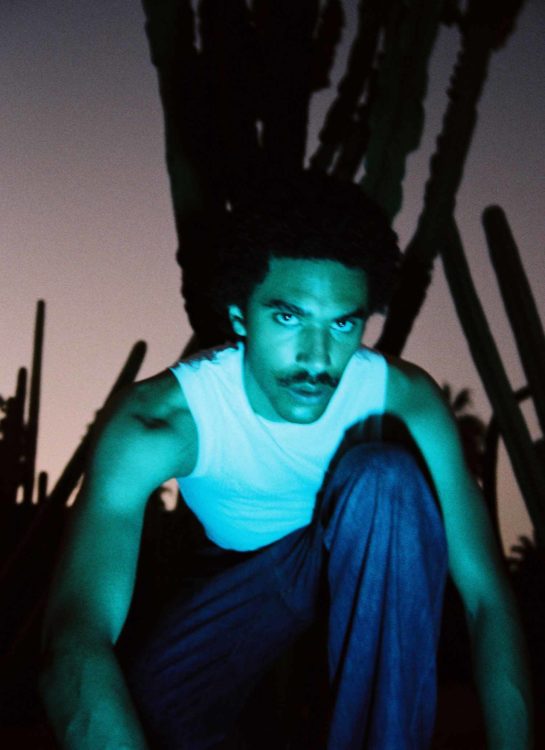 Hey! Can you introduce yourself?

Hey, I’m Sam Ezeh, a 21-year-old artist and composer born and raised in Sweden. I’ve got Swedish and Biafran roots. I’m a Virgo and a perfectionist, trying to stay sane in this digital world. I sing but I’m a drummer at heart. Been making music for some years now, just put out my second EP Sapphire Alley, and now we’re here!

Sum up your sound in a few words.

Romantic, groovy, rhythm. I want my music to be an experience for anyone who listens to it. So I think a lot about details and things that could be surprises for the listeners.

How has growing up in Sweden influenced your musical journey?

I think most children are encouraged to take part in musical activities, starting at a very early age. We have mandatory music classes up until high school, and instrument classes are publicly funded for all kids and young adults, so music to me has always been very casual and accessible. I think the ‘Swedish music wonder’ has also given us a sense that anyone can make it in the music industry, so we’re not afraid to dream big. I started playing around in different DAWs at about 10 years old. Sometimes I wish I’d come in contact with music other than pop though, that is something I discovered a bit later on. 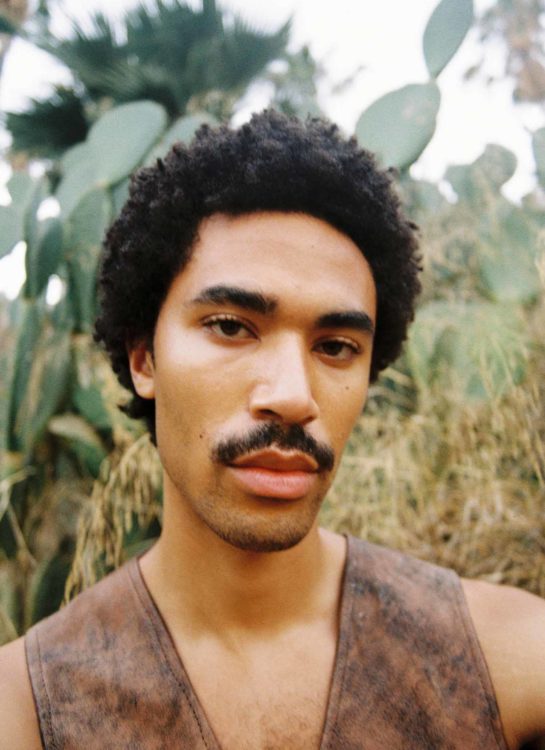 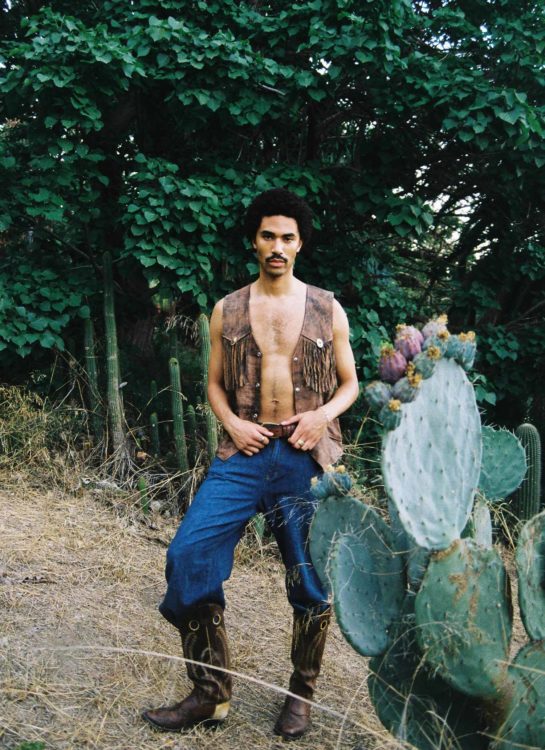 Talk to us about your new EP Sapphire Alley!

It’s a collection of songs I’ve made during this past year. The fact that it was made during the pandemic is a very boring thing to say but obviously it was lol. I’ve just been trying to write about whatever has been on my mind, without any particular vision or direction, and this piece of work is what I ended up with. The artwork, production and lyrics all came together real nicely and in the end it all made perfect sense.

What are the inspirations behind some of your tracks?

I pick things up from all the music I listen to, different soundscapes, elements, etcetera. Producing a song is like arranging your own virtual environment, where you get to decide how the message of the song reaches the listener. I get a lot of inspiration by going deep and listening in detail to my favourite artists. The title track ‘Sapphire Alley’ was inspired by jazz drums with a very prominent ride, but also surf rock for some of its chords and harmonisation. ‘Fantasy’ is obviously inspired by disco, but house as well because of the instrumentation and the repetitiveness of it. While writing ‘Relay’, a more 90s/y2k type beat, i’d been listening to a lot of Brandy and Erykah Badu.

Are there any overriding themes across the EP?

I’ve been more and more affected by the state of the world lately, something I think shines through. Hot topics are contemplation, hopelessness vs. hope, dealing with one’s faith and destiny. Pretty ordinary stuff for someone in their early 20s I guess, but with a flavour of our chaotic world.

‘Not My Child’ exhibits some clear ‘60s influences – are there any artists you particularly take heed from?

I’d say The Doors and Jimi Hendrix. For this song I was also inspired by artists like Tame Impala. 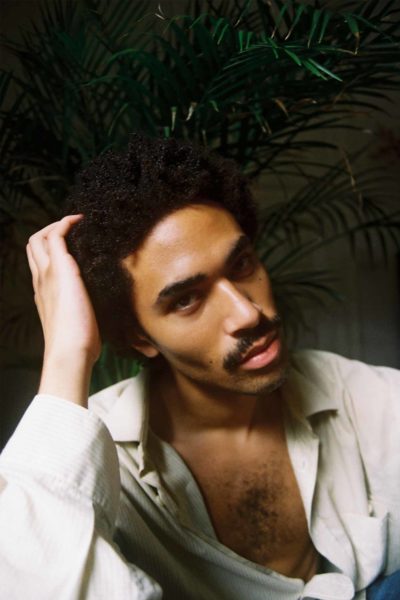 How has your sound evolved since your first single ‘CRISIS’?

I think overall that my productions are better and the lyricism is a little bit more nuanced. With more songs out there, there’s also a wider variety of influences. Perhaps my sound is harder to define the more songs I make, lol.

You’re set to support Little Dragon on their upcoming tour, how does it feel to be able to head out on the road?

I’m excited! A bit nervous, but very honoured to get to open for Little Dragon, such a cool band. I’m very new to the live thing so I’m learning a lot, it’s a new side of my artistry I’m looking forward to explore.

What can we expect from an Ezeh live set?

To me, it’s a new sound when live instruments fuse with my production. Live shows are also a way for me to extend my visions for my songs, so the arrangements are also a bit upgraded.

What’s next in the world of Sam Ezeh?

Mostly practicing and keeping myself in shape for future endeavours. Also letting myself relax to let my creativity grow and flow, so I can work on some new music. I have some things planned for next year which I’m excited to share when it’s ready! 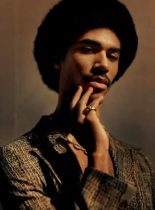