dev soter: It’s All Up From Here

The rising star on veering away from genre, delving into discomfort and sticking to his authentic sound.

Defined by genreless music and a confidence in his artistry, dev soter has risen up the musical ranks in only one year.

Encouraging listeners to be completely themselves without hesitation, dev soter is the sort of inspirational act who practices what he preaches. With a self-belief that saw him stick to his original sound, even when asked to change it, this rising star finds motivation in achieving the things that he is told he can’t do.

If his debut EP The Dida Tapes established his writing and production skills earlier this year, his latest foray “all up from here” sees him tap into narratives far more personal. Centred around conquering your fear, the upbeat, experimental production places dev only one year on from his debut at the precipice of stardom, led by defiance against the people who have put him down.

In conversation with Notion, dev speaks of the inspiration behind his newest track, how he sees his sound evolving in the future, who inspires him, and why this interview is the most memorable moment of his career so far, among many other things. 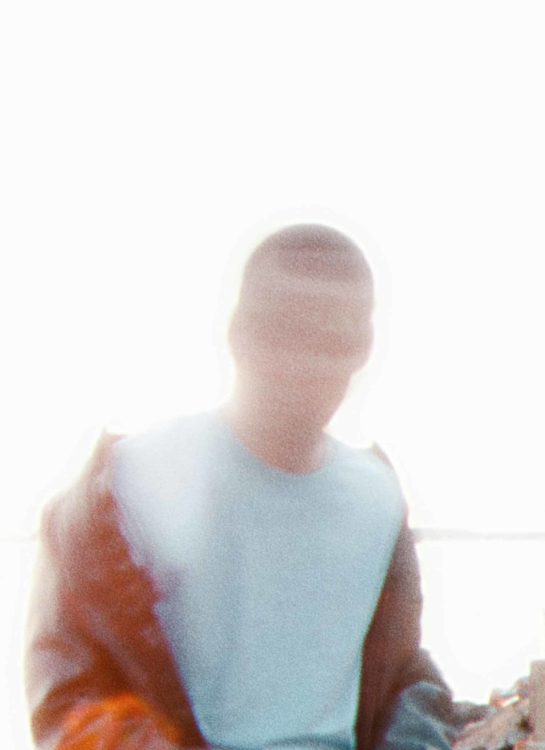 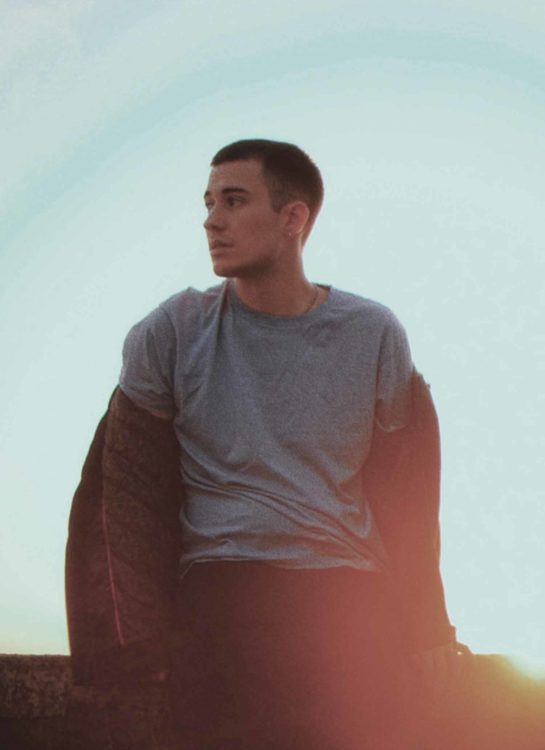 What is the message behind “all up from here”?

I think about this question a lot now that the song is out. When I initially wrote it I was in a sort of “fuck everything” attitude. I just came off a terrible experience with a label telling me I should change my sound and I took it to heart. Now I know that I shouldn’t have. But now, a few months later, I see it as more of motivation for me. I created a following and said what I wanted with the sounds that I loved and it worked out. I didn’t have to listen to a group of people telling me that my sound probably won’t work, so that’s really cool!

Having been told that you need to change your sound, what motivated you stick to your authentic sound?

As much as a love music, I also love doing stuff that people say that I can’t do. I grew up on classic rock, punk and pop, as I got older I got into a lot of R&B and hip-hop which you can hear a lot of influence in my music. I guess I stuck with that sound because I felt comfortable with it and it’s difficult to be stuck in a box when you don’t really have a ceiling with the music I was making. When your genre is genreless you can put out whatever, whenever, and people will just accept that and that’s really cool.

Now, on your own terms, if you could see your sound evolving in the future, what would it sound like?

I love this question. I think, regardless of the path I go, you’ll still hear me in everything I make. But in terms of sound I wanna start working with different instruments, seeing that my music is heavily guitar based. I wanna get some Lil Nas X trumpets and Johan Lenox strings in there at some point.

Along those lines, if you could give a piece of advice to any fellow artists who might be facing an issue of being asked to change to fit a certain mould, what would you tell them?

Do what you want to do I guess. I would’ve never been able to put out “all up from here” after “tulsa” if I didn’t stick to what I wanted to do. I would’ve been stuck making the same song over and over. That’s what a lot of people in the industry want. They have this formula that turns an artist into a song instead of letting them form their craft into a legacy. 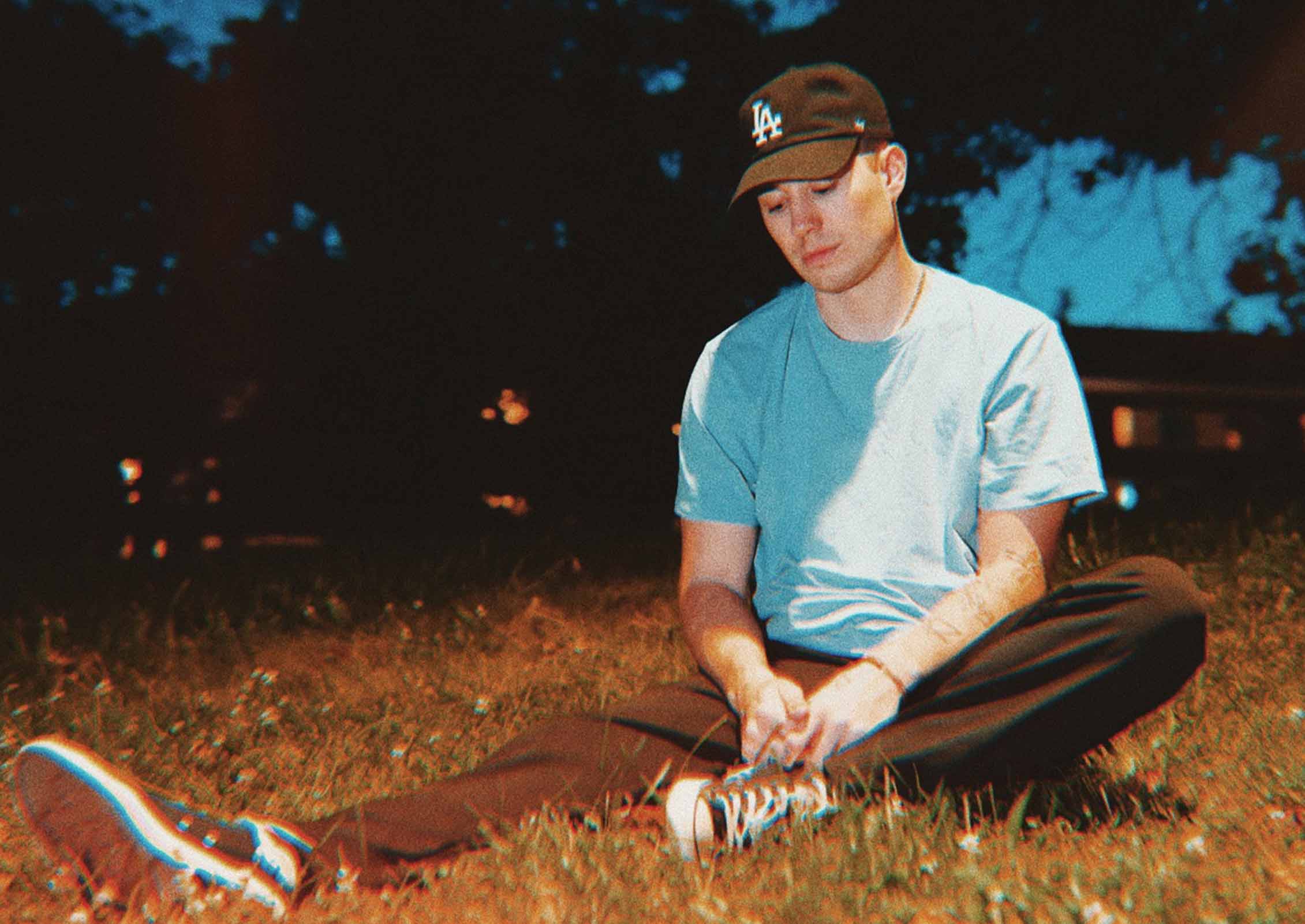 This track is said to centre on the theme of conquering your fear and is quite personal as well. Is that your general approach to song writing? Do you usually take inspiration from your own life or from stories around you?

Oh 100%. Everything I write draws inspiration from somewhere. I wrote all up from here in four parts, which is why it doesn’t really cover a specific emotion. It’s scattered because my emotions were everywhere while writing it. Sometimes you can write about a million things and it works in one song.

If listeners could take away one message from your music, what would you want it to be?

I haven’t really dug up what I’d like my message to be. I obviously want people to do what they want and be who they are without hesitation. That’s the message I’d like to give off. I guess I’ll leave the message up to how the listeners interpret it all.

Who inspires you, both professionally, but also on a personal level?

There’s a million people I could think of, but the first to pop up in my mind is probably my manager Tyler. He’s just as driven as me and it always confused me on why he would work so hard to make sure I become successful. He does so much for everyone around him and the collective and it’s inspiring. He’s also cracked at Call of Duty so it’s good to have a duo partner to play Warzone with. 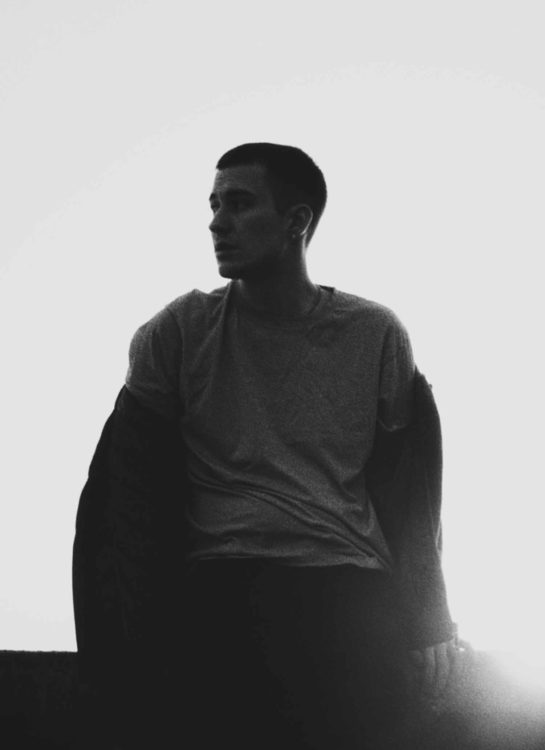 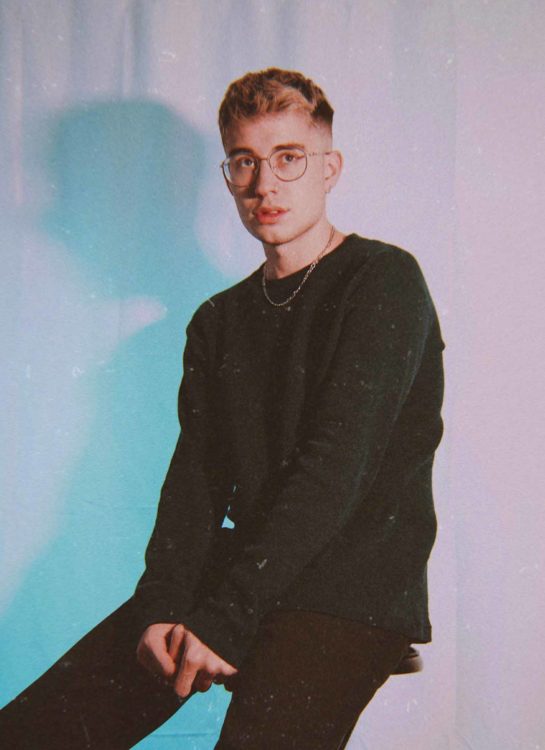 If you could experiment with one type of sound or theme in your music that you haven’t yet tried what would that be?

I’ve never been a fan of electronic drums so that would be super cool to get into. I love getting uncomfortable with my music. Sounds that I don’t really like, but layering to make it sound great (to me) is dope.

You’re coming up to a year since your debut, looking back how would you describe your evolution as an artist?

I levelled up in all aspects I think. I put in so many hours trying to get better and now it doesn’t take me three months to make a song which is a nice change. I also think my music is a million times better. I used to cringe whenever my stuff was playing in public but this new stuff I’m sitting on I’ll turn all the way up.

What’s been the most memorable moment of your career so far? What’s on your bucket list?

You’re not going believe this, but probably this interview!. A few years back I was a photographer, and I followed Notion’s Instagram and all I wanted to do was take pictures for all the artists you collaborated with. Now I’m going to be the artist I wanted to work with. It’s really weird how life works out.

But for my bucket list, I just want to hangout with Jesse Rutherford or Anthony Kiedis. That’s it. Or Julian Casablancas. Those three are my biggest inspirations I think. I also want to make a song with Gorillaz. Hopefully all of that will happen.