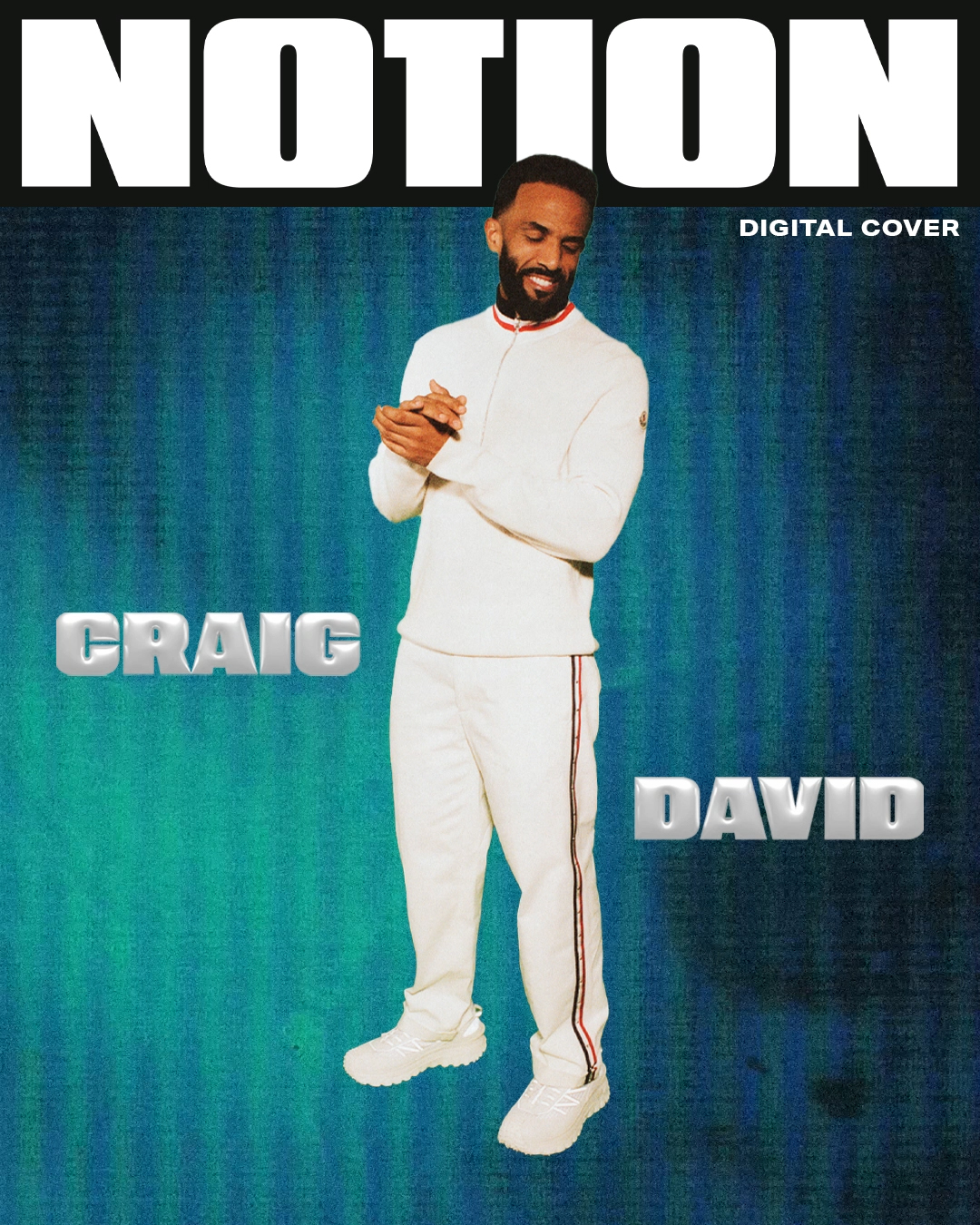 Even with a respectable inventory of accolades under his belt, national treasure Craig David holds himself with an air of humility that is noticeably refreshing. The elation in his eyes as he recalls the vivid details that led him from the bedroom of his Southampton family home, to global arenas filled with thousands, lights up the room instantly. For the unassuming young man who once spent hours on end listening to the Introducing the Hardline According to Terence Trent D’Arby on his Sony Walkman and performing Boyz II Men covers at family gatherings, the actualisation of success wouldn’t arrive until years later when “Fill Me In” (2000) reached the coveted #1 spot on the UK charts. It was this moment Craig’s realised a yearning to make real connections with fans on his home soil.

Seven albums, 25 UK top 40 singles, and over 5 billion streams later, the singer approaches his latest project 22 with the same vigour he had back when the journey first began. Vocal about his level of creative involvement, Craig took to Twitter to express his excitement about putting together a body of work that represented exactly what he envisaged from start to finish. Sharing what that meant to him, he stated: “Coming back from the studio playing ‘Rewind’ for the first time, I thought, if anyone else feels how I feel about this song right here, when the bass hits you’re going to learn. Same with ‘7 Days’. I don’t feel that for every single song. Certain ones hit me in a way that’s like ‘this is the ting’. That was the feeling I got [creating the album] during lockdown. We had to relinquish control. It was very reminiscent of that time in my life when I was young, free and not worried about bills. It was flowing. It wasn’t [about] having to meet a deadline.” 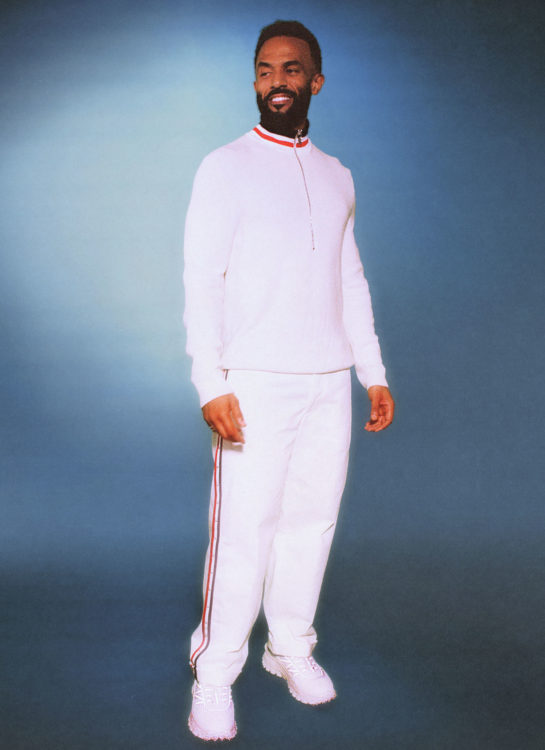 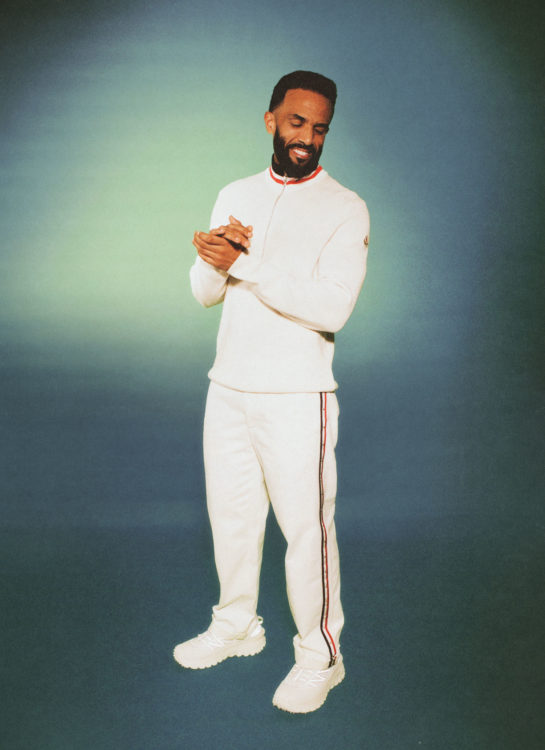 Pinpointing the secret to his longevity requires a complex assessment of a myriad of factors. However, at the heart of it all, Craig David is anchored by his love for the craft – something he personally attributes as a key driver of his accomplishments.

“I’m so passionate about music. I feel the same way as I did when I first started making it all those years ago,” he explains. “But I will say that I have recognised, even throughout all of my successes, the importance of living in today. That alleviates having to speak about things in the past tense. When you treat every day as if you’re starting for the first time, you meet the day at the right place. That’s been really helpful for me when working with new producers. It excites me when I get a co-sign from the 18-year-old kid who is like, ‘Oh my God, you’ve still got the ting, man’. It makes you feel like you’re really alive.”

As demonstrated by previous tracks with AJ Tracey, Ella Mai and Yxng Bane, being in tune with the next generation is far from foreign territory for the star. His latest connections involve work with rising R&B singer Nippa, who, as well as being a featured artist on the album, also accompanied Craig on tour. It is clear the pair have a special bond. “He reminds me of the passion and enthusiasm I had when I [first] started,” Craig explains. “Weirdly enough, even when my mum met him at the arena shows she said the same thing. He appreciates my input when he would like it, but he knows what he wants to do. I love that because he’s not looking to anyone else. He is a great artist and I genuinely believe he has the potential to break out and have international hits.” 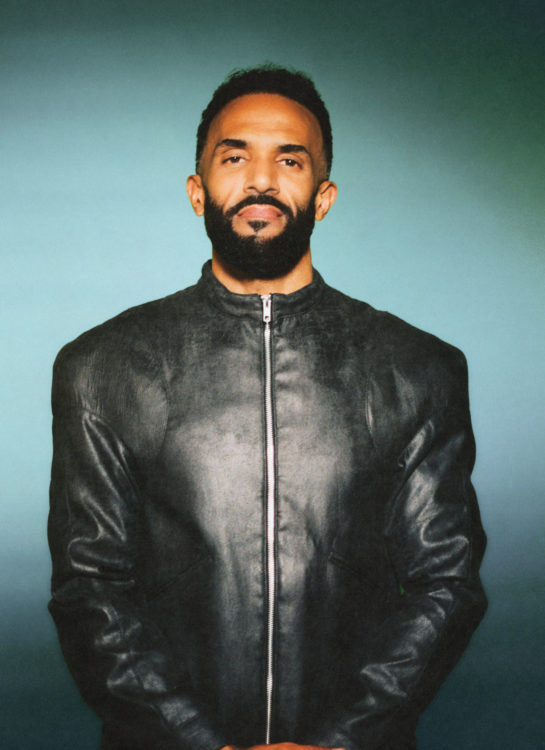 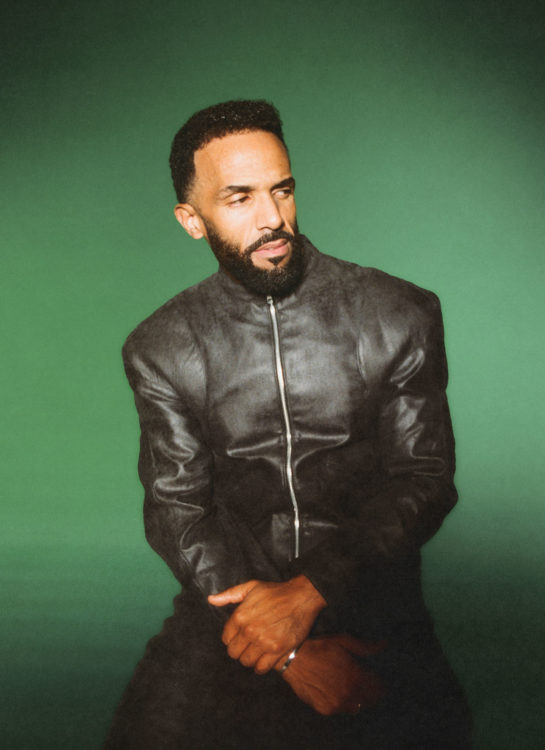 The singer was also quick to admit that the next wave of artists continues to keep him inspired. “It’s a two-way street. Even though it may be me bringing them in, they’re also bringing me into their circle of fans and people who are listening to their music. We’re both leaning into each other. When you’re on the cusp with people who are about to go, it feels nice when they go because you feel like you were in it [with them], rather than being late to the party and it being a thing where the record company calls you saying you should work together.”

In addition to being open to making new connections, for Craig the evolution of his ‘why’ has been equally important in sustaining a fruitful career. What began as a sense of pride from creating a song gradually began to change once the singer started frequenting the stage. “When I got out and started to perform and see people’s reactions to the songs and how much the songs meant to them, things shifted. I started seeing this profound healing in music. Now I am very conscious of that, so when I’m writing songs I’m thinking, ‘How can I uplift people and their spirit? How can give people more memories?’ I think once you get that it makes the whole process different. It’s not about where it goes, it’s about how you affect and touch people.” 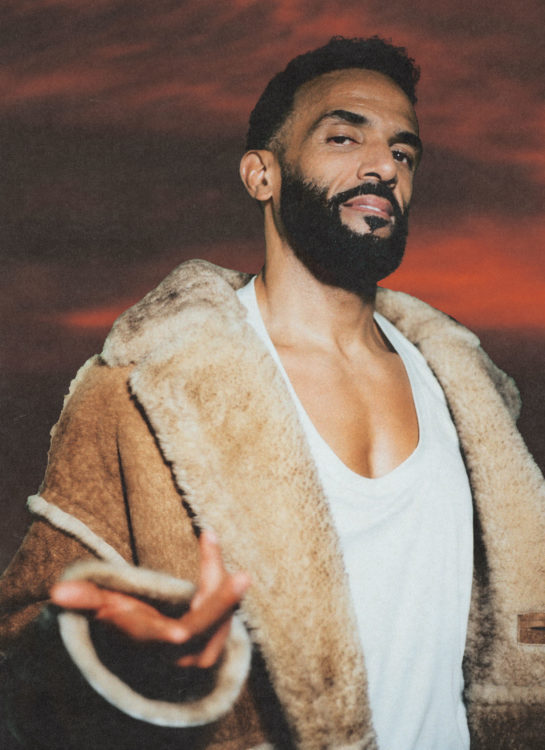 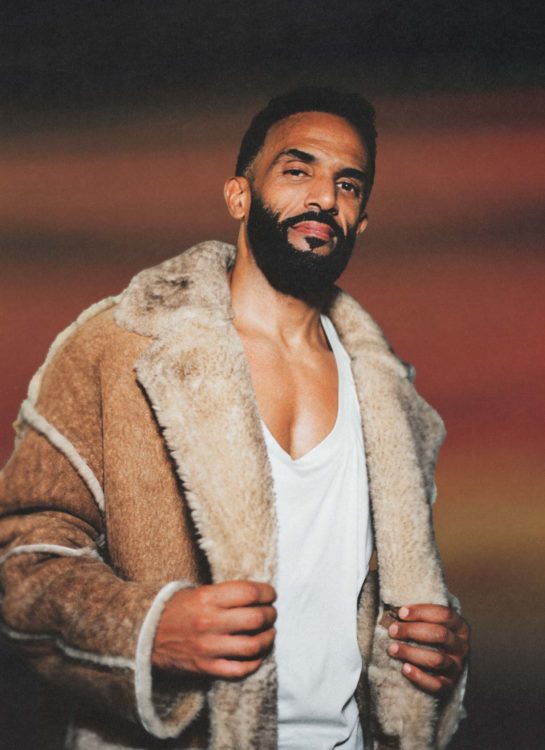 But, of course no career is without unexpected moments, and social media often creates opportunities to relive them. Recent viral clips from a newly released documentary triggered moments of reflection for R&B lovers worldwide, where it was mentioned that Ashanti’s “Foolish” was originally written for Craig David.

Rather than being filled with regret, the singer praises Ashanti’s artistry, shedding further light on that chapter of his journey. “I’d done the remix for ‘7 Days’ when Irv Gotti sent over the instrumental for what sounded to me like Notorious B.I.G.’s ‘One More Chance’ ft Faith Evans, which has the same break,” he remembers. “Big tune, one of my favourites. When he sent it to me it was really difficult for me to write something new over it. It’s like someone sending Michael Jackson’s ‘Human Nature’ and me not quite being able to do what SWV with it. When I got it, I couldn’t work any new melodies. If I had taken that instrumental and done ‘7 Days’ or whatever over it, I don’t think ‘Foolish’ would have happened. The blessing in disguise was that new melody that was done by Ashanti, and ‘Foolish’ became one of my favourite songs by her. It was a divine thing I passed on it, because ‘Foolish’ was my tune.”

Despite their ability to spark some less than comfortable conversation, social platforms remain a positive outlet for this seasoned artist who takes pride in his ability to adapt to the fluidity of its changes. While you’re unlikely to catch him dancing on TikTok, Craig David remains cognisant of its value within the wider musical landscape.

“It’s being able to have enough of the stability of what works for you whilst recognising that the world is moving on,” he muses. “We had tangible things with CDs and vinyl. It then moved into a realm where you don’t own the thing. I think it’s about just rolling with that. When I worked with KSI, it was an amazing learning curve for me to see how he approached his music. He had the same sensibilities when it came to creating the song, but the way he had his YouTube thing locked down and the reaction video to the song, I was like whoa. This snippet stuff was all very new to me. So I am learning a lot.” 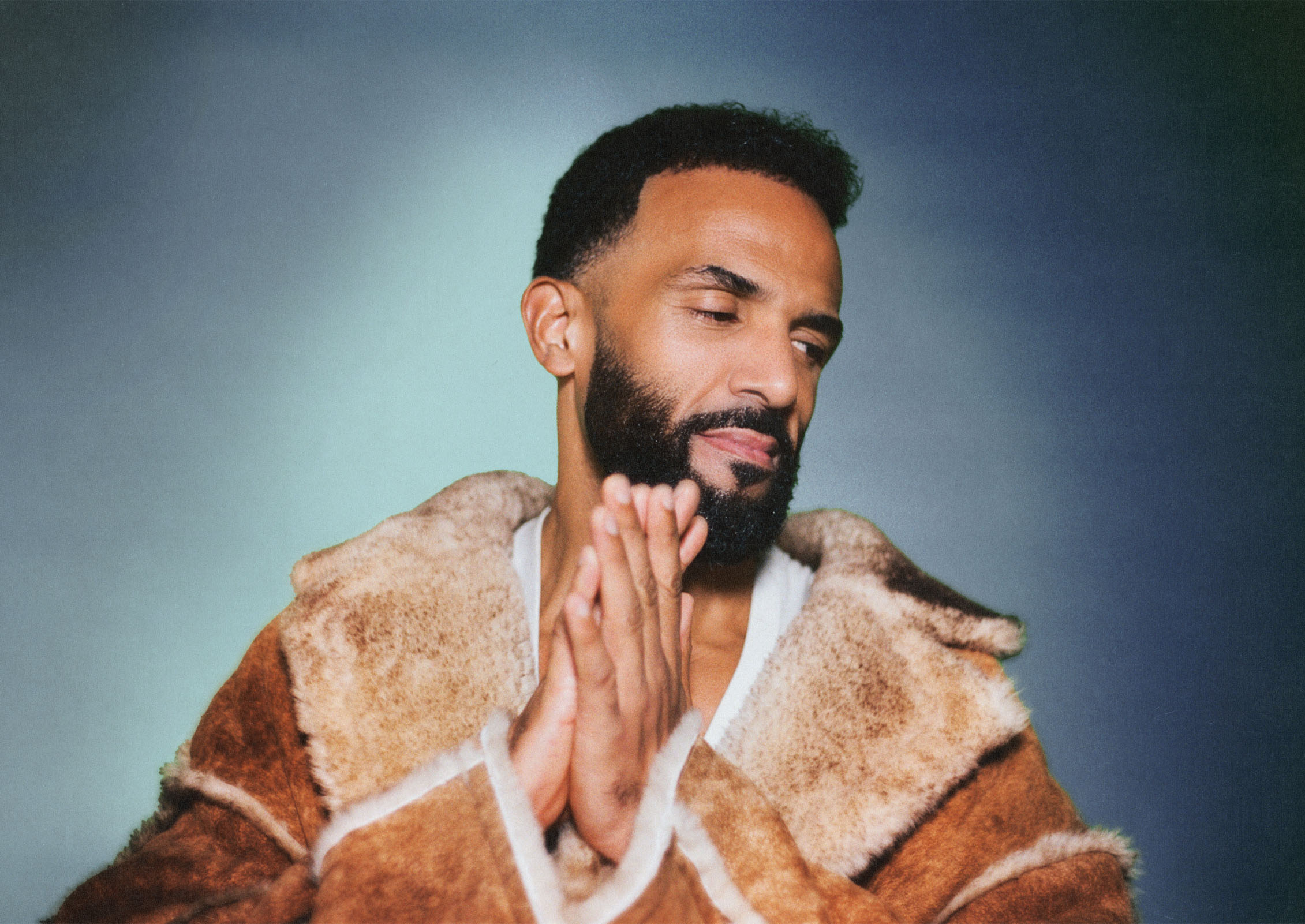 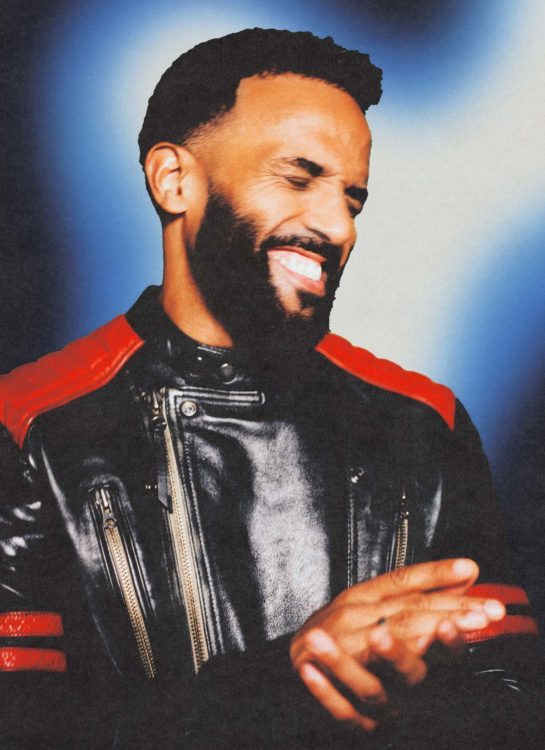 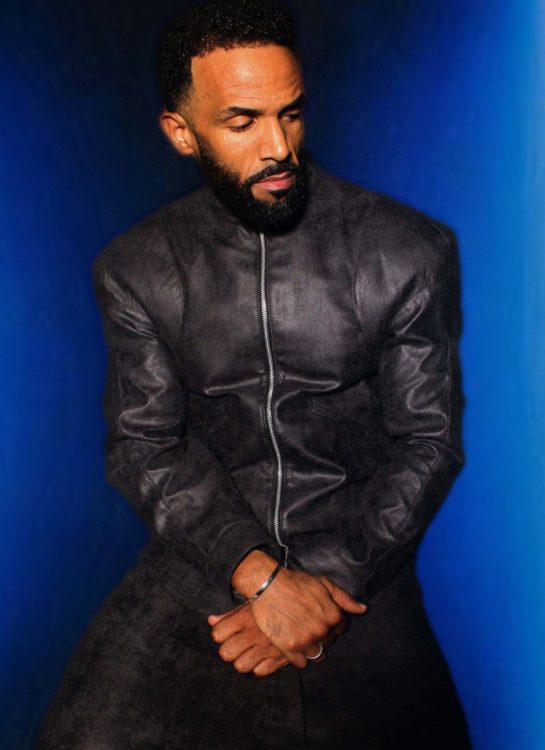 This sense of development continues outside of the studio, with a crucial focus being embracing a new idea of what it means to walk in masculine energy. “I feel that as a man I can talk on things that men maybe had previously found it quite vulnerable to talk about. We can talk about depression and mental health, and forget those words ‘man up’ and all those old school, nonsensical things that have caused most of the suicide rates in the world,” he says. “It’s actually using what would be put under the carpet and going into our emotions. That is something I feel I am really conscious of. If I have a foundation and a following – how can I be of service in some way that inspires one other person to talk about things or to get help? That for me means a lot”.

Wanting the spirit of his latest album, 22, to mirror his personal growth, Craig has clear hopes for its key takeaways, “I want the album to take you out of whatever you may be going through in your life and place you in beautiful surroundings where you can breathe, feel the music, and process things that may inspire you,” he states, setting his intentions for the record. “I want it to be a body of work where you go away and just get that lift of a good feeling off the back of it. I think if I’ve achieved that, then this is a beautiful thing”. 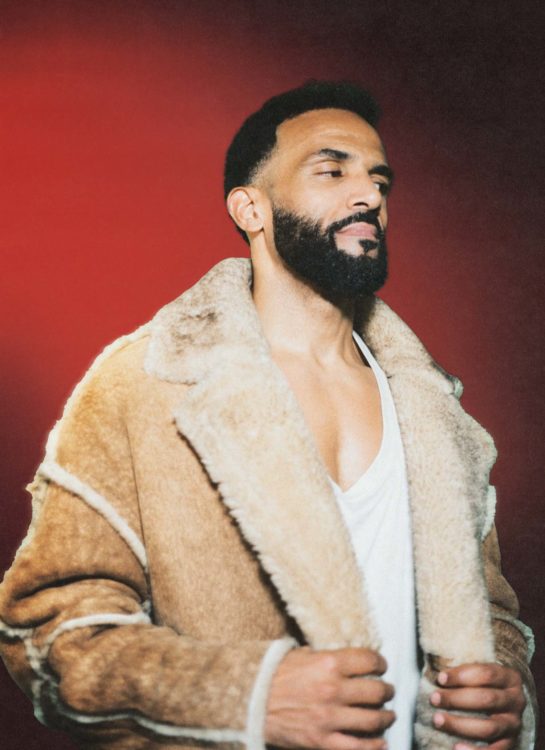 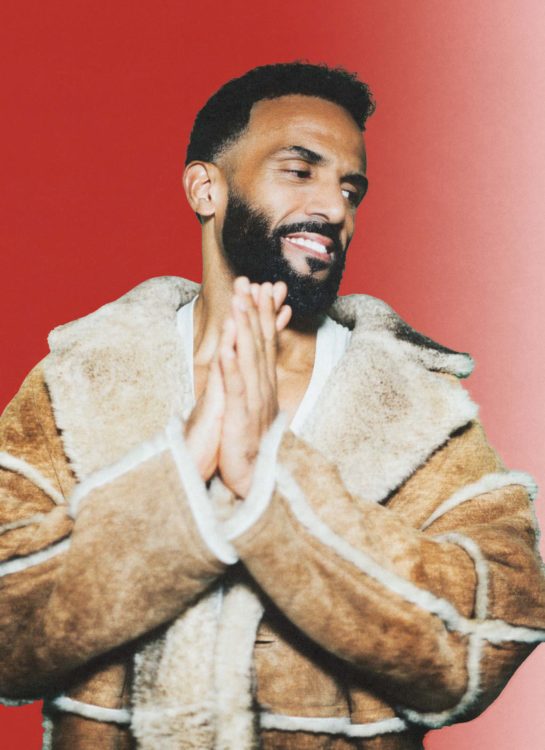