We’ve all had our fair share of awful first dates and woeful one night stands. Sometimes it’s cool to chat about it with friends, but more often than not we’re left feeling like we’re the only ones who are S.O.O.L in the love department. Will anyone ever experience anything as dreadful as I have? Odds are, they have. Among the dating disadvantaged are Disaster Zine creators Tori West and Josh Cook, who are full of countless laughable dating disasters, so much so they’ve made two publications full of them. Writer West and illustrator Cook first joined heads in Bristol, and after innumerable “bitching” sessions of “terrible dates” and “shitty relationships”, the pair decided to create visual representations of their darkest romantic catastrophes.

Following the success of their sold out first issue of Disaster Zine, the duo decided to document further tales into a second issue. With West’s alluring narrative paired with Cook’s marginally creepy caricatures, both of their unique, and admittedly deepest and darkest, stories were printed for all to see. Notion was lucky enough to have a chat with West & Cook, talkin’ Disaster Zine’s conception, response, and future.

Read the full interview below. 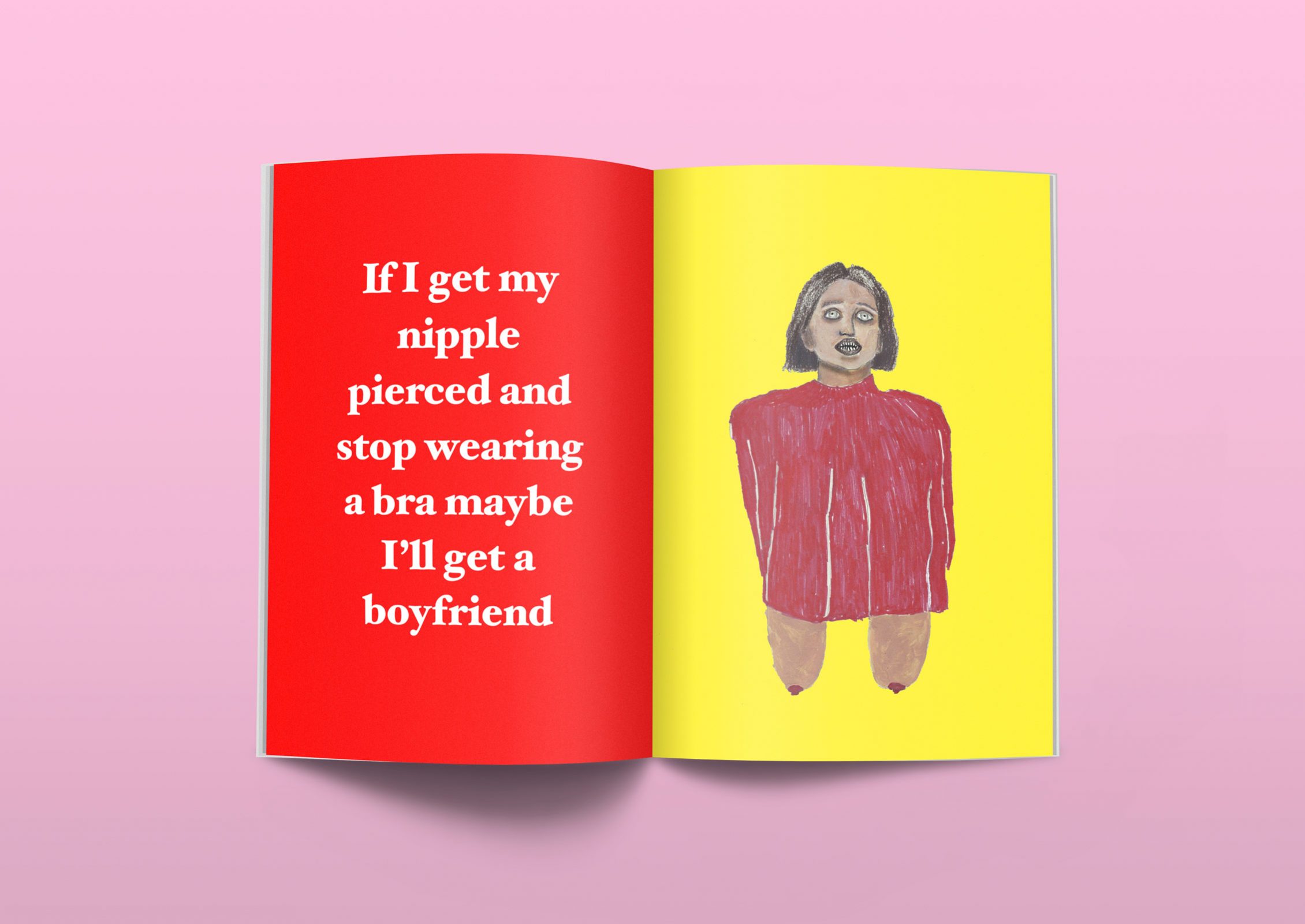 Notion: What inspired you to create Disaster Zine? Was there a particular event that happened, or just a heap of piled up dating woes?

Josh Cook: Well, we would always share these types of stories with our friends and just laugh about them. Before we started the first issue, we did have a good pile of outrageous ones.
Tori West: My friends always took the piss out of my disastrous experiences when it came to dating. Then I started seeing this one guy who was known for being notoriously shitty and all of them warned me ‘Don’t do it, this is going to be a disaster’. That’s where the name came from, then I just collected my woes and things our mates did.

What’s both of your worst / funniest dating experiences?

West: Ugh there are so many, so many shit things have happened. I’m so bored of men pretending to not have girlfriends all the time, that’s basically been 2017. Oh, I also had a great 2-day boyfriend the other week, then I physically lost him in London cause his phone died and I got pissed off and haven’t seen him since.
Cook: Mine would probably have to be when I brought someone home with me one night and forgot my room was full of these deformed clay characters and ornaments I had made. So I had to run to my room and hide them all. But I guess it didn’t really matter as we ended up sleeping in a Pokemon duvet next to a pair of matching Pokemon curtains.

Has creating Disaster Zine acted as a way of laughter therapy to cope with tragic dating experiences?

Cook: Yeah I guess, for me personally, it helps me draw out my frustrations and anxiety. I think when we share these stories with friends and they see the outcome, a lot of them can relate. Everyone’s in the same boat I guess.
West: Creating the books help me become more honest about my feelings, so I don’t bottle things up so much and drive myself mad. I’m hoping that it will inspire other people to open up about their own insecurities, feelings, or the things that make them feel shitty. We shouldn’t be so scared to open up about how we feel or have a conversation.

Has Disaster Zine aided your dating life in any way?

Cook: Yeah I’m starting to think in my relationship whatever happens, good or bad it will always make a good drawing.
West: I’ve literally been single since we started this zine.

Where do you see the future of Disaster Zine going?

West: We’re currently working on our third issue but we want to make it more open to our audience. Since starting Disaster, I’ve had people left right and centre sending me their woes or asking me for heartbreak advice. To be honest, my advice is so rubbish, hence why my dating life is a fucking mess but I try and make everyone laugh about it.  So we want people to write in their woes and worries, then we respond back like an agony aunt with some shit advice and a drawing.

How’s the response been to your project?

Cook: A mixture really, mainly people relate to it; either the drawings or the text. Even if they don’t relate to them, I’d like to think they still enjoy laughing at us in the good or bad way.

You both obviously make a great team, would you ever consider creating another zine, and if so, what would the topic be?

Cook: Yeah definitely! I think Tori is a great person to collaborate with. We are both quite laid back and our ideas bounce off each other. I think we both know exactly what the other person wants. I’m not sure what the next topic could be, but we are open-minded about things. I’m sure whatever the subject is we could both find the humour in it.
West: I’ve never actually thought about what the project would be, but we are planning to start something else up. We’re just brainstorming some ideas at the moment and taking things as they come. 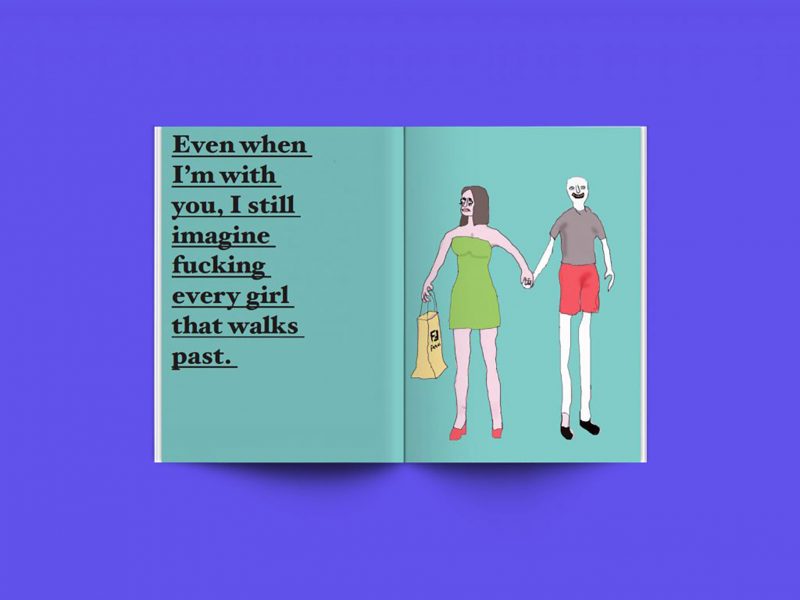 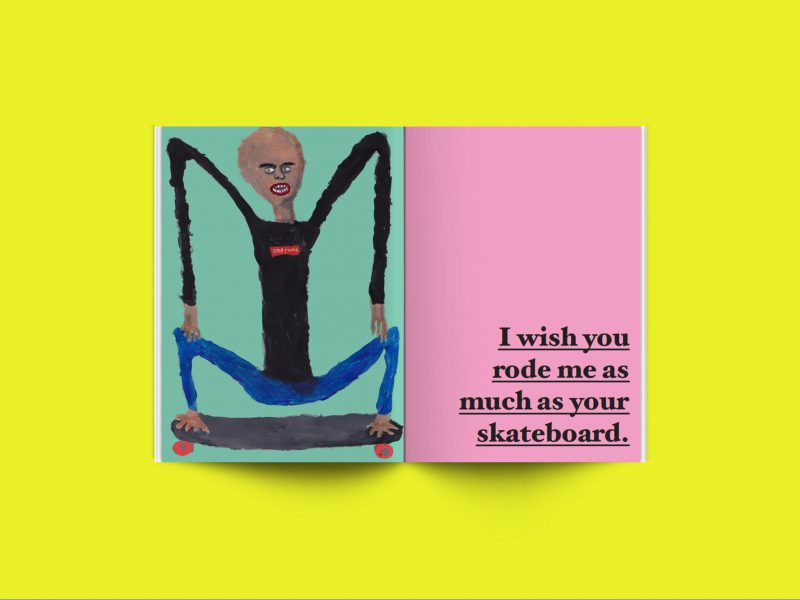 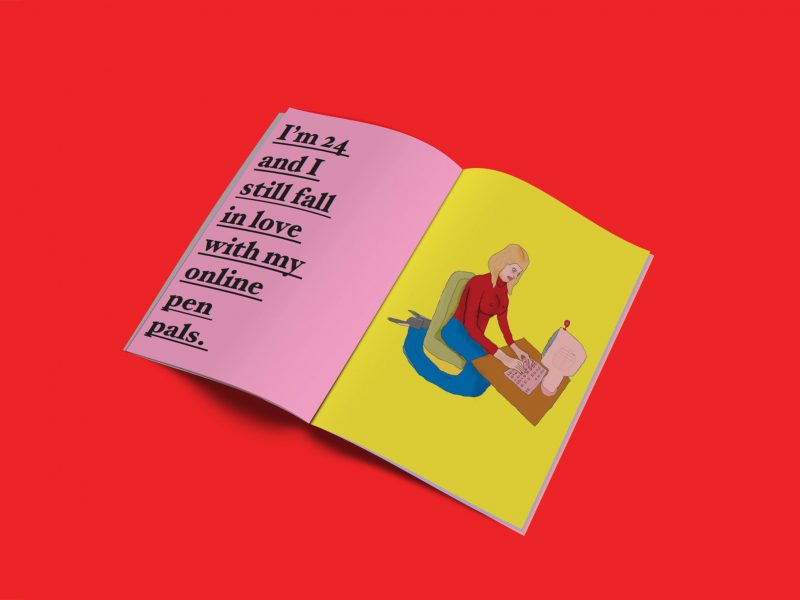