Dive Deep with T.J. Atoms, the Newcomer Living by His Manifestations

Unique in his own right, eclectic by the definition, a star by willpower - T.J. Atoms encapsulates these words and more. However, if you ask him, the answer would be a renaissance man destined for greatness.

A natural to the game, T.J. Atoms has proven he’s well on his way. Instilled in him are a tremendous amount of talent and an unshakeable belief in himself. A sense of pride that exudes in the most polite ways, that informs and absorbs the world around him. A heart of gratitude that is to be felt by anyone under the sound of his voice.

The rising star’s major role portraying the life of the iconic Ol’ Dirty Bastard on Hulu’s Wu-Tang: An American Saga series stands as his big break. Now in position, Atoms plays his cards to align himself creatively in music, fashion, and film as a major figure – a lifestyle he was ready for since day one

Having lived his life with the mindset that he would be exactly who and where he is today his knowledge of himself informs the rest of his life. It would be only a matter of time before the world caught on. “That’s what we teach a lot in the Wu-Tang, but I was really on that before the show. I think it’s important for black men to have knowledge of self and know who you are. I know who I am and I walk in my truth.” 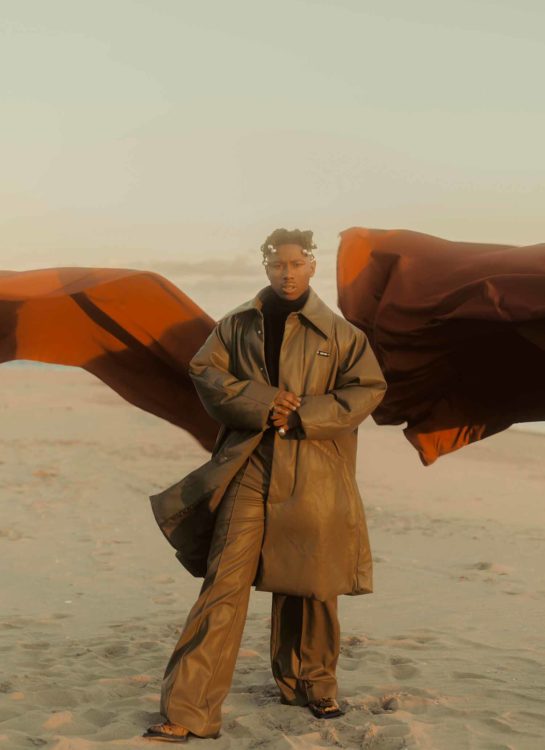 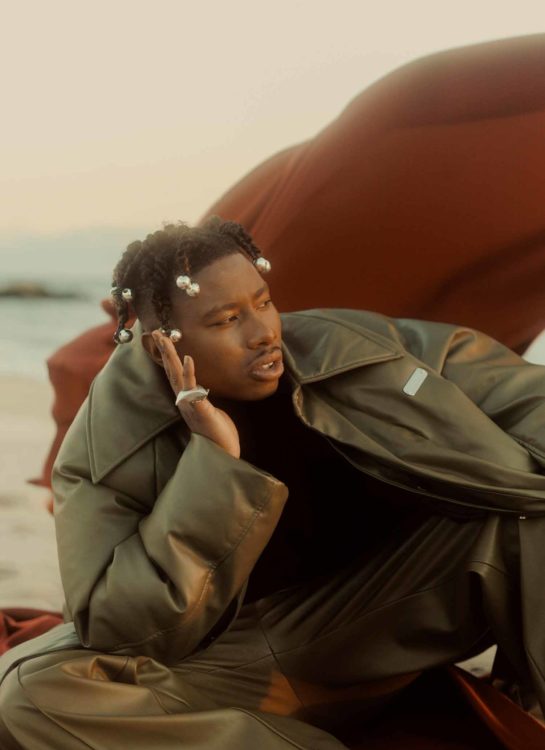 Before his break into the mainstream as an actor and so much more, Atoms was in his hometown of North Philadelphia, claiming the man he is today as who he’s always been. “I always felt like I was somebody my whole life in my own world,” he expressed. “My truth is still the same.” His tunnel-like vision has propelled him forward, the idea that something bigger and greater than himself exists has been his driving factor. “I feel like I’m here for a greater cause, I’m here to enlighten a lot of people,” he says. Further explaining the depths of who he is, the switch from “Adams” his last name to “Atoms” was an energy shift. “It’s like a frequency, energy. Once I figured that out, I was like, yo, I got to be from some divine purpose and that kept me on my grind.”

A man for the people, but also a man of his own, Atoms walks his path. Liberating himself from things, people, names and so on that tie him to a lower frequency, he is essentially reborn. “I feel like it was divine for me to change my name,” which he claims was the beginning of his rise, the actor, artist, and beyond, the TJ Atoms we are all witnessing.

“I just want my art to reflect who I am in the moment. That’s all I’m trying to do,” he says. “To give my best example of how I’m living or how I’m feeling and just motivate and be an inspiration. We only got one life, and life too short to not go as hard as you can, that’s my whole message.” 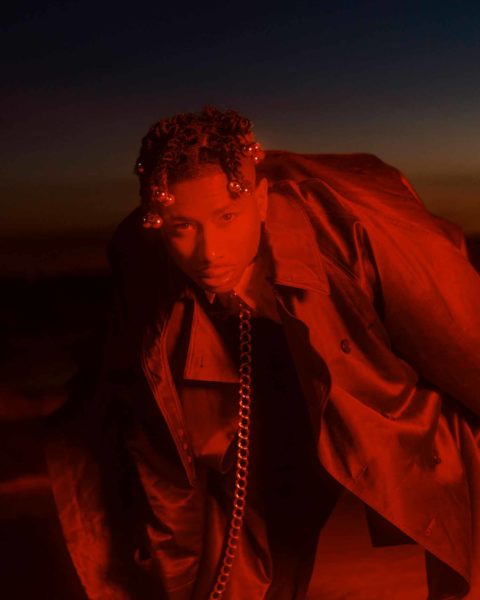 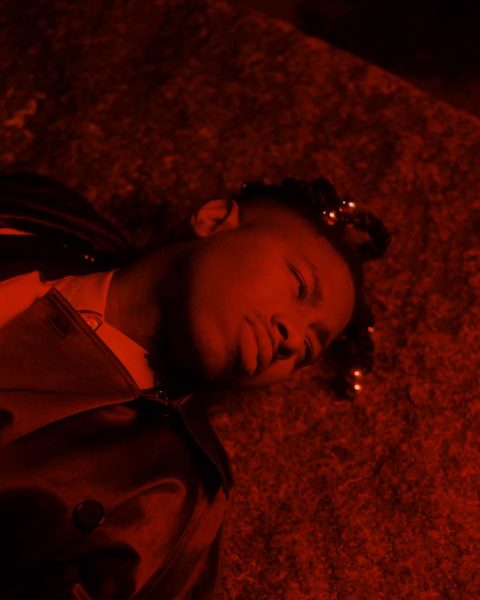 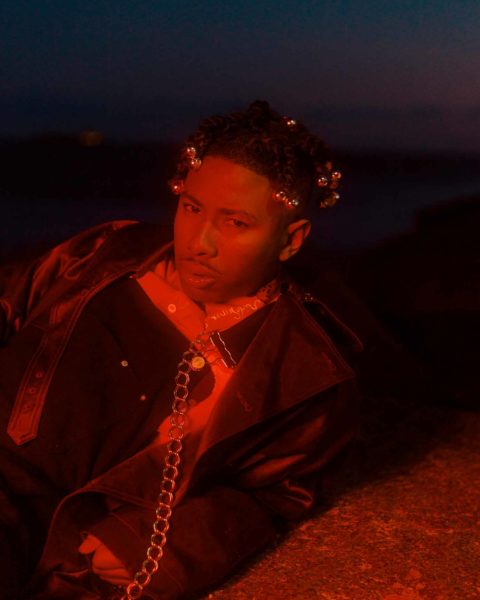 With so much going on, the easiest thing for him has been to be himself. It’s the fact that Atoms lives in his moment that allows him to fluidly flow from one project to the next. “I’m just a super creative so if I wasn’t doing all of this I would just be super bored. I like doing music, I like acting, I like designing clothes, directing movies – there are a lot of things on the way.” With each feeling like a further extension of his being, he meets himself time and time again in alignment.

His breakout role as ODB under the same scope, “I was either going to make it or break it. I feel like energetically he probably had to choose me to play him.”

“It’s one of the classic roles, just like it did way more than I expected to do. To receive all these reviews, I don’t even know how I did that,” he laughed. “You know, I just give it to the energy man, God, the universe.”

This experience, playing a pivotal role in one of hip-hop’s most successful rap groups taught Atoms like it taught the entire Wu-tang clan, the importance of staying on your toes. “I just learned that you can’t get too comfortable. You gotta keep climbing even when you think you’ve done it all.” 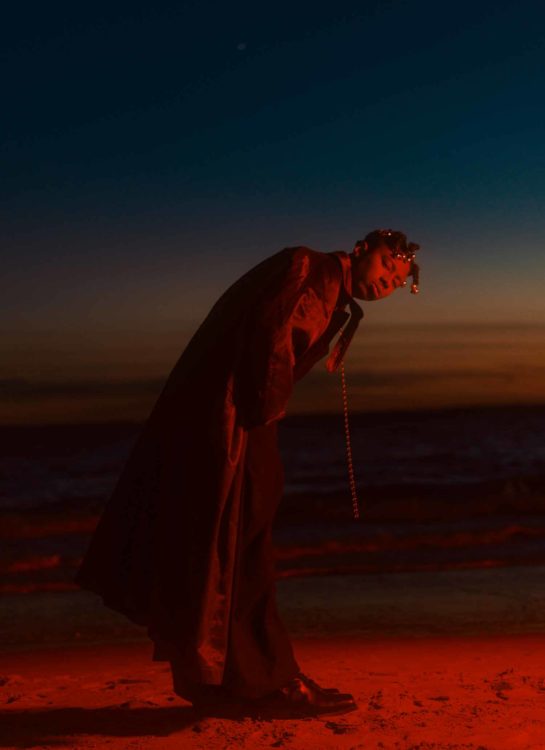 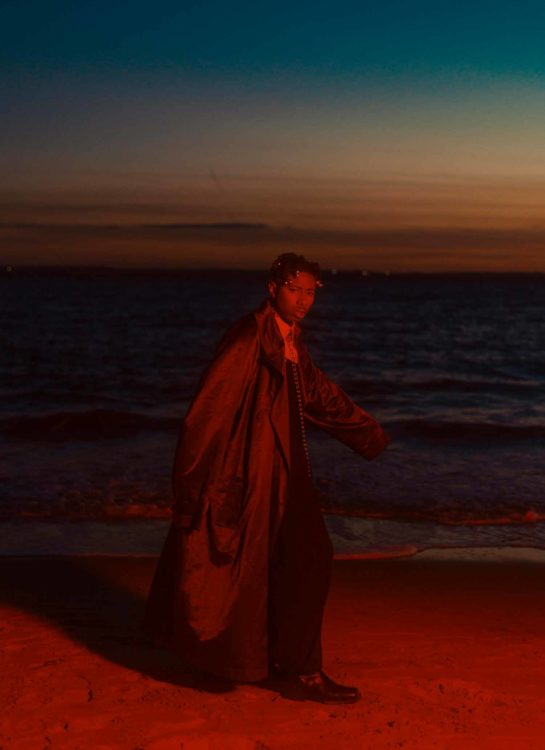 “This is a big accomplishment being on television from where I’m from, but you know I can’t never get too comfortable like, ‘oh this is it, I made it,’ – I still don’t feel like i made it.” That picture is not quite perfect, but if he had the choice, “making it” would be as simple as his family and friends being in a position to reach their dreams. “Financial freedom, being able to build communities, that’s making it.”

Nevertheless, the journey he’s on is still a great one. To have been “outside” to then being on TV. It’s learning that he’s still in the very beginning but so far ahead. “It’s manifestation at it’s finest.”

A believer in abundant living, in living in the moment, each form of artistry he’s tapped into today is a result of upbeat energy. Music came about from playing around, finding sounds and elements that felt like him. With acting his biggest role yet, a supernatural connection that he can barely describe. Creatively, he’s just exploring the world while interacting with what feels right at the moment. 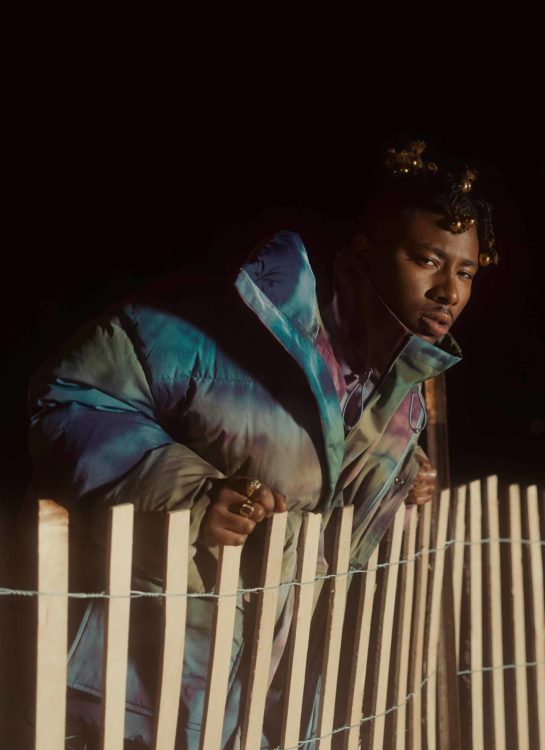 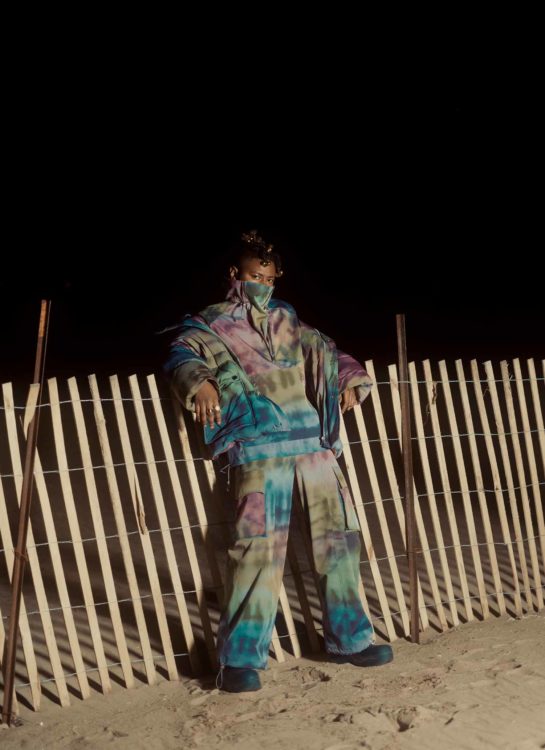 “You gotta be yourself before you get to where you want to go. I was me up and down and I’ve changed, but for the better,” he says of his heart posture. Still playful, still full of laughter and joy, it’s one thing he doesn’t play about and that’s his words and belief in self. Never to be tongue-tied by improper manifestations, he’s careful with his statements and though it’s so much more to achieve, he’s made it.

Looking back on the journey, it’s not an ounce of regret in his voice. As his life unfolds, manifestations grow stronger and energy spreads, Atoms’ path is clearing and making space for his overflow. As he thinks back on a younger version of himself that spiritually knew the TJ Atoms we’re getting to know, his only words to that kid growing up in North Philly that knew he was somebody, “do whatever you did, that’s what got me here.”