There’s lots to look forward to from Charmaine. On 23rd June, the Complex Canada artist to watch will spill on her creative journey with DJ and former MTV host, Jasmine Solano, as part of First on SoundCloud’s accelerator programme, hosted on Clubhouse. Her debut EP, ‘Hood Avant Garde’, has gobbled up over 3 million streams, a testament to her sumptuous rap sound.

The Zimbabwe-born artist flew to the US, before eventually landing in Toronto. Her musical career so far has tallied a collaboration with Girl Connected alongside Ashley Outrageous, being selected as Spotify Canada’s April RADAR artist as well as Amazon Music Canada’s Breakthrough artist.

As if that wasn’t enough, Charmaine has just dropped an opulent music video to accompany “Double Dutch”, her fourth track from her debut EP. The Spencer Edwards directed visuals see Charmaine celebrate her take on the Renaissance woman.

Charmaine has said of the experience: “[It] was amazing! I had such a blast but that’s normal for us, it’s always a vibe on set! I want them to understand that the only competition they have in life is themselves and you should always do your best to outdo yourself.”

Keep your ears peeled for more from the rap prodigy in 2021.

Watch the video for "Double Dutch" below: 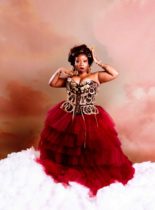 Charmaine Makes Her Mark As A Bop Connoisseur 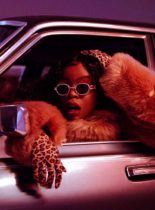 Zimbabwean-Canadian artist, Charmaine, is bringing her A-game and is pulling no punches on her addictive new single "Woo!"