DJ and producer Duke Dumont exclusively selects 10Trax for Notion that are sure to get you grooving.

From London to LA, Duke Dumont has graced the shores of Ibiza, Australia, Serbia and more, for residencies and festivals from Coachella to In The Grass. The DJ-producer was born deaf and later had corrective surgery, which has had a crucial impact on his sound – far more attuned to tones and timbres.

Needing little introduction, Dumont’s tracks “Need U (100%)” “I Got U”, “Ocean Drive” and “Won’t Look Back” have seized number 1 and number 2 spots on the charts. The artist is also a two-time Grammy-nominee for “Best Dance Recording”.

The Rayners Lane native waited until 2020 to release his first album, ‘Duality’, honing his tracks to have a lasting impact. This year, he has unleashed a brand new single “Alter Ego” featuring Channel Tres as part of his ‘For Club Play Only’ series – as DJs prepare themselves for this mammoth clubbing season.

Here, Duke Dumont exclusively picks 10Trax in count down to summer. Dive in!

"Bring U Up" by Romanthony

Timeless house. This is what I love.

"Ba:sen" by In Deep We Trust

Absolute vibe - reminds me of Ibiza.

"I Have a Love" by For Those I Love

My favourite remix in a long time. For some reason reminds me of DJ'ing at The Arches in Glasgow.

"Work Me!" by Armand van Helden

Armand is a master of the craft. This record still bangs.

"What Matters" by Chris Malinchak

One of the most underrated people in dance music.

"No Going Back" by Yuno

Reminds me of summer.

"Fountain of Youth" by Farah

I love the charm and charisma of this record.

Incredible production on this record from AK Paul & Ruthven. 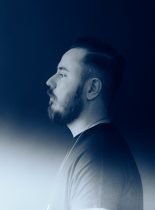 We get the one of the most charting UK producers, Duke Dumont, to curate a playlist that'll rid you of your Monday blues!