Experimental pop duo BETWEEN FRIENDS collaborate with designer Lindsay Vrckovnik to showcase her new line of unique sweaters following the release of their 'CUTie' project.

Known for their massive tunes “affection” and “iloveyou” amongst others, electronic-pop pair and sibling duo, BETWEEN FRIENDS, have returned with their latest project ‘CUTie’, which takes inspiration from nostalgic MTV and 90s Nickelodeon visuals. Formed of Brandon and Savannah Hudson, BETWEEN FRIENDS knew they wanted to make their own take on modern music television.

They said: “CUTiE, to us, is several new personalities that we have never been able to embrace until now. There’s a confidence and colour to them that feels unfamiliar and exciting. Within each song is a new persona and we wanted to translate that via characters in all of the visuals for the project. it’s almost like 90’s Nickelodeon”.

Adding to their creative arsenal, BETWEEN FRIENDS have now teamed up with their friend, the model and designer Lindsay Vrckovnik, to  showcase her line of must-have custom-made sweaters.

Shot and styled by fellow model and creative, Amalie Gassmann, the resulting editorial is just as quirky, endearing and playful as the sweaters themselves.

BETWEEN FRIENDS further explain the collaboration below and let us know what they’re up to currently. 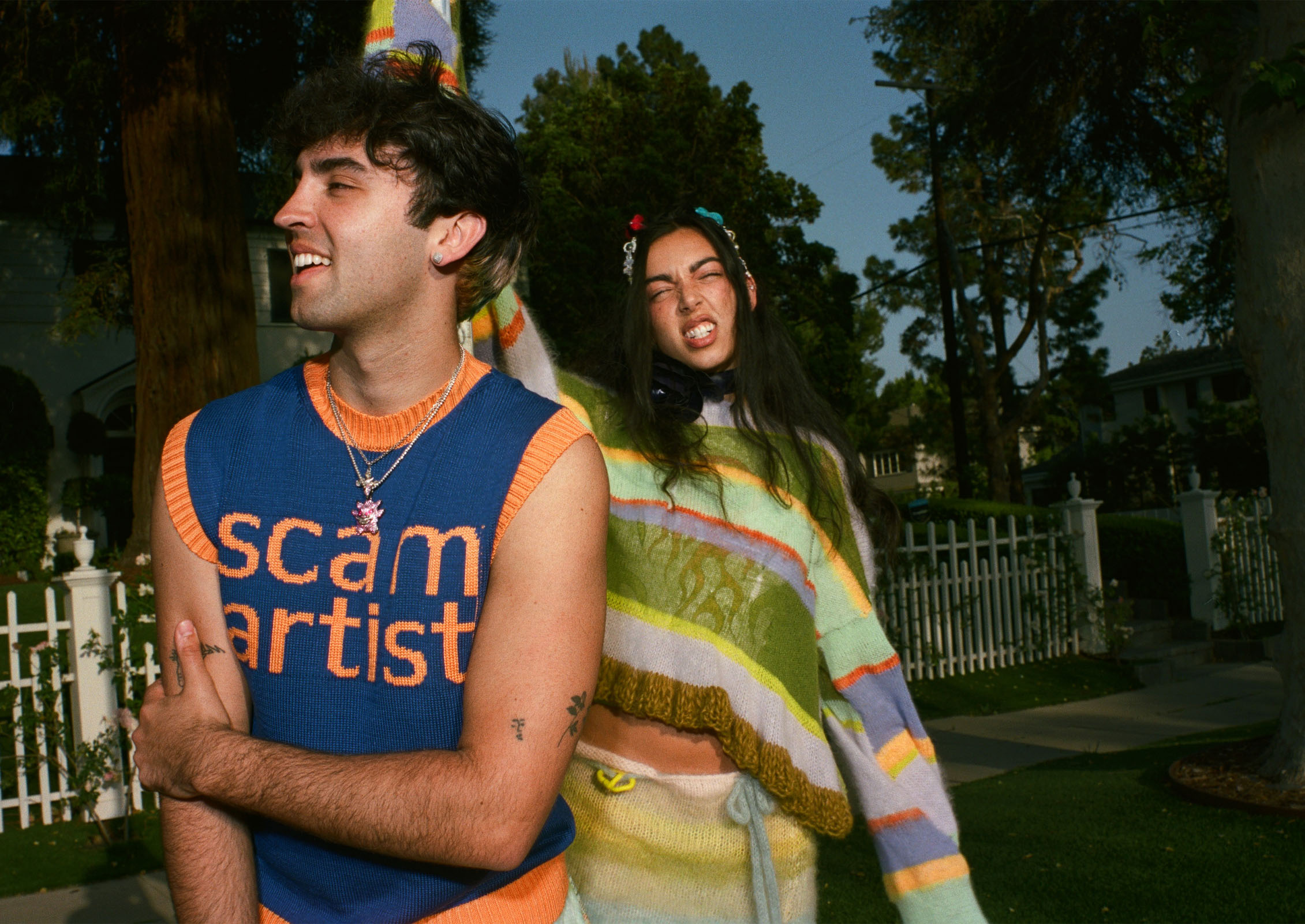 Our friend Lindsay makes her sweaters for Verconiik. Scaaaam artist was a top pick. 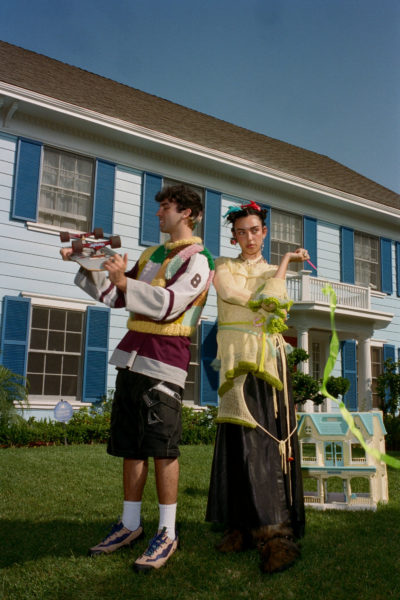 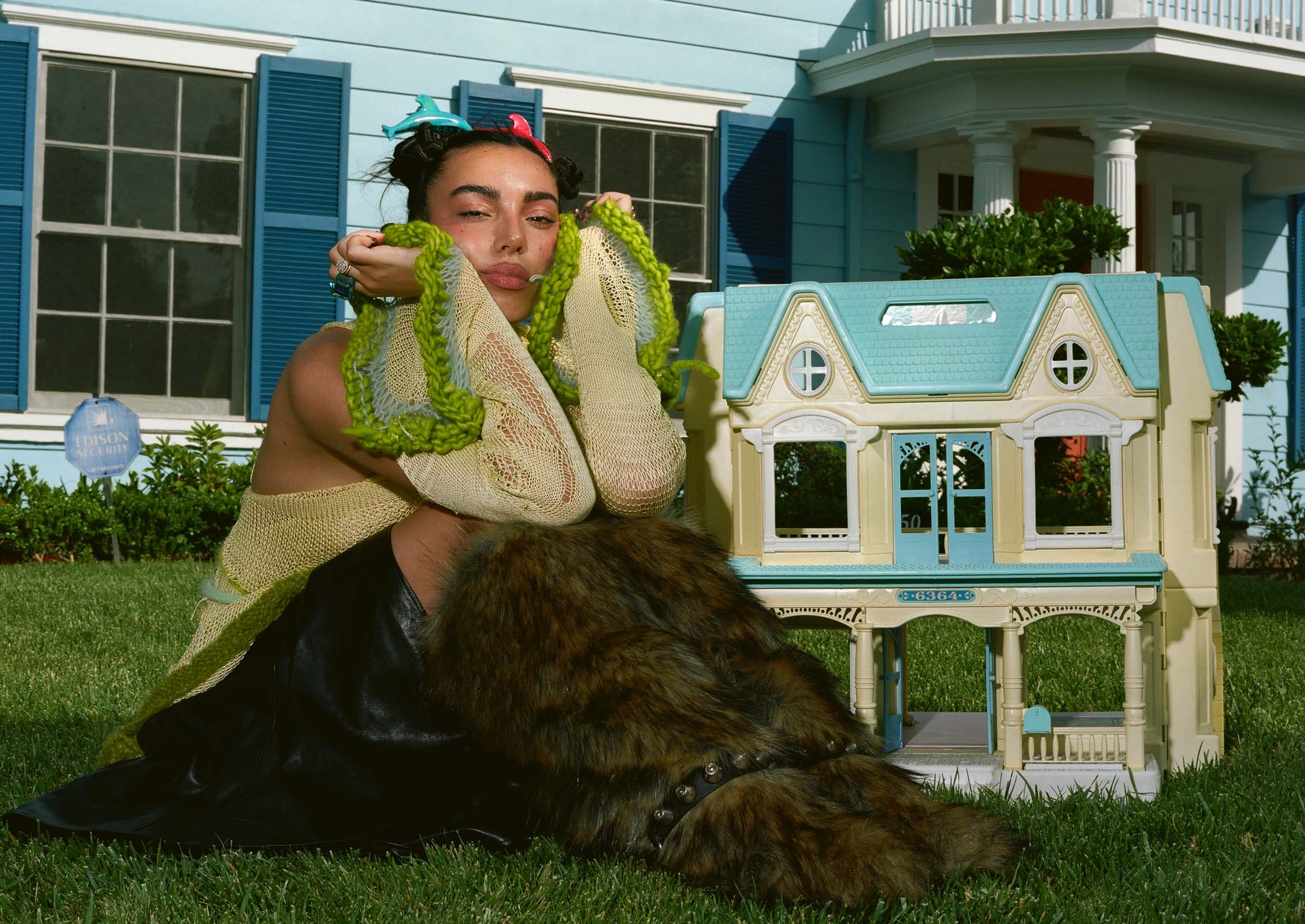 This is all about collaboration for us. Working with people we admire and building "houses" for our ideas together. 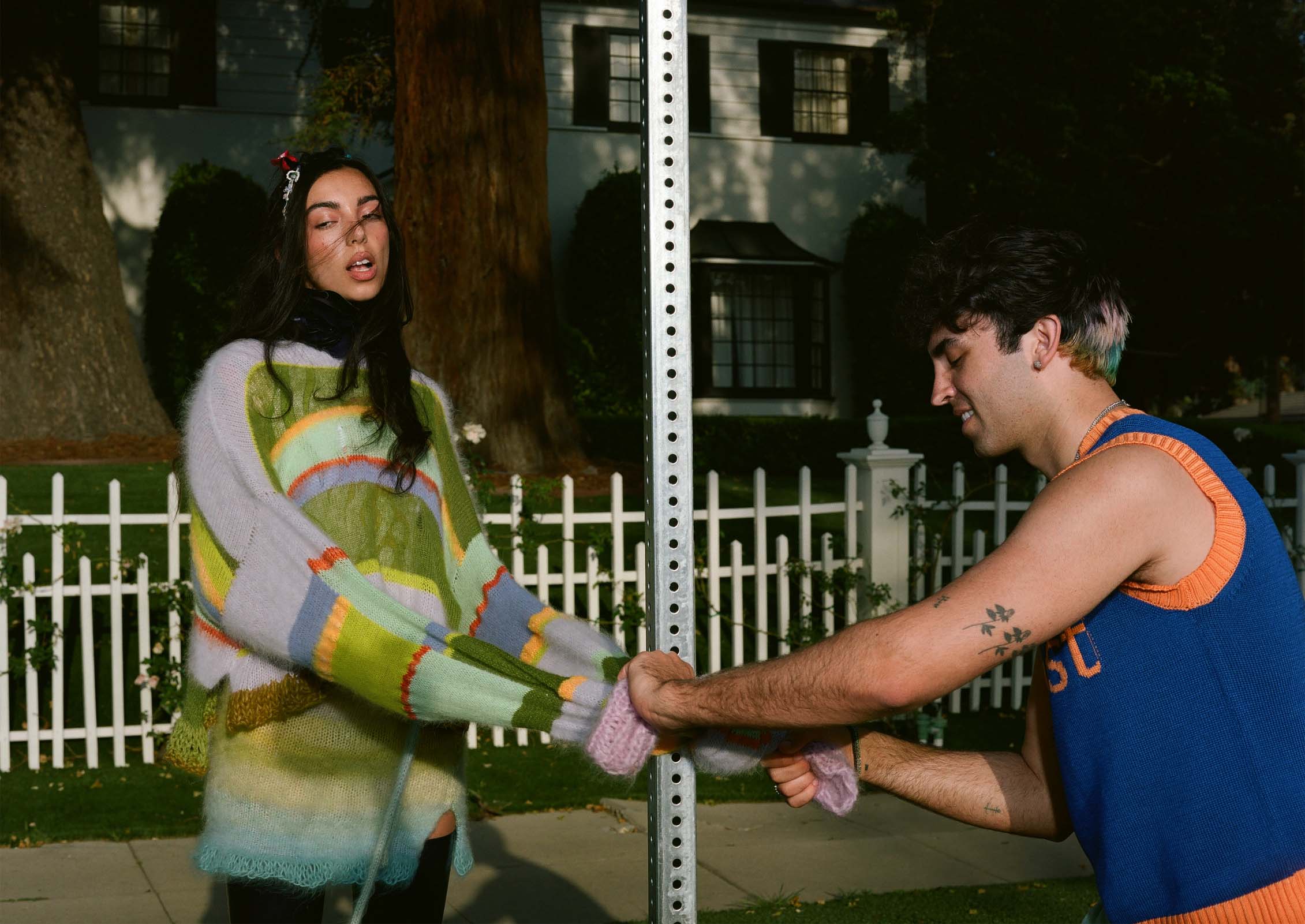 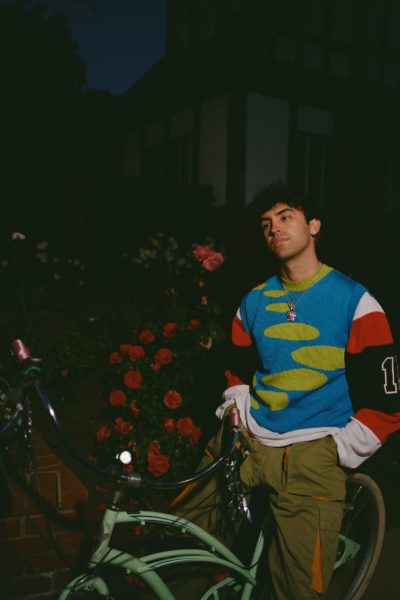 Biking is like therapy for us. We always love to incorporate that freedom into what we do. 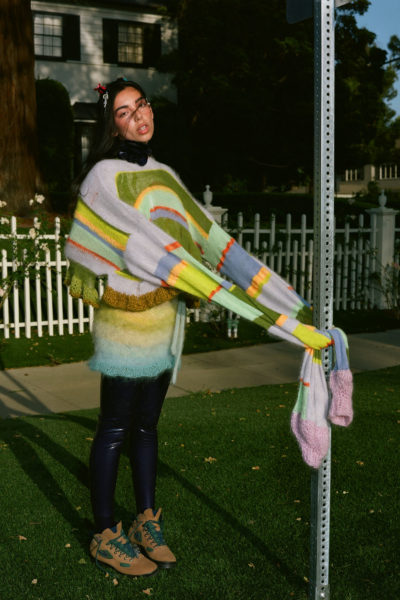 Suburbia has been an endless inspiration for us and our project. We strive to step out of the house and find something inspiring in our environment rather than seeking it. 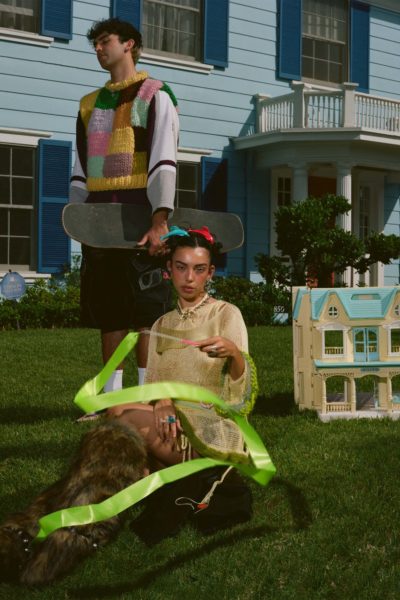 When we started BETWEEN FRIENDS, our goal was to create an umbrella that could facilitate all of our creative endeavors, music and more. 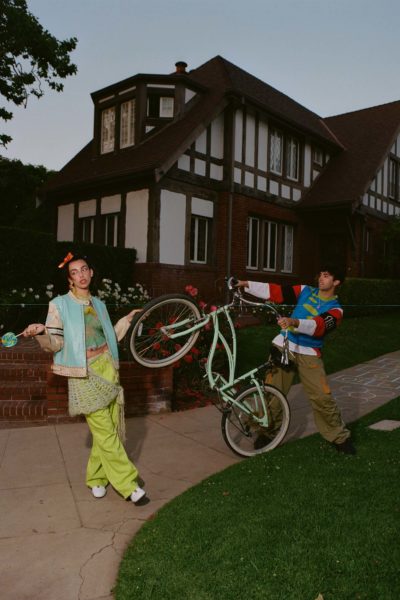 We just announced our first headline tour! We are beyond excited to finally put faces to our listeners and share an experience together. 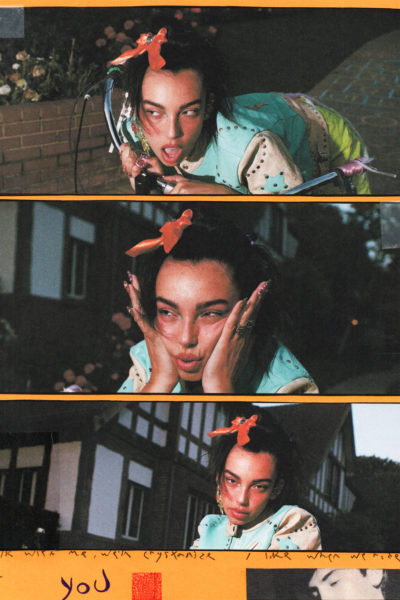 The feeling of creating is our brian fuel. It's therapy.