El Dorado Festival is returning to Eastnor Castle and celebrating its 6th anniversary in style: with a 4-day long event and headliners including the Earth, Wind & Fire Experience and Shy FX.

Set in the heart of Herefordshire, El Dorado is known as an immersive weekend dance-worthy music, impressive production, and good food. This year looks set to be no different, as after the cancellation of 2021’s event the team are readier than ever to provide a weekend you won’t forget.

On the lineup: Grammy Award winning and multi-platinum recording artist Al McKay’s creation: the Earth, Wind & Fire Experience will take over the Garden stage alongside one of electronic music’s most innovative, influential and recognisable acts, Groove Armada. Providing the smoothest liquid drum and bass, Hybrid Minds will be providing a further soundtrack to the weekend alongside the mystic mania of Shy FX. The original Reggae selector and soundclash champion David Rodigan plans to shake the venue with his Jamaican mashups, joined by the electric mastermind Skream who will be sending sonic waves with his set including  ‘Ott’s Chant’, and ‘Summer Dreams. Alongside the headliners there are plenty of returners: including Kojey Radical, Wilkinson, Horse Meat Disco, Franc Moody, SHERELLE, High Contrast, ENNY,  Ewan McVicar, Weaver Bros., Nia Archives, Riot Jazz, and many more.

Aiming to be the most sustainable El Dorado yet, the four-day camping festival is working with C-Free who are assisting in the goal of becoming net-zero in the coming years. They are also working with the Eden Forest project in order to help the local Madagascan community, and every ticket sold El Dorado will plant a Mangrove tree in Madagascar. 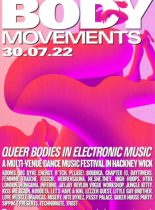 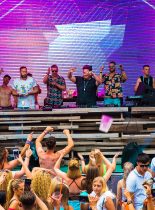 The Croatian festival announces a sizzling line-up for Summer '19.