Growing up in the Bay Area of San Francisco, Ellise was surrounded by her dad’s classic rock and her mum’s traditional Arabic music, all intertwined with her own pop influences and sights of the Y2K era. From joining her school’s choir to singing at home on her karaoke machine, it was clear that Ellise wanted to be a popstar from a very young age.

After graduating high school early in order to pursue music full time, she moved to Los Angeles as a teenager, where she spent several years honing her craft in the studio and finding her voice before beginning to work in earnest on her debut album ‘Chaotic’. Written almost entirely by Ellise herself, the record has a distinctive point of view with sounds inspired by the likes of Ariana Grande, Lorde, Dominic Fike, Lana Del Rey, Amy Winehouse, and Flo Milli.

Standout track”Bubblegum Brain” expresses Ellise’s interest in accessing the dark sides of the human experience. With an accompanying music video featuring drag superstar Shea Couleé, the track is full of lyrics about personal disaster and feeling like “everything’s on fire”.

Now, with the return of her latest single, “Feeling Something Bad…”, Ellise continues to present her music blueprint as both expertly produced pop and highly intelligent ruminations on love, loss, and what it’s like to feel flawed in a world that often demands perfection.

Notion caught up with Ellise to chat about how expressing emotion through music allows her to grow further, why presenting larger bodies of work as an artist is important, and what makes this current pop era so special. 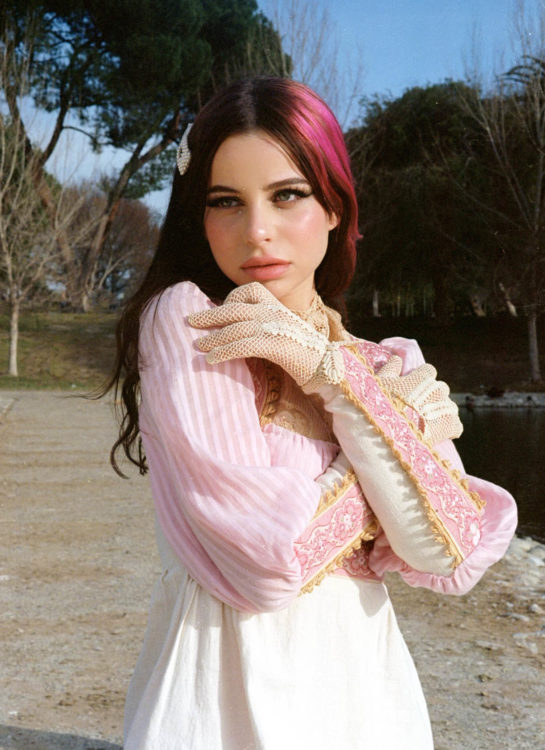 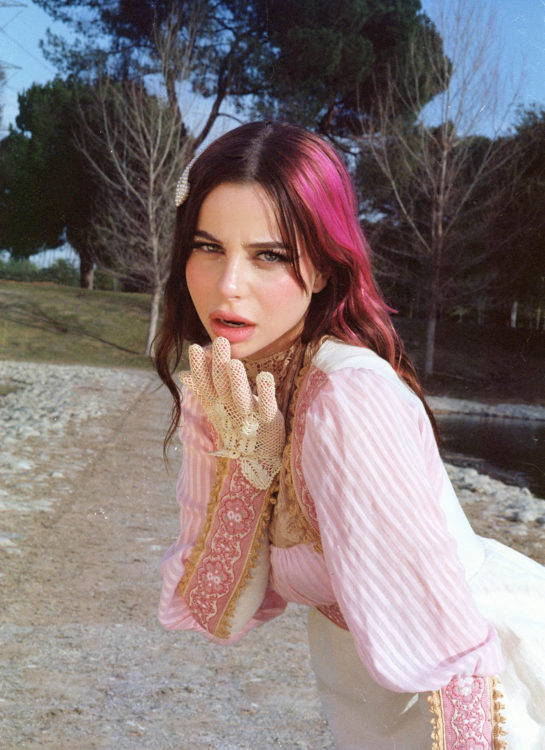 How has the last year changed you as a musician? What were you able to learn about yourself and what do you hope to take forward?

This past year has definitely forced me and other artists to get more creative. Being an introverted person naturally, I honestly found that by having so much time by myself, I’ve been able to learn a lot about myself and create evolved music because of that. It’s been an introspective time- and as so many people have, I’ve re-evaluated how I perceive myself and the world around me. I believe this has forced me to grow in ways I wouldn’t have otherwise and that has carried over into my music. With all the negatives that have been so consistent in the past year, the silver lining for me personally has 100% been opening my mind and growing up in a sense. I feel like I’ve matured a lot and stepped into the mindset of a more impartial adult, whereas before, I was letting myself get so offended by anything that hurt me and having more of a “poor me” attitude. I’m a lot stronger now and feel like my mind is wayyy more stable.

Did you have any music idols growing up? Do they still influence your music to this day?

Absolutely!! I remember the first time I heard Pure Heroine by Lorde, I think I was 14. I was in awe. It was what made me want to make my own music. I had always loved to sing and write from a young age, but the artists I got hooked on as an early teenager is what inspired me to really want to create not only music, but also an entire world that I could build continuously and live in when the real world got to be too much. All my idols growing up; Lorde, Lana Del Rey, Ariana Grande, Frank Ocean, the NBHD all seemed to have created their own universe and aesthetic that had such a transporting quality when you would listen to them and watch their videos. I fell in love and it made me start thinking about who I would be as an artist, what kind of things I would say and what type of world I would bring to life.

What are some of your earliest singing memories? Can you remember the first time you sang in front of an audience?

There’s a ton of baby videos from my pre-memory days of me singing. My mom tells me I was singing before I could talk, and I never stopped for the rest of time. When I was 6 or 7, my parents got me a karaoke machine for my birthday. I had Genie in a Bottle by Christina, Toxic and Oops I Did It Again by Britney on CD and I sang them over and over until the CD’s eventually broke. The first time I ever performed was in 4th grade. My music teacher in school noticed my vocal capability and asked me if I would perform a solo at back-to-school night. I sang Because of You by Kelly Clarkson and I’ll never forget it. I have the worst memory ever and can barely remember anything from early childhood, but this is one thing that will stick forever. It was only a crowd of about 100 parents but being on a little stage in front of a little audience was all I needed to know that was what I wanted to do for the rest of my life. It felt so natural and perfect even at 10 years old. 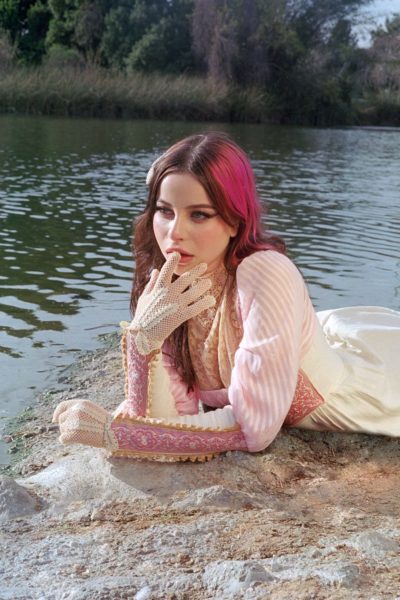 Your songs are full of very personal human experiences. Does expressing these types of emotions through music allow you to grow further as a person?

10000%. We are all flawed, we’re all imperfect, we all have toxic traits, there’s no reason to try and hide it. Most of my musical inspiration stems from my romantic relationships and feelings about myself or those around me in general, and as a huge empath and very sensitive person, I definitely have tons to write about at all times. In my upcoming album especially, I’ve really been able to get through and make sense of the past year and a half of my personal life that I would’ve never been able to otherwise. Creating a body of work that tells a story can be so healing. It might not be healing in the sense that it fixes all your problems, and the negative emotions don’t exist anymore, but more in a way of closure. I’ve said what I needed to say and it has helped me cope. I think that’s growth.

How does “Feeling Something Bad…” differ from your previous singles? What are you hoping to show with this new track?

“Feeling Something Bad…” is actually one of my absolute FAVOURITE songs I’ve ever made. I remember I was listening to Frank Ocean and the way he pitched his vocals up was so satisfying. I immediately called Micah (my album’s executive producer) and was like “OH MY GOD MICAH WE HAVE TO MAKE A SONG RIGHT NOW I HOPE YOU’RE FREE BECAUSE I’M ON MY WAY OVER.” ‘Feeling Something Bad…’ has such a unique sound, structure, and is just super out of the box for me. It was the first song I made that opened my eyes to a whole new lane of ideas, which ended up inspiring the rest of the album. I love her so much and I’m so happy the world gets to hear her now!!!

The track is from your debut album coming later this year. In a changing world of music where many artists now only release single after single, why do you think it’s still important to present larger bodies of work?

For me my album is a really precious thing. I’m an artist at heart and this project is a full story, explaining a pretty awful situation I went through romantically, the way it shaped me afterwards, and all the emotions I felt in between. I want my fans and whoever else the album reaches to be able to listen to it top to bottom and come out of it understanding the pain and the jealousy and the immense heartbreak. I also want people who have been through it to relate to it. It’s a fully encompassed memoir of one sick, toxic, drug fuelled, overly romanticised relationship to me, and it’s very important to me to get that across. I think any artist with a story to tell should tell it with a body of work. You never know who it will affect.

It’s clear you like creating interesting visuals. Who would be your dream special appearance in a music video and why is this area of your work so important to you?

I love visuals as much as I love music! When I’m creating a song, I already have the music video concept and the overall aesthetic for the specific track in my head. It’s part of the musical creation process for me. I was absolutely STOKED to have Shea Coulee guest star in the ‘Bubblegum Brain’ music video, and in the future, I’d love to work with more talented artists to help bring the vision to life! 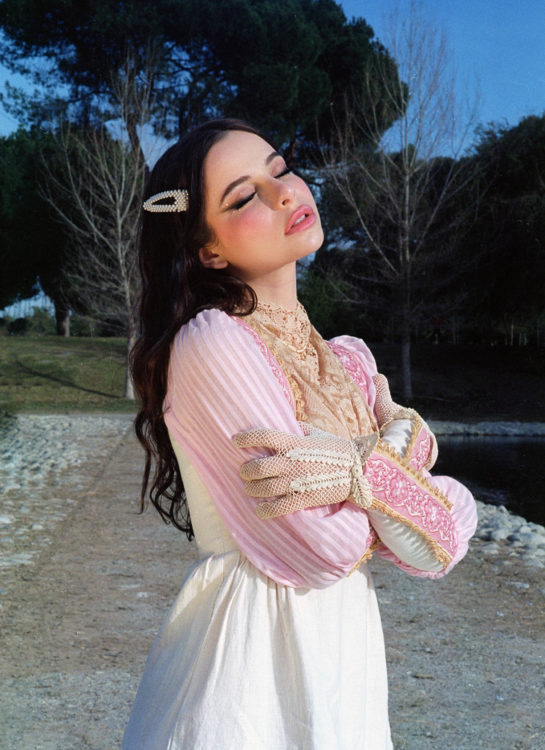 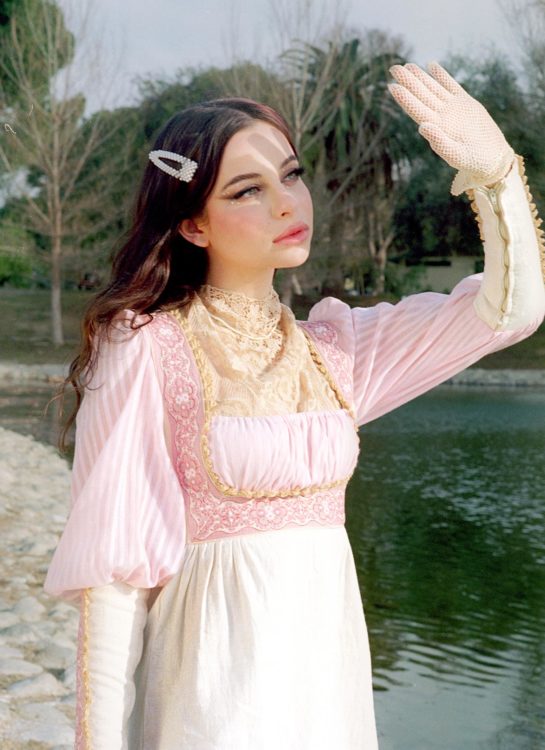 How have you been spending time away from music over the last year? Or has it been all song writing and recording?

People always tend to ask me my hobbies or interests outside of my work, and I feel kind of lame saying I don’t have many. Being an artist is a job with a million branches. You sing, you write, you create visuals, you have a whole team of people to stay connected with and stay up to date with the business side of things, you use social media actively, etc. I find that I really throw myself into all of that, but recently I’ve been learning how to skateboard!! I’ve also been watching a ton of shark movies for some reason.

Are there any musical genres, styles or concepts you’d like to experiment with in the future?

I feel like the word “genre” is becoming used less and less, and I love it. Pop is anything you want it to be now. It’s the era of experimentation and crossovers. I’d love to just keep creating, pushing myself to new boundaries and making songs that I feel are evolved from the past! That’s always my goal.

Are live performances something you’re excited to return to when it’s possible? What could newcomers expect from the perfect Ellise concert?

Yes!! I’ve actually never toured before, and I can’t wait until things can safely open back up again. The silver lining is that my team and I have a ton of time to create a perfect show, so that by the time touring comes back we’re ready to go ASAP.

Watch the music video for "Bubblegum Brain" below: