I catch up with Eloise via Zoom in a cab on her way to a celebratory dinner of one of her friend’s releases. But she has her own to anticipate. Friday 21st marked the release of “Who’s She” – a three-track single, which is part of forthcoming mini-album ‘Somewhere In-Between’.

Two years have passed since Eloise’s debut EP ‘This Thing Called Living’ was released, which she partly wrote when she was fourteen. A lot has changed since then. After touring in the three years before the pandemic, Eloise used the first lockdown to take a much-needed break outside of London. She tells me it was spent “just cooking; watching films that I’ve had on my playlist to watch for ages; reading books, and really writing this mini-album. I got to finish all the ideas I started a million years ago and put it together as a body of work. I actually loved it; it was very constructive.” 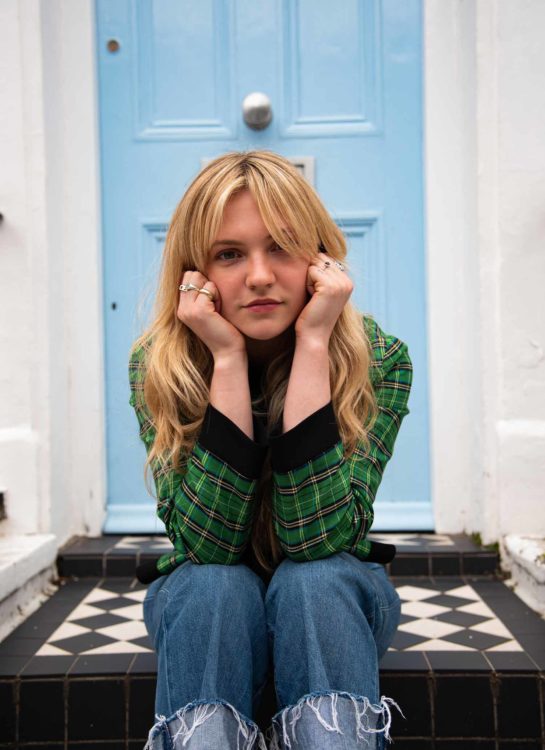 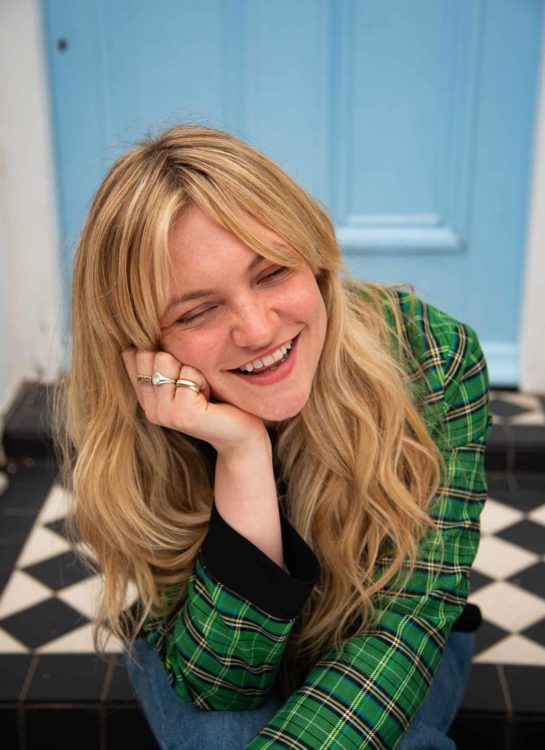 Talking about the new album’s sound, she says “There’s a lot of continuity sound-wise,” but, “I listen to a lot more musical theatre this time, a lot more folk and a lot more pop, which doesn’t translate. In comparison to ‘This Thing Called Living’, she adds “I was listening to a lot of jazz when I wrote that first EP because that’s where I come from.”

The album consists of love songs, with cotton candy harmonies. They tell the stories of broken-down romances and relationships, like melancholy lullabies. The new album was “a chance to write new stuff and put it out as new stuff, which is a whole different experience because I feel like I’m more frightened. It’s about more recent events and people who are still in my life and all that stuff so it’s a real different thing.” 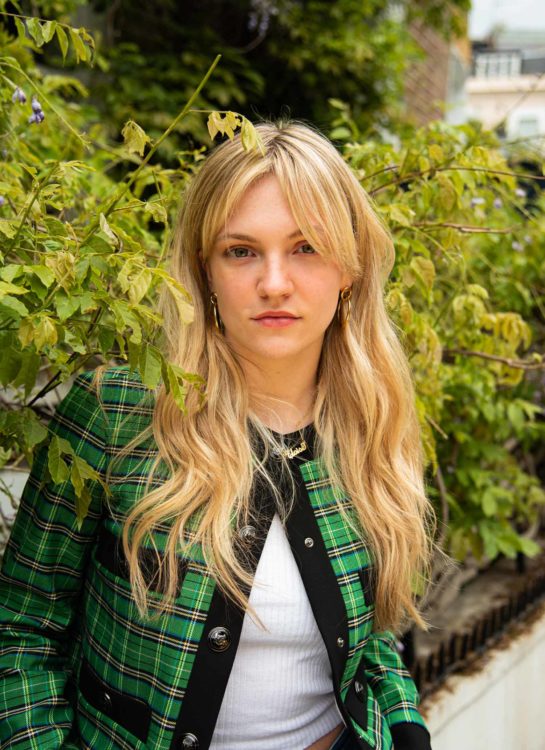 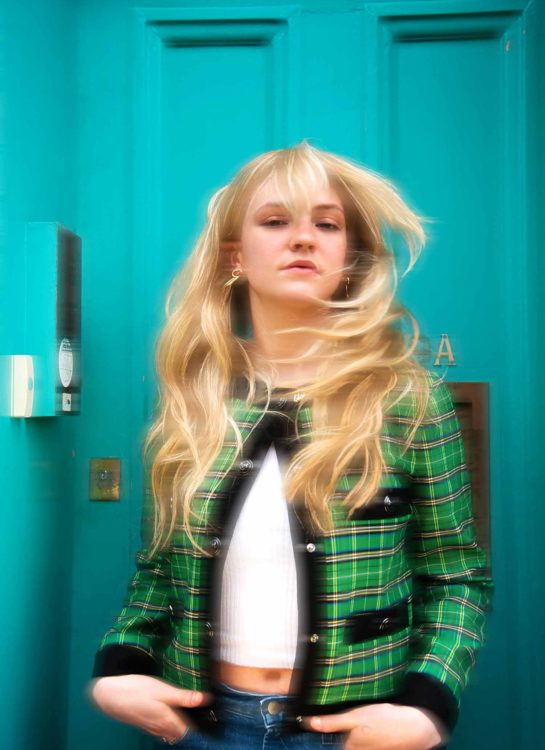 Who’s She” is the only track from the album, in which romantic love is secondary; it’s also about the breakup from an older self. In some ways, a loss of innocence. Whilst its first meaning was about missing an ex, when she hears it now, it’s about missing her mother. Despite Eloise’s growth and the shift in time since ‘This Thing Called Living’ was released, “Who’s She” seems to voice the little girl that so often exists inside of many of us, with the sound of raindrops enmeshed in the soundtrack.

She delivers this vulnerability with a voice that is effortlessly soulful. I wonder if it is difficult to be this exposed, but Eloise tells me it is time, which gives her enough perspective to write in the way she does – “the sweet spot between it being not too far for you not to relate to it anymore but not too close that it’s not too raw.” 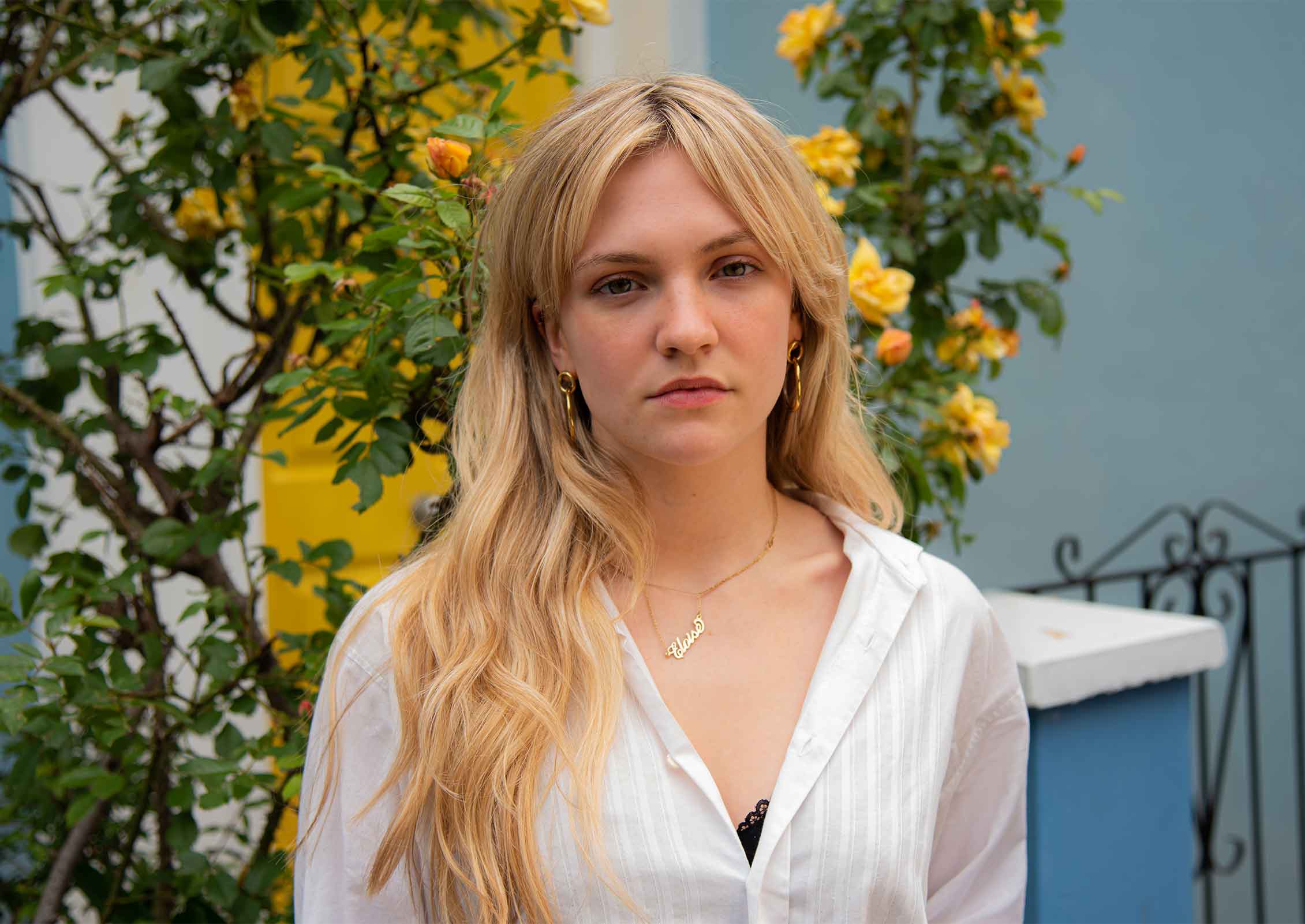 One of the lyrics in “Who’s She” – “pull me to the ground from the ceiling” refers to the “feeling of being unsettled when everything you knew to be your life, and your reality, shifts. That’s why you don’t feel grounded – because you’re floating in-between stages of your life.” Eloise had a breakup the day she went on tour. When she came back, she felt as if she had to write out the next part of her life.

“I feel my job is to write about all the ugly feelings: the things that are in-between fuck-you songs and being-in-love songs”. This stripped-back quality is replicated in the “Who’s She music video”. Directed by Nicolee Tsin, Eloise stars beside a male dancer. The two of them dance to a choreographed routine on top of a rooftop in London, in front of a sunset that casts pastel shades of pink. Like the dress she wears, things are kept to the minimum, mirroring the rawness of the track itself.

Eloise’s writing process is often a solitary activity. It is like making a diary entry, she explains. Sometimes, it involves narrating a scene in her mind’s eye, like the music video for Who’s She, which corresponds to the vision she had as soon as her fingers touched the piano – “I grew up watching all of those films like Gene Kelly and everyone dancing around in the forties and fifties so that was always my inspiration.” 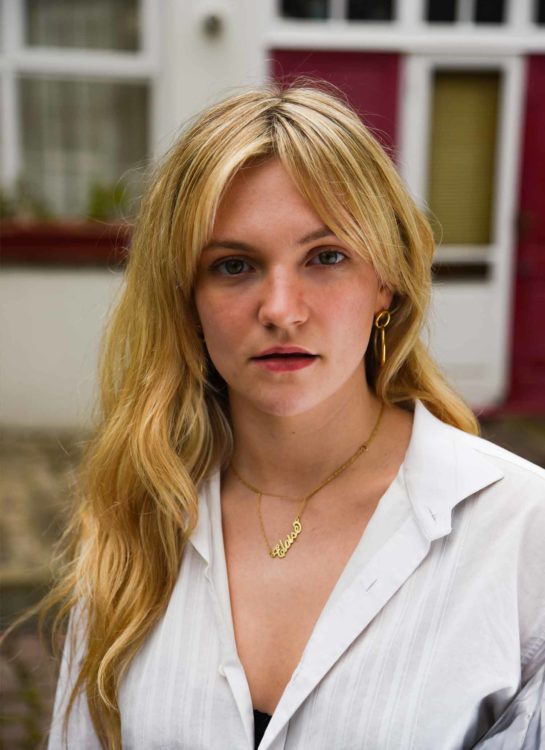 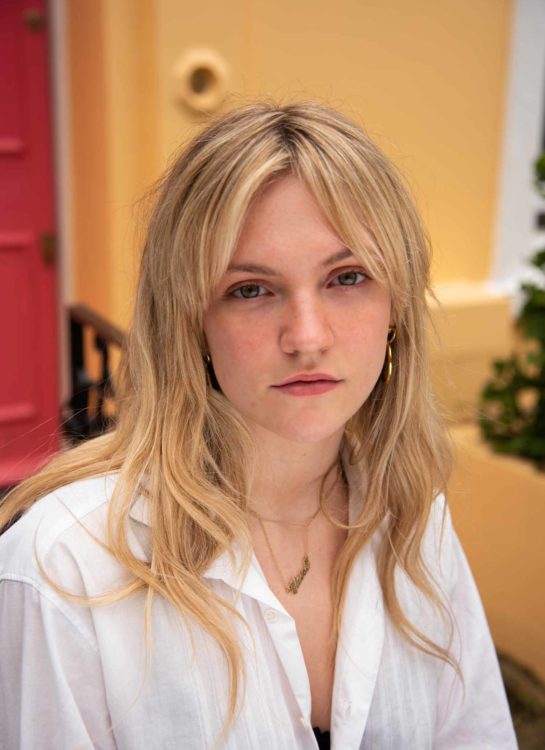 Her merchandise corresponds. Alongside eye masks in baby pink, are vinyl copies of “Hungover”. It’s a fitting listening format for this project, with the crackle that vinyl provides, it’s a nod to the Eloise’s influences. “I am influenced by things that really aren’t in my field,” Eloise shares. The unreleased track titled “Trick of the Moon” wouldn’t be out of place on a carousel music box, or as part of a film score starring Gene Kelly and Cyd Charisse.

I ask if cinematic influences go further than just visual stimulation – “That’s such a good question. A lot of what I do musically is informed by great acting performances and great script delivery.” Great cinema allows us to put ourselves in someone else’s shoes – “It’s so cathartic sometimes you’ll ask yourself – why am I finding this bit so moving? Then you go into a reflection of yourself. It’s a really wild thing.”

Of particular significance is Remains of the Day, starring Anthony Hopkins and Emma Thomspon. “It’s about the one that got away and it’s heartbreaking. It’s literally the most gut-wrenching film I’ve ever watched.” Also, “there’s a man called Stephen Sondheim who I would hold accountable for teaching me how to write lyrics. He wrote a lot of niche/naturalistic pieces in the seventies and eighties and kind of changed musical theatre.” He “informed everything I did, I’m sure if anyone listened to Stephen Sondheim, they would draw semi-parallel.” She has spent her life learning from him. 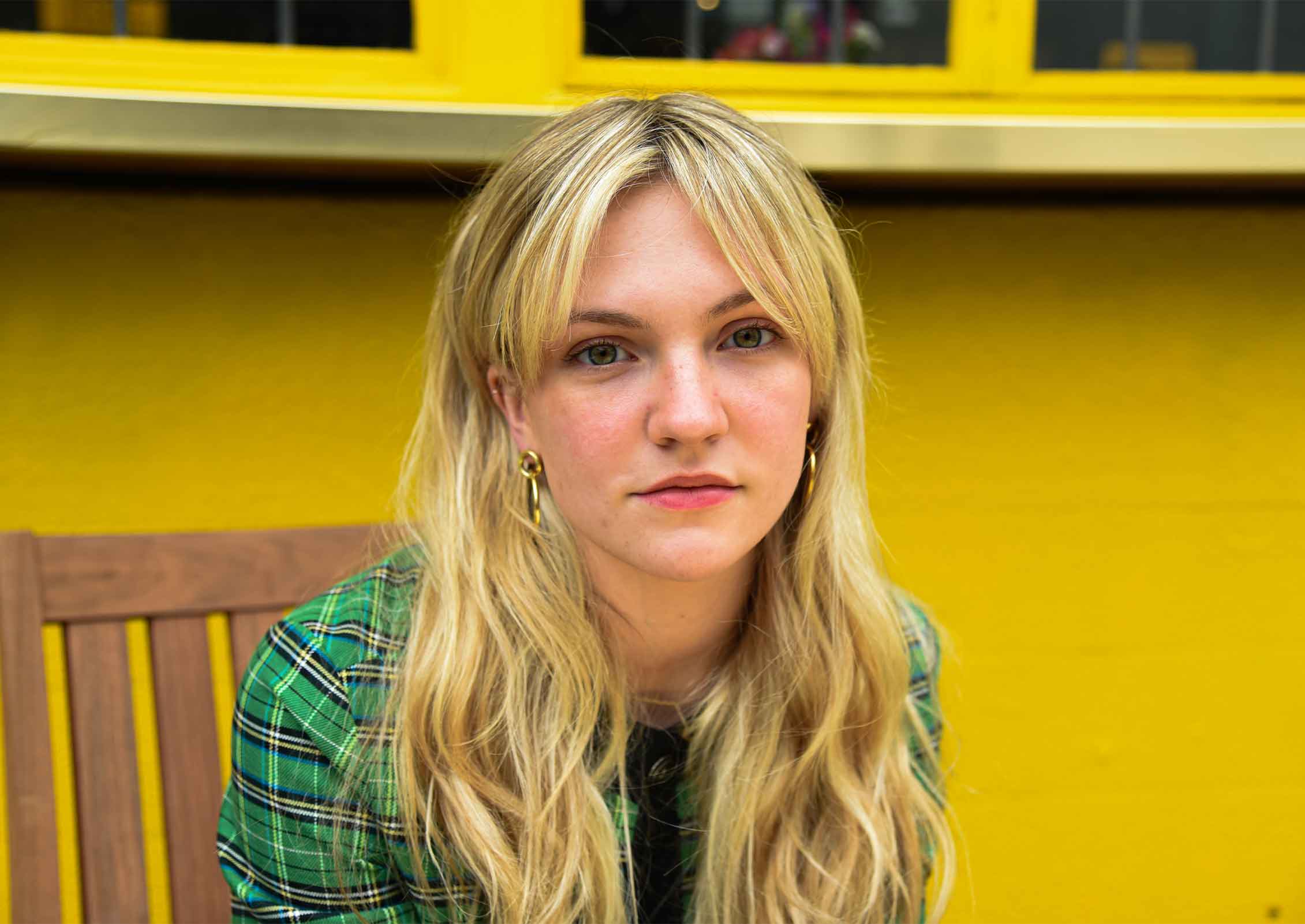 “The one goal I have had since I was little girl, that I want for little Eloise, is to write the Bond song and perform it at the Oscars. That’s so classic and glamourous.” You can see the album performed live for the first time at Eloise’s first show, which she’s playing on the 5th July at the Lafayette in London. She’ll be performing with her band as a trio, made up of herself, a bass player, and a drummer, who are two of her best friends.

On a final note, the track “Intertwined, [part of the Who’s She single] is a really accurate representation of what the album is – painful things presented in a nice-sounding way. It’s almost manipulative – lulling you into a false sense of security. Then suddenly, you’re sad. [Intertwined] represents the emotional theme – lovers who pass by and who can’t quite make it all the time but that’s okay because some loves were supposed to be felt and not to be had… you have to find yourself to know whether love is ready to be given out again. [The album] is about repair. There are all different shades of hurt, but this is about finding the optimism in it.”

Listen to Eloise's new music below: