EMINZADA: “I’ve Learned to Become Comfortable With My Extravagant Thoughts”

Azerbaijani singer-songwriter EMINZADA talks about about his new track, striving to live authentically, and practicing witchcraft in a parallel universe.

It’s not often that an artist is entrenched with a sense of authenticity that translates across the entirety of their creative output. Singer-songwriter EMINZADA is one such artist, making waves with his own brand of Azerbaijani-influenced pop that represents freedoms of art and expression, alongside his homeland’s musical culture and futurism. Now with close to half a million followers on Instagram, and plans to open a non-profit organisation, it seems the commitment to being unapologetically himself is working.

Originally from Baku City in Azerbaijan, the diversity of EMINZADA’s geographical background speaks to the variation of the artist’s current musical style. Subsequently living between Turkey and LA before making a move to London, he honed a classical background in music composition and describes living in Azerbaijan as having a large impact on his current sound.

New single “Bloodline” serves as a mission statement both for this unique sound, and the messages they hold important. Some of the artist’s most personal work so far, EMINZADA’s consistent support for the disabled LGBTQIA+ community is key, and this track touches on the struggle to live authentically, especially in relation to pressures from family members. As the lyrics outline: “Don’t try to stop me, I’m trying out my new wings, I’m flying above your head, You look so small from up here”. EMINZADA demonstrates his impressive capacity for evolution, growth and strength. Co-written by Farid Jafarli, a musician with shared Azerbaijani heritage, Jafarli’s vocal line imitates the sound of the Azerbaijani national instrument. A connection to home and culture is intertwined with a message of self-love, for a track that speaks to the power of music to unite and support to overcome emotional hurdles.

With an upcoming EP and some exciting plans in the works, EMINZADA chats about his new track, living authentically, and practicing witchcraft in a parallel universe. 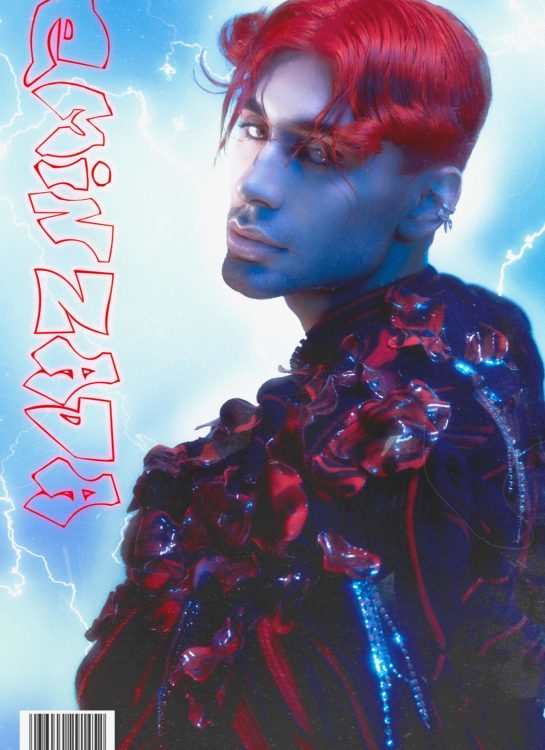 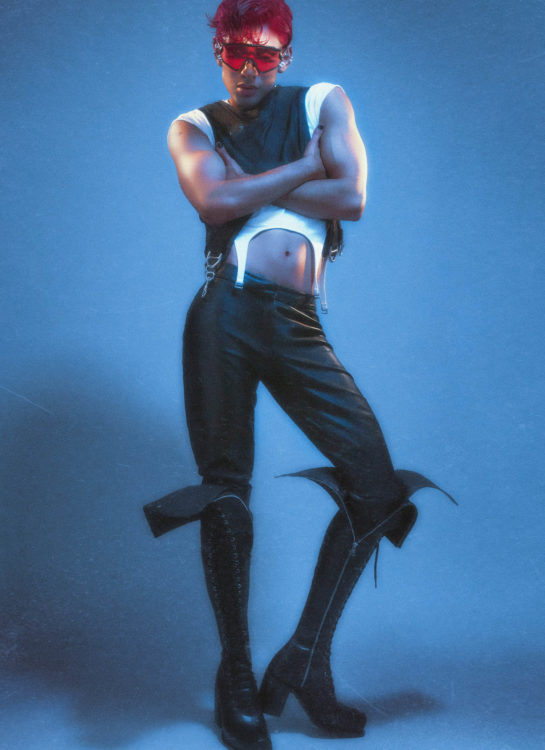 You grew up in Baku, then later moved to Turkey and the US, before making the move to London. How did your time in all of these places shape your sound?

Baku is my homeland. I was raised in this city and studied the core of classical music at an academic level and graduated with distinction from Baku Music Academy. Living in Azerbaijan has the biggest role of shaping my current musical sound. Living in Turkey taught me how the music industry and marketing works as an independent artist. I’m so happy that I had a chance to live in Istanbul. I’ve found one of my best friends there. I’ve experienced so many things that I was able to put on paper and express it through music lyrically.

Living in Los Angeles, California taught me manifesting things correctly and eventually coming back when it would be the right time. I feel like at some point I might move back to Los Angeles but not today or not next year. Living in London has changed me a lot as an artist and young adult. I found my authentic self in this city. I’ve learned to become comfortable with my extravagant thoughts

Your new single, “Bloodline” is one of your most personal songs to date, and sends a message of self-love and the desire to live authentically. Was it cathartic to make?

I would say it was a bit annoying to make a song about living your own life the way you want to live in 2022. The fact that it’s one of my biggest painful topics and I have to write a song about this is undesirable. However, I knew that there are many kids out there from various countries and cultures who can relate. Most of the time it’s a big relief and it’s cathartic to make a confession about a certain topic that affects your life substantially. You almost forget the pain it caused you. For instance, with my track “Beautiful Long Hair”, I couldn’t care less about this person currently!

What was the creation process for the song like?

It was a bit dramatic actually. I will give an honest answer without saying names. Initially, I started writing lyrics alone and since the production and my pre-composed melody lines themselves have an interesting structure I was stuck and couldn’t continue writing.  At that point, I asked one of my friends from BIMM to join us during a songwriting session. The songwriting process was so intimate with him I felt like I’m in a fairytale. However, good stuff doesn’t last long for me. This person was very unthoughtful and rude towards me during my birthday house party. I’ve decided to cancel the written chorus by him and start everything again. I’m an emotional person and I can’t stand unthoughtful people.

What advice would you give others who feel they cannot be themselves and live authentically?

Majority of the people cannot be themselves and live automatically because of their thoughts on how their social environment would react. Ultimately, that was one of my issues. Eventually, I understood that why would I stop living my life authentically just because someone is going to judge and make gossips about me for 10 or 15 minutes. My advice is: You only live once! 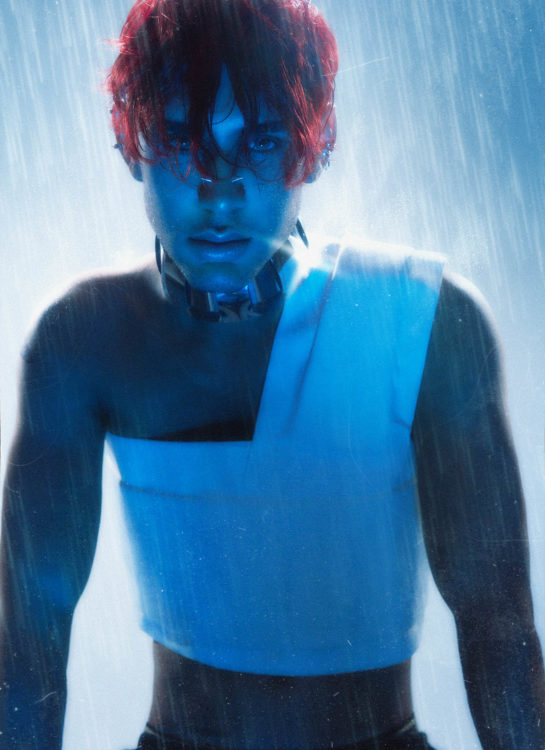 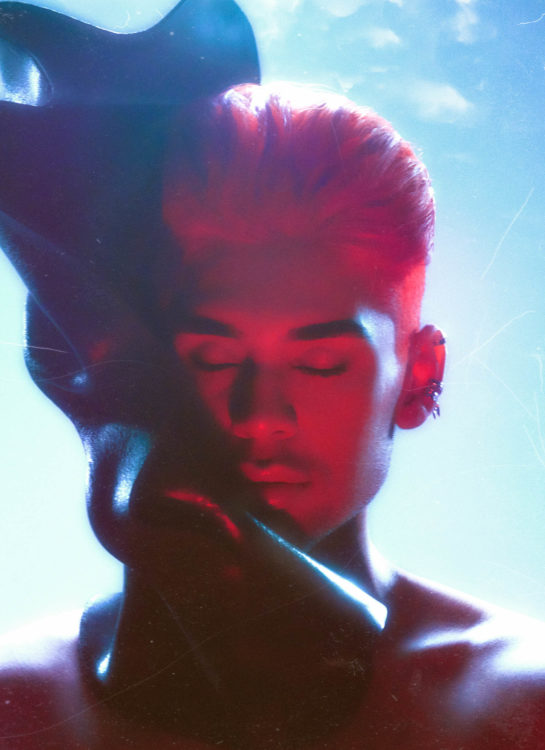 Do you believe that if an artist isn’t growing constantly, they’re stagnant? What is your approach to artistic evolution?

An artist isn’t stagnant if he is the source of talent. For the sake of evolving: do lots of experiments and take notes, try new things and relate them to things you know.

The song is co-written by Farid Jafarli. How did this collaboration come about? Have you always wanted to work with Farid?

When I started my masters degree at British Irish Modern Music Institute in London, I thought I would be the only person from Azerbaijan who studies here in London. We met with Jafarli online and then came to my home studio in Knightsbridge. We had a great time and as soon as we started talking about our favorite Azerbaijani musicians and artists I knew that he would attend the premier of my album as an executive producer of the album. Farid Jafarli is an extremely talented musician, music producer and vocalist. He worked so hard for this album and did an exceptional job. I think meeting Farid Jafarli is one of the results of me manifesting a high quality product. Farid produced three more songs besides “Bloodline” for the EP. These songs will cause you eargasms.

You have 343,000 followers on Instagram. That’s a huge audience. Do you feel a weight of responsibility to be a role model?

I’ve got my constant growing following since 2012 when I started instagram and got some fame as a young classical performer. I’m an artist and I’m not a lifestyle influencer – so I don’t feel a big responsibility. I have only one commitment and it’s posting relevant content about my art and regular day. I don’t think I would have a public instagram page if I wasn’t an artist.

How important do you feel social media is for artists today?

Very important. Social media can change your life. For instance, I like how Andy Warhol said: “Making money is art”. I think for the current generation making viral content is a form of art. Eventually, successful content pays your bills, be independent and relieves your mental health. Every single artist should share on tiktok different versions of their written song.

In a parallel universe, what would you be doing, if not an artist?