A shape-shifting, interdisciplinary artist subverting the traditional ties between music and art, we chat to Sudan Archives about storytelling, visuality and her own organic growth.

Sudan Archives is an artist redefining the world on her terms.

With her musical dexterity and emphasis on visuality, she finds her place amongst a creative scene comprised of a divine clan of powerful performers – featuring the likes of Kelsey Lu, Kelela and FKA Twigs – heralding in the all-mighty wave of a Black renaissance.

A creator who genuinely lives and breathes her craft, over the course of her musical career, Sudan has carefully shaped and moulded her artistic persona as an organic extension of herself and her own personal growth. This is something clearly seen in her colossal progression in the space of just four short years, from the ‘Sudan Archives’ and ‘Sink’ EPs released in 2017 and 2018, to her latest otherworldly musical offering, ‘Athena.’ It’s rewarding, to say the least, seeing an artist who tends to her craft as much as she does and develop at the rapid pace that she is. By listening back through her discography, you can trace out the journey of progression that Sudan has taken thus far, as her beats get groovier, her lyrics get more textured, the crescendos get grander and the layers of musicality become more sophisticated.

She shapes and forms her creative persona in her palms, her musical dexterity and focuses on the aesthetic enabling her to shine a spotlight on the intersections between fantasy and the rawness of the lived experience. Sudan brandishes her violin as a tool with which she can shape the otherworldly sonic elements and soaring rhythms which inform the very essence not only of ‘Athena’, but her artistic practice as a whole. 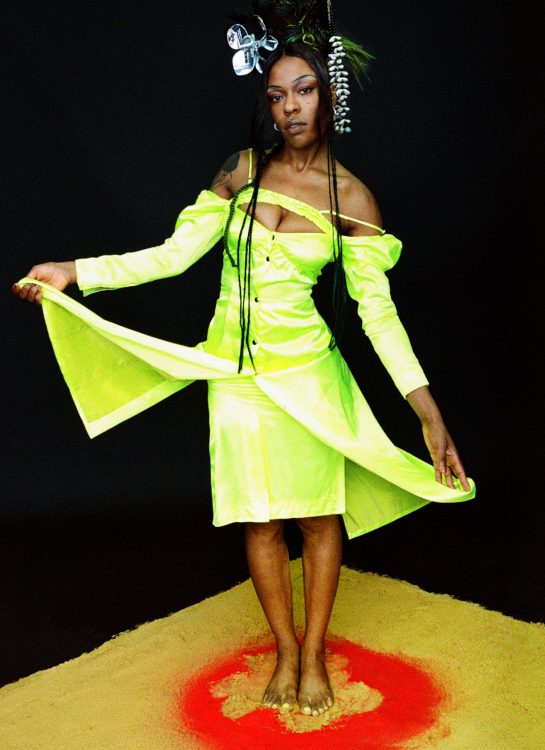 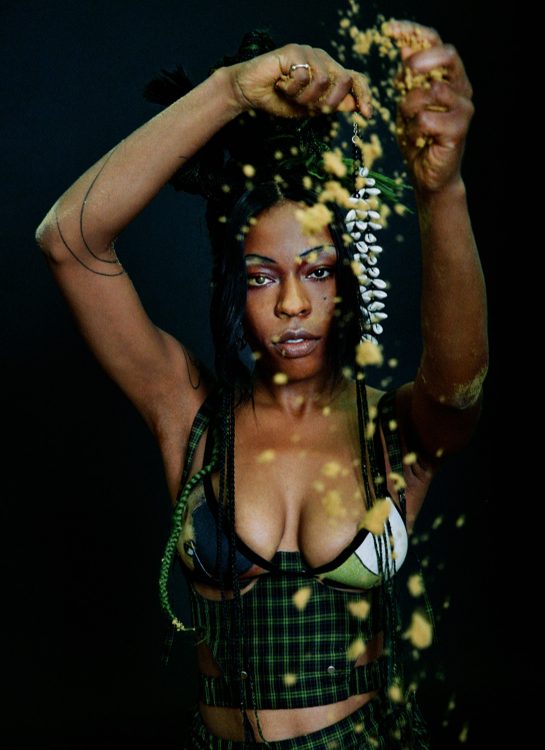 “I basically thought it would be cool to just put a new face on a really old ancient goddess figure,” she says, regarding the title of her debut album that dropped at the tail end of last year. “When you google her, there are no images that look like me. So, I just thought that’s what I want people to feel”.

By centring herself, a powerful black woman, at the very heart of ancient mythologies grounded in the canon of Western thought and writings, Sudan exhibits her deep understanding of the duality of the world we live in, as well as the power of contrast and coexistence within one entity. In fact, “even before I named it Athena, I already knew I wanted it to be a sculpture,” she says, speaking of the cover art which features a powerful, black woman standing atop a pedestal, wielding a violin in hand.

By articulating and realising her own version of ‘Athena’ – a tangible, musical entity teeming with poetic sensibilities and emotion in its most tender state – her music plays a history-making function, carving out space and giving a voice to marginalised groups, thereby, enabling them to flourish. Through visible and tangible representation, Sudan is using her spellbinding craft to enthral and nurture her fans, allowing them to envision alternative futures and possibilities vicariously through her form.

When she, herself, was younger, she looked up to figures like Erykah Badu in much the same way too. “Because of her vibe, it was nice to see people that looked like me that were just going at it and being out there,” she tells me – something which is evident in the similarities between both of their allegiances to music as an art form and a force to be interacted with, not just listened to. 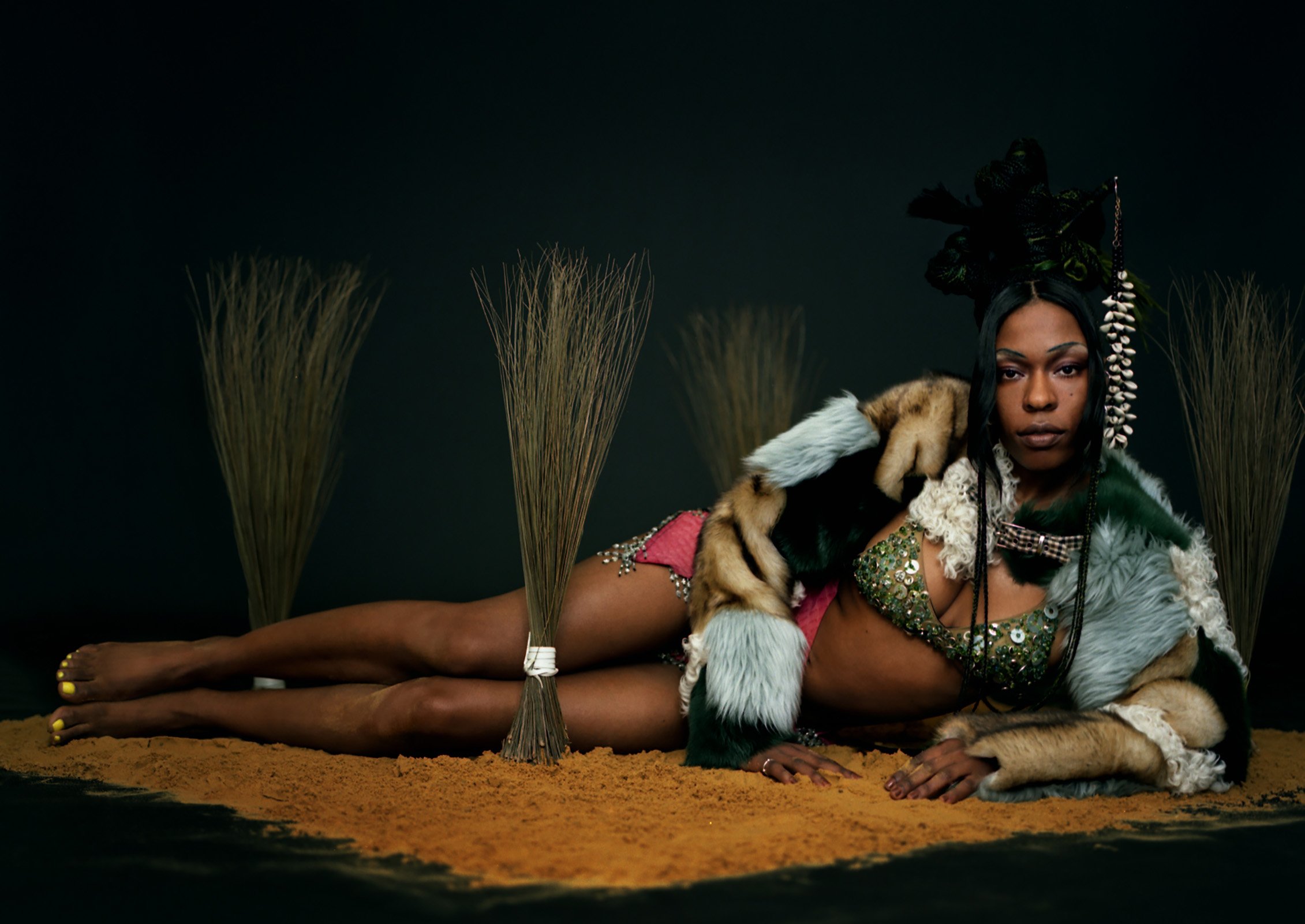 “Whenever I make music, I see the song already,” Sudan explains. “For some reason, I want to say I’m a visual artist first, that happens to do things that tie it all together. I feel like I’m a vibe maker and a world maker or a visual artist, and everything that I do is just making that vision come to life.”

This interdisciplinary nature of her craft is what makes her work all the more beguiling. It means there’s more to absorb, more to get your teeth into and more artistic mastery to grapple with. “I feel like I can be anything. I fit in with any craft and I’ve always felt like that – now, I’m just embracing it. I guess that’s a good thing,” she tells me.

Take the latest video for ‘Limitless’ that was released last week, for example. Seeing dynamic, female bodies as a manifestation of strength and unity, Sudan demonstrates the power of finding your own tribe of women to vibe with. Subverting Grecian iconography and playing it off against contemporary clubbing aesthetics and synchronised choreography, she provides her fantastical take on what it is to be a woman in our modern-day and age and what real womanhood means to her. Piece by piece, she is moulding and forming her own space within the canon of art, teasing the boundaries of what an artist is meant to create, as well as bringing together the seemingly disparate and far-reaching strands of her practice, to form one cohesive whole. 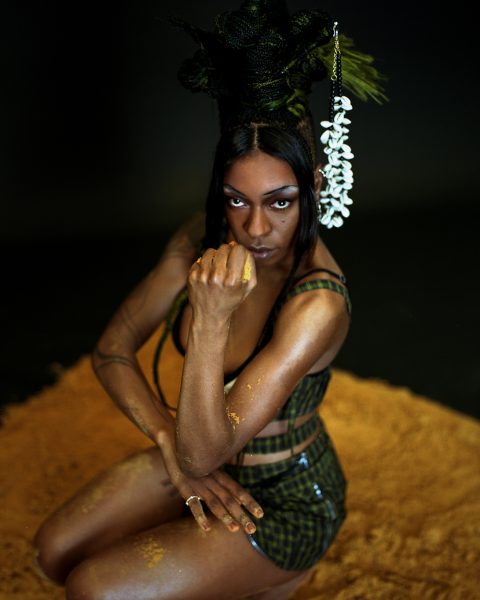 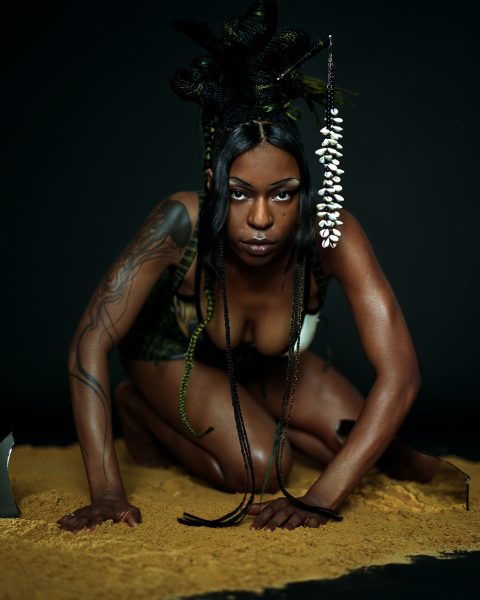 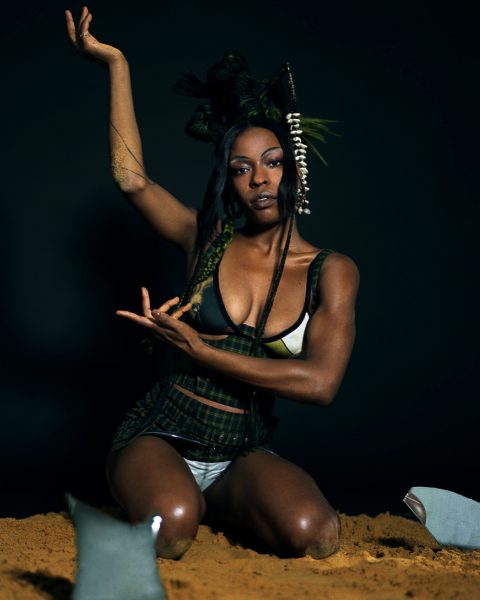 But, amazingly, it’s all still a work in progress for Sudan. When I question her on the most important thing she has learnt about her soul over the course of her creative pilgrimage, “maybe that I’m never going to stop growing inside,” she replies. “It’s like every day I’m getting more confident which is good because it’s all just a journey.” As it is with the most innovative of creators, she’s constantly receptive to news ways to build upon her foundations and reach for some kind of higher reward. “I feel like I’ve made a good base and foundation now. So, everything that could happen is almost just up to me now and it’s kind of scary and fun at the same time,” she muses. “I just want to tell more stories, more in-depth. I don’t know what that means, but I want to really go in on the storytelling.” 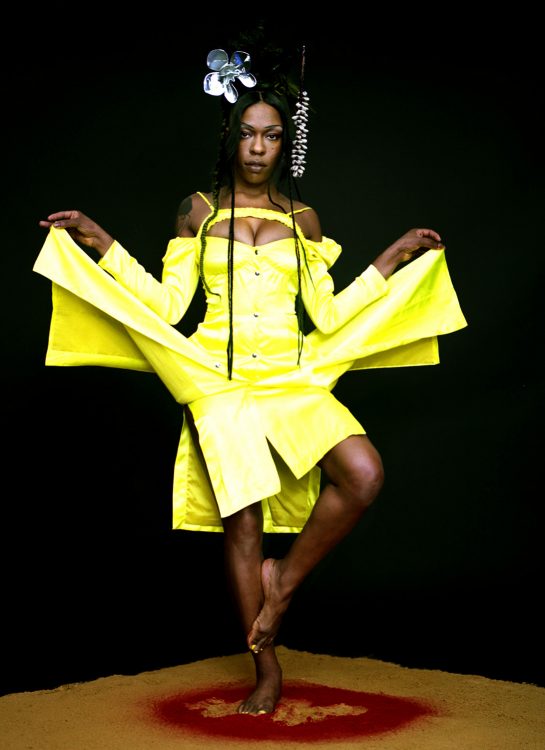 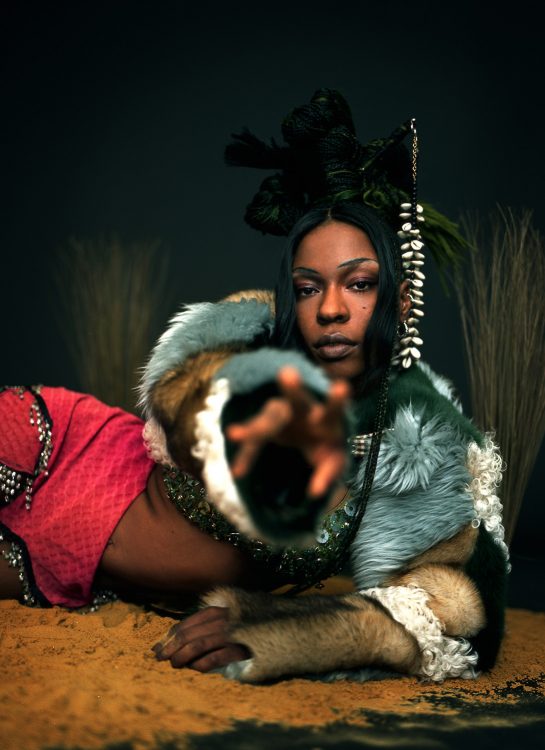 An artist in the truest sense of the term, Sudan’s attitude to her organic growth and development complements the all-encompassing scope of her imagination and visual modes of expression. Liberating herself from the shackles of definition and the limitations that the label of ‘musician’ can impose on a creative, she appears determined to continue on her artistic journey, honing her creative voice and reacting to whatever the world happens to throws her way.

Upon finally asking her to summarise what ‘Sudan Archives’ represents to her, she pauses: “Just a free person who wants to inspire people to be free, I guess” – I, for one, couldn’t agree more.