This August, dive into musical events by Somerset House and Peggy Gou, as well as the return of Notting Hill Carnival and Ronnie Scotts.

After a two year hiatus, the iconic Notting Hill Carnival is finally back, taking to the streets of West London on the August bank holiday weekend.

Celebrating the rich history of Caribbean culture in London, the carnival started back in 1966 with around 500 revellers in attendance. Today, Notting Hill Carnival has blossomed into the largest street party in the whole of Europe, attracting hundreds and thousands of people to London each year. There are usually around 50,000 performers, over 30 sound systems and countless food stalls to choose from.

Throughout August, step inside This Bright Land, a new festival celebrating community and culture at Somerset House.

Find out more at www.somersethouse.org.uk

Founded by photographer Roza Wiktoria Tyborowska and fashion stylist Marko Vrbos, who share a passion for rave culture, Frequence Me Up is a ‘deep house group therapy event’ where the world of electronic music, art, poetry and fashion merge together.

Hosting their first instalment ‘energy interaction’ on the 12th of August at Star Lane Pizza Bar, the duo invite you to dance, aiming to create a judgement free space for healing. Keep your eyes peeled as they will be hosting monthly events at various locations throughout London.

Learn more here and get your tickets to their first event on the RA Website.

Running on the 31st August-1st of September, the shows will showcase their newly released album ‘The Start of No Regret’, combining drum and bass electronic principles alongside a live band. For more information, and to grab tickets, find the link here.

All Points East festival returns to East London’s Victoria Park on the 25th of August. The full line- up has now been announced with headliner slots from Tame Impala and the Gorillaz. Also joining the bill is Caroline Polachek, Omar Apollo and Working Men’s Club.

Another festival set to takeover Victoria Park is Field Day on the 20th August.

After stops, starts, storms and pandemics, Houghton Fest is finally back for its third instalment in six years.

Started in 2017 by DJ Craig Richards, the festival was only able to run in its first year and 2018. In 2019 it was called off due to adverse weather conditions and in 2020 and 2021, Covid prevented the festival from getting the green light.

Now, six years on, the electronic dance festival is set to run at Houghton Hall in Norfolk from the 11th to the 14th of August. With Call Super, Antal and Joy Orbison gracing the lineup as well as a myriad of other talented DJs, Houghton is set to defy expectations with its comeback.

Every year for three weeks in August, art and culture lovers descend on Edinburgh for “the single greatest celebration of arts and culture on the planet.”

Artists and performers take to hundreds of stages for a city-wide takeover spanning all genres from theatre, comedy, dance, physical theatre, circus, cabaret, children’s shows, musicals, opera, music, spoken word, exhibitions and events. From big names in the world of entertainment to unknown artists looking to kickstart their careers, there really is something for everyone.

You’ve probably heard of Yayoi Kusama’s dazzlingly Instagrammable ‘Infinity Rooms’ at the Tate Modern which, due to popular demand, has been extended until June 2023. Now, Yayoi Kusama is back with another gram-worthy venture, inviting you to create art collaboratively for her latest interactive project ‘The Obliteration Room’.

Guests are ushered into a bare white apartment splattered with a kaleidoscope of dots and encouraged to join in – the only aim is to be as colourful as possible. There’s no limit to what you can decorate – the floor, walls and furniture are all your canvas.

The ‘Obliteration Room’ – part of UNIQLO’s Tate Play at the Tate Modern –  is a wholesome activity for all ages, as well as being completely free. It will be running every day from 10am-6pm until the 29th of August.

Boutique festival Cloud X Festival returns for its second year, a London-based community aiming to curate an inclusive space for all. With a 60% female line up including Nayana Iz, Biig Piig and Sasha Keable – and tickets at under £30 – Cloud X is a homegrown South London festival not to be missed.

Speaking on the festival, co-founder David Dabieh says: ‘Cloud X aims to nurture and encourage the quality of simply being oneself… Championing soul, R&B and alternative sounds we hope to give an intimate, inspiring and soul-warming day out.’

Cloud X takes place on Sunday the 7th August at Studio 338. Sign up for tickets here.

Head down to Tobacco Dock on the 12th-13th of August to celebrate London Craft Beer Festival’s 10th Birthday.

“As it’s our 10th birthday we’re going all out to create the best craft festival ever. We’re inviting our favourite breweries from the last decade as well as some of the hottest new breweries to come and pour for you. We’ll have a host of London’s top chefs serving up a special feast for you to enjoy and some special music guests to create on epic party.”

You can still buy tickets for the event here.

Running this year from the 21st June — 21st August, summer at the RA is a highlight of any Londoner’s art experience calendar. Having run without interruption since 1769, the Summer Exhibition showcases art in all forms, from prints, painting, film and photography, to architectural works and sculpture by invited artists, Royal Academicians and emerging talent. This year’s theme is ‘Climate’. Most of the works are available to buy, and proceeds from the Summer Exhibition directly support the exhibiting artists and the RA’s charitable work. Find tickets here. 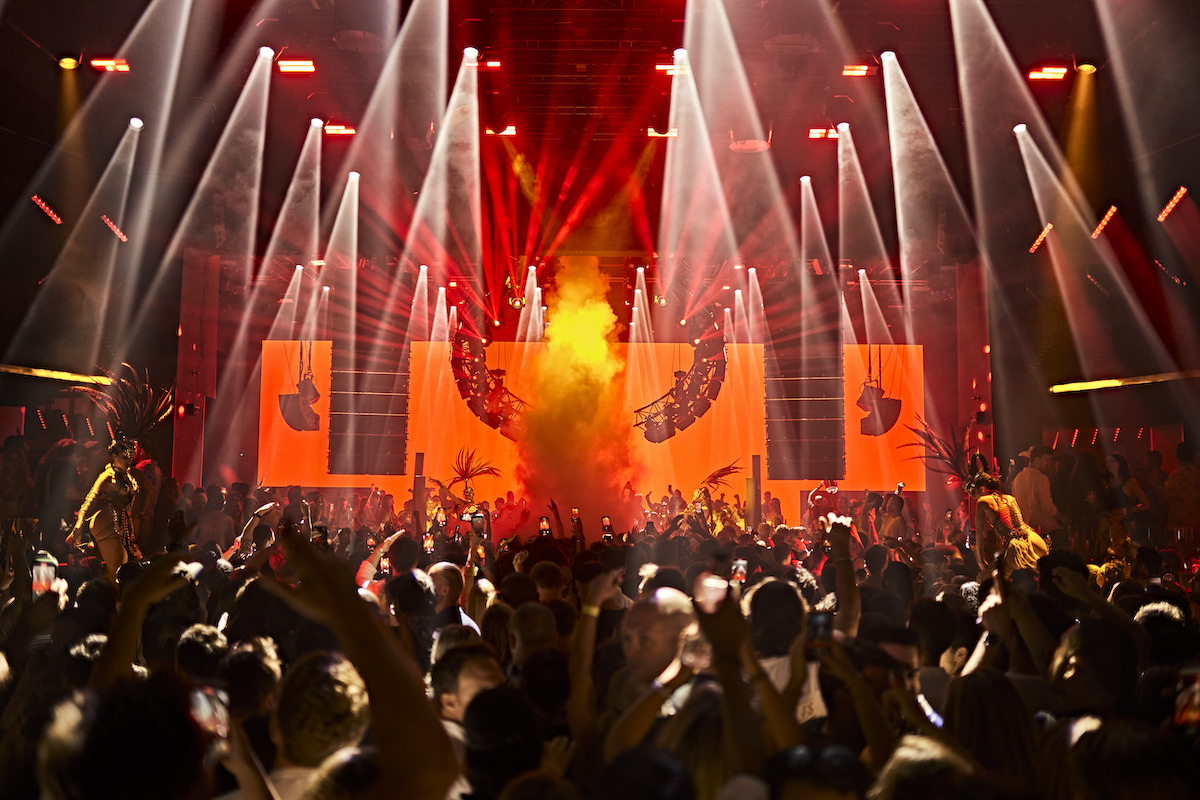 Dance the Day and Night Away at Hï and Ushuaïa Ibiza

Heading to Ibiza this August? The summer season is in full swing with tons of incredible events lined up.

Every night each week throughout the summer, dance your heart out at two of the island’s most legendary clubs, Hï and Ushuaïa Ibiza.

At Hï Ibiza, catch Nicky Jam, Alok and more fuse Reggaeton with electronic music on Mondays, whilst American house duo The Martinez Brothers have their first ever Ibiza residency on Tuesdays. Australian superstar Fisher headlines Wednesdays, while electronic duo Tale Of Us return to Hï Ibiza with their acclaimed series Afterlife on Thursdays. Over the weekend, world-renowned DJ, David Guetta, brings Idris Elba and Fat Tony for an explosive event every Friday. The GRAMMY award-winning Black Coffee plays Saturdays and house and disco collective, Glitterbox, closes the week with a fun-filled Sunday party.

Iconic Ibiza hotspot, Café Mambo, is the place to be for sunset this summer. The ultimate place to see and be seen in Ibiza, the venue has revealed a stellar line-up.

On Tuesday’s The Martinez Brothers take over the decks, while Wednesdays sees the inimitable Fisher make an appearance, joined by big names including Brazilian maestro Vintage Culture. Thursdays will cater to brand-new Pacha event El Baile, ahead of Friday’s Defected Eden pre-parties, hosted by Sam Divine and Low Steppa. Saturday sees Claptone make an appearance ahead of his ‘The Masquerade’ residency at Pacha, while Sunday is the iconic Glitterbox, with house royalty Bob Sinclar, The Shapeshifters and Roger Sanchez all lined up for sets.